Isostuff is now entering Alpha state. In this article I will give you an overview of the milestones taken since the last update.

During the last months, I implemented quite a lot of features into the engine and game logic to lift this game up into Alpha state. The first game mode is working and most of the core game mechanics are implemented. Following is an overview of the features I wanted the game to have before reaching its Alpha stage. All of these are now implemented and tested. 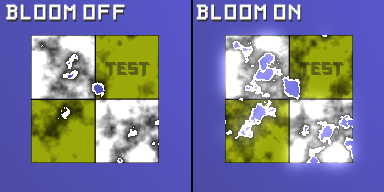 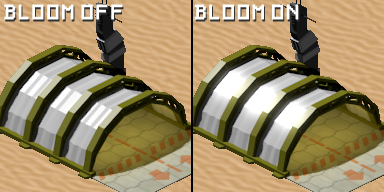 Supply Depot without and with HDR Bloom enabled 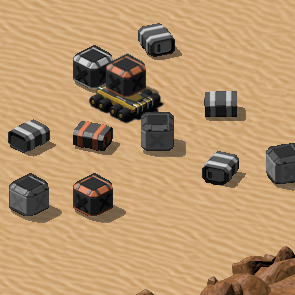 The next things I want to complete before the next Update are basically of visual nature.

I will improve image post-processing effects, build some new assets for the levels and implement one new unit (the basic tank) along with an extended damage system. Units will have different armor rating when attacked from different angles to add a tactical component to the game. Large supply crates will slow down construction vehicles when picked up and some basic power ups are to be introduced with the upcoming Alpha update.

One last thing for today:

I really gained a lot from Joey de Vries great OpenGL tutorials. For those of you who are interested in the possibilities modern (core profile) OpenGL has to offer, I recommend visiting his web site: Learnopengl.com

This is where I learned the basics of awesome image effects such as the HDR Bloom I use in my game.

I just found this paper about different approaches on RTS network code design in Age of Empires 1 and 2 on gamasutra: Gamasutra.com It may be a bit old, but it gives interesting insight on the topic of multiplayer network programming especially for RTS games.