As well as generating your footy fixtures at the beginning of a season we also generate positive and negative incidents but how do these in-game incidents actually work?

Here we have a mock-up of a media type incident.

We want to include a range of incidents that will hopefully reflect the craziness of real football taking in media scandals, injuries, corruption, money, player mentality's and your own well being!

Also as a manager you can earn abilities that will negate the effects of incidents but that's another update. 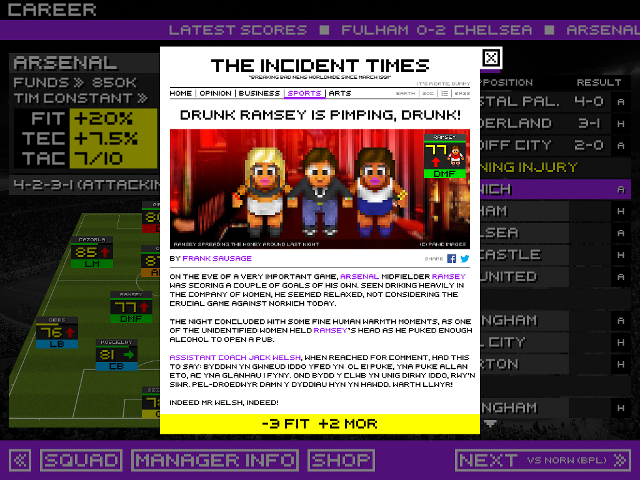