The latest build of Through the Dead City is now available to download.

Through the Dead City's Second Alpha

This update focuses mostly on fixing some of the major issues with the first alpha. The most noticeable changes are the new survivor spawning, fixed melee attacks, and the new title screen. Survivors now spawn more frequently, although they are still meant to be somewhat rare. Melee weapons were a little broken before because the AI were able to hit the same enemy multiple times per swing. The melee weapons now only hit once (per enemy in range) per swing, and you can now hold down the melee button to continue attacking. This means you'll have to be more careful when dealing with large groups of zombies.

I've also thrown together a better title screen. It's not perfect but it'll do for now. 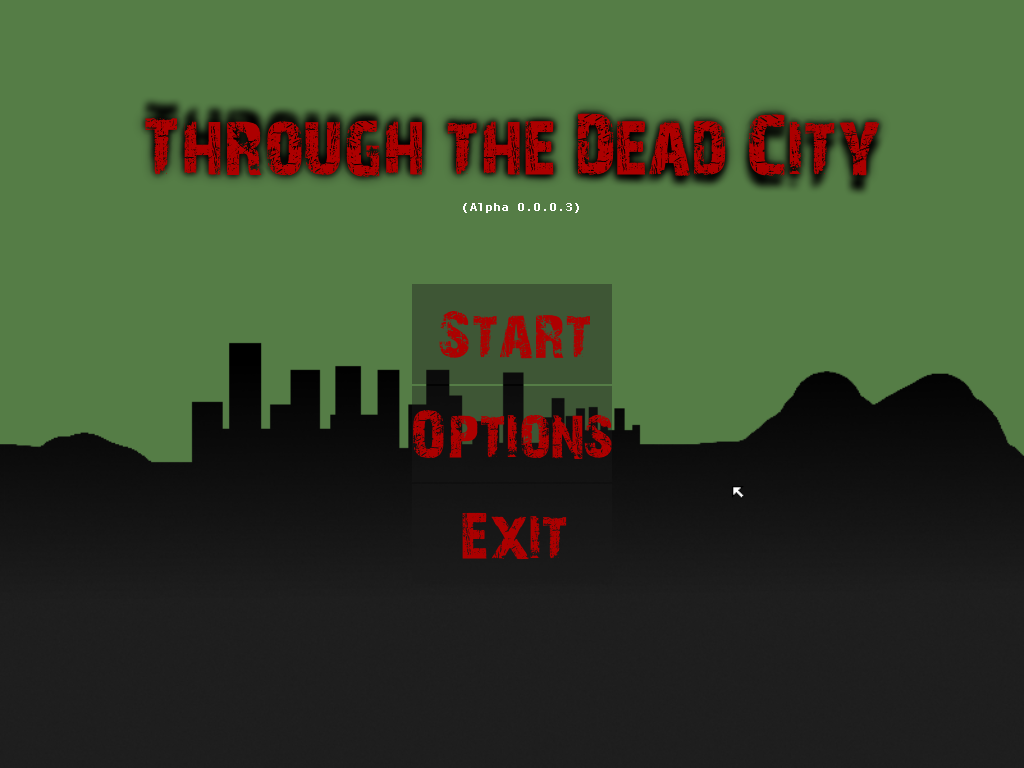 The game now supports many more screen resolutions and will save your settings for the next time you play.

There isn't really any new content in this update so everything still looks the same. The next update will focus on adding new content and gameplay features. 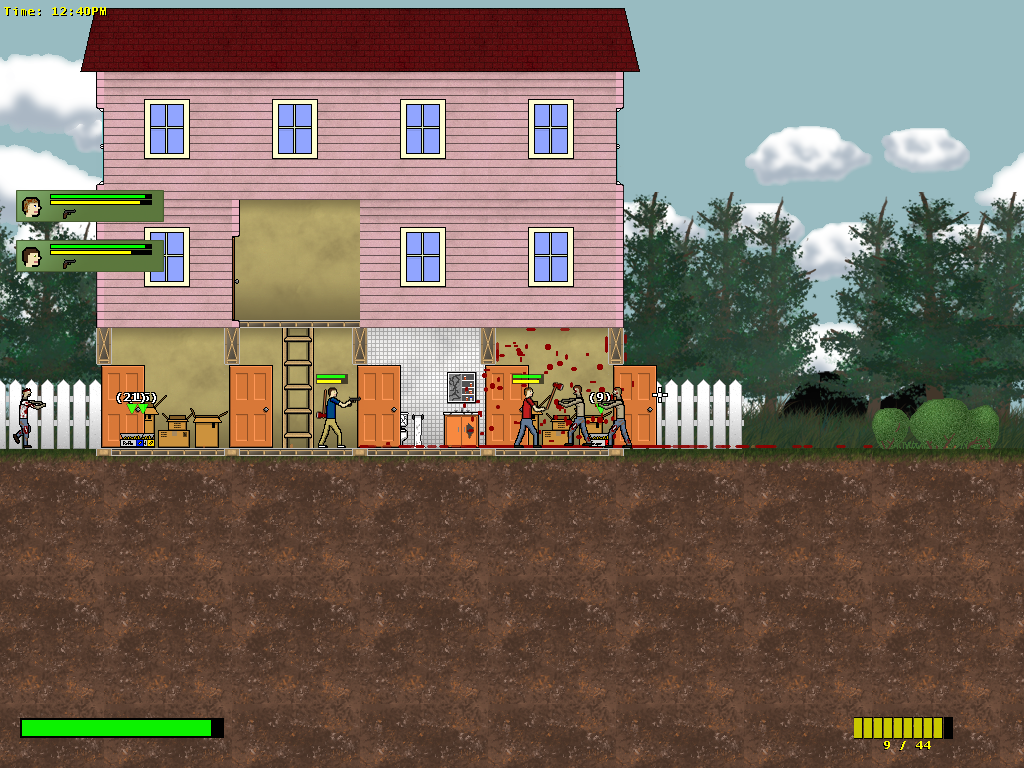 I'd like to thank everyone who played the first alpha. I got tons of great feedback and hopefully that will continue so I can make Through the Dead City a game that everyone will enjoy!

thanks for another alpha!

i can´t play it, it says me it´s already installed

You might have to uninstall the old version first. It should be in your "Programs and Features" like other programs.

Where to we go to talk about an encountered bug?

There is a Feedback/Bug Report link on the bottom right of the pause menu in the game. The link is also available on the first alpha news post just below the download.

Cool!! thanks for the new Alpha :D. I see a good future to this game.

Looks great :D But its getting quite boring really fast.
You should add more weapons :D or upgrades for weapons.
And different zombies, for example armed zombies or biiig zombies.
and explosions...we need explosions.

i downloaded and played it. but uninstalled after 15 minutes. i hope it improves in future updates of this game

I played and enjoyed this game for about a half hour, until I decided to jump off a building to see what happened when you died. So, from what I've played, here are some suggestions: Make ammo, weapons, and survivors harder to find, make it so when you die you can become one of your survivors that are in your party(No survivors in party ends up in a total restart of the game, but in the same world), and add some form of multiplayer. I can see lots of potential in this game!

Also, I absolutely love being able to pause and order survivors around. Very nice addition!

Huh, this one got right under my nose. There really isn't enough side-scrolling games in the world, and there never will be. Zombies along with it i think I've only seen once before so good on yeh mates. Only thing i'd watch out for is making sure your game is big enough, alot of side-scrolling games have that problem.

Looks fun Im going to download and try it now.

This game is really amazing I wish it can be multiplayer thought and have checkpoints!!! :D