In this multiplayer prototype game, you can see live video of each other inside the virtual space. 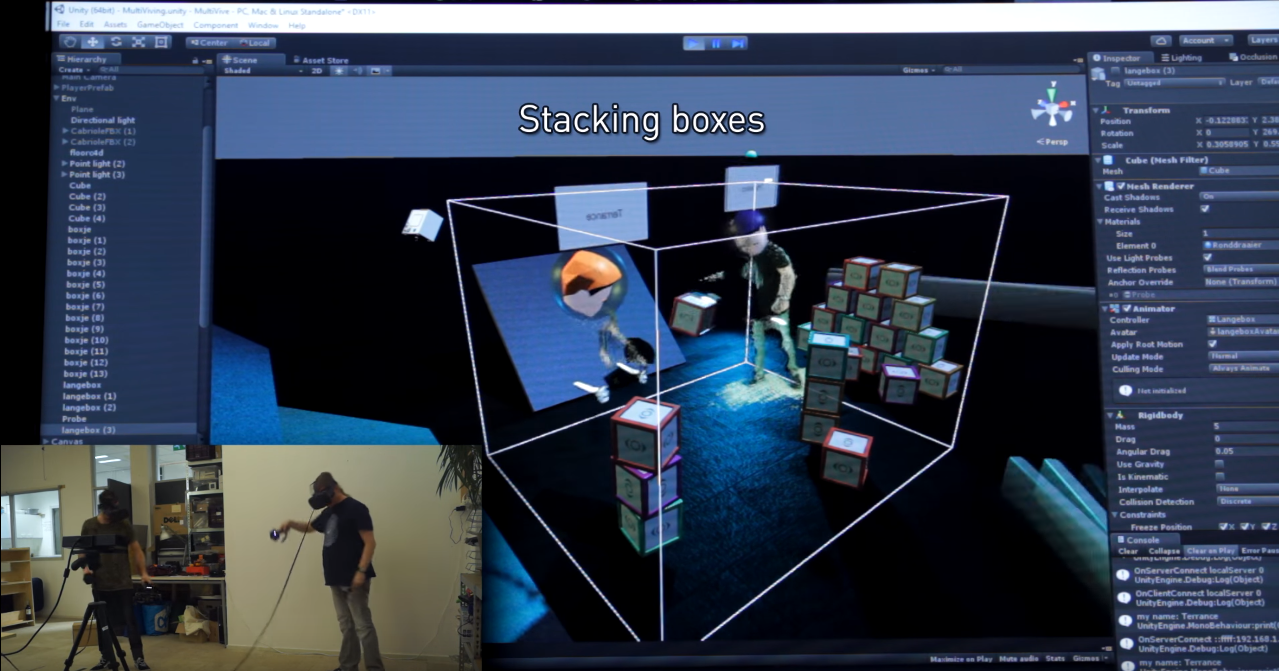 Though multiplayer games on the HTC Vive in which players share the same space are nothing new, you generally only see a representation of each other as a 3D model or character. This is because the Vive's sensors only track your movement within that space; no cameras are capturing video of your body itself.

Dutch developers Jasper Brekelmans and Jereon de Mooij have changed this by adding a Kinect for Windows to the mix. The Kinect detects multiple users bodies in 3D space - using this information, the developers represented that movement video data in the VR space and aligned it correctly with the Vive's positional tracking. The result: You can see a video representation of a live person inside a virtual environment.

What's even cooler is that this effect is not limited to users on a local area network. If both users have the same setup, they can stream the data online and inhabit the same virtual space no matter how far away they actually are from one another.

Given the Kinect's limitations, the camera only captures the side of the person that is facing it, so the video representations aren't perfect. But it's still an incredibly impressive result given that the users don't need to wear any additional suits or sensors. Though this project is just an experiment for now, we can already see the potential for future applications and games. 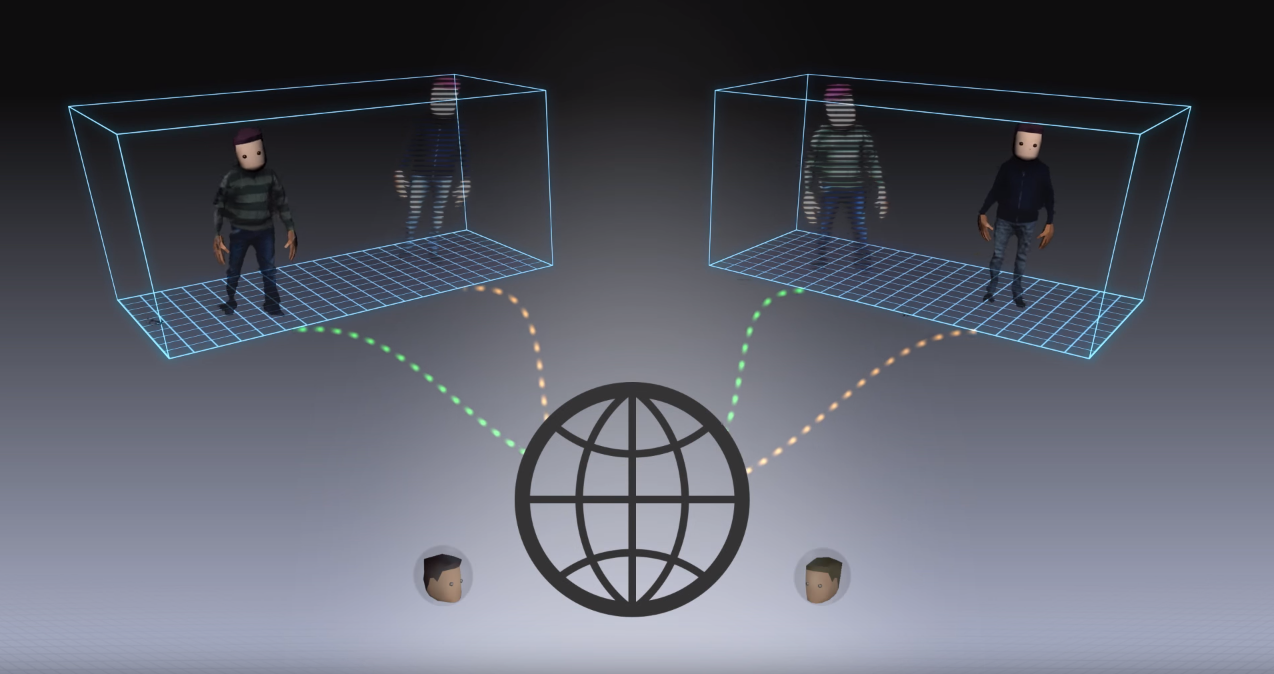