Hello Captain! It's been a busy month, a lot of games came out in November. The Delay of X-Com 2 surely proves that Jake Solomon predicted these turn of events...

I've personally got my hands full but I've managed to get a bit done this week, here's my report:

The v2.3a Test Build was released to selected players. It's been productive feedback thus far but we still have a way to go to fix up the game for public release.
Sprites and Tile Graphics relating to MacReady's Story are complete, in game and ready to go.
MacReady's story has started, He now appears in story mode, explains the events of US Outpost #31 (Skip-able but recommended if for some reason you haven't seen the awesome 1982 movie) and is ready to begin his "choose your own adventure" flashback sequence.
Artwork for MacReady's Story is currently being made, 6 of 32 images are complete.
Corpses and more gore have been added to the game to replace most of the skeletons found previously. The Dead Space series approves.
Voice Acting is nearing a close (Finally!)
4 more voiced characters have finished recording and editing and are now setup in the game.
2 more voiced characters have just been handed in for me to edit and will be in game shortly.
1 more character needs recording and has just been assigned a voice actor (fingers crossed)
As requested I added an option to toggle voice acting on or off when starting Prequel Mode. It should be fine but no promises...
A missing file error has been fixed. I am attempting to keep download size low (its about 350mb currently) and I'm looking at ways to cut excess/unused files such as audio down. It's hard to track what files are/are not used in the game.

If all goes well the game should be release in 2 to 3 weeks. Aside from Art/VA work; the work I am responsible for will take 2 weeks roughly to finish. I just need a week to test everything and play the 50 hour RPG making sure its smooth. It's stable for the most part but I'm very picky about minor graphical/display issues. My spelling isn't the best but I assume most people are creative when reading my text...

One other thing Captain; There have been rumours circulating about an 80's Arcade Game 'lost' in the Arctic. I wonder who holds the high score... 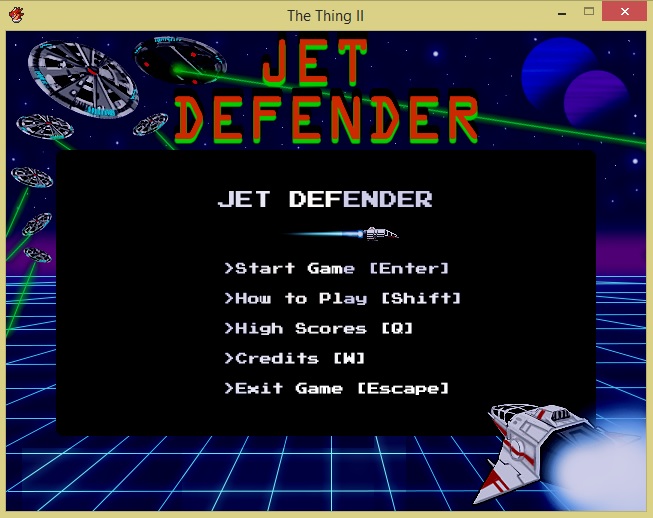 Sweetness all around, except for the higher difficulty.