Post news RSS They Came from Beyond - How it Started

I enjoy playing 2D RPGs, well – up to a certain point. Back when the SNES Mini came out I played through quite a few of the classics; Chrono Trigger, Earthbound, Secret of Mana, Illusion of Gaia, Terranigma, and tried a fair few others. I loved the atmosphere in the games, the often quirky humour, the beautiful pixel art, the vast variety of environments, and many other things. They are rightly revered as classics of the genre.

I enjoy playing 2D RPGs, well – up to a certain point. Back when the SNES Mini came out I played through quite a few of the classics; Chrono Trigger, Earthbound, Secret of Mana, Illusion of Gaia, Terranigma, and tried a fair few others.

I loved the atmosphere in the games, the often quirky humour, the beautiful pixel art, the vast variety of environments, and many other things. They are rightly revered as classics of the genre.

What I didn’t enjoy though was the grinding – the same battles over-and-over again, trying to build up stats and powers. It felt like false gameplay – a mechanism to force extra hours of play into each game. I don’t have the time to battle through; stuff like work, family, exercise, and so on leave a limited number of hours a week to play.

Also, and I am slightly scared to say it out loud, but I also don’t really like endless bouts of dungeon crawling. After a while, they seem to get very samey and repetitive.

Now this is, of course, a personal opinion, and I respect those who love their dungeons and grinding, but I thought to myself – I’d like to make a 2D RPG, but just one with a slightly different spin… 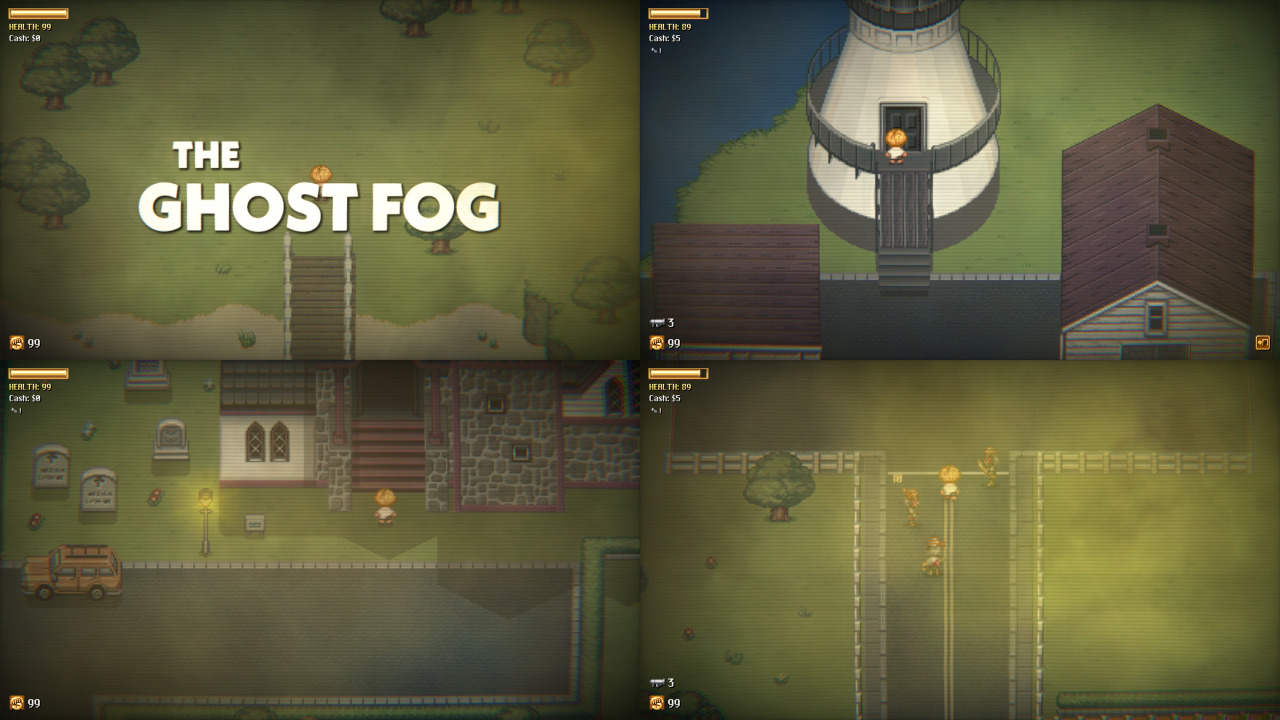 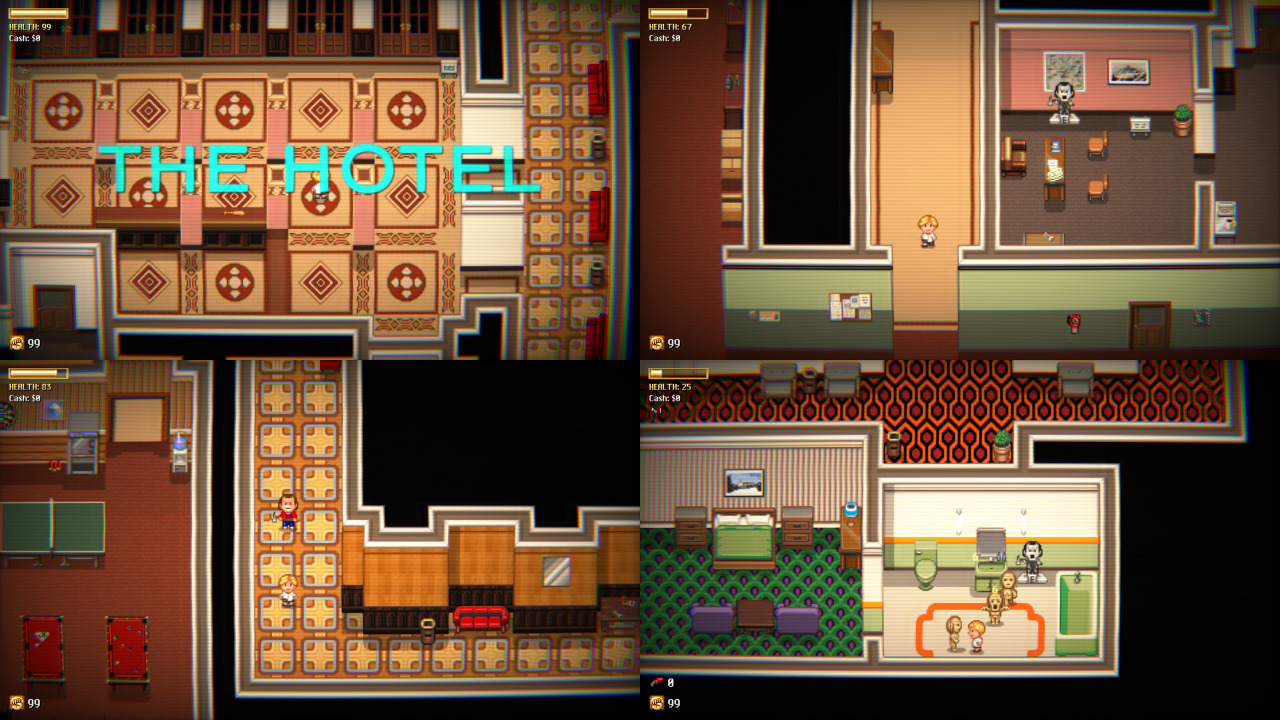 What’s it all About?

As I’ve said, I wanted to try a different approach – a combination of a big open world where you can meet and talk with an eclectic bunch of different characters, perform tasks and quests, solve puzzles and find ‘stuff’ along with a series of sub-levels which replace the typical RPG dungeon quests.

The sub-game levels started quite heavily influenced by Zombies Ate My Neighbours, fun and fast-paced monster battling, hunting out and finding level items, rescuing prisoners and experimenting with lots of cool weapons, all presented in the top-down 2D engine.

I did a few of these and then thought – hold on, I can expand the concept here and go mad – so I did; adding a 3D retro first-person engine, which allowed for 3D survival horror, FPS Doom style shooting, Battlezone type levels of robot blasting. I then added a platform engine so that I could do platformer levels and run and guns.

Along the way, I also decided to tie these all into the story via portals which are opened by the player after collecting and using certain items. As I was setting it in a vague 80s style timeline (I know, everyone is doing it, but heck, I grew up during the 80s, so I have a strong affinity for that period), I decided to make these items specific to that era… 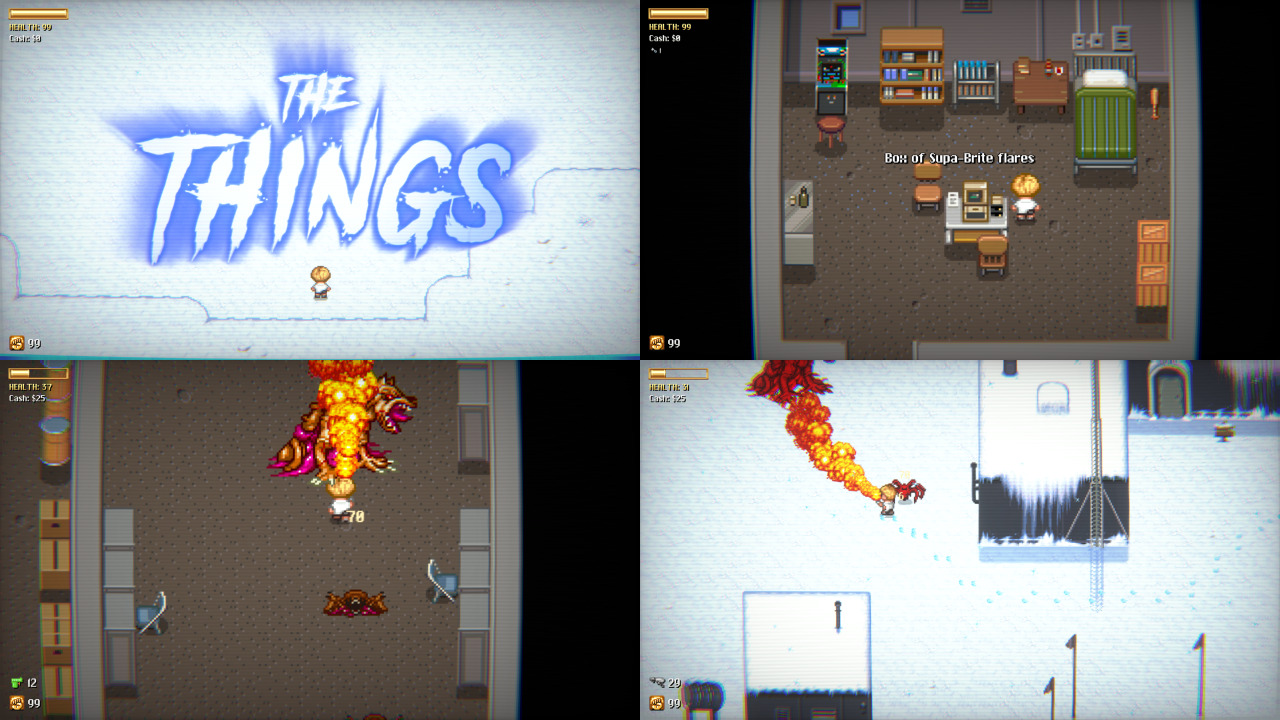 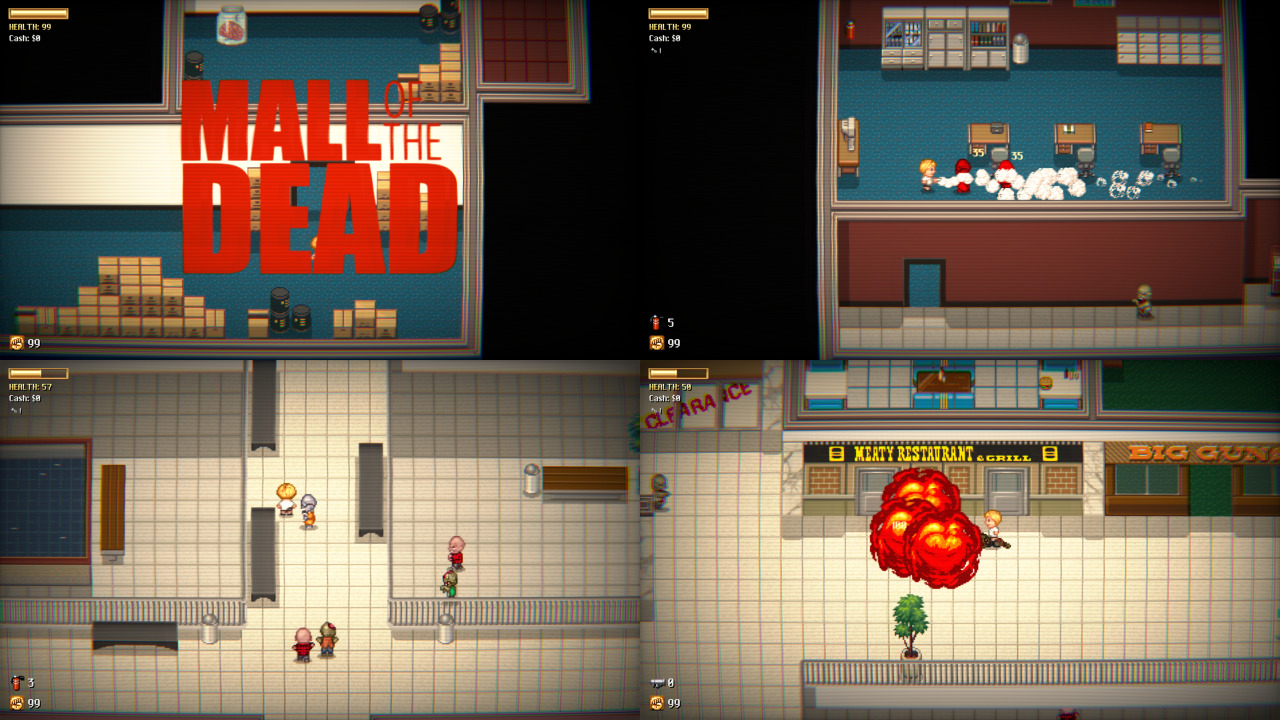 Opening-up the Other Worlds

Videotapes, old computers and arcade machines! What could be more typical of my 80s childhood than those! The concept is – the local kids have been kidnapped by Aliens (a bit of an Earthbound thing there) and zapped into scary videos, games and arcade games. Find the tapes and games where the kids are trapped, use them in a suitable video player, computer or arcade cab and get fighting and exploring!

If you have ever played any of our other recent games, you’ll know I am more than a little bit obsessed with putting in references and homages to classic games and movies. Life of Pixel was a game ALL about that!

But what They Came from Beyond offered was the freedom to explore so many more things, to go all out and add in bits of everything I loved growing up! So, I now present my current list of influences, each of which has featured in one way or another in this game:

And the cool bit is that those are the bits already done – so I still get chance to add in lots more good stuff from many more horror films, games and pop culture that I loved (and still love). 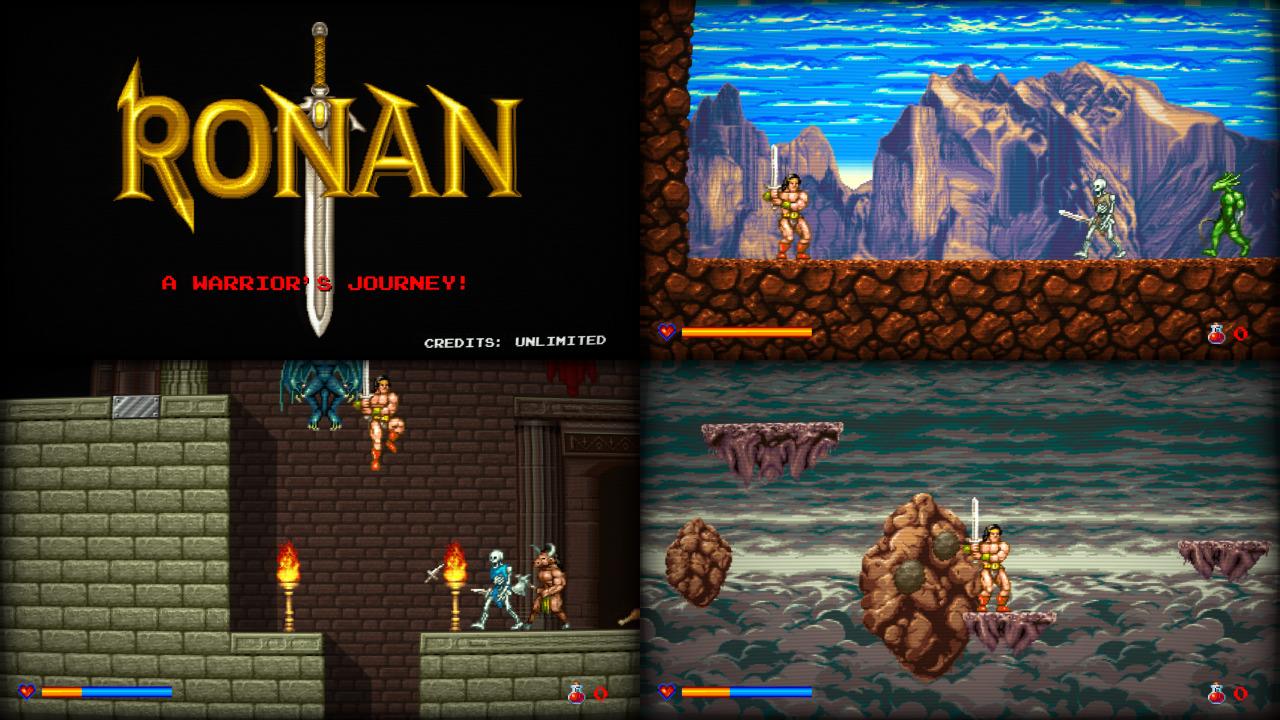 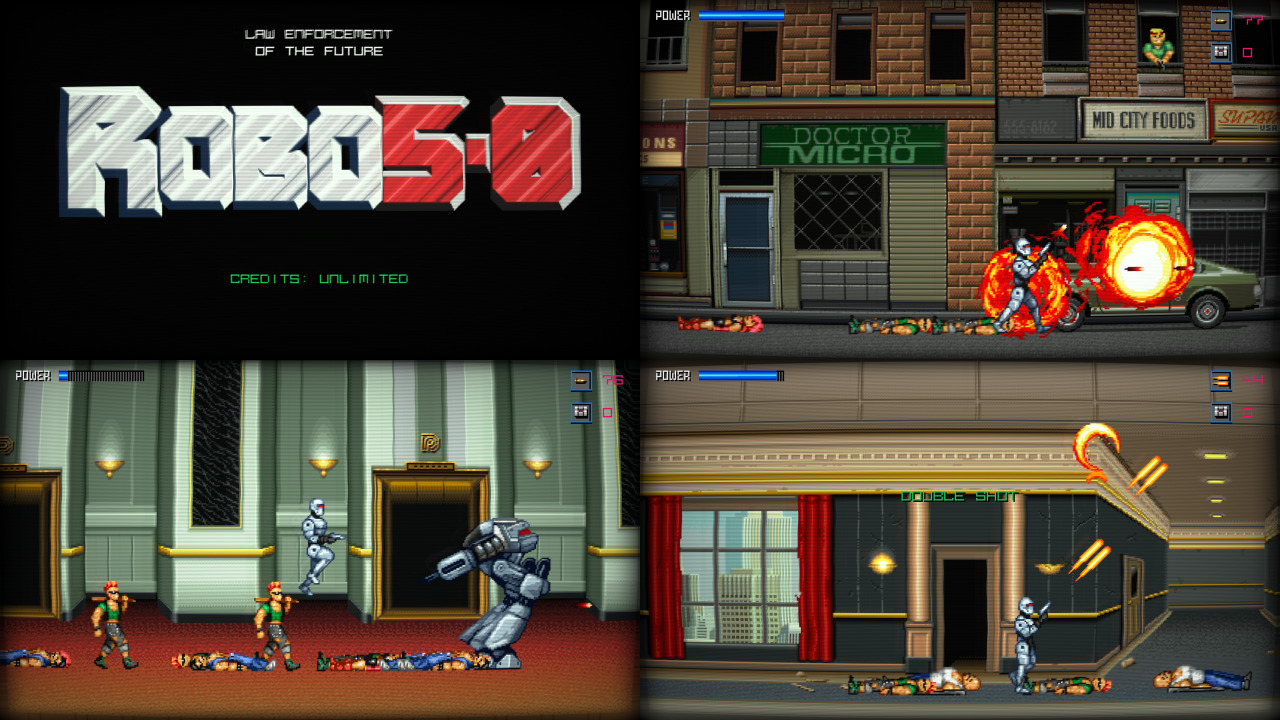 And yep – no dungeons, well… hardly any; one of the sub-games is called Deep Dungeons, and offers a spin on Gauntlet.

And, more importantly (to me anyway), no grinding!

So here is a screen from each of the sub-games implemented so far. I may be biased, but I think it beats endless dungeons! 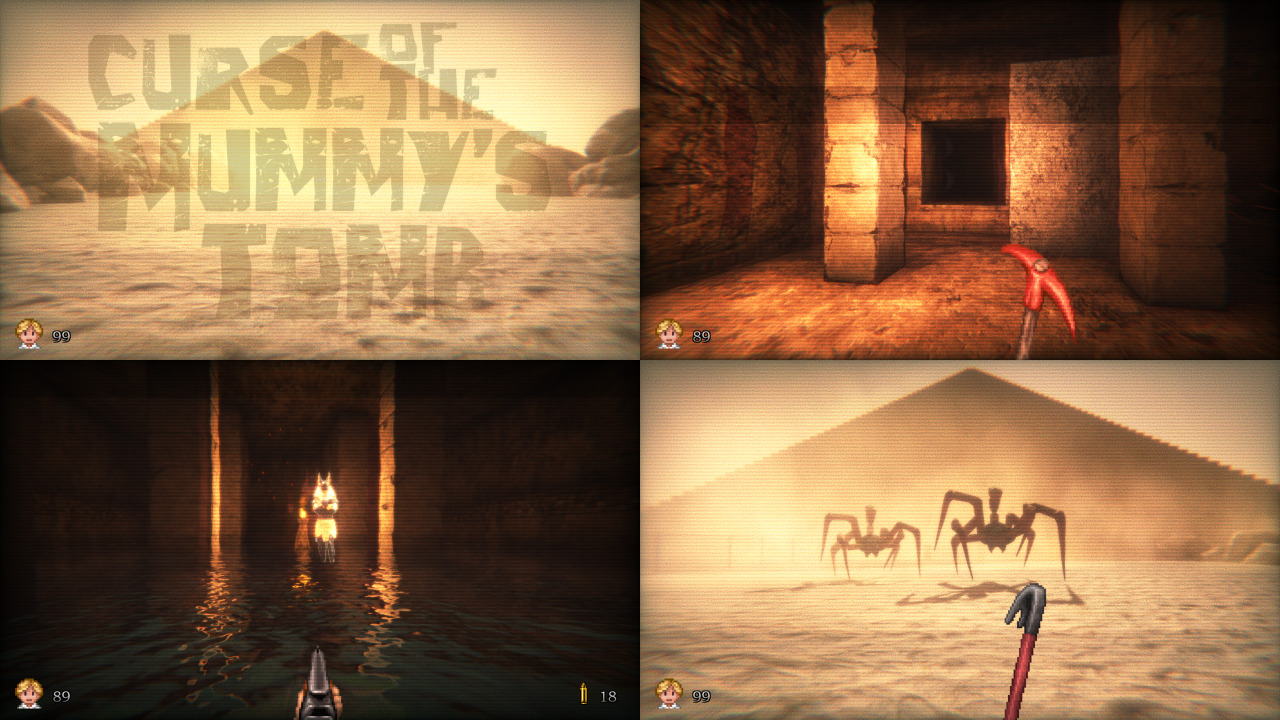 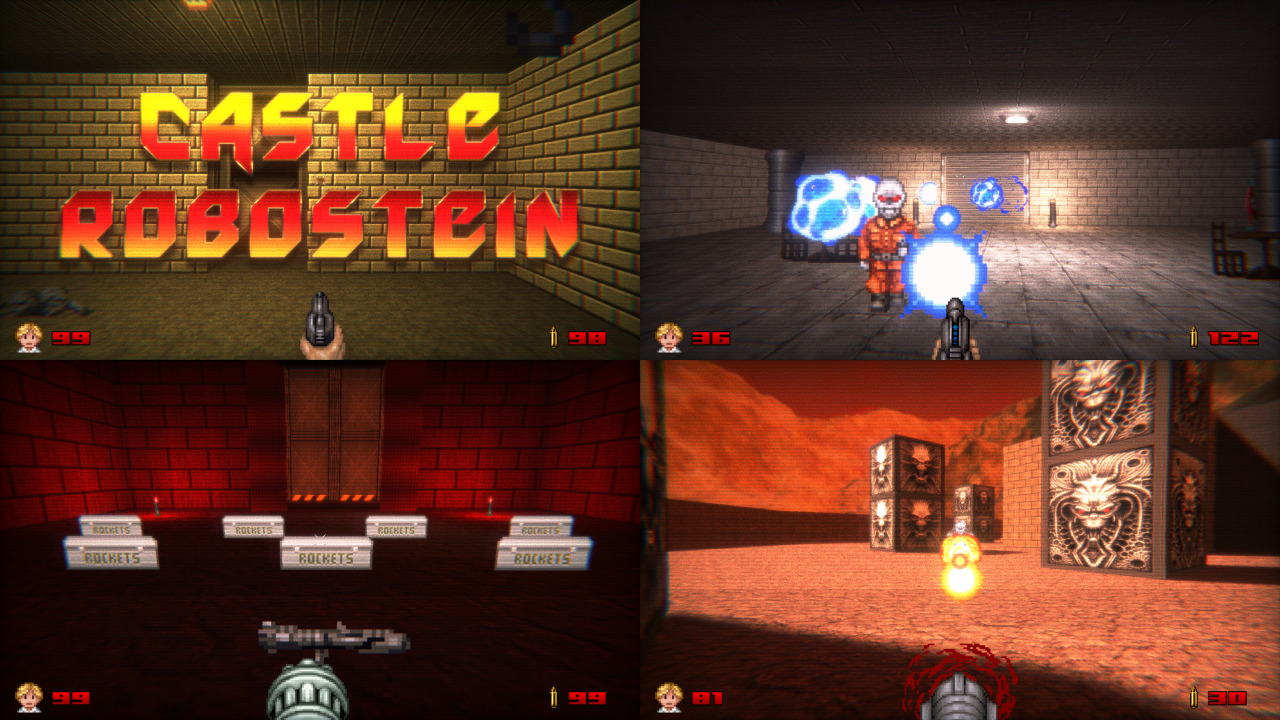