Have you ever wanted to poop on people but were too shy to just go for it? There's poop in my soup lets you do just that, poop in soups, poop on people, poop on poodles, poop anywhere you please, from the streets of New York to Paris to Beijing. Poop on everybody. 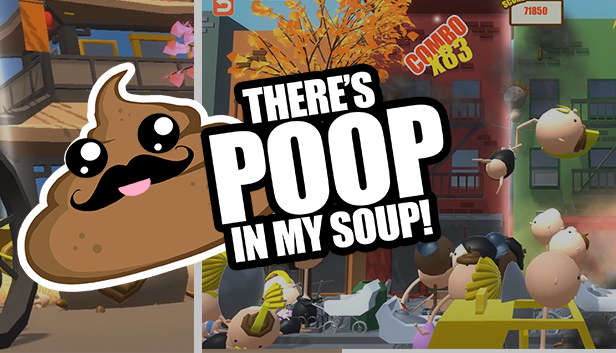 We have just released "There's Poop in my Soup" on Steam. Thank you for all the kind support and interest thus far. It has been a crazy few weeks, we never thought the game would make so many people laugh but it did and it felt GREAT. You will notice in the full version we have added new cities Beijing and Paris for now and refined all characters, new sound track and sound effects. The game is available on STEAM for $0.99 with Achievements, Trading Cards and Leaderboard. We will work on updates and more levels soon.

why is he pooping out of his face ?! destroys it for me :D