The Theatre of Doom pre-alpha gameplay demo is available for your gaming pleasure! Try to beat my best time on the first stage! You can also watch some new raw gameplay footage. 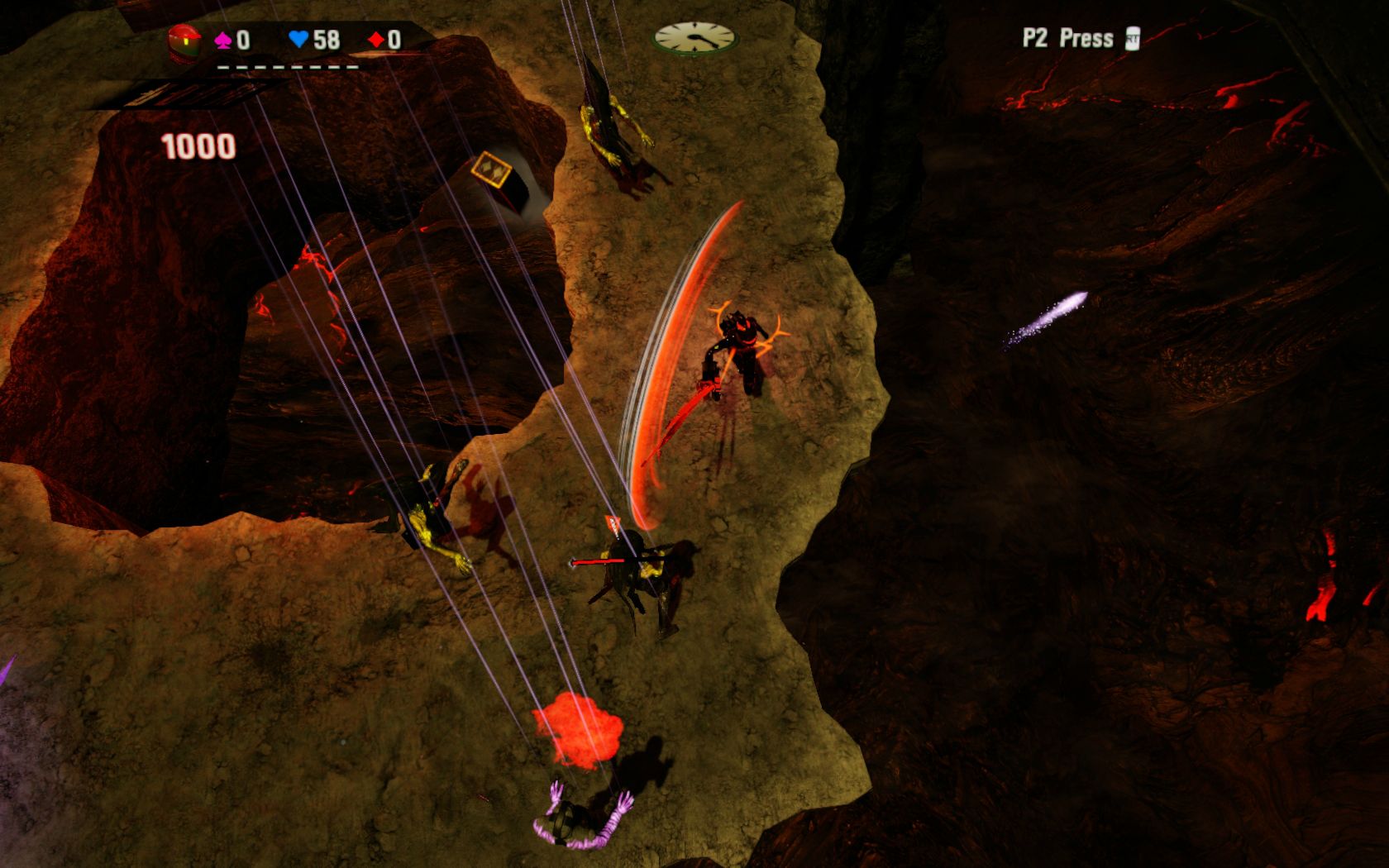 The demo is an early-early access type of thing, it contains placeholder art/sound here and there
and it's purpose is to catch any major bug(especially in the physics system, since almost everything in the game is physically simulated and procedurally animated) before we release a proper gameplay demo.
The pre-alpha gameplay demo features 2 levels to play. 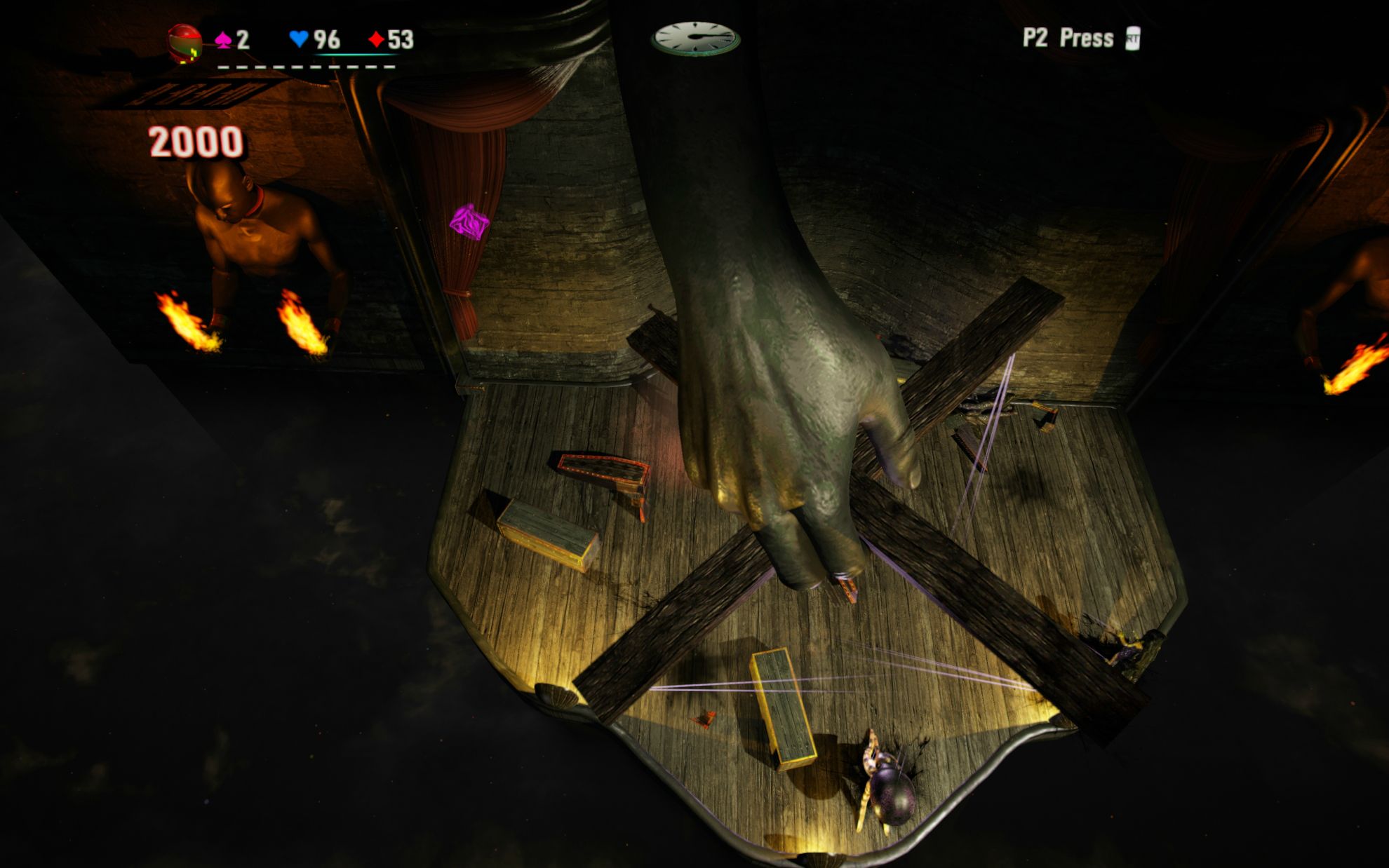 Known issues:
- the demo will not save it's configuration on exit
- the demo only recognize controllers at startup(make sure you plug your controller in before starting the demo)
- customizing controls is for the keyboard only,you can't reconfigure the controller's buttons.
- physics issues:hit-detection problems & things can stuck into each other etc... 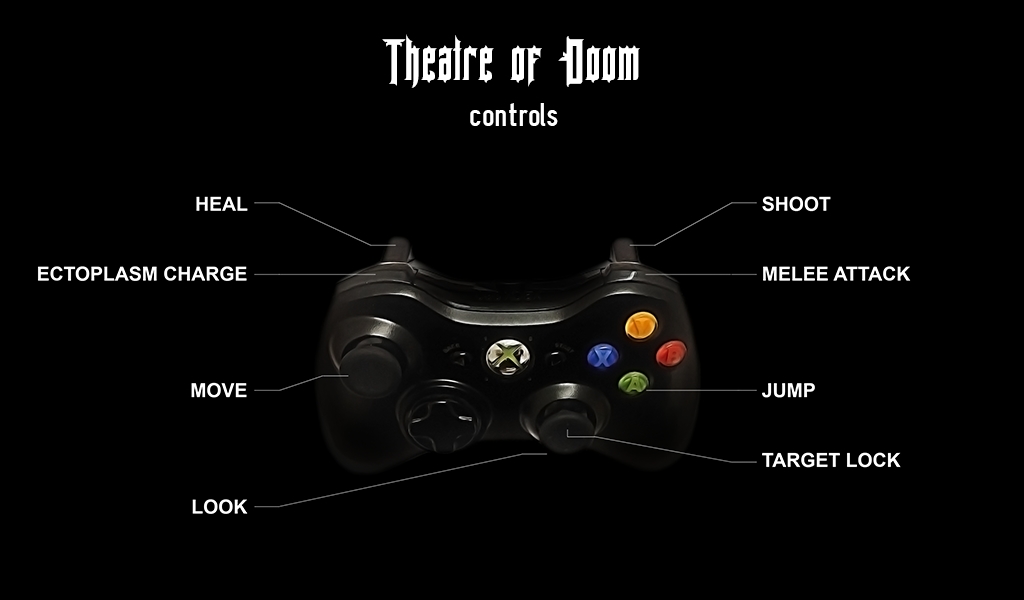 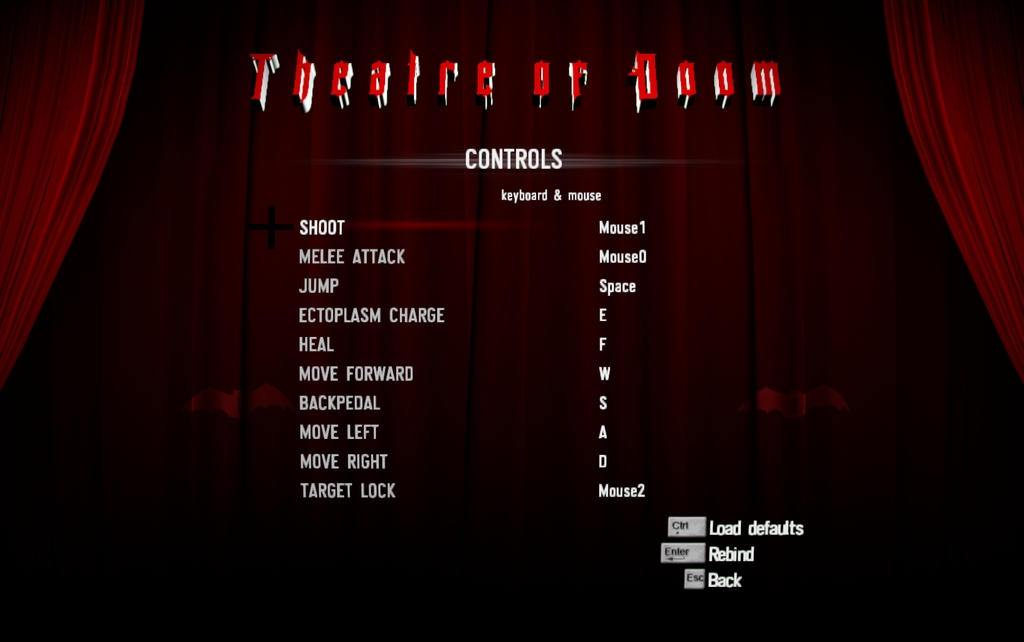 Check out the playthrough of the first stage:

In Theatre of Doom you fight against demonic marionette puppets which attacks you in waves,and as the time passes they become increasingly fast.To fight off the waves of enemies you have a gun,a sword and a jetpack.Both weapons can be charged to increase their damage. 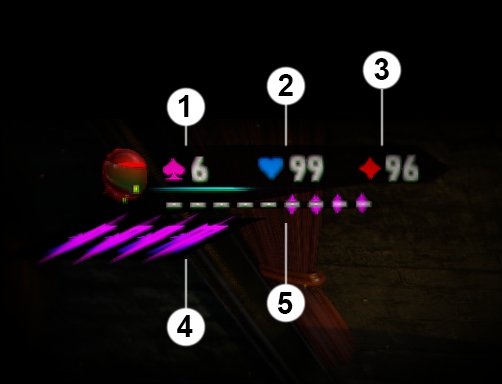 You can collect ectoplasm by killing enemies with your sword, or with charged bullets.
It is best to kill an enemy while you lock on it, because it makes sure that you receive the released ectoplasm directly; otherwise(without locking on a target) the ectoplasm will just falls onto the floor(or falls off the stage). The collected ectoplasm then can be used to regenerate your health or to increase the damage of your sword and gun attacks.

Charging your gun doesn't requires ectoplasm; just hold down the [shoot] button, and the more you hold the more its get charged. The maximum gun charge level can only be reached by startign the charging process with the reloading. It isn't recommended to charge your gun to the max though, because it requires too much time and you can't start other attacks while you charge your gun.
You can decrease the time required to reach the first charge level, by performing a 'gun charge boost' attack.

Charging your sword requires ectoplasm.The current requirements are:
1 ectoplasm = 1st level
2 ectoplasm = 2nd level
3 ectoplasm = 3rd level
4 ectoplasm = 4th level
you need 10 units of ectoplasm to fully charge your sword.The ectoplasm level acts as a multiplier on the damage, the first level doubles, the second triples and so on... 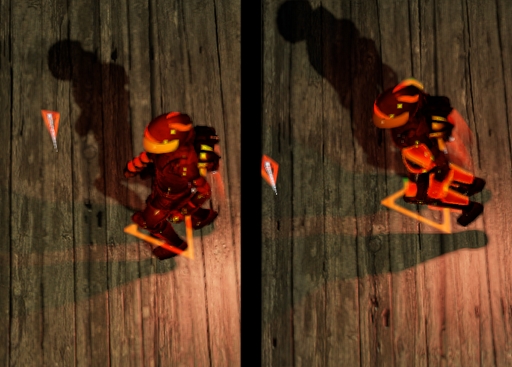 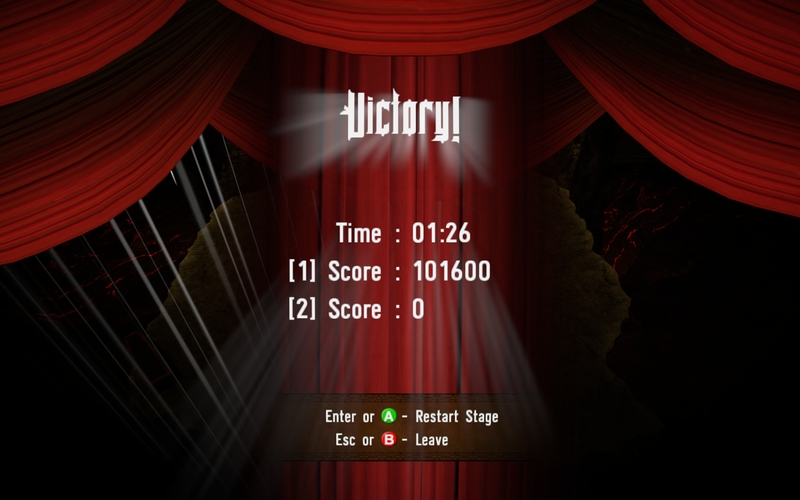 Your score is basically the damage you dealt during a playthrough. While the gun deals a fixed amount of damage, the sword damage is dependent of your distance from your target at the moment of the swords impact.There's an ideal distance from your target to deal the maximum damage, if you stand too close or too far the dealt damage will be smaller.
Both the gun charge and the ectoplasm charge increases the damage. 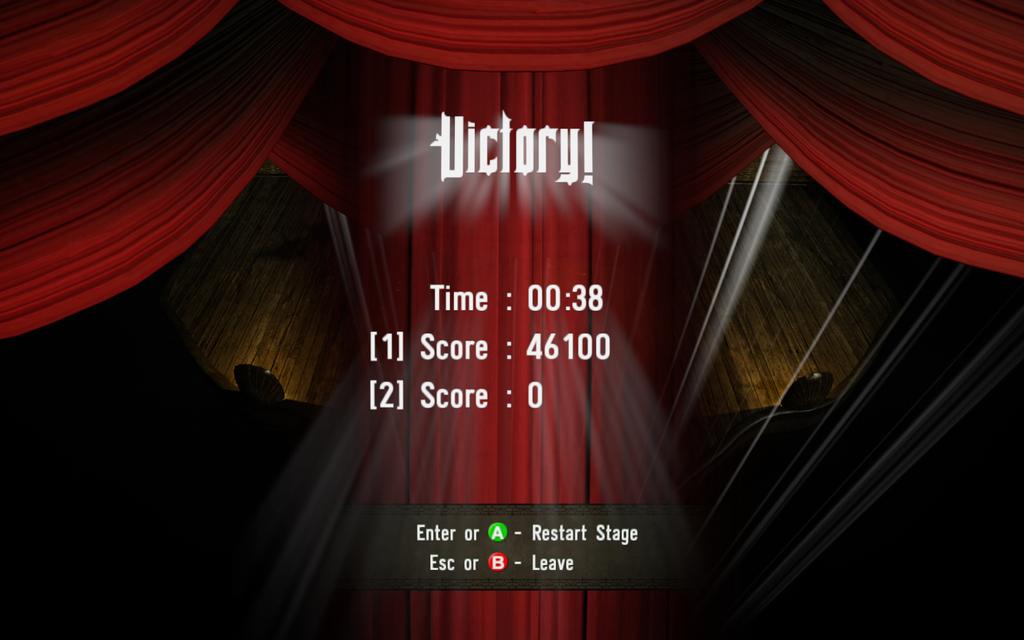 Here you can post your feedback, suggestions bugs etc..

press 'p' to take screenshot(previously recorded screnshots will get overwritten if you restart the game:( )

Left click+view (in Mozilla) to view the screenshots in full resolution. 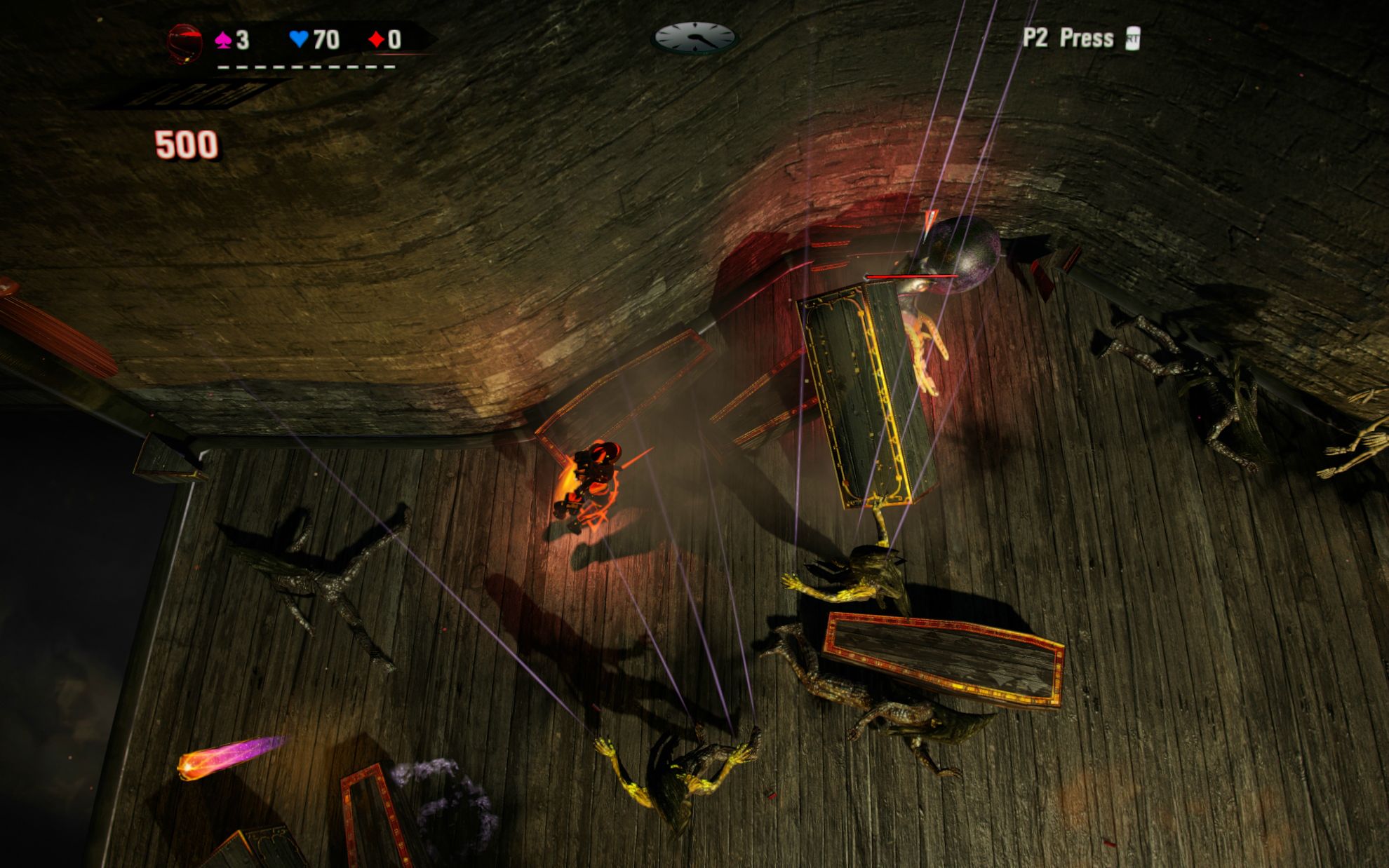 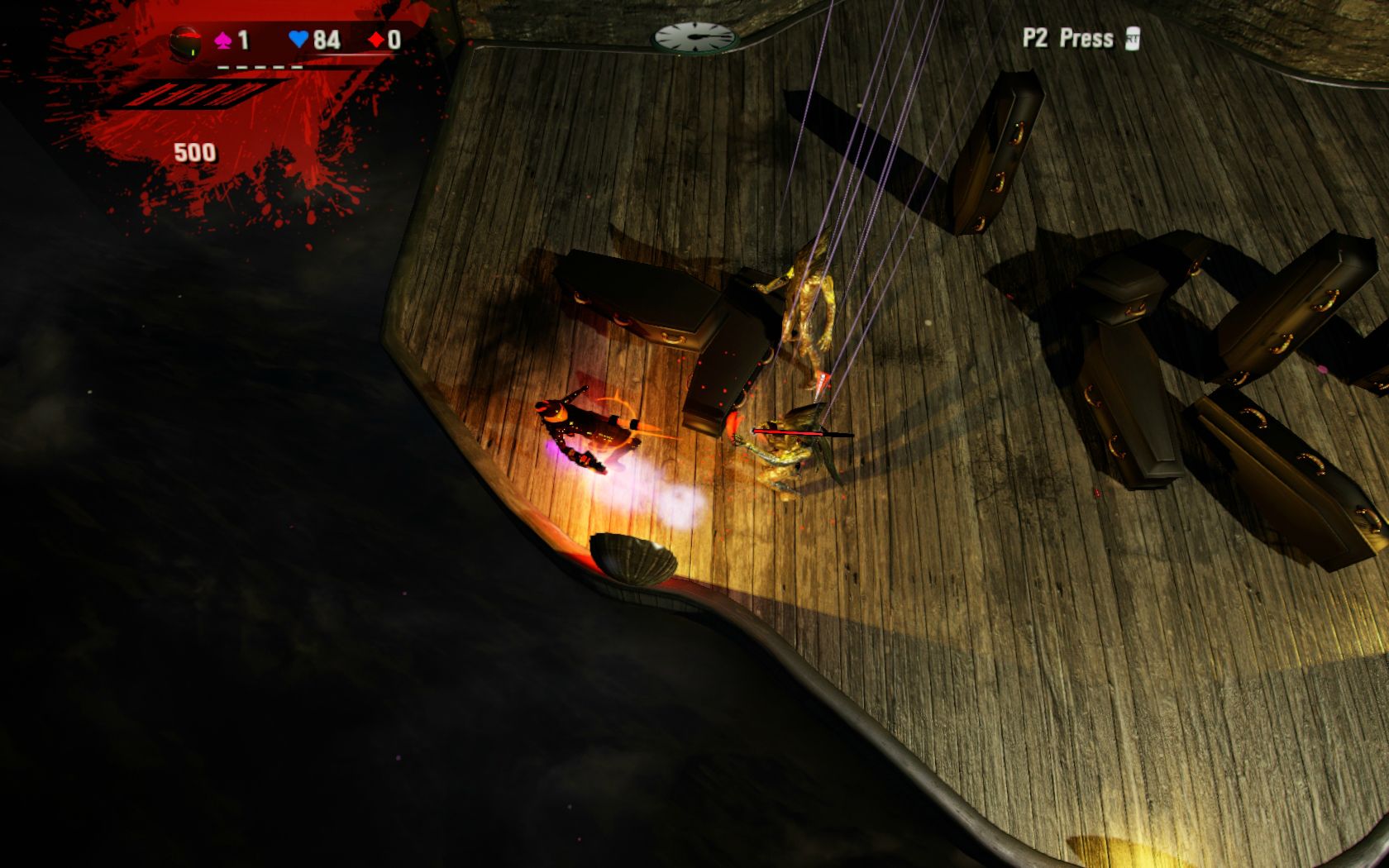 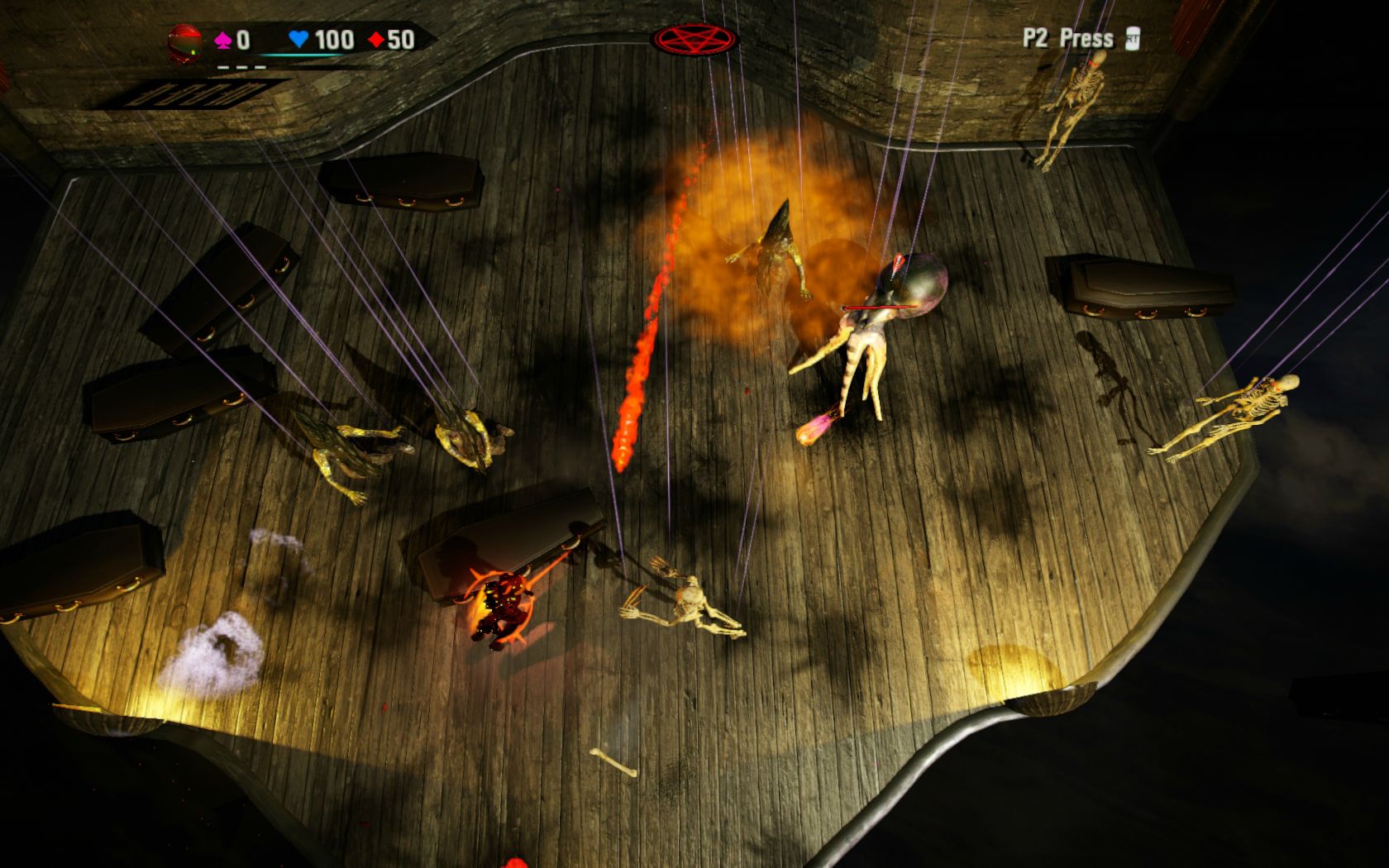 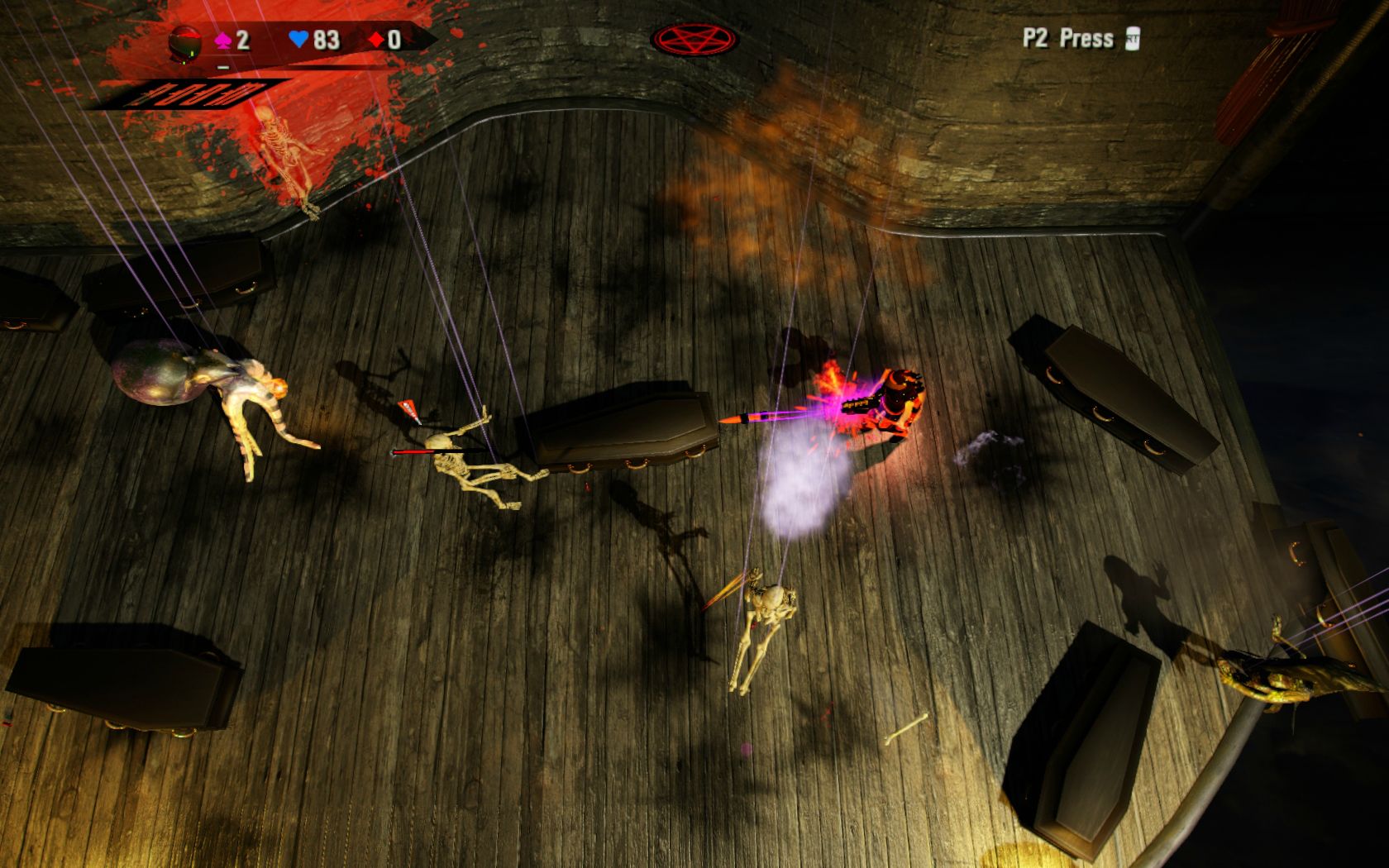 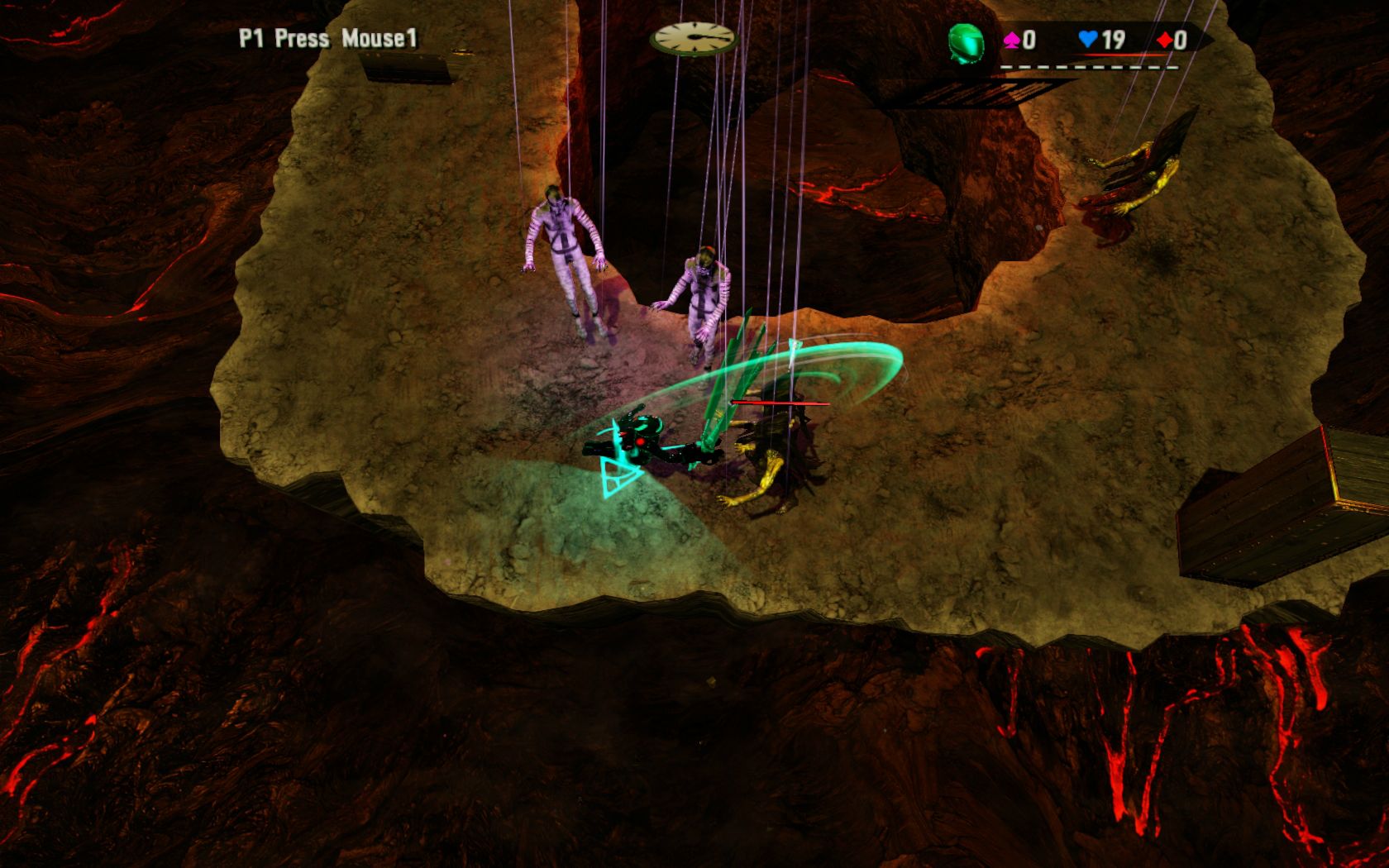 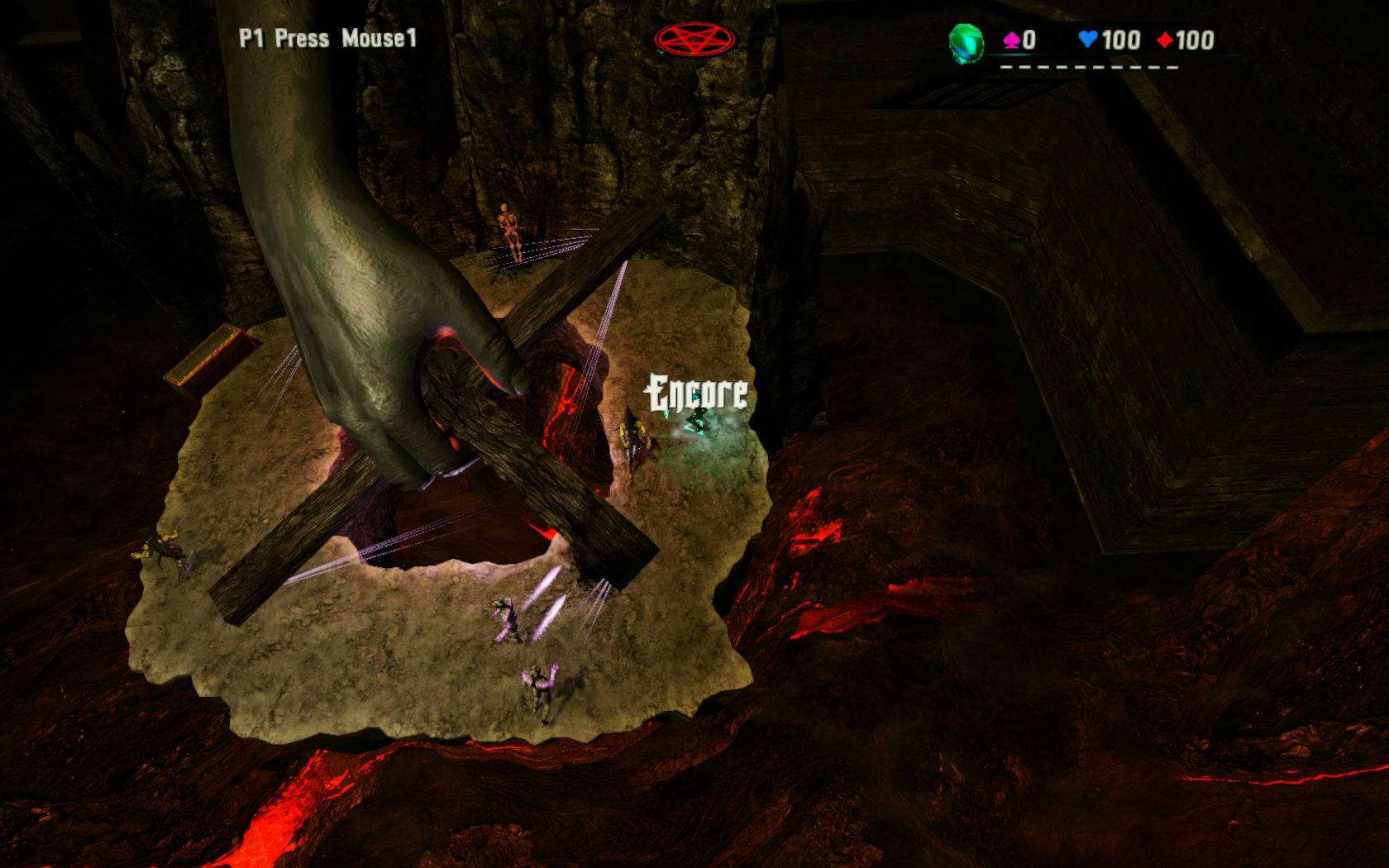