Do youu know where the World of Padman game is coming from? No? So check out our WoP story pages where you will find information about the different eras of the development of World of Padman.

The World of Padman stand alone game turned 12 this year, the PadMod 15, and we will celebrate the 20th anniversary of ENTE's PadMaps the upcoming year 2020. Who would have thought it? So there is a lot of World of Padman history out there which should be documented for posterity. That is why we started to implement a WoP story section on our homepage, where you will find information about the different eras of the development of World of Padman. We already started with the first era, the Padman comic series from 1997 to 2001, which was published in the German PlayStation Games magazine. The story reveals the concept behind ENTE's Padman - The meanest gamer on earth! Did you know that ENTE always liked the style of the famous comic artist Peyo, who is known as the creator of the Smurfs? So he came up with the idea to create a kind of evil Smurf. Also the name Padman was not derived from the computer game Pac-Man as it seems, but was composed of GamePAD and BatMAN. Have a look at ENTE's first drafts and how Padman developed as a comic figure! 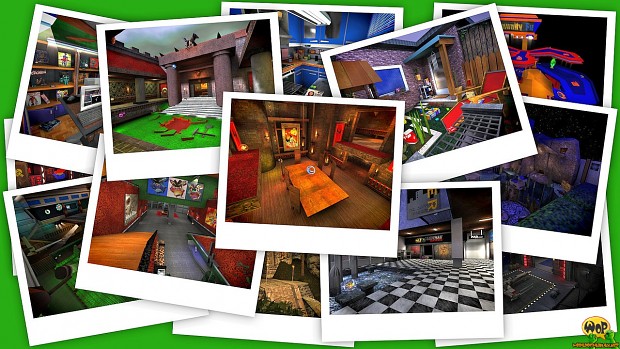 The second era, the so-called PadMania from 2000 to 2002, gives you a detailed insight in the history of ENTE's PadMaps for Quake 3 Arena, Elite Force and Jedi Knight 2. Did you know that originally ENTE wanted to create his Padman character as a player model for Quake 3 Arena, but could not find a good tutorial? Nobody wanted to help him, because nobody knew the cartoon character. So he created his first PadMap PadCastle instead. In order to make Padman better known, ENTE came up with the idea to simply integrate a few pictures from Padman. Did you also know, that ENTE would have created his first map for Unreal Tournament (1999) by a hair? No? Then you should check out the full story!

Have fun reading and we hope to add more documentary articles very soon!