The Whipper is a spiritual successor to 1991's Super Castlevania IV. The game has been in development for 3 months now. It's not a 100% recreation of Castlevania 4's mechanics. Some things are the same, but others are tweaked or completely overhauled. I've also added some mechanics that didn't exist in Supervania. This article covers everything I've done in these first 3 months. I hope you enjoy it.

Posted by TsarRepublicGames on Apr 1st, 2019 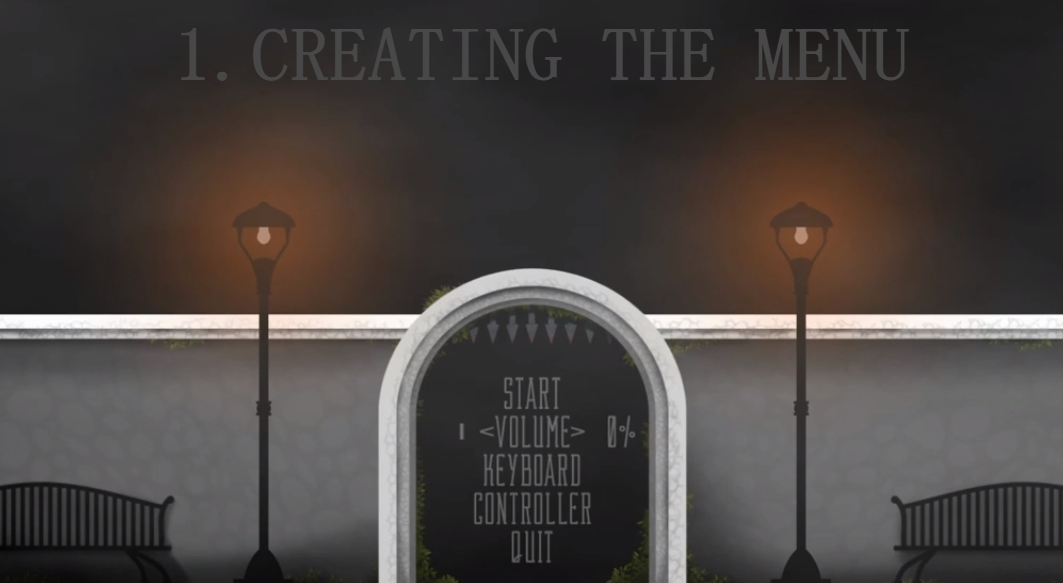 I spent the first 2 weeks of development creating the menu. I wrote all the code in 2 days and the other 12 days I made the graphics and composed a creepy theme song. Nothing much to say here, it's got all the basic functionality including full controller support.

I spent 2 months creating the character - writing the code for movement and attacks, making the art and animations and also making sound effects. During this period I focused solely on making the controls very responsive and smooth. I didn't even have any stages at this time, only a small test room. There's a rumor that when Shigeru Miyamoto was making Super Mario 64, he spent 3-4 months in the beginning just designing Mario's character to the point where the character became fun to control without there even being any level. So that's what I decided to do as well.

So after 2 months I created a character that can:

Most of these are kept the same as in Supervania IV - 8 directional whip attacks, jumping, running, crouching. The sprinting and projectile attack didn't even exist in Supervania and the continuous attack is where the major change happens. The whip covers more area when you're rotating it and it's a more powerful and fun weapon in combat. This video explains it in more detail: Youtu.be

So after making the menu and the character, I had to make a tutorial stage. I decided to do what Cuphead did, just have an easy stage with text instructions in the background. So for one week I was simply designing the structure of the level without any graphics. Here's what it looks like:

So after I made the structure of the tutorial stage, I had to start making some graphics. So in a week I made some interactive trees which you can hit to make leaves fall. After that you can destroy the leaves with the continuous attack. I want to have these interactive environments to make the world itself a little bit more fun and immersive. It's not really related to completing the tutorial stage, it's just there, 'cuz I can.

So here's a recap of the first 3 months of development:

I will now have to make graphics for the foreground and background of the tutorial stage. The end goal is to make a great action game and make it on Steam, Gog and eventually the Switch.