New content update, added Stats, Tooltips and item rarities. Now the items display all the stats they provide, their value and some of them have random descriptions. There are 7 tiers of rarity, from Common to Legendary.

The various items found in the world can influence any of these stats. All items now have tooltips with info about the stats they provide, their value and some of them have random descriptions. 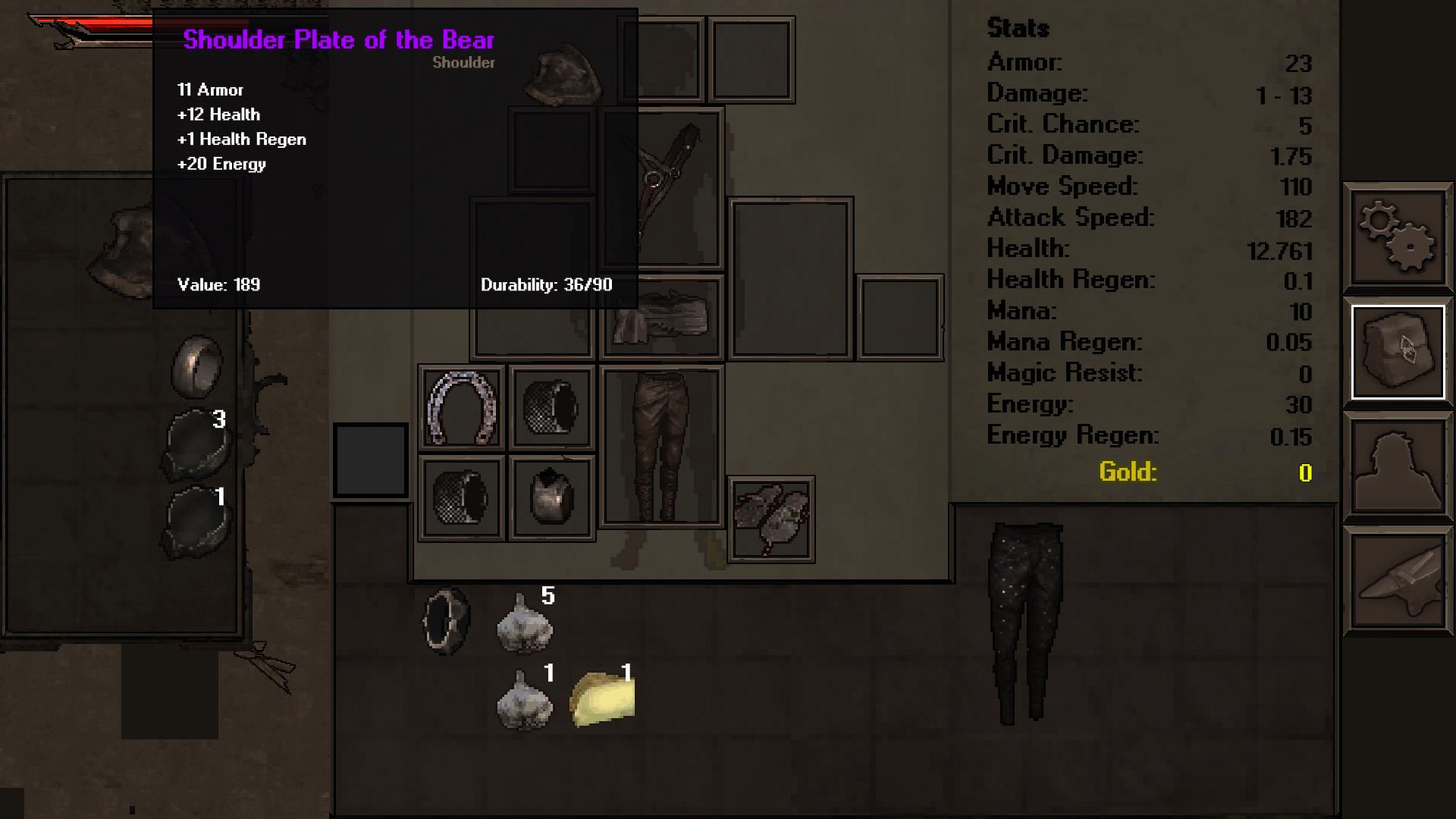 Example of some item tooltips:

Made a gameplay video that shows all the new content we've been working on:

I guess I really need to buy a mic.

Items are now organised into rarities. There are 7 tiers of rarities: 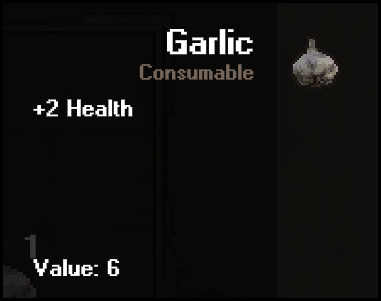 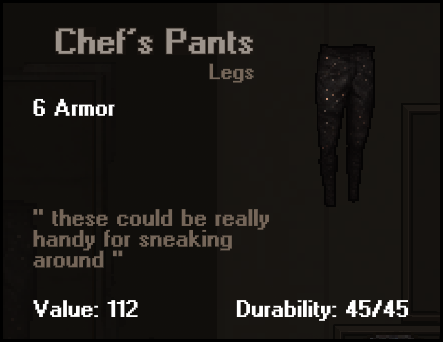 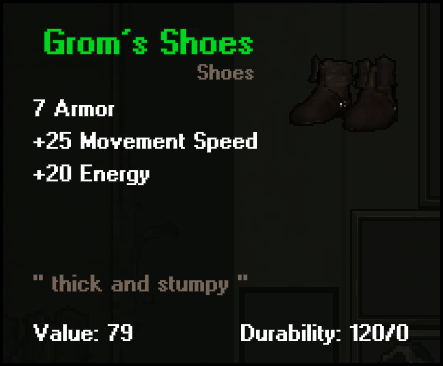 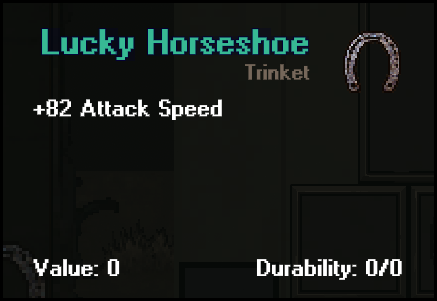 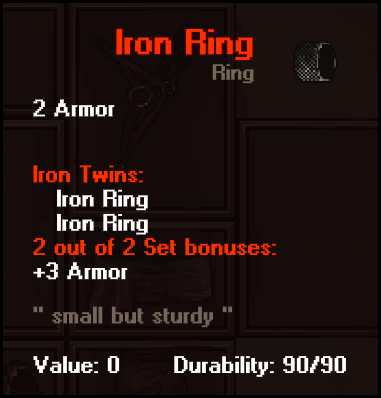 This set "Iron Twins" is a small early game set that provides a hefty amount of Armor which can prove very useful. One ring adds +2 Armor, but equipping both of them grants the set bonus, another +3 Armor. 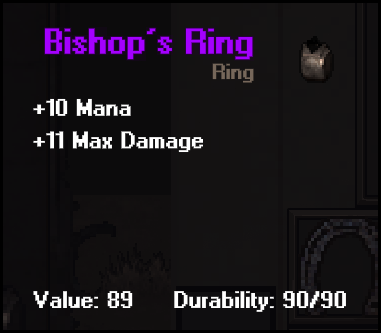 We haven't made any legendary items yet, but the color is Gold.

You can also die now:

But after scouring the area and finding some good armor and items, the tables have turned..

With 3-16 Damage and 40 Armor I was able to defeat both of them at the same time.

The little guys have no chance.

One shotted the poor guys.

All of the clones are temporary placeholders. 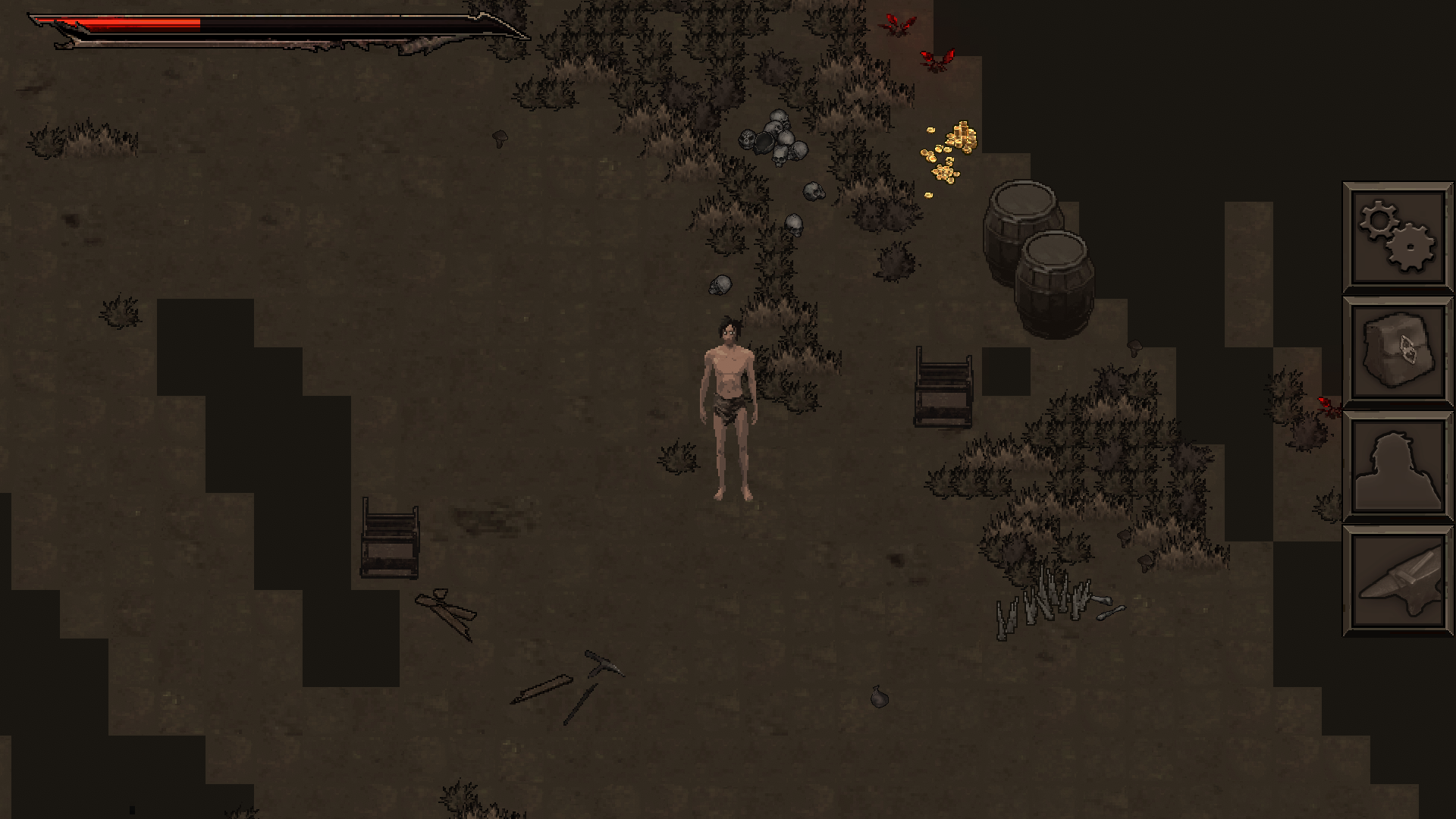 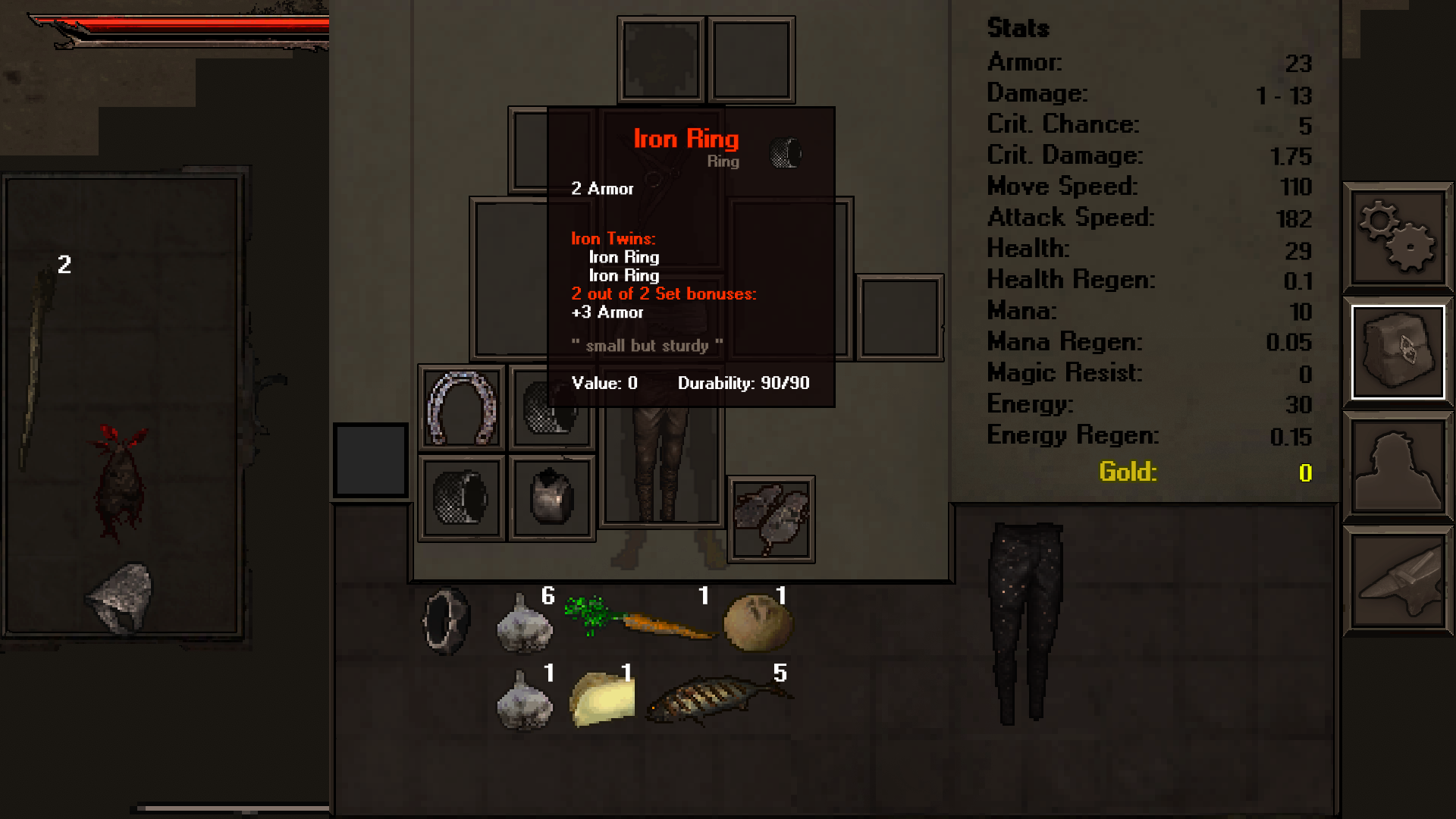 We mentioned last article that we will do the one handed weapons next, but now they will be far more interesting because of the tooltips.