It seemed like a distant dream, and, yet, here we are. Very soon, there will be nothing odd about that word, as we are proud to announce that we are officially transitioning into a Beta state in our next big update!

What an odd word we have in the title, ha? It seemed like a distant dream, and, yet, here we are. Very soon, there will be nothing odd about that word, as we are proud to announce that we are officially transitioning into a Beta state in our next big update! This update will feature massive system reworks, which includes the new planet generation engine we’ve been teasing. This will enable planets to be slightly larger and contain more game objects than ever. Read more about that below! 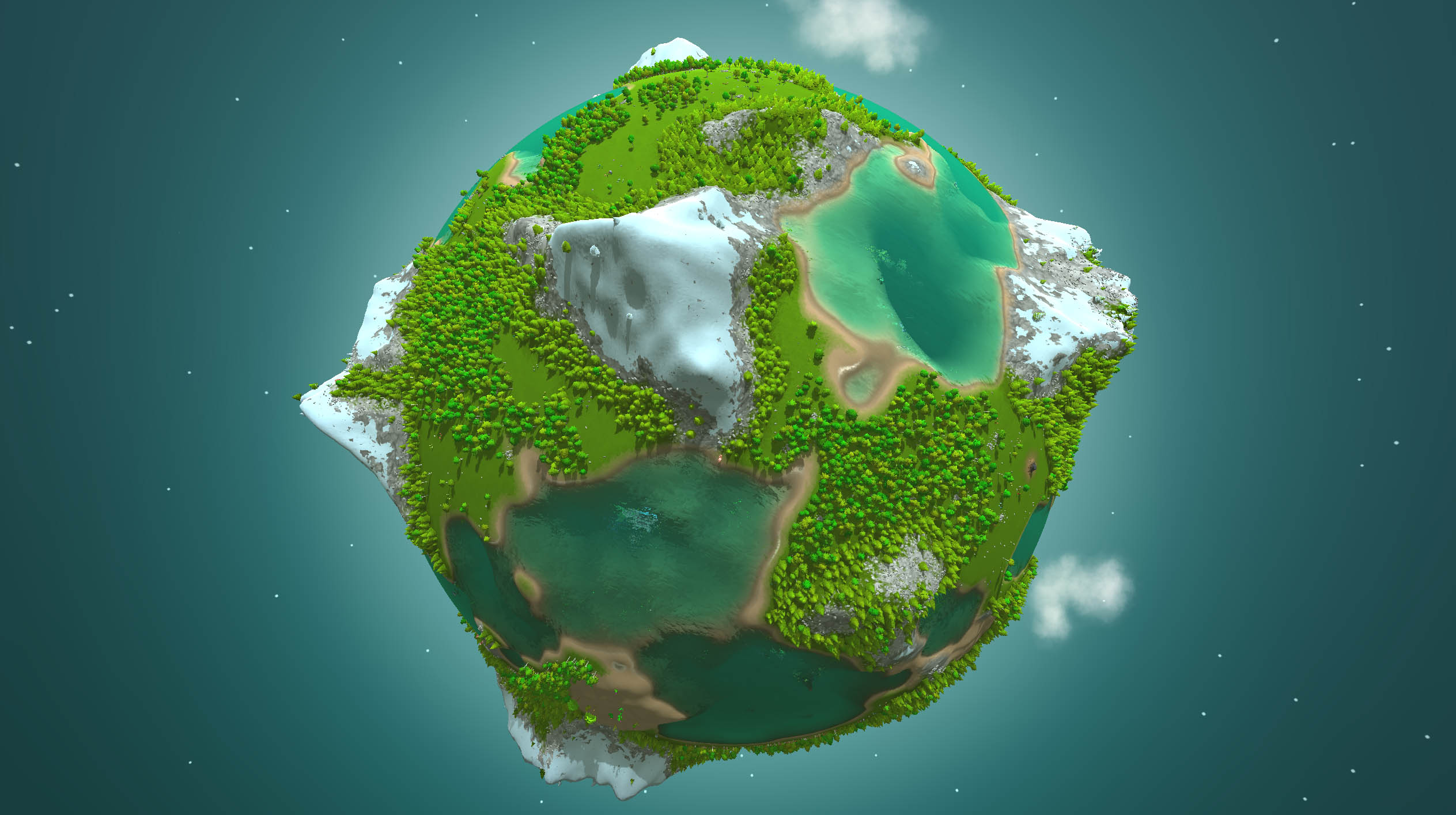 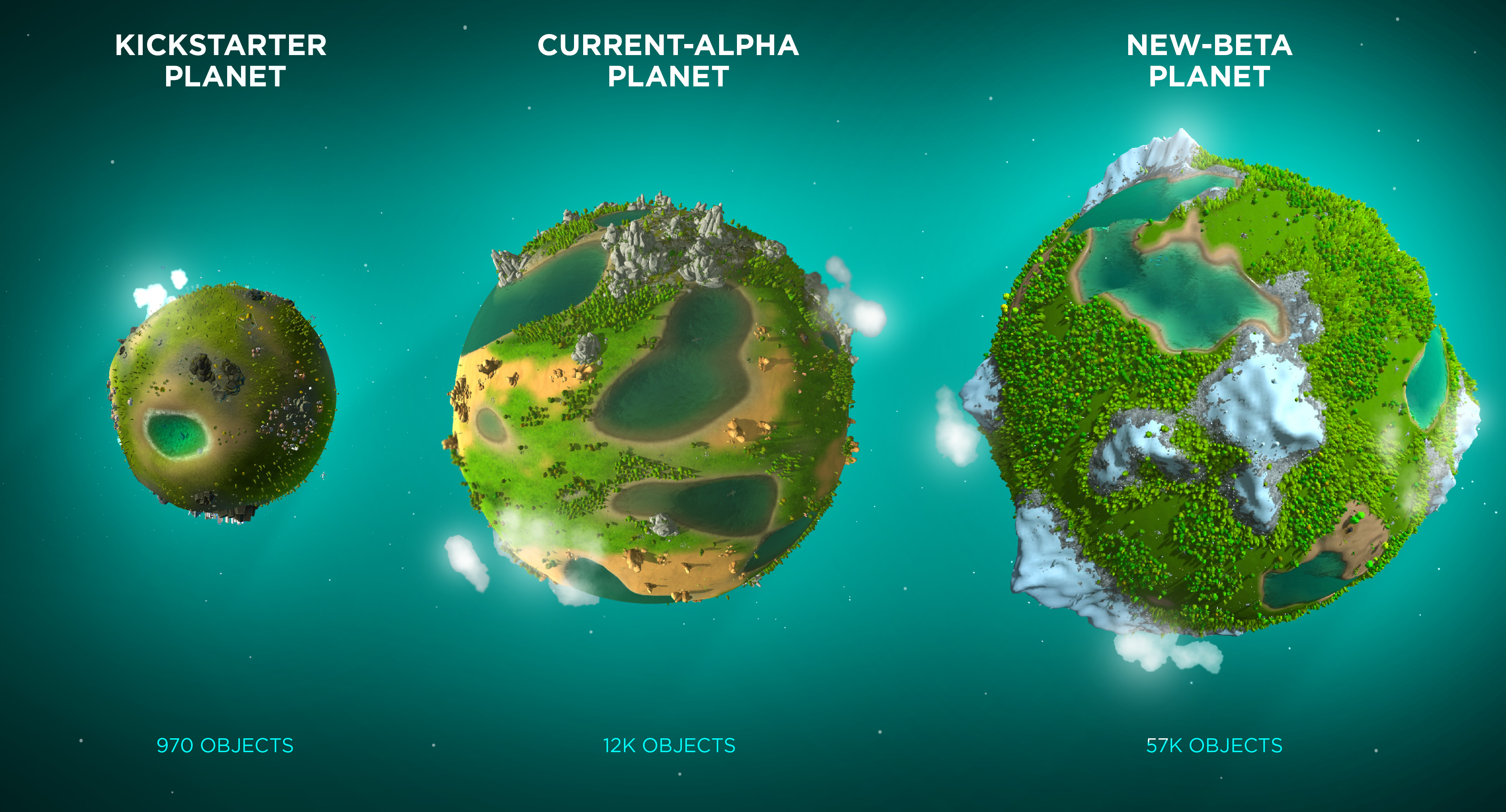 Additionally, we redesigned and improved so many aspects of our good old friend, the in-game simulation engine Prometheus. As you know, this system is responsible for planet generation, managing life on the planet, controlling dynamic events, pathfinding, resource distribution/allocation, and far more. It’s crazy to think how much it has improved since its unveiling during the Kickstarter. The visual aspects and overall technology is leaps and bounds ahead of our initial goal, and we are very proud of the work we have done. Thank you for continuing to support us, chatting with us, and enabling us to make this colossal game. While it's true that The Universim took us longer then we thought to develop than anticipated, as you can see the end results are worth the wait. 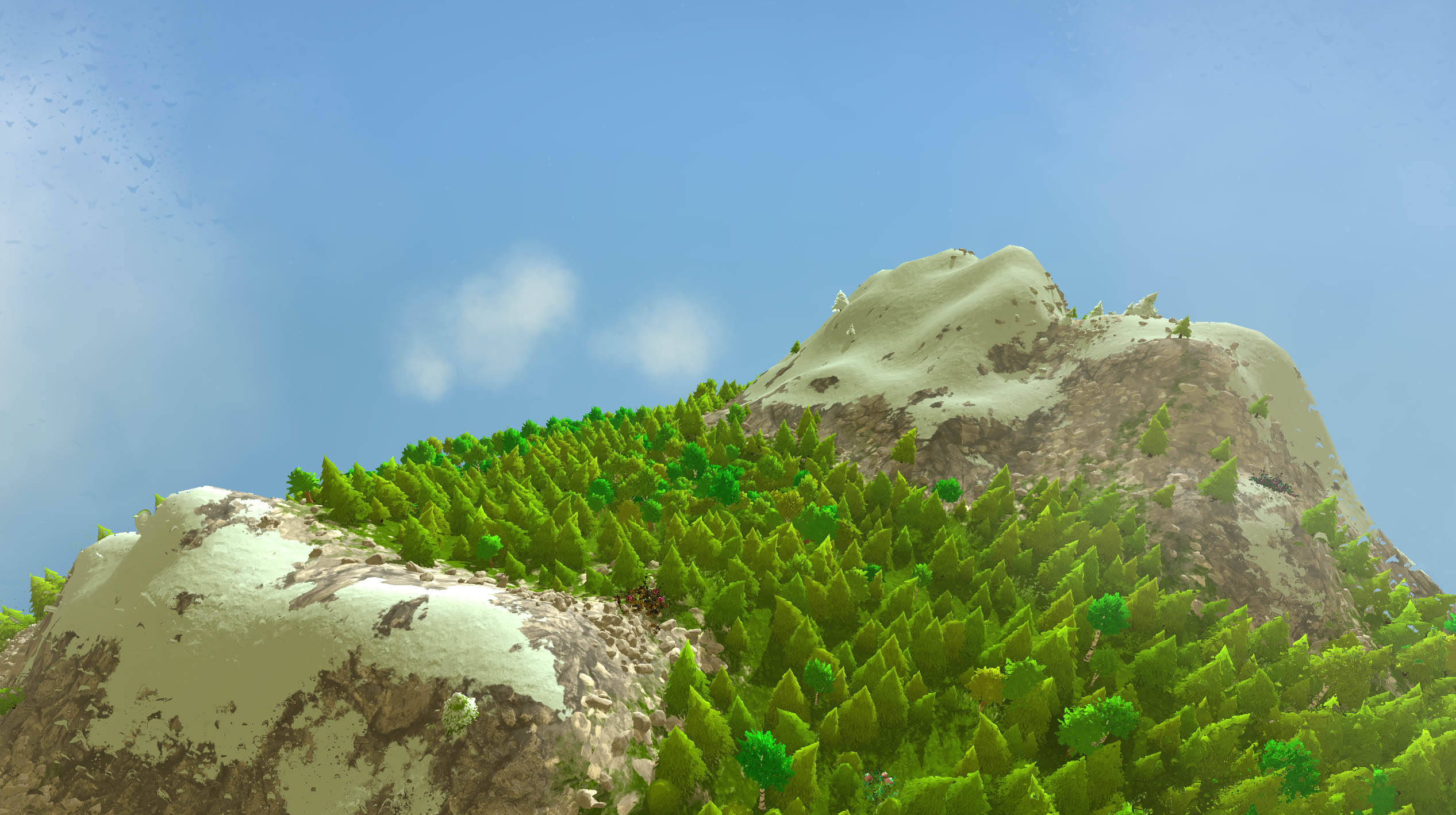 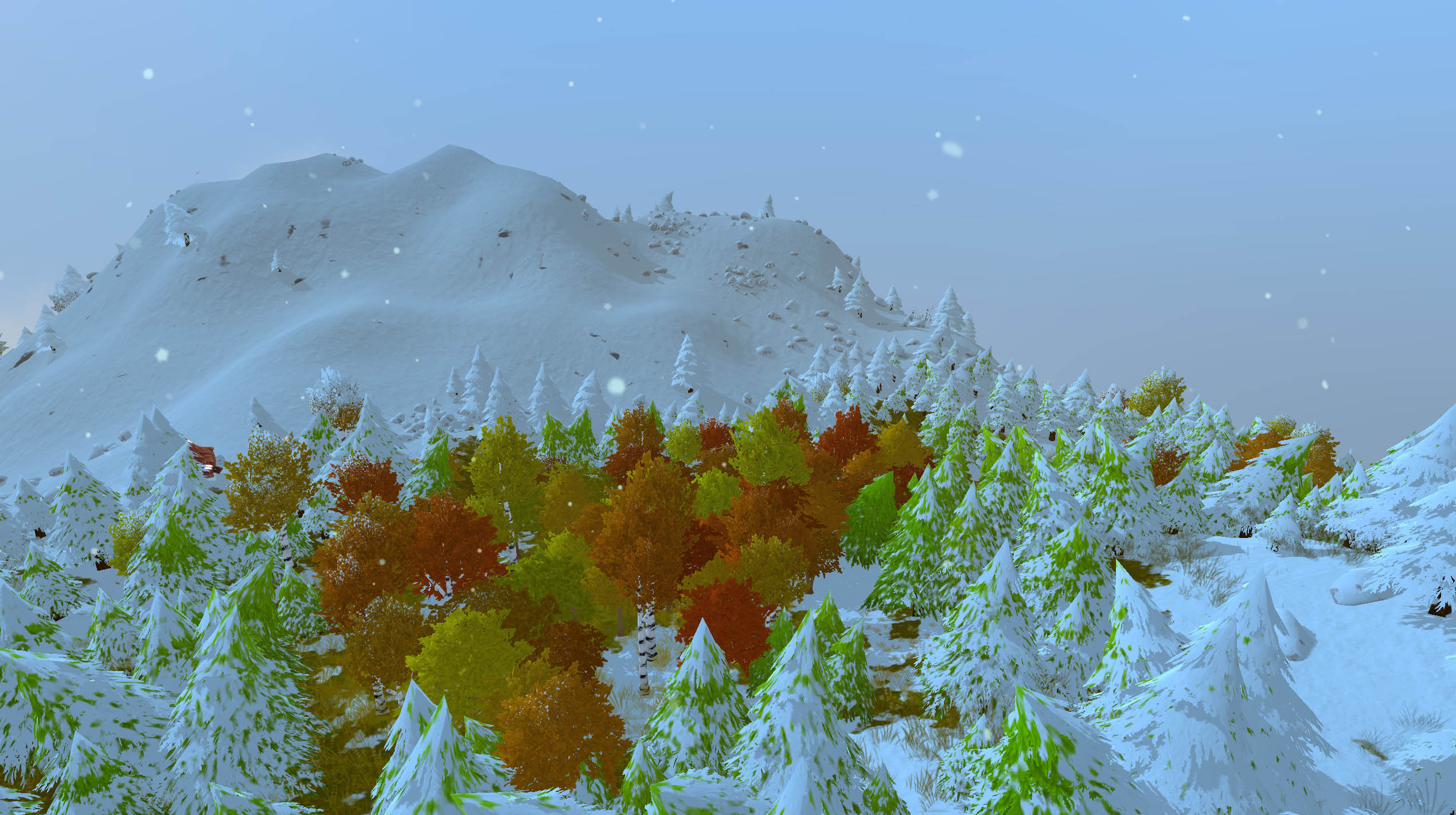 The creation of a planet no longer takes the many millions of years it used to. We toned that “realistic” aspect back a bit to make the game more enjoyable. On average, it took over 2 minutes to generate and load a new planet, which could be frustrating. Now, this time has been cut in half while also improving the size, complexity, and density (object count) of the planet. 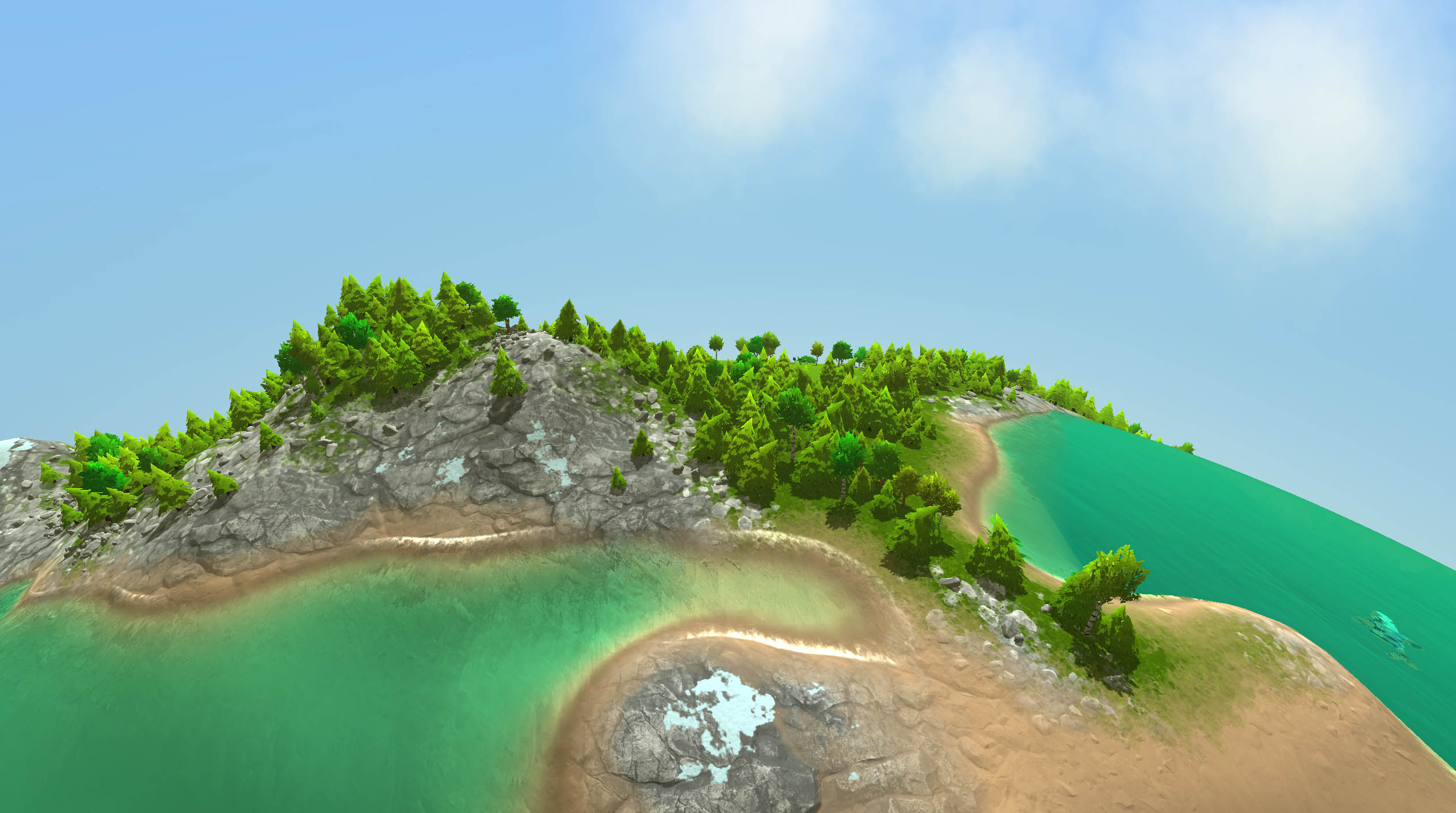 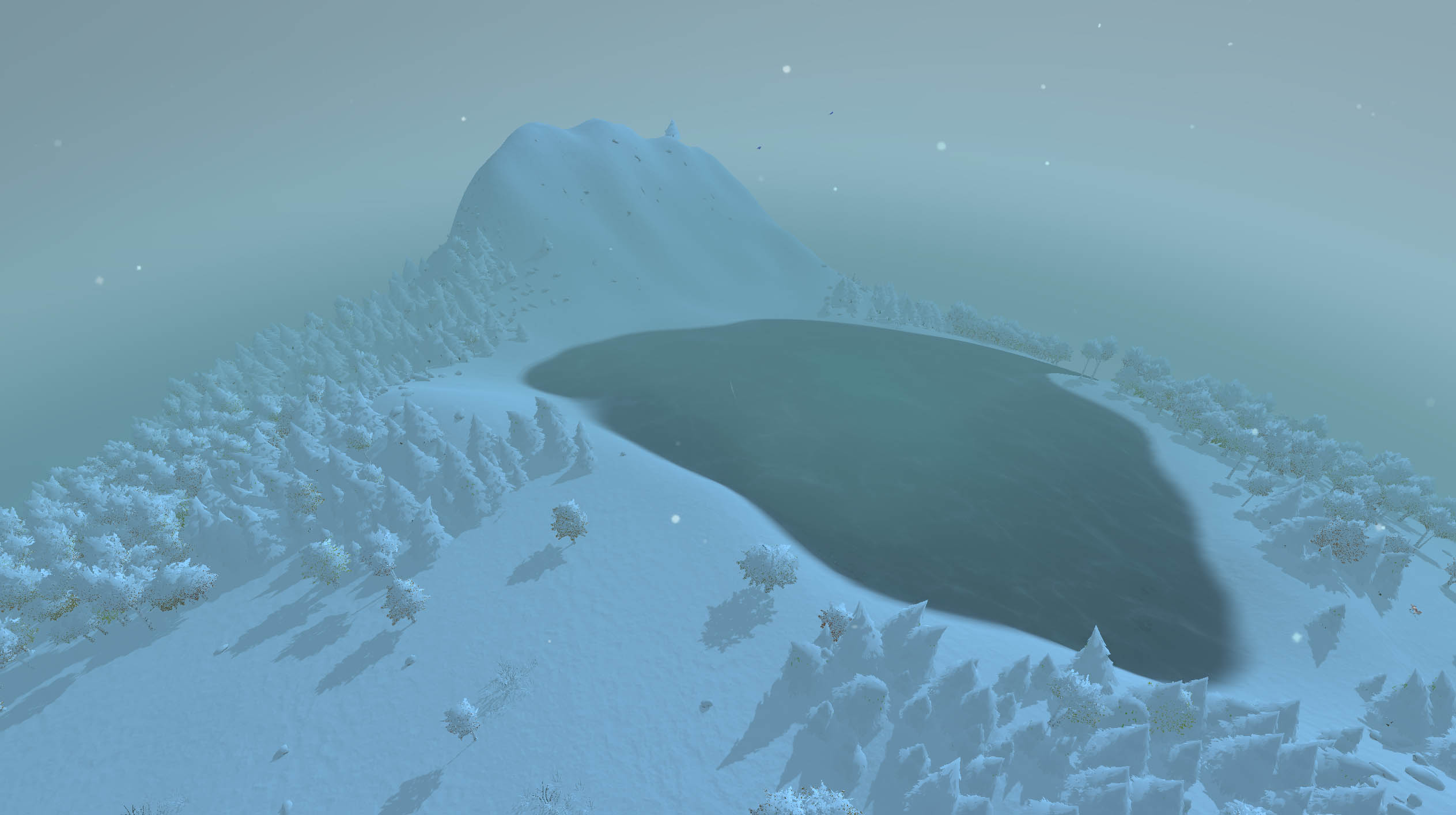 A new feature we are super excited about! The enhanced planet generation system now properly forms physical mountains that are an inherent part of the planet’s surface. Before, mountains were simple objects -- decorations, if you prefer. They were disconnected from everything. Now, mountains blend naturally into the planet’s systems, allowing you to build on them and send Nuggets over them on an epic journey. Someone get a burly, bearded Nugget a magical axe and take them on an emotional family excursion right this minute! However, special cases aside, many Nuggets and animals will still prefer to avoid slopes. They’re a lazy bunch. 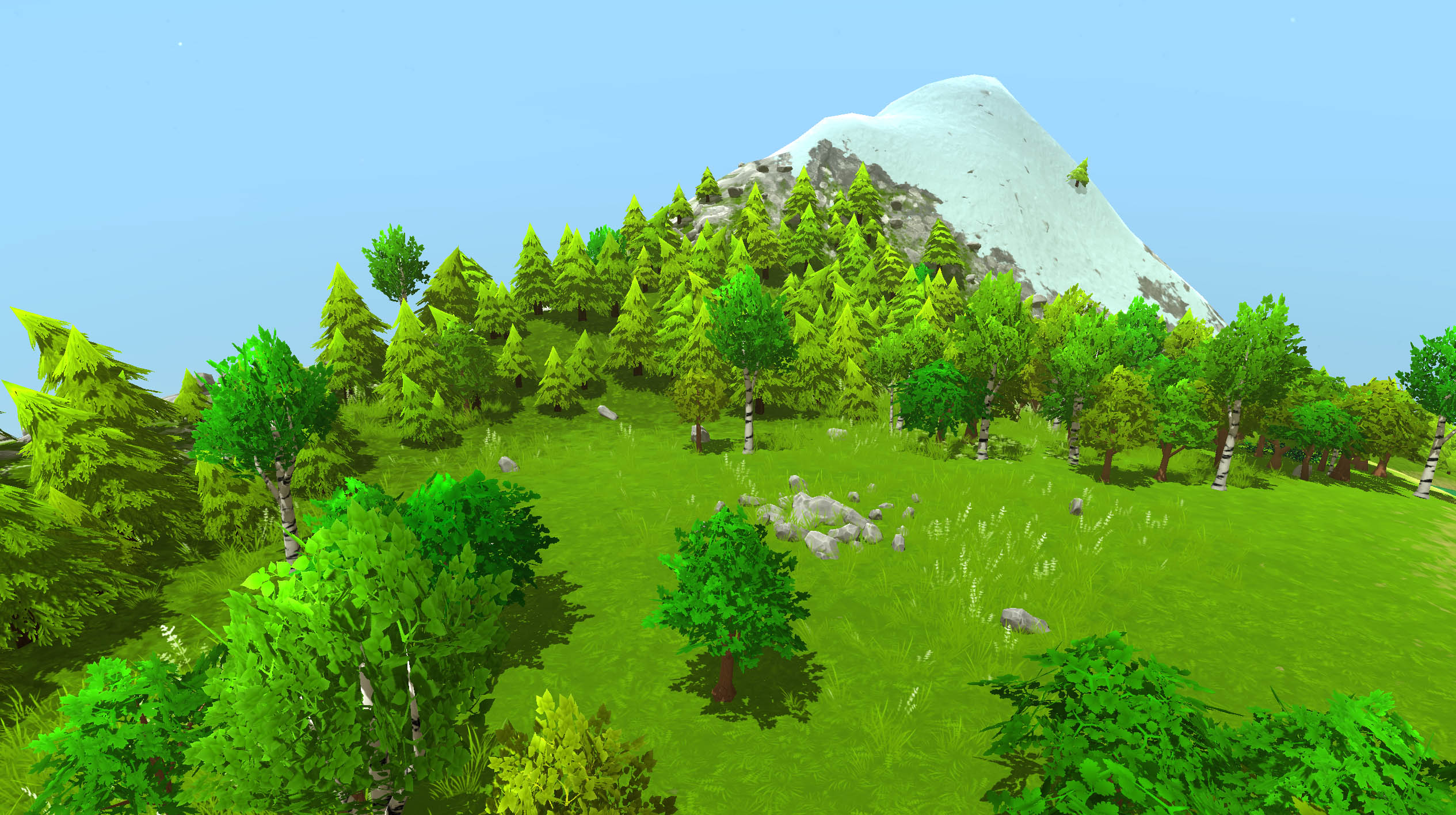 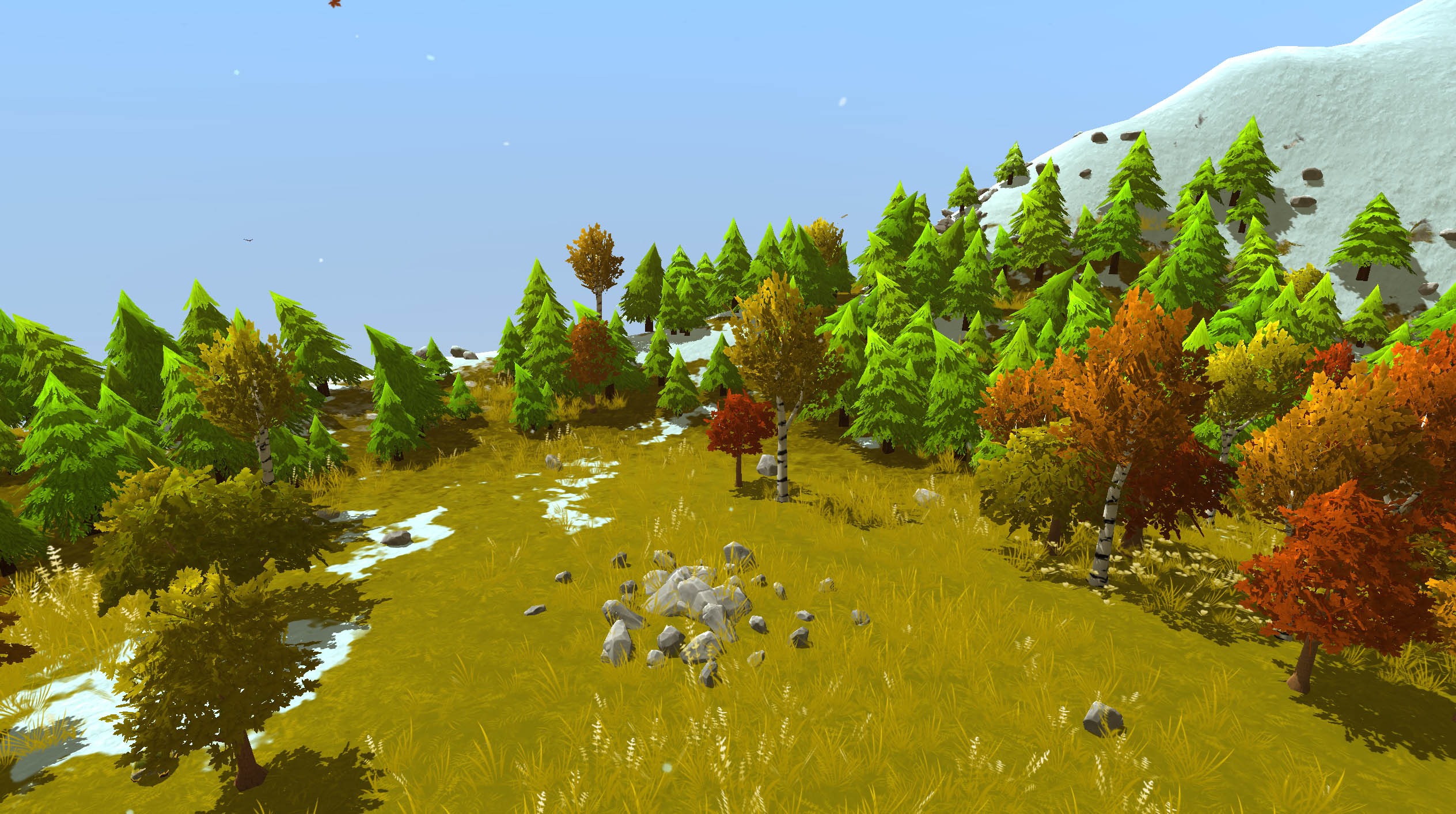 It was quite an engineering feat to get all of this working, as you can imagine. To properly place mountains and allow for the various systems to play well with brand new height data wasn’t easy. The age-old issue of spherical worlds naturally makes all of this far more difficult than it would usually be. We needed proper culling, pathfinding, and terrain deformation to work seamlessly. Here’s the result! 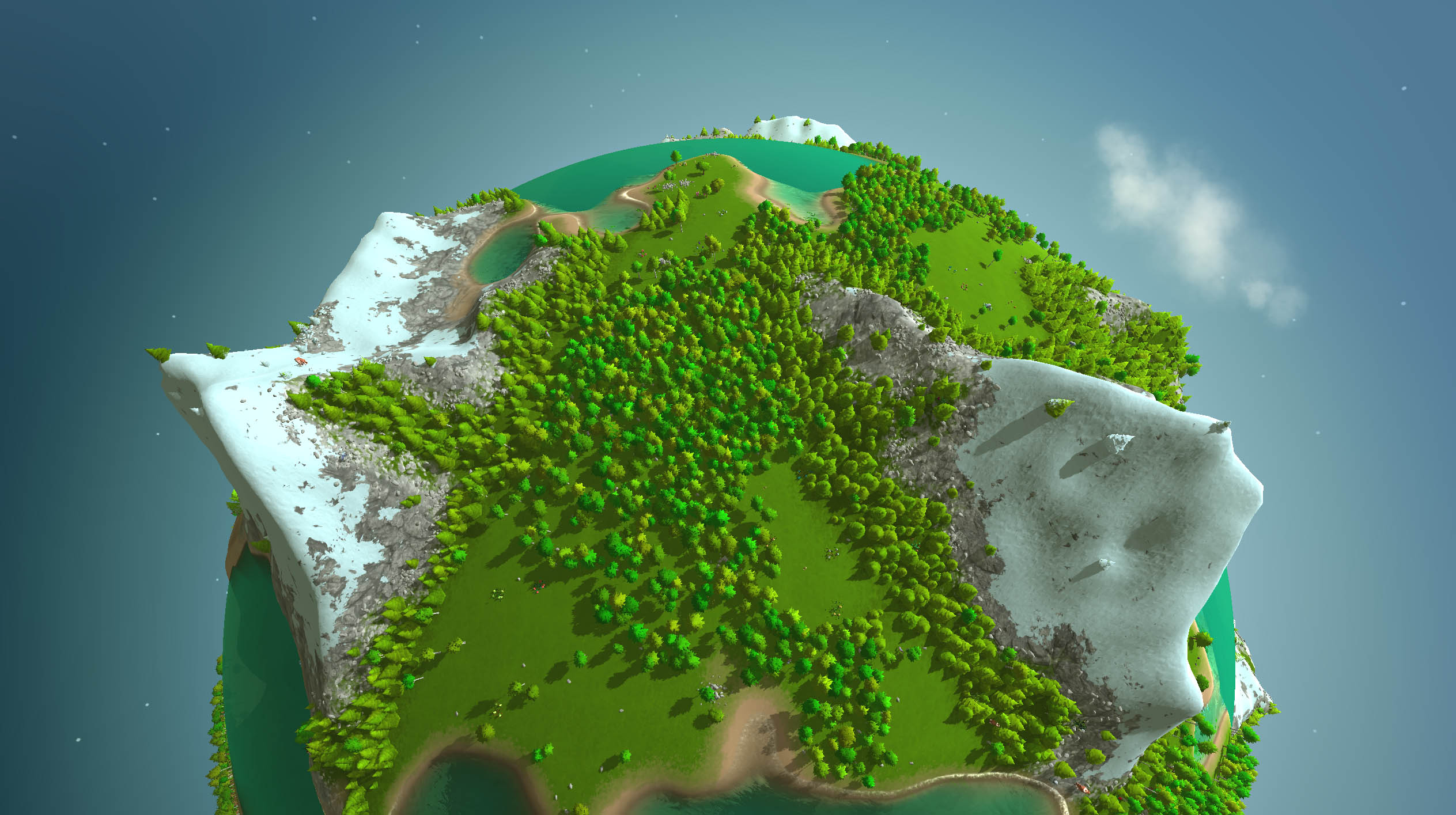 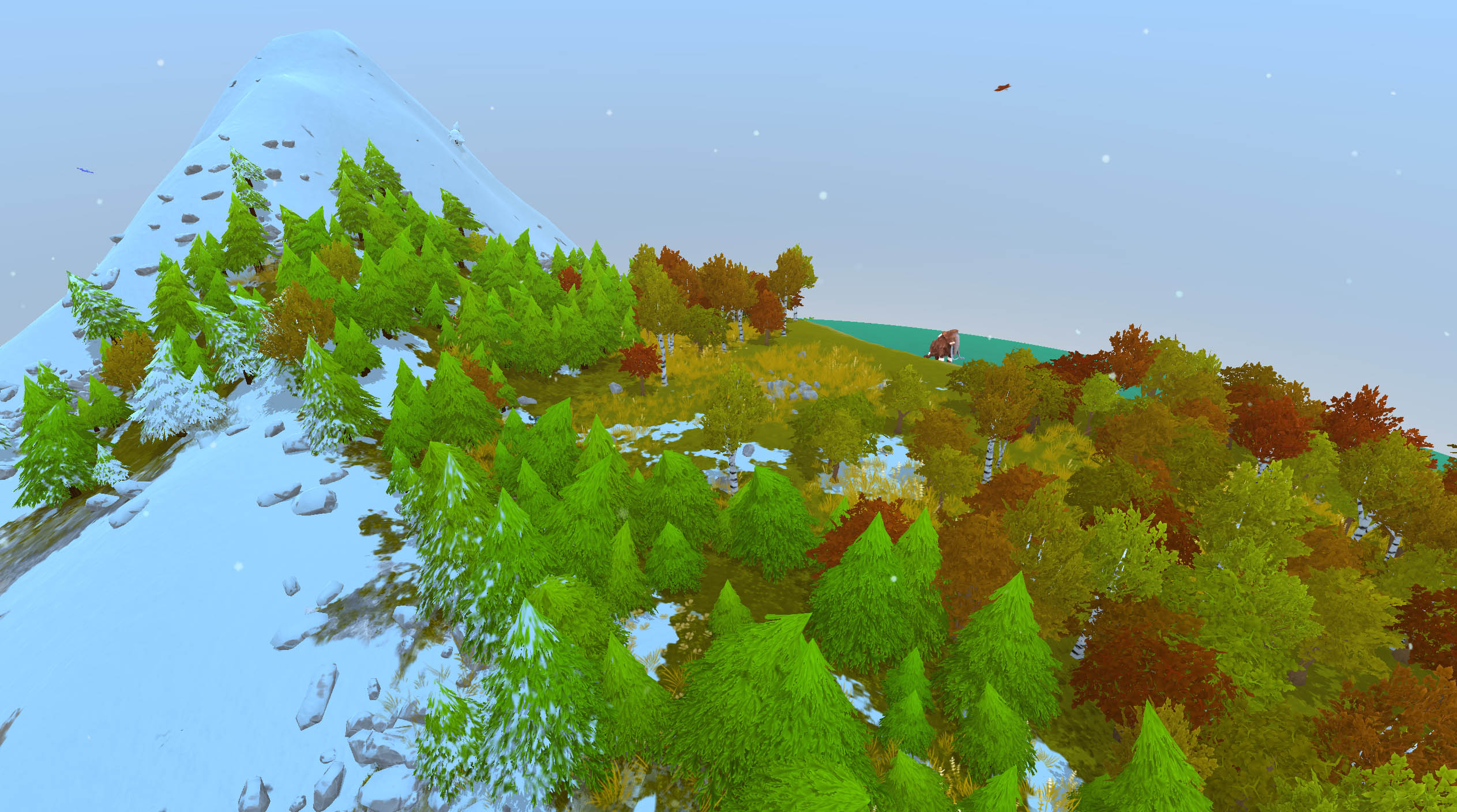 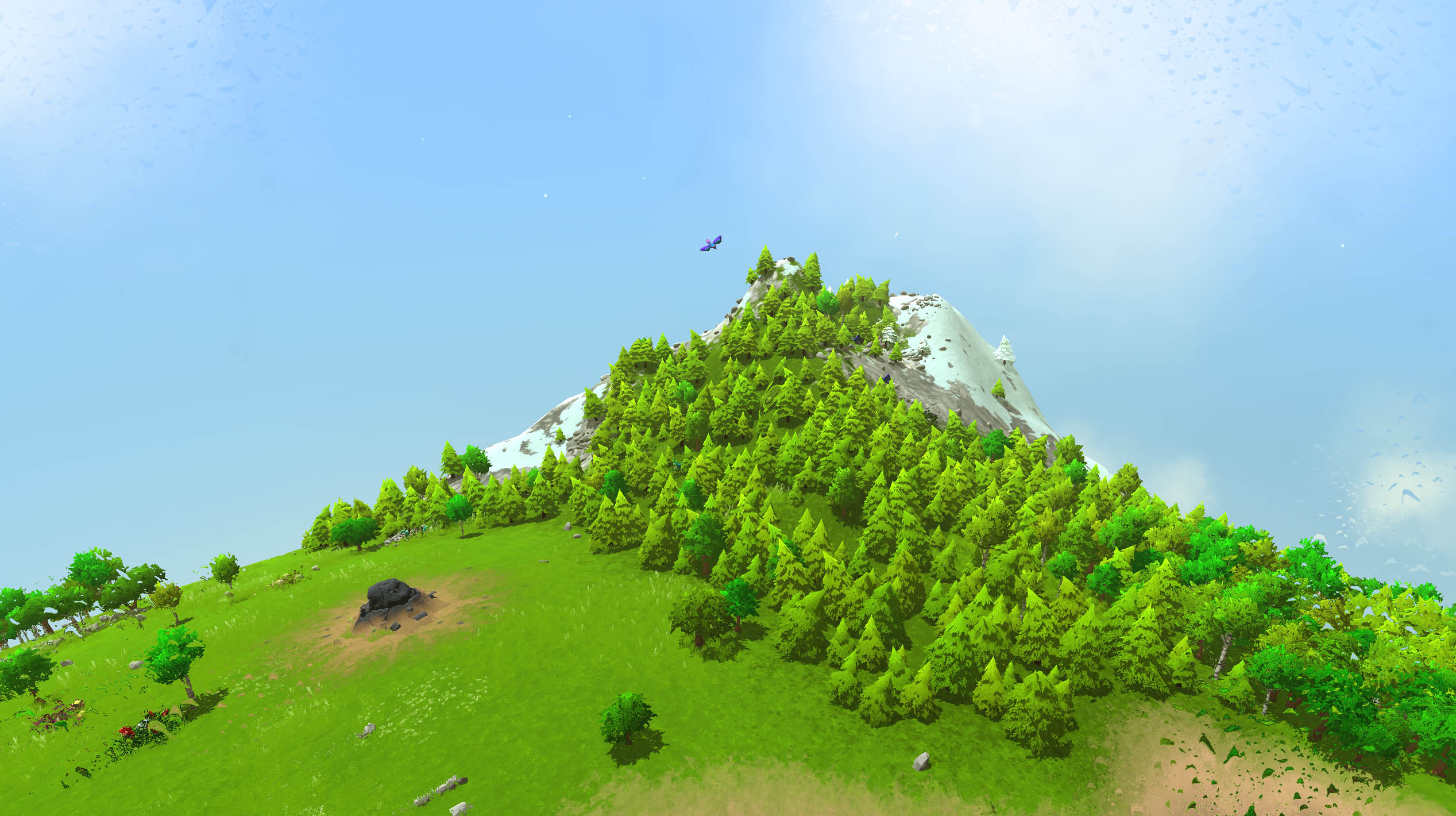 So, to summarize, mountains are cool and we hope you like them.

We have almost tripled the amount of objects on the planet compared to our previous system (the Mother Planet you know has been reborn). However, when compared to our Kickstarter showcase, we have around fifty times more objects than when we started. That’s huge! To think we were struggling to render that simple planet back then. We have learned and overcome so much together! 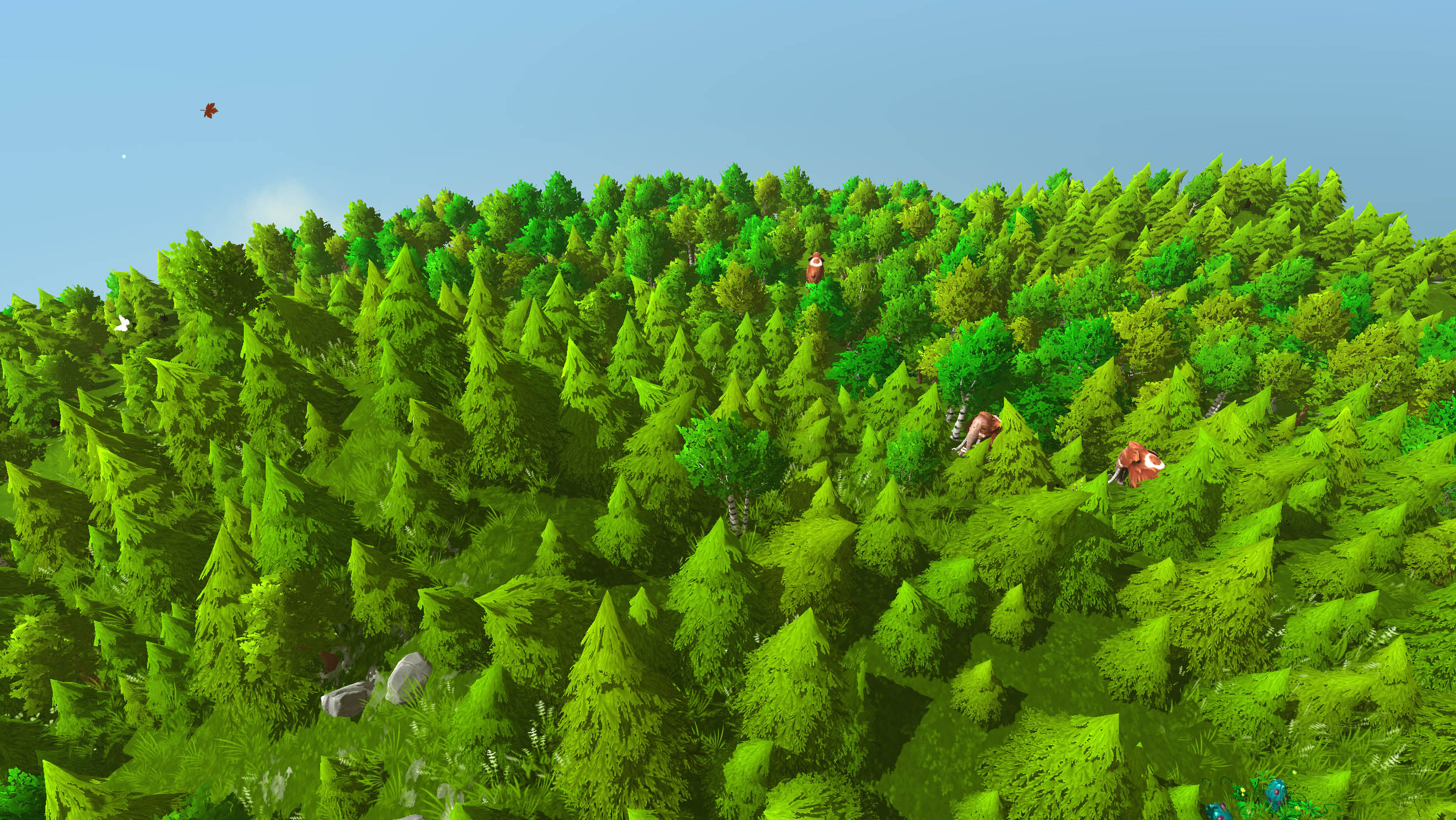 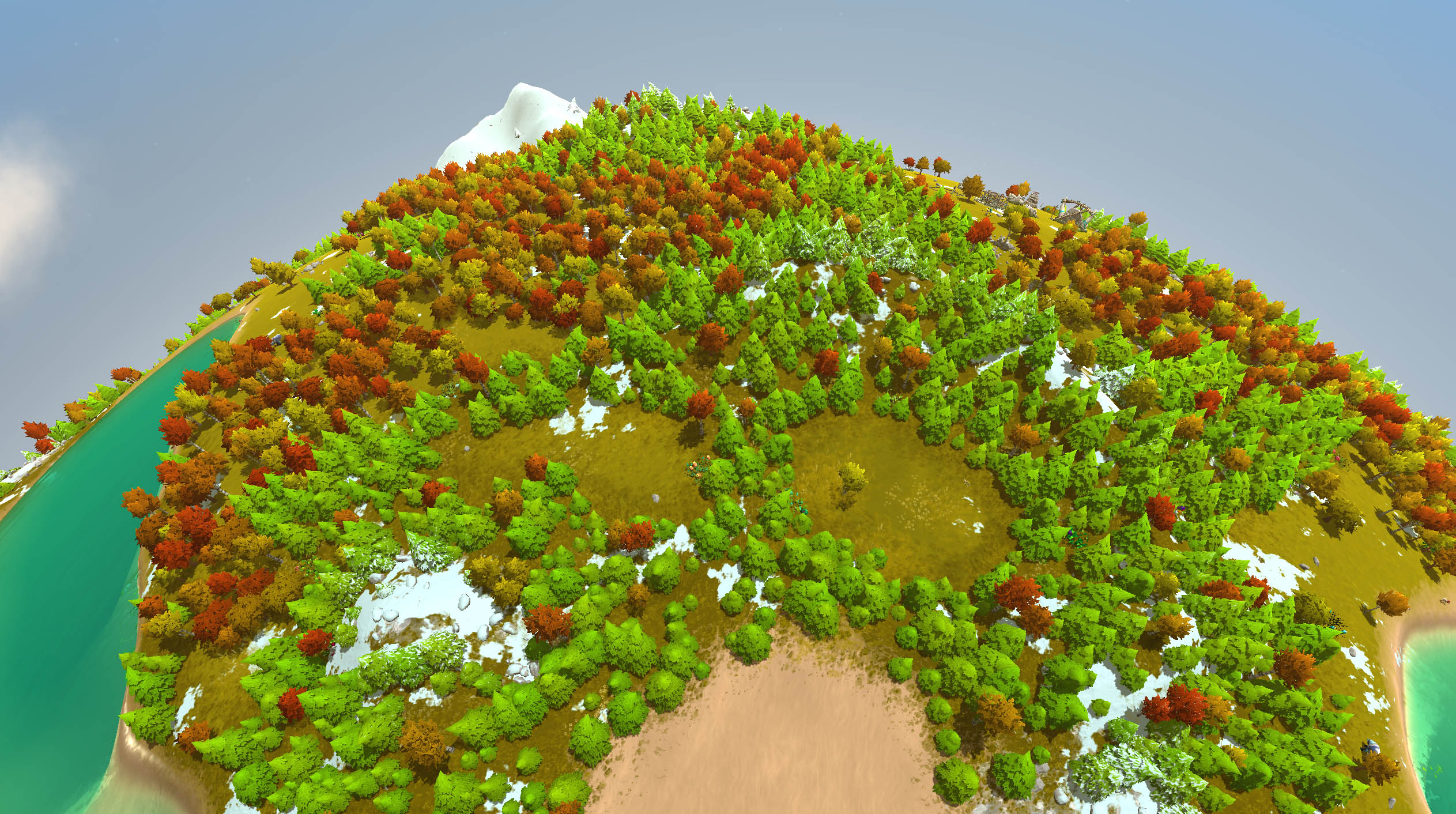 If you have been following along with our development, you likely know of the classic “Standing Nuggets” bug that has been the single most reported issue of all time. It haunts our dreams. However, this was a symptom of our old pathfinding system’s shortcomings, and it proved almost impossible to eradicate. To fix it, we did what any rational dev would do: we threw it away and started work on something better. The new pathfinding system is far superior to the previous method, which should theoretically prevent any kind of pathing bug to cause a Nugget to malfunction. We really hope this has solved the Nugget Stranding issue, and any further hold-ups with the AI should come from other systems. All-in-all, such issues should be much easier to fix now. *Crossing fingers* 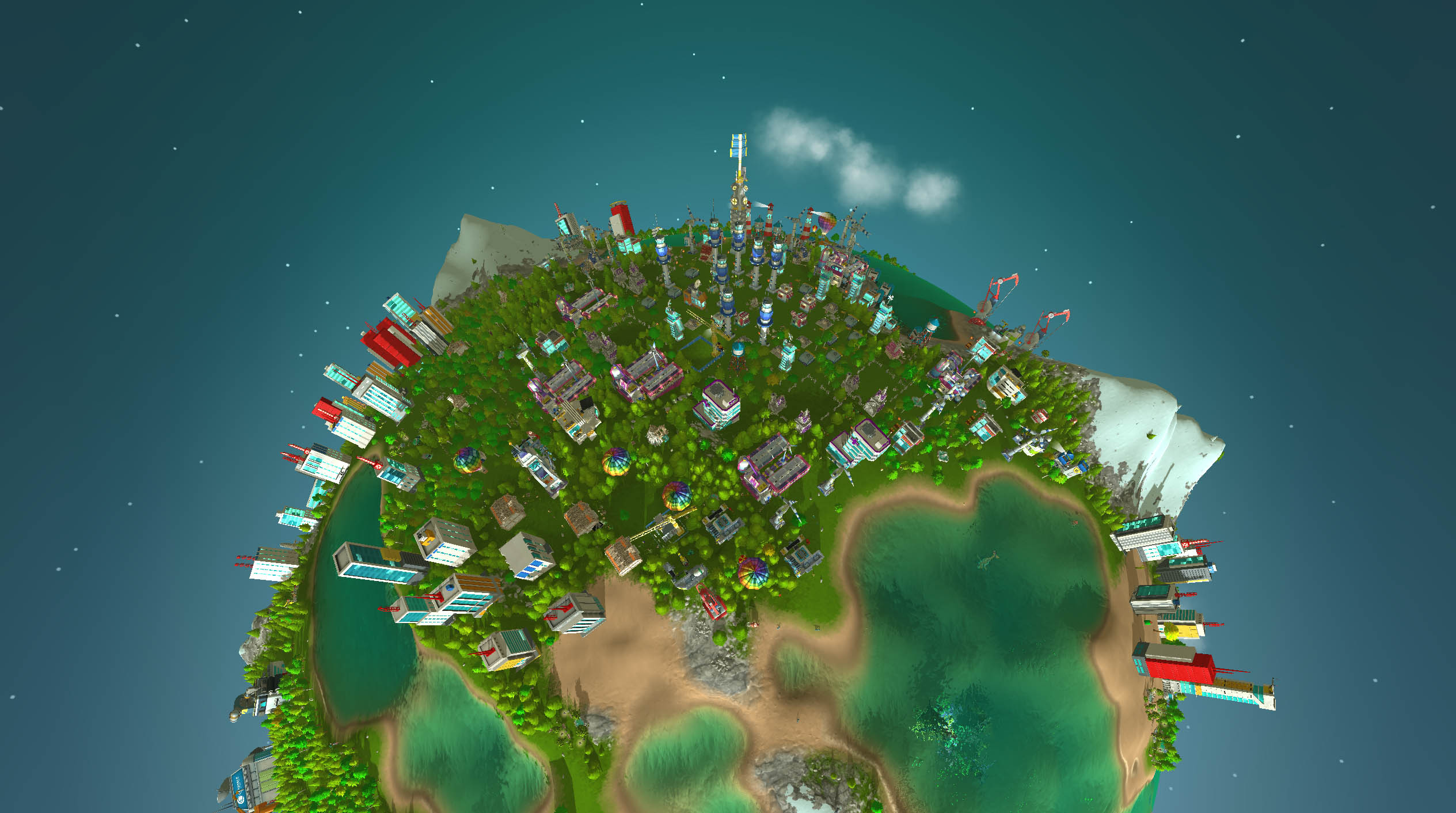 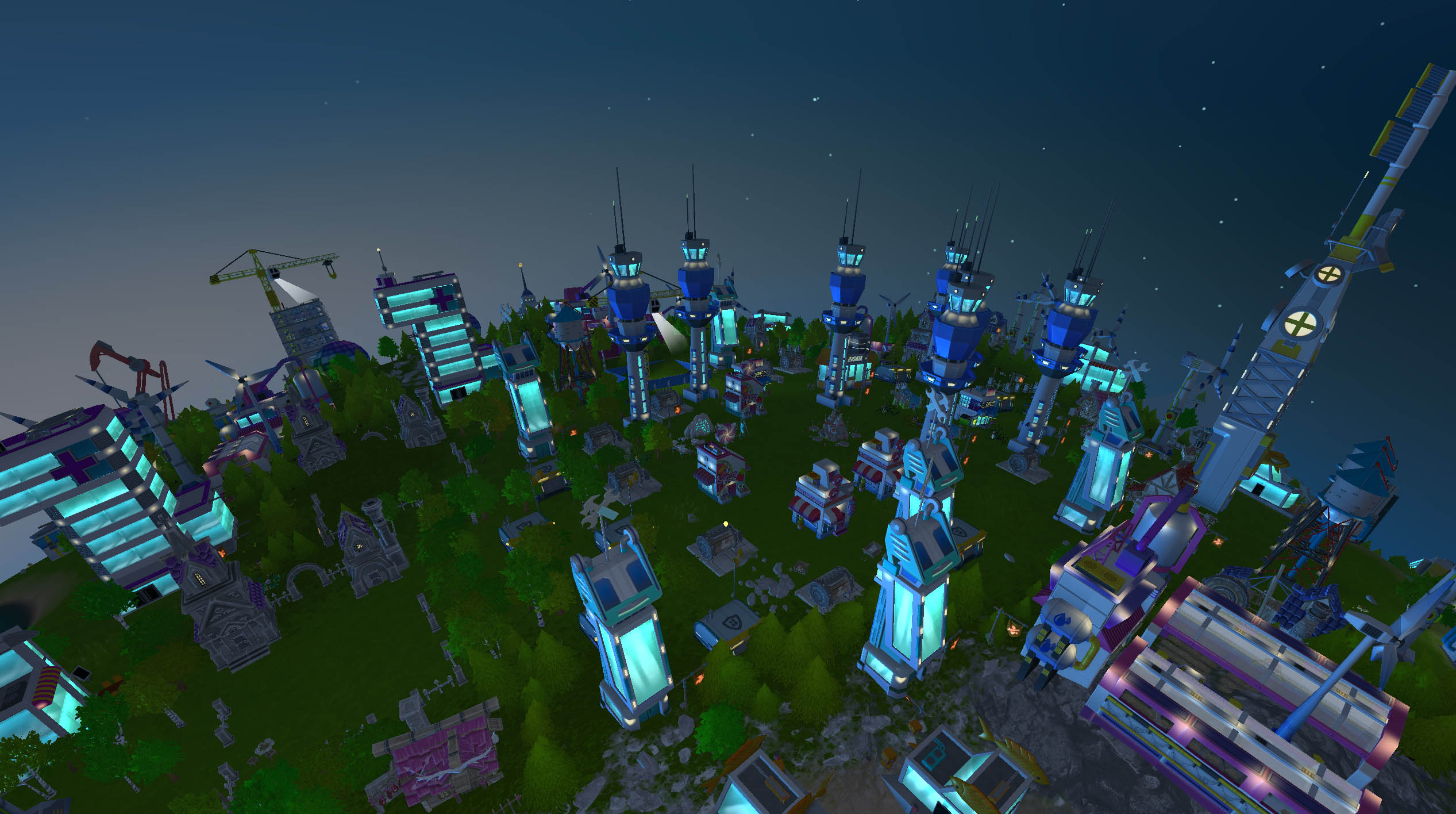 The updated pathfinding system will also allow us to have bridges and tunnels on the planet. These are currently in development and you can expect to play with them soon.

The real reason we redesigned and improved Prometheus was to help us with the design and implementation of other planets. We needed alien worlds to be completely awesome, giving you a proper incentive to conquer the stars. One extremely complex system we developed for this allows our designers to link the colors and visual properties of the planet with one another, enabling them to adjust them to their desired values and output stunning results. We haven’t shared any examples of this yet, which will prevent any spoilers for when you see the final product (it’s still a work in progress). 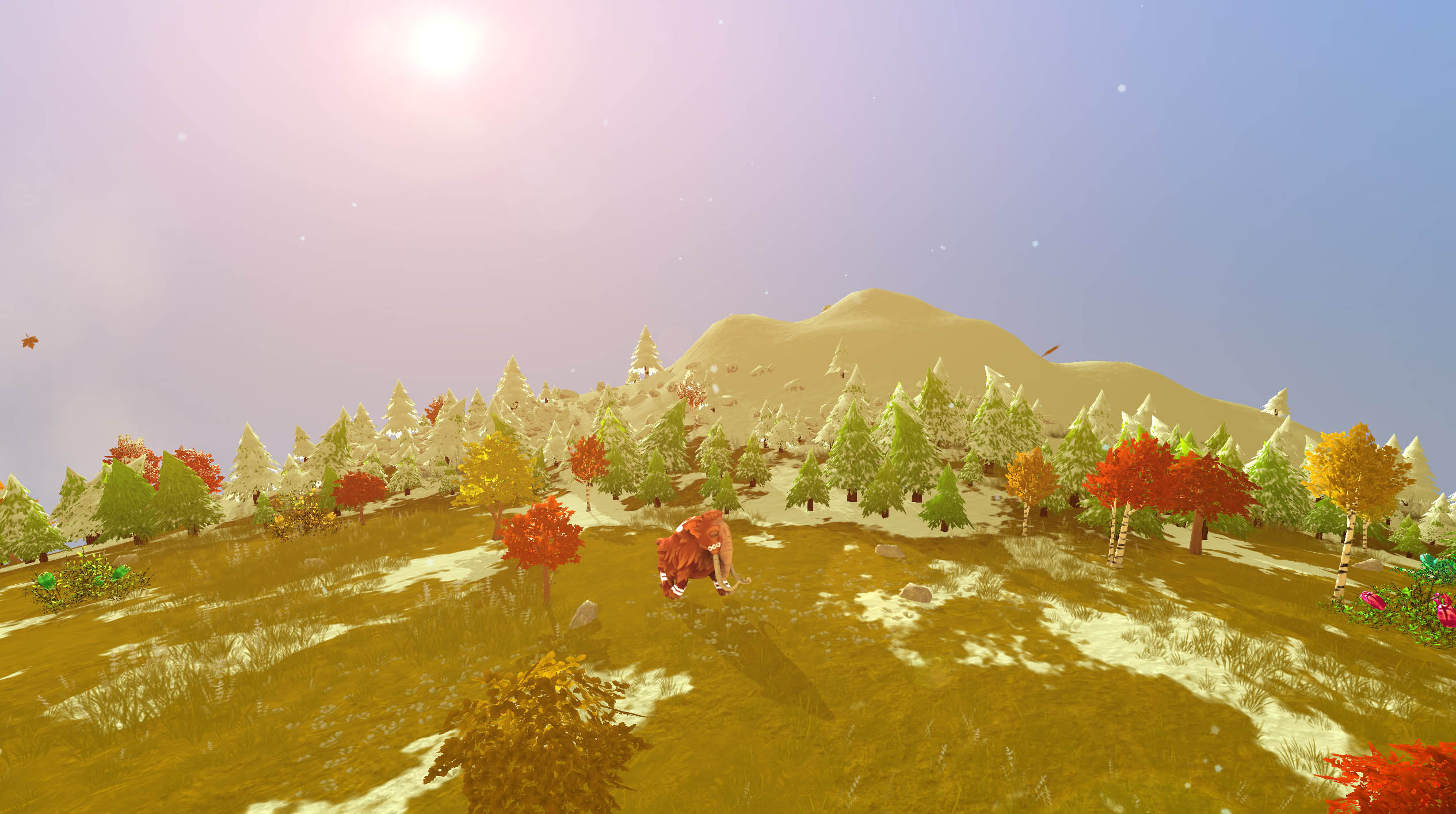 Every planet in the game will have varying environmental characteristics and conditions, which will affect how you play when you visit them. There will be lava and ice planets, planets without water, and planets where the time of day never changes. It is up to you to terraform these worlds to sustain life and create a successful colony. Planting trees will increase oxygen levels, while Thermogenerators will modify temperatures to comfortable values -- but such technology will require resources to function. You can either mine the planet itself for the resources or have them delivered through interplanetary trading.

We will share more about the Space Age in future updates. Be sure to drop us your thoughts and suggestions below and on Discord!

It’s enormously exciting to finally transition into beta. A lot of hard work, many tears, and way too much Red Bull has led up to this moment. In a few months, we will begin the final polishing phase for full release! There are over 500,000 people who have wishlisted the game on Steam, and so many awesome folks who have been giving us their support for years (that’s you). We are pushing ourselves to exceed all of your expectations and deliver something we will both love for years to come. Your kind words and positive feedback have always made us smile and given us the will to walk those extra miles toward our ultimate vision. If you are already enjoying what the game has to offer, please spend a moment of your time to drop us a review on Steam. It helps so much!

Enter Our Giveaway Contest for a free copy of The Universim

We will choose a random winner tonight. Tag your friend in comments for an extra key.

Make sure that you join for our newsletter, so you don't miss anything cool.

Once again, we wish you all a happy holiday!

All the best,
The Crytivo Crew

This Game looks good! Reminds me a bit of Spore. 😺

Been quite a long journey been tracking this since ages.