Post news RSS The Trouble With Robots featured on IndieGameStand

From April 2 - 6, pay what you want for 'The Trouble With Robots', with beat-the-average bonuses. 10% of all sales will go to the Against Malaria Foundation

Featured Charity: Against Malaria Foundation
10% of all sales generated by this deal will go to the featured charity.

"The Trouble With Robots is a real-time customisable card game for PC. Build decks by selecting from the 40 cards in the game - these cards determine what kind of army you can summon and what spells you have to support it. You can rely on powerful units like trolls and dragons, range units like elven archers, or an enormous horde of angry peasants!" 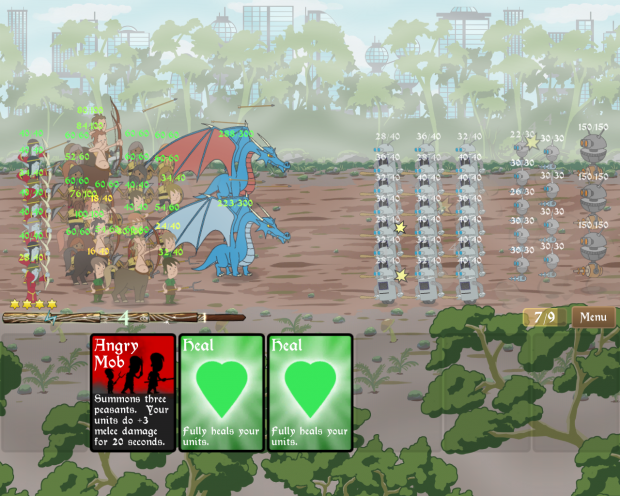