Hello and welcome back. It has been a long time since the last announcement. But this only means that we were very busy. The basic features of the in-game editor are working and the same applies to the animation system. We can now import models made in Blender!

Hello and welcome back. It has been a long time since the last announcement. But this only means that we were very busy. The basic features of the in-game editor are working and the same applies to the animation system. We can now import models made in Blender!

The editor can now display sounds, models, images and entities. Here is a screenshot: 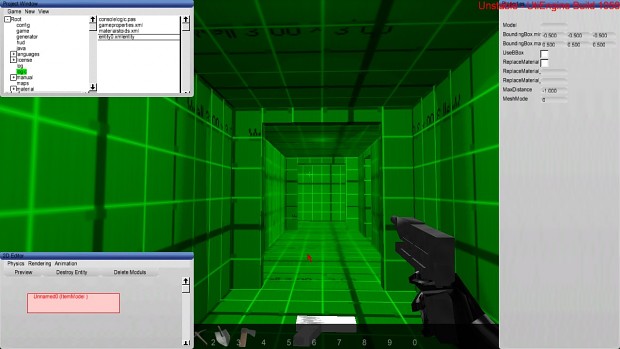 And we also implemented a property editor (on the right!). This is the entity editing view. The new entity has only an ItemModul which displays a non animated model.

When you followed me on Twitter you probably already now that we now can import meshes and skeletons from Blender. Here is a screenshot of the new fish which can now be loaded: 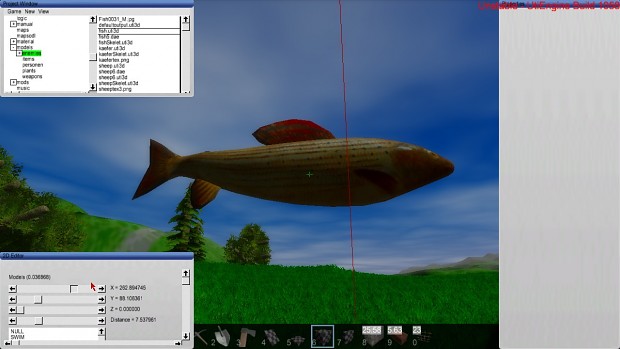 The next goal will be that we will give the fish a brain so that it acutally swims in the water. Hmm, the fish will be of course scaled down!

The new sheep could also be imported: 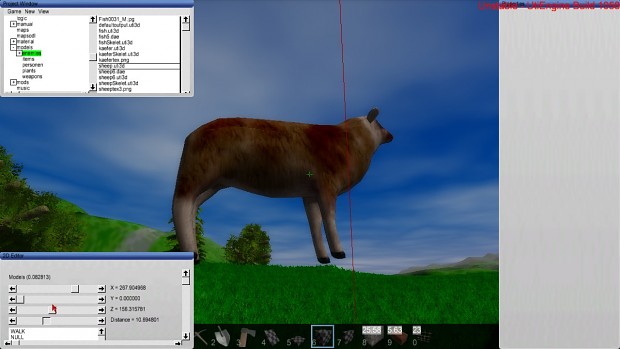 And we are working on an insect: 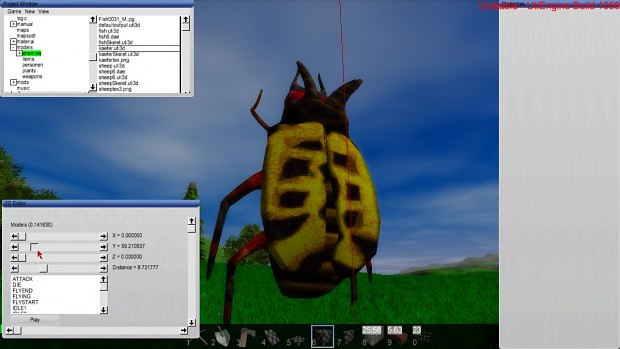 This model has still problems with the wings. We have not yet decided how we will use it. I am personally thinking about a small swarm of insects which will attack the player. But we will see if the engine can handle this.

To be abled to deal with the new models we had to change the code of the rendering system. We added better support for skinned models. Up to 3 bones per vertex are now support. And we compressed the transformation matrices which are used for the models. We are using now a combination of a quaternion and a position vector to represent them. This allowed us to increase the maximal bone limit from 30 to 60. If we need ever more bones we will use textures to save the matrices.

And due to the help of gamers we found several bugs. The bed didn't worked correctly. It should reset your health to maximal. Instead it hurted the player.

And we found a very ugly bug in the world matrix. One player wasn't abled to place blocks on a bridge any more. We have not found the problem yet, but we are working on it.

And we added a horizontal bar shape. One player had the idea that this could help when building a model.

And then the flash light. Sorry, I simply forgot to add an recipe for it. So nobody couldn't craft it.

We want to bring the advanced stuff to work. I am thinking here about the animation state machines, motion blending and the monster ai.

And we want to implement some of the suggestions players made!