It took ages for me to edit all of the ship thumbnails, but the deed is finally done. Around 50 ships sprites were replaced due to an artist's request, and 15 new ships were added. I'm approximately 70% way through all of the ships, so that's a good start. The wormhole has also been fixed, so it should be possible to move in between the Star Wars and the vanilla galaxies.

* Added ship thumbnails!
* Made the map background slightly darker (better contrast between text and background)
* Fixed the map! (the Star Wars Galaxy is now connected to the Vanilla one)
* Added a ship graveyard (still a prototype for now)
* Menu background changed (now has Coruscant and the Death Star II)
* Altered the characteristics of most of the secondary weapons (reduced velocity) 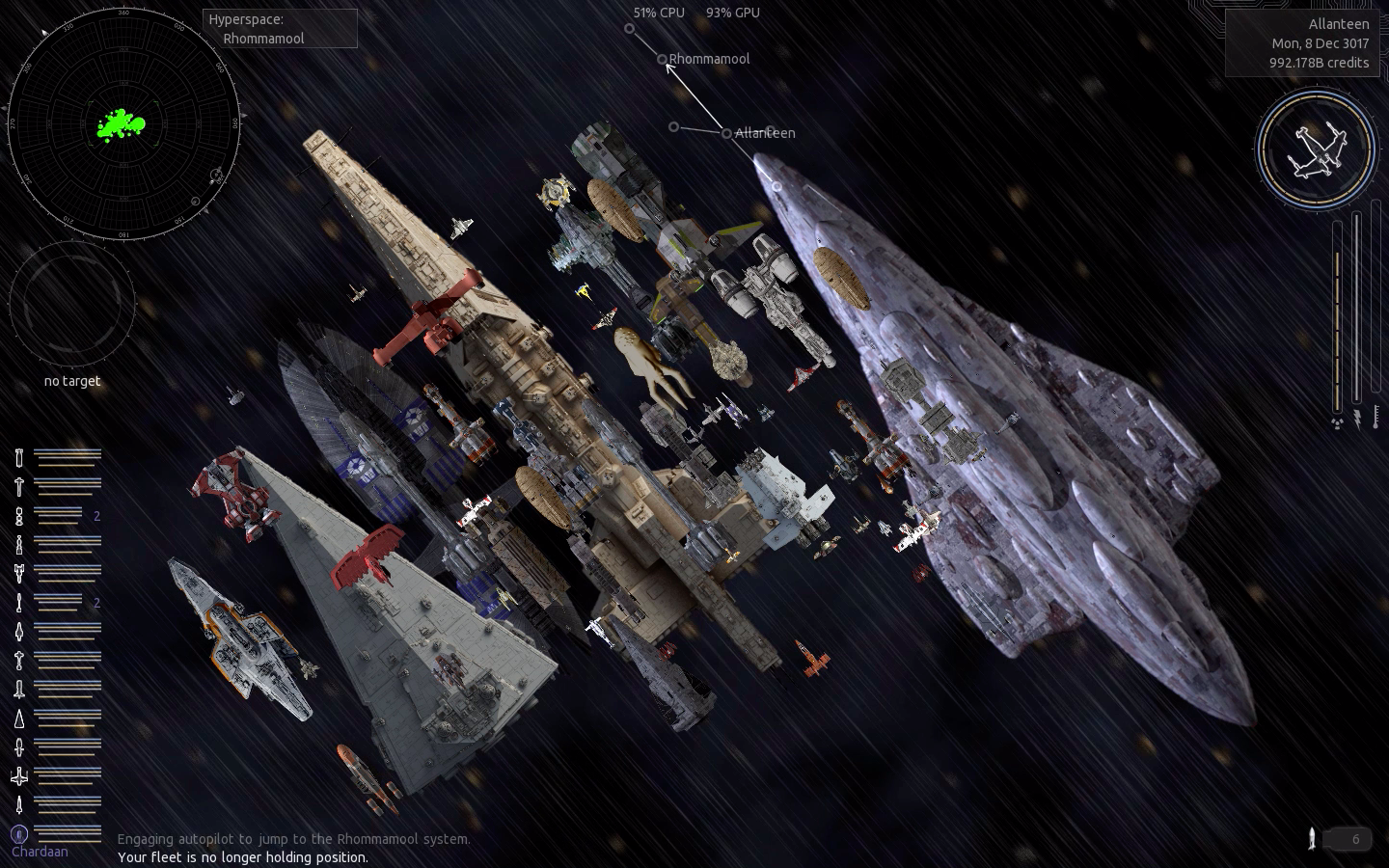