We’re getting close to release, and while we don’t want to spoil much of the story, here’s a little snippet of what to expect in game!

If you’ve been following our previous updates then you already know we are getting close to release. The formal release date announcement will be in our next update, but you can expect the game before October! There’s been a lot of tweaks and improvements to the game, and almost all of the changes we wanted to make from the Beta test have been done. While minor changes and polish can really make or break a game, they aren’t that interesting to talk about (or read about), so instead I want to talk a little about the story of the game.

One of the things I find fascinating about the story of I Can’t Escape: Darkness is that there are actually three different stories, all related to the tomb you are trapped in, but from different perspectives. 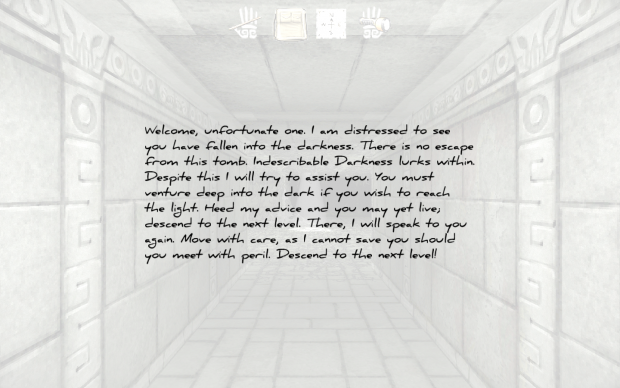 The first part of the story you’ll discover comes from a disembodied voice in your head. This voice tells you upfront that it cannot save you from peril, but that it can guide you. It will continue to guide you throughout the game, but it is up to you whether you wish to blindly trust an eerie disembodied voice, especially when it wishes you to descend further into the darkness. 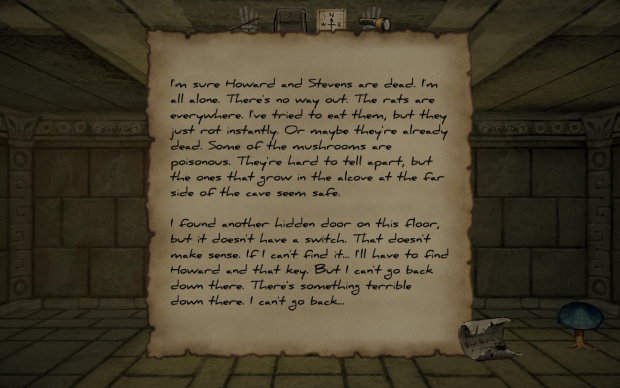 The second part of the story that you may discover are letters written by a group of previous explorers. While there's nothing left of them but bones, they can give you many hints and another perspective apart from the disembodied voice. But, how helpful can these letters be, since they were written by explorers who were never able to escape? 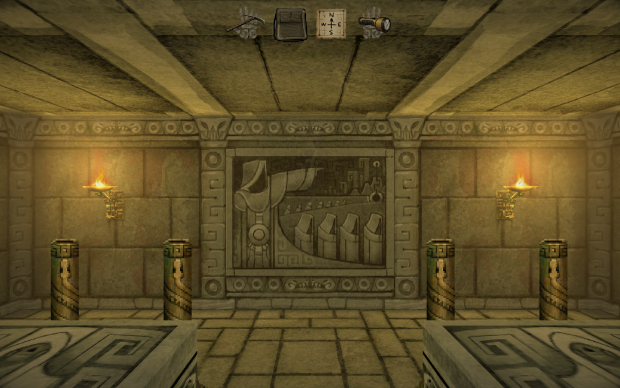 The final part of the story comes in the form of carvings on the walls of secret rooms. If you find enough of these panels, you can piece together what this awful place is, and why it was built.

That’s all I’m going to reveal about the story of the game (I don’t want to give away too many secrets)! The rest will be for you to discover in game - look forward to our next update when we will be announcing the official release date!