A feature on the different Starfighters found in Edge Of Oblivion: Alpha Squadron 2.

Posted by MartianMonkeyGames on Jul 31st, 2015

Hi all, Alpha Squadron 2 has been released on iTunes and Google so far and we are currently porting to Gear VR (which is looking and playing absolutely amazing BTW)!

This is the second of a series of features on the locations, characters, ships and so on that can be found in the game!

The most reliable and commonly used combat craft in the Elysian star fleet, the E15 is an excellent all around star fighter. Highly maneuverable, the E15 is equipped with two medium intensity laser cannons and one guided missile launcher. 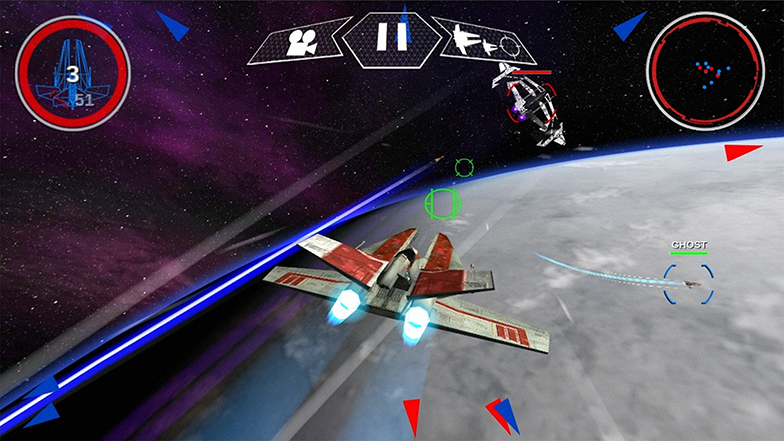 A venerable workhorse, the EB2 Star Bomber is heavily armored and carries high explosive proton bombs in it's arsenal, the bombs can destroy enemy structures and capital ships very quickly. The star bomber is also equipped with two medium intensity laser cannons and a missile launcher, all of these weapons and armor come at the expense of speed however, making the EB2 slower than Elysian fighter craft. 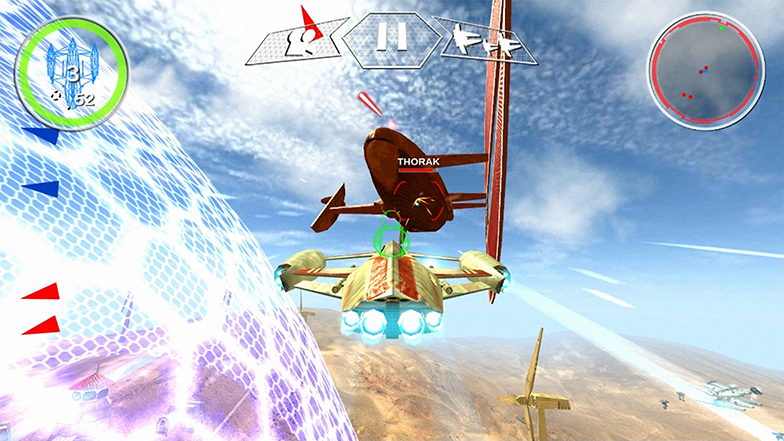 The E17 Interceptor was designed with the goal of holding its own against multiple enemies during combat. The fighter carries three guided missile launchers capable of tracking and launching at the same time and is equipped with three high intensity laser cannons. These weapons coupled with high speed and maneuverability, make the E17 highly effective versus overwhelming numbers of enemy fighters. 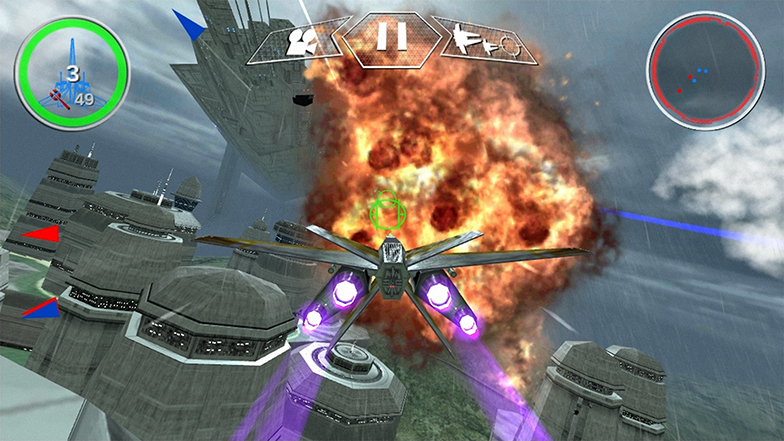 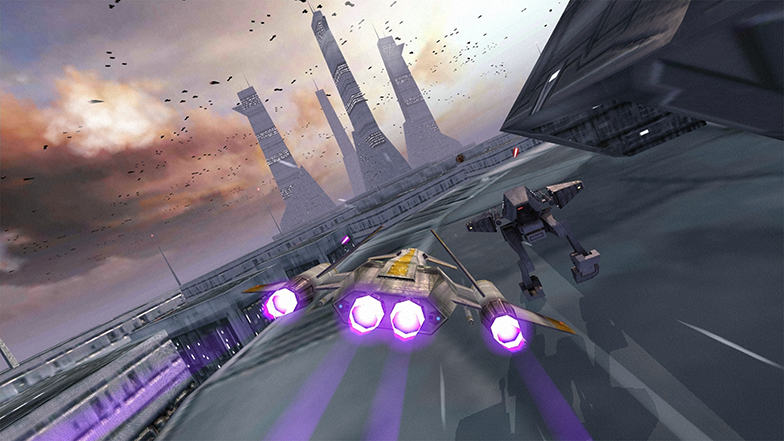 The Warbird is the backbone of the Hadian fleet, a fast and highly maneuverable fighter that is produced in massive numbers. It is equipped with two medium intensity laser cannons and very light armor, making the ship quite vulnerable to most Elysian fighter craft. Despite this vulnerability however, the Warbird outnumbers Elysian fighters four to one. 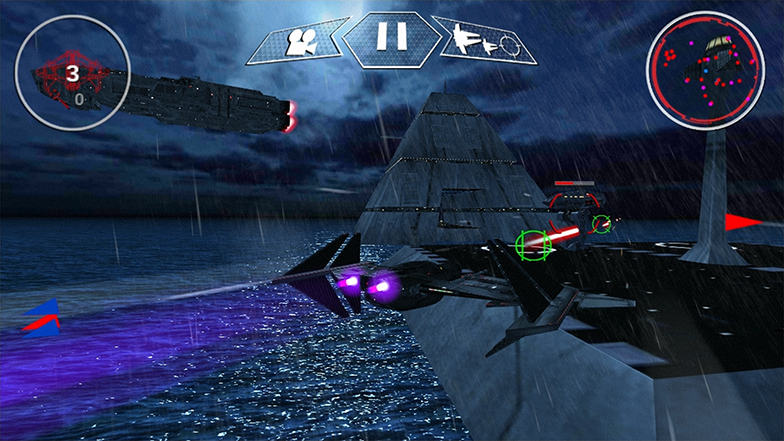 The Hadian Bomber is quite similar to the Elysian EB2 in most respects except one, it carries three lethal high intensity laser cannons. The bomber's other armament includes one guided missile launcher and high explosive proton bombs, the ship is heavily armored and sacrifices speed for this advantage. 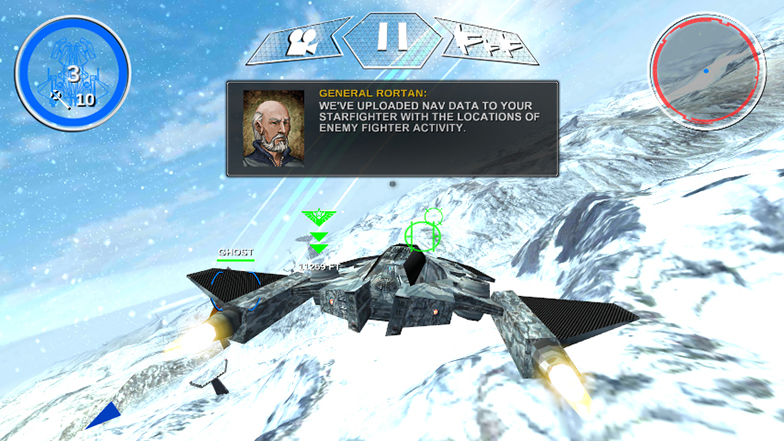 The Hadian Interceptor is a new star fighter recently introduced by the Hadian Empire and is a serious match for the Elysian E17. The fighter is equipped with two high intensity laser cannons and three guided missile launchers. The ship's weapons, coupled with extreme speed and maneuverability, make the Hadian Interceptor a formidable opponent. 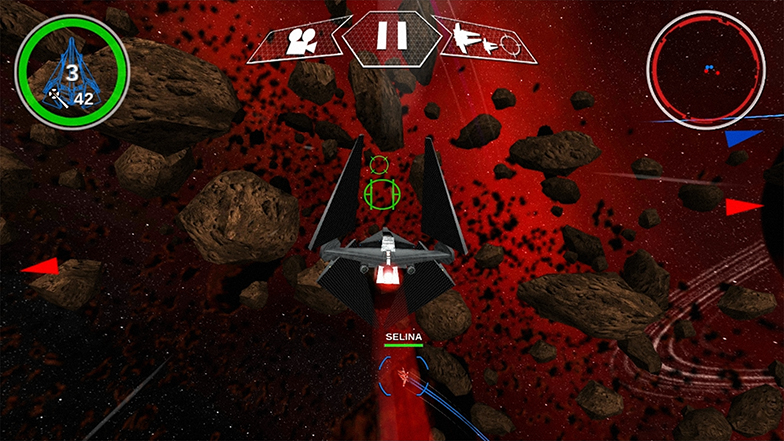 The EC4 shuttle is used by both the Elysian fleet and the Hadian Empire, mostly as a special forces commando transport. The craft is heavily armored and can carry two medium intensity laser cannons in the front and in some cases a defensive cannon in the rear of the ship. The EC4 typically requires a crew of two to pilot and man the defensive weapons, it's size and heavy armor make the craft quite slow. 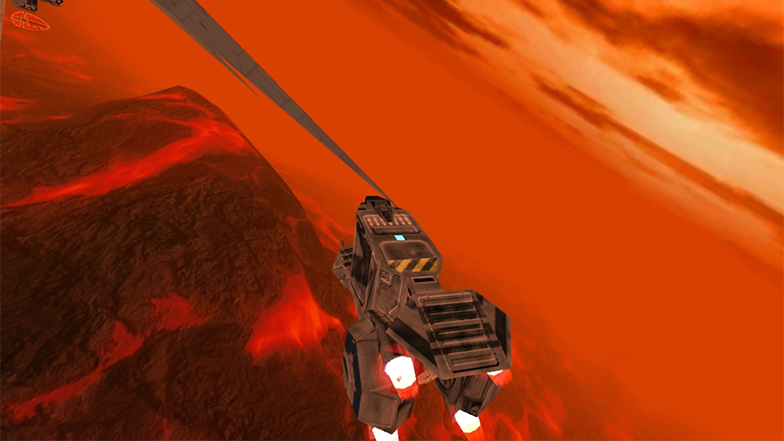