The Sapling is available as an Early Access title today! In this post I describe how weird that feels, and answer the question everybody has about this game.

As of today, The Sapling is available as an Early Access title on Steam (and soon on itch.io, GameJolt and Kartridge). Let's celebrate with a microtrailer:

Out in the open

It's quite a weird feeling to think that this game, which has been my side project for so many years, is now available to everybody. The game was of course already playtested by dozens of players (which turned out to be an absolute must, as it was way too complex and confusing in its early iterations), but the fact that there's now a Steam page where you can click 'Buy', videos that are watched by thousands of people, and comments everywhere talking about 'potential' - it's a feeling that's hard to describe. As a side advantage, these videos also show me some major mistakes that still need fixing; I'm creating a new build with some fixes as I write this.

The nicest responses have come, perhaps unsurprisingly, from Spore fans. For example, my absolute favorite video of the game is this one by KinglyValence. KinglyValence is a speedrunner that currently holds the world record for all individual Spore stages but the first, in all difficulties. He spent some time analyzing The Sapling and managed to complete all four scenarios in a whopping 10 minutes and 16 seconds! 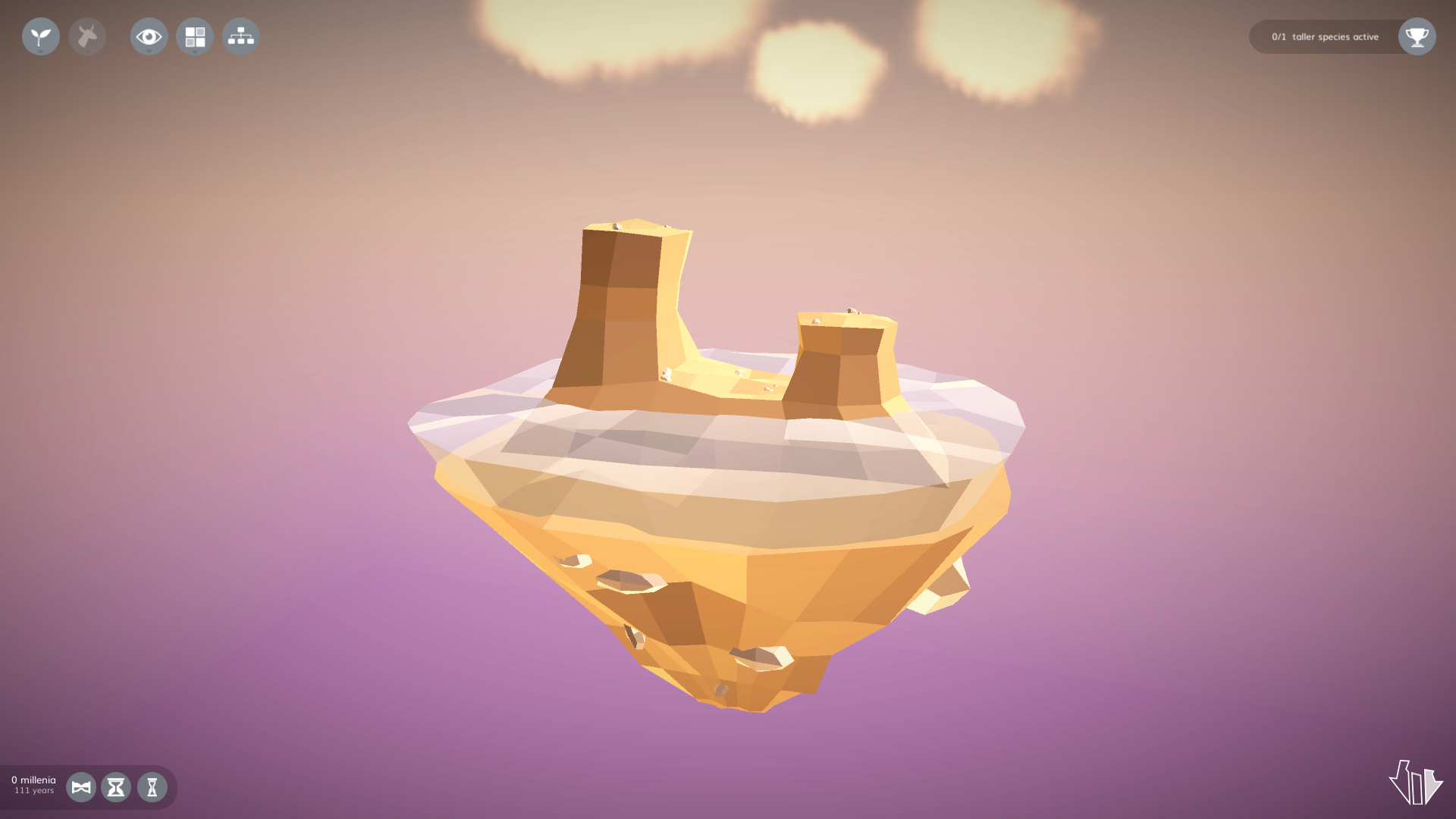 The Sapling and Spore

Speaking of Spore, most questions I received over the last few weeks were related to Spore in some way or the other. So what is this relation between The Sapling and Spore anyway? The Sapling was originally conceived during a bicycle ride to school in 2002; at the time I was so excited about it that I was planning to write to dozens of game developers to 'give away my idea for free' (at the time not realizing that having an idea is not that special in the game industry, realizing one is). Little did I know that at that time Will Wright, father of simulation games and an absolute hero to me, was already working on it. You can imagine my excitement when he revealed Spore at GDC in 2005; it became an absolute obsession of mine. Checking several Spore related news sites was the first I did when I opened up a web browser these days.

Since its release in 2008, though, I have only played through the game twice. Turns out what I liked so much about Wright's earlier work is that they were sim games; a detailed simulation of some real life phenomenon to toy around with. Spore was a collection of little games in multiple genres (2D arcade, action, strategy) that together formed a narrative. While a beautiful idea, it was not the game I had dreamed up in 2002. In the mean time, I had started to make games in my free time (starting with GameMaker, then with Pygame) and I started to feel more and more ready to build a small game around the idea myself in Unity 3D. It must have been around 2015 that I completed an implementation of the algorithm Catmull-Clark for Unity, essential for the editors in the game, that convinced me I could do it. I wish I'd had known back then it would all result in me writing this release blog post today. 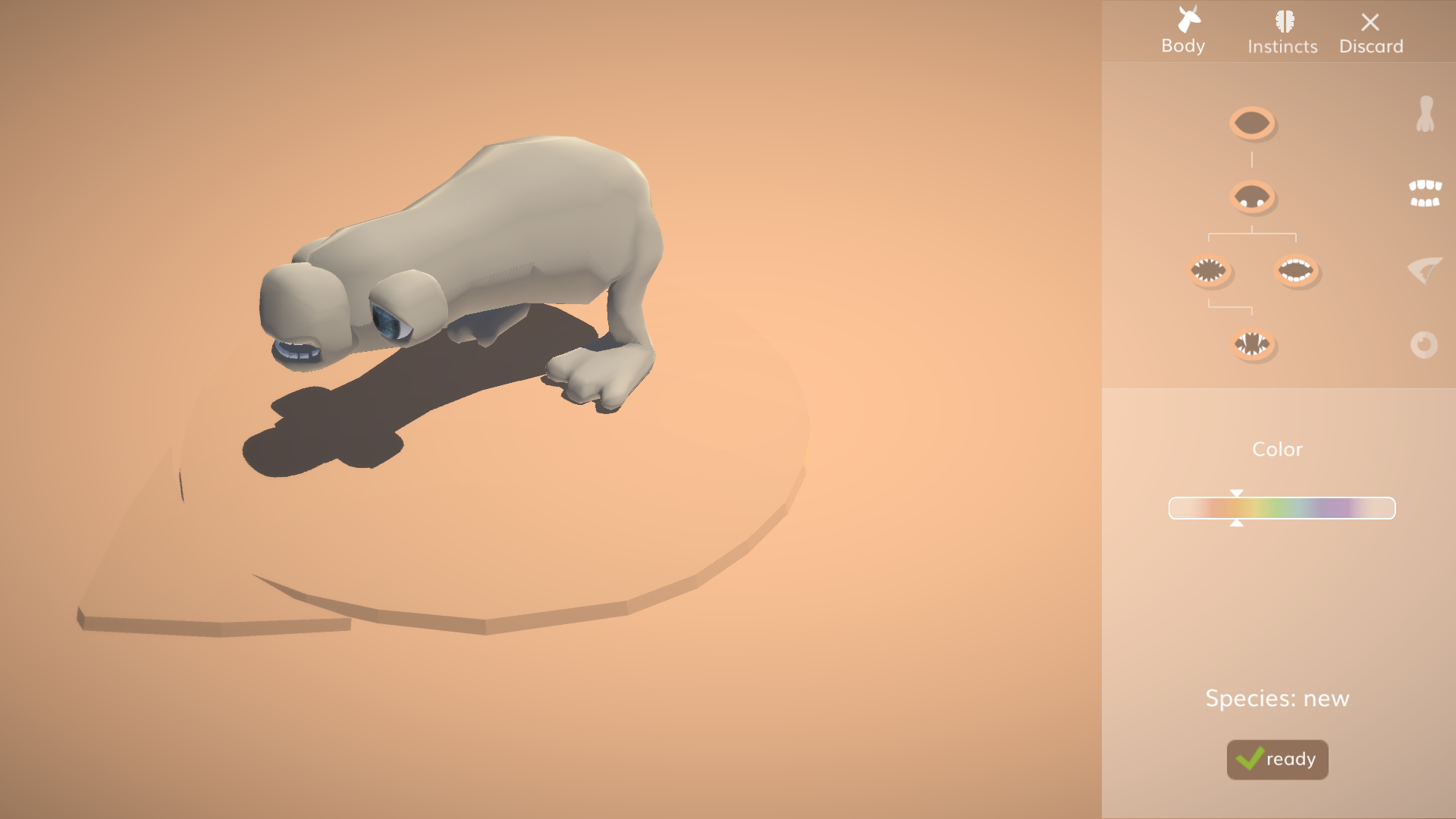