Explaining how players can use turrets and build gameplay around it.

Around the colony there are many inactive turrets, some of which can be triggered simply by powering up their power supply stations. These power stations are located in huge or military buildings.

But, for most situations, in order to power up a turret, you will need to use a power cell, which can be found in buildings, gained from missions or, rarely, found across map.

If players really want to take some neat advantage from turrets, they can either use Disarm tools or a demolition class to dismount a turret from its station. The turret can then be mounted anywhere on the map, but as always, in order to power them up the players will need to use power cells.

Using power cells on the same turret will increase its damage and fire rate, providing tactical options. Go for a large number of turrets, or boost up a single one and carry it around!

Support us on Greenlight! :)
Steamcommunity.com

Here I present you with some screenshots of the turret defense situation! 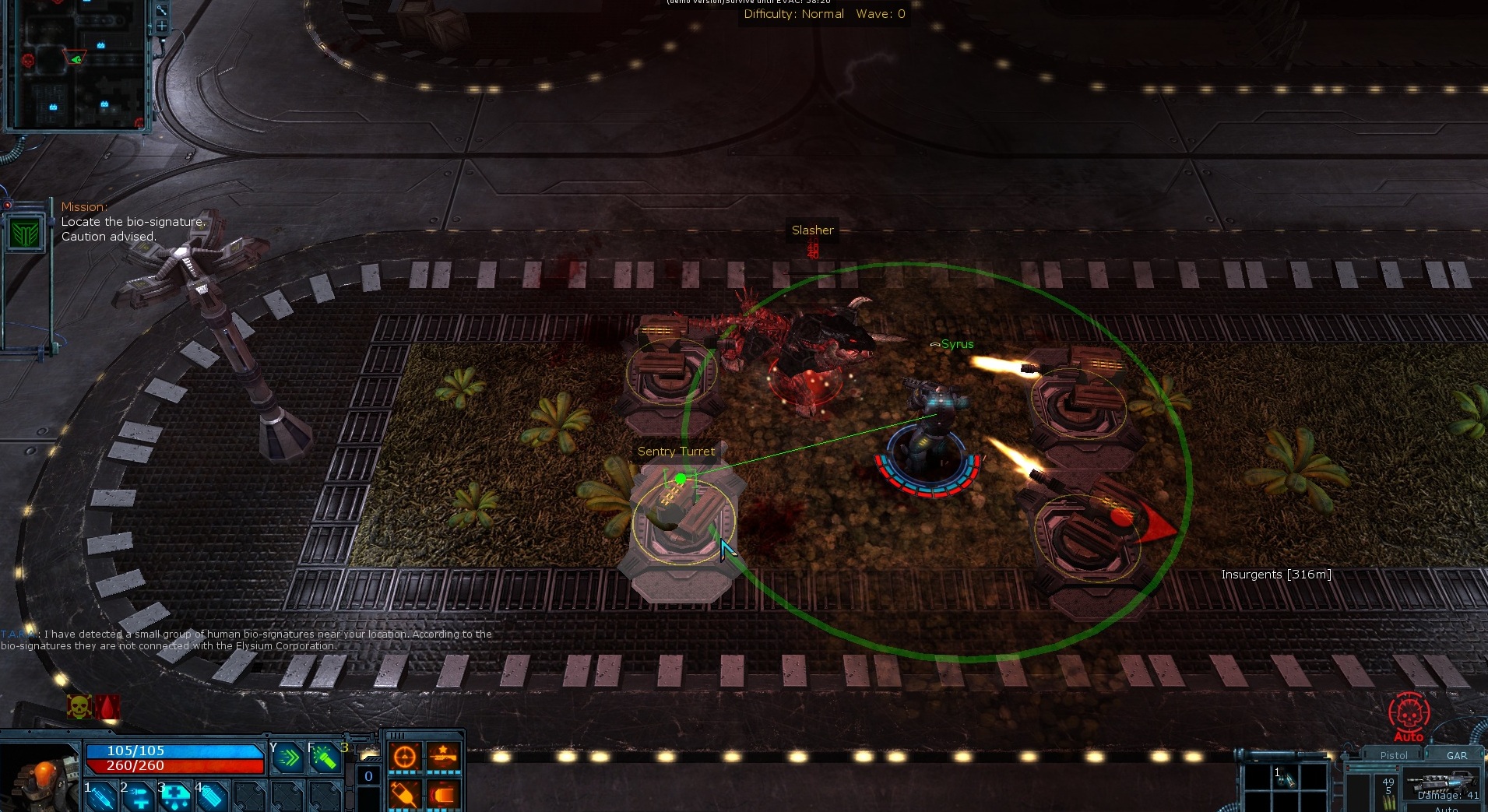