My fair warlords and warladies: it is with great pleasure that I announce the release of the newest and most awaited version of The Protectors. Witness its greatness as it is the result of another full year of development.

Though it has been a long journey, I finally bring some news. I have entered the realm of Etheria through its dark, mysterious interface. All the menus have been redesigned and adjusted to custom resolutions. Loading screens now possess impressive concept art and rich text about the universe, history and general hints collected from wise men of old. The world map has been redrawn at a higher, more detailed and lore-accurate scale and all the chapters, campaigns and custom add-ons have been updated to support the new coordinates. The battle UI also benefits of a few graphical tweaks, as well as the ability to shrink or expand by user preference. The stats, tags, weaknesses and other details are now viewable in the control panel both for units and buildings. Each spell now has its own unique visual particle and sound effect, along with a suggestive icon visible in the hot-keyed spells area. The elapsed time is now also constantly displayed on the top, while mission specific information is still stored on the right side of the screen. Spell timers remain on the left side, with only high priority messages popping up in the middle of the screen, such as diplomatic changes, perk adjustments or important resource modifications. 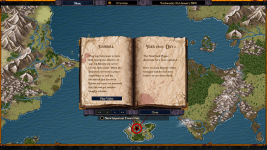 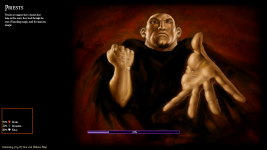 Several units seemed to me visually different… they better fit their nature and theme now. Minotaurs are now bigger in size and more ferocious for instance, while slimes and hydras look more sickly and infested. I have witnessed some gruesome battles too! All units now bleed upon impact depending on how much damage they receive, while other elements such as scorch marks, decaying bones, arrows, etc. remain on the battlefield. Footstep sounds, along with other terrain and weather impacts, all collaborate now as ambient-defining elements. 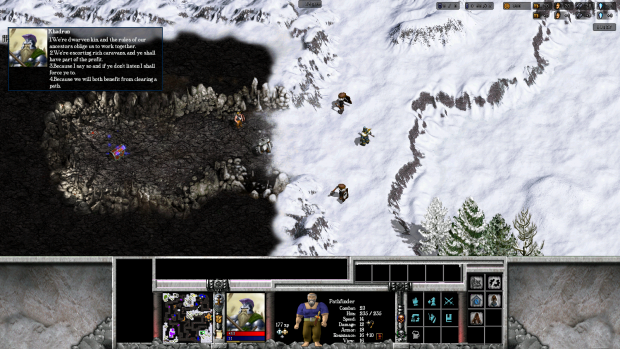 New creatures have joined in the fray. The Rock Giant hurls boulders at the Barbarian’s enemies, while the Praetor trains the Imperial Armada. Devourers and Dust Devils roam the vast deserts. I also spotted Witch Doctors, Slayer Knights and green Oozes lurking in swamps. Even the well-known units now have new abilities. Zombies and Ghouls may now spread their infection to their victims, greatly multiplying their numbers. Sergeants may now encourage their soldiers to not be afraid or terrified of dragons, reminding me of the old knightly Order of The Dragon. The Swarm can now drain resources and mana while it digs its great hives to increase the already big population of insects. Dwarves have become extremely resistant to harmful magic spells and their beer is now more potent and “different” in effect. Orcs have discovered a new type of bolts for their kobold snipers, while the Dark Elves have imbued their arrows with lethal poison from fresh spider blood. Many other dangers await in this world.

On the bright side of things, I must say browsing through items in shops is now a slightly more pleasant interaction. Items now carry a baggage of lore in their descriptions. Comparing two items was made easier by creating help boxes detailing the items in question. Their stats have been rebalanced, some offering entirely new bonuses and curses. “Pick-up” and “drop” sounds can also be heard, imagine that! 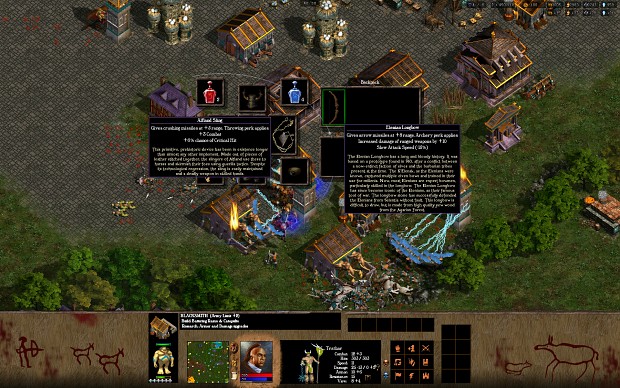 Yet, Etheria is known as The Land of Heroes and indeed new heroes have emerged. Master Paladins are now filled with fervor and Rangers may now cast nature spells and use their bow at the same time! Assassins like to weaken their targets before hitting the final, lethal blow. Merchants now always carry an “emergency fund” with them available at all times just in case a battle starts. Tinkers have learned the benefits of tactics, increasing the efficiency of nearby mercenaries. You can’t be too careful these days. Times have changed, what can I say? Maybe a Chronomancer is using one of his newer spells. Others have gone out for more nontraditional ways of magic. Warlocks now cut their own veins to cast spells although I’ve heard they are having problems healing the resulting wounds. Only the powerful Battle Potions the Brewers do have an effect on them. Then there are the Alchemists who now only use resources such as gold and metal to cast their spells. Now that’s something a thieving Double Dealer could really profit from.

Now they have new or improved rules of battle. Start locations may be random and so can be an allegiance. Treason and treachery are common just to become King of the Hill these days, which is why having experienced bodyguards with you at all times is more important. Sometimes, skilled healers may be hired to resurrect heroes, although they charge for extra each time they perform the ritual. Bigger battles happening on bigger lands are now also more frequent, especially in the archipelagos and dense jungle areas, though some battles even spill on open farmland.

What’s more, all the Barons, Dukes, Lords, Princes, Kings and Emperors have gained much more experience in the matters of war. Some have even gained the reputation of Demigods, quickly erecting fearsome strongholds, raising huge armies, deploying deadly strategies, razing enemy mines, retreating when necessary only to strike back again and eventually vanquishing their foes with such unhuman efficiency that some accuse them of possessing artificial intelligence. Expect great difficulty when dealing with these types of warlords.

Alas, my time for writing letters has come to an end. Battle draws near! Attached are the detailed changelogs and quests I have observed up until now. Godspeed!

A Grand Councilor of The Protectors Team

P.S. I leave to you directions to my bank account, if you so desire to further support my journey with much-needed coin.

P.P.S. We can indulge in more letter writing over at Discord. Many warlords share their experience there.

Thank you for Christmas Gift!!

Nice. Steam Greenlight is not too far away huh?

Wow incredible! Love you guys and the beatiful women's voice in the trailers ;)

Game started crashing again. Not sure what's causing it, it just randomly does in the middle of the mission. I remember there were some methods to fix that, like changing resolution to something, but I don't remember what those methods were.
I tried starting it in XP compatibility, as well as changing resolution so it would have the same ratio as my screen, which I believe was one of the fixes I read about, but nothing changed.

Any mission or just Miasma of Malbec?

Used to love ths game but unfortunately i cannot get it to work. It installs, all patches are installed (a, b) but when i execute the file it starts up, enter the game then crashes with a resolution should 800x600 minimum warning... my native resolution is 1600x1200. I have tried compatibility mode as well as putting -w -r:800x600 om the target line of properties. Still the same issue...