Post news RSS The process of the World's design

We want to share the process of the World's design.

We want to share the process of the World's design.
As we said in our first post the demo is set in Grassland, in what we call The Meadow. 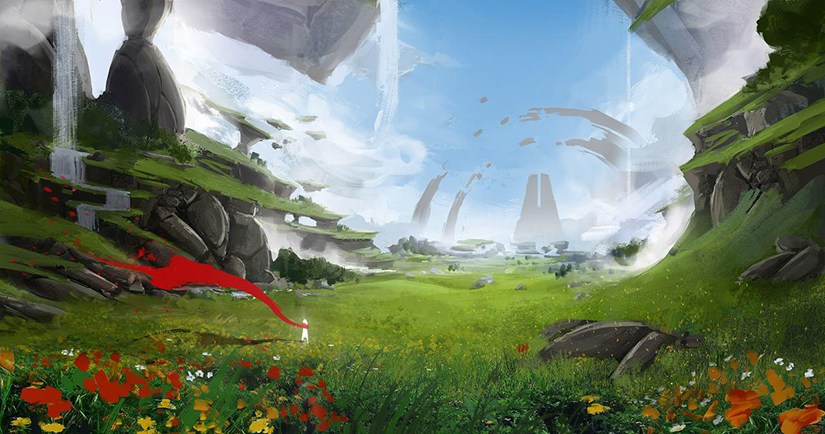 The meadow’s scene design has been gradually changed and improved. We are talking about an extensive area with big plains and a wide variety of lush, an area were an ancient civilization was settled and from which only some old ruins remain in this world. The biggest challenge we had to face was to embody the pictorial artistic style of the original concept art to the 3D, keeping the expressiveness and colouring that the drawings have.

Starting from the original concept art, we worked on the form of terrain, testing with different compositions with BSP in UE4, always trying to remain true to the map design we worked on previously. 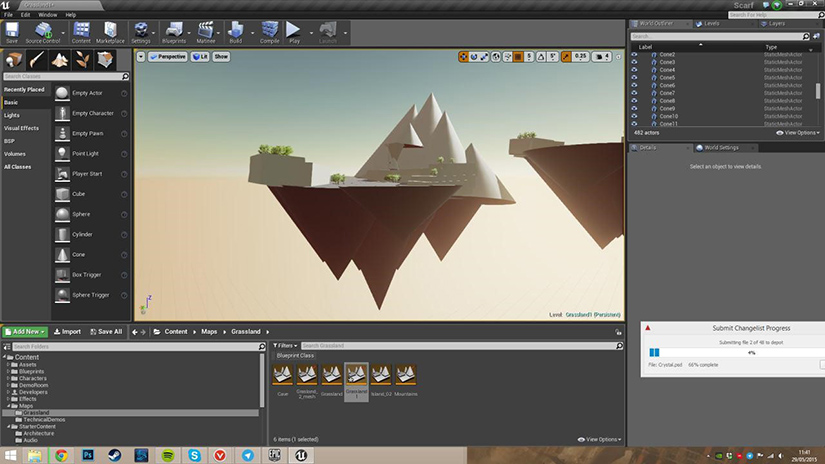 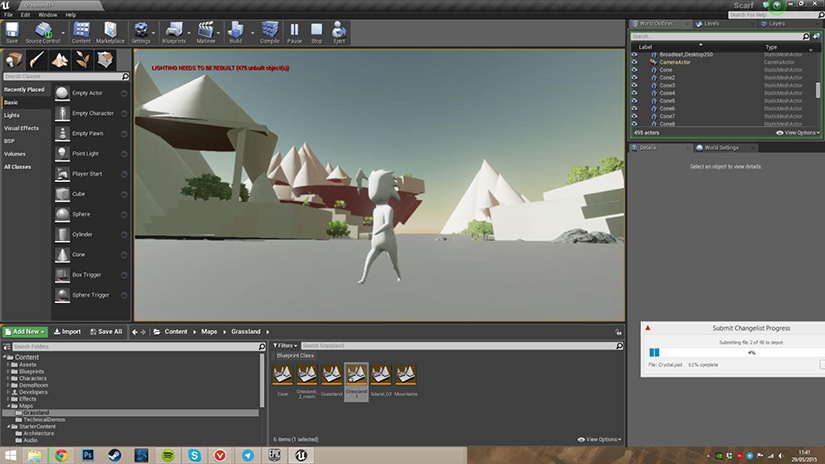 Once we had our skeleton done, we kept working improving this.
The next step was to build the island and define its final design, for which we worked with the 3D artists, testing different level constructions. 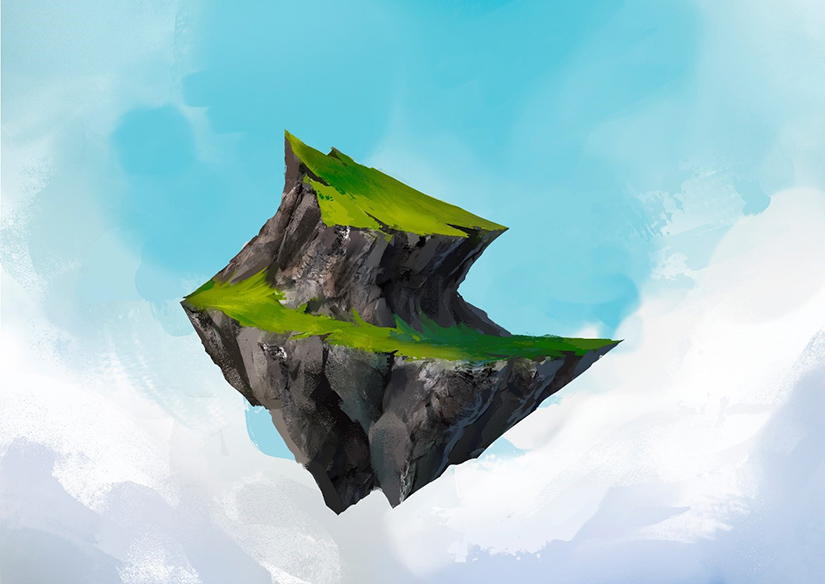 At this point, and with the terrain design completely stablished, blocking got started by placing each element from the modeling. As we were not only looking for an eye-catching design, but also to ease some aspects of the gameplay programming, many tests and level variations were done, changing some areas and substituting some elements. 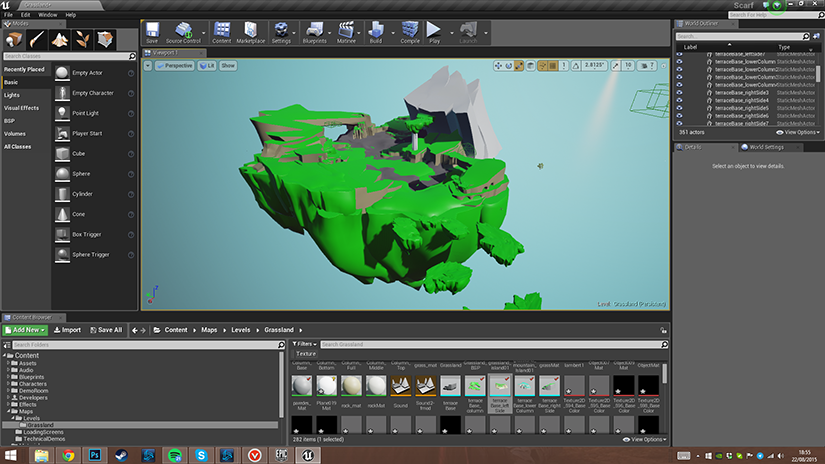 The placed items were not definitive but were very helpful for us to have a rough idea of how the meadow should look and how to obtain that feeling of overwhelming fantastical nature.
The 3D team started working on the details of the scene.
(We'll talk about the 3D modelling with more details about the creation of the walls, architecture, rocks and vegetation in other post!) 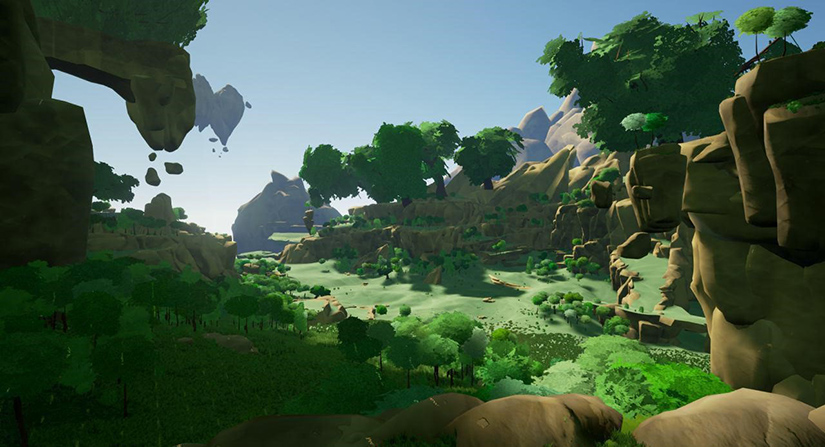 Finally, we could end up with an enhanced version of our assets (more define textures, more materials, a more polished nature) and with its execution we have moved very much closer to the final result we are seeking. 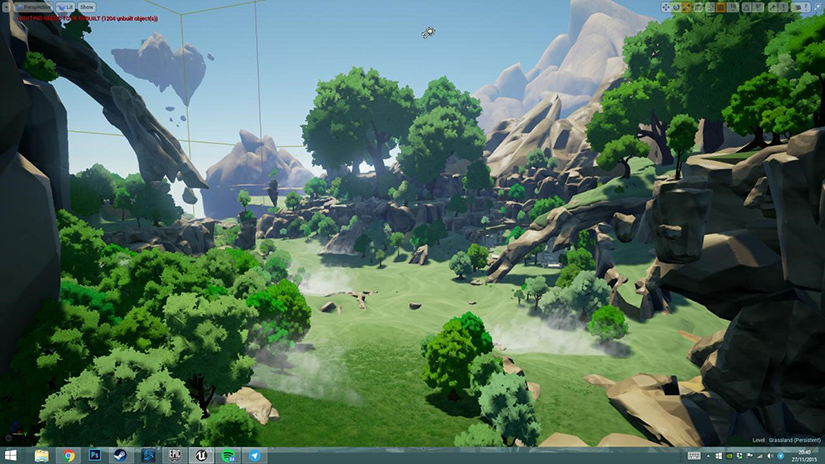 We have included many new elements, from new lush green vegetation and architectonical elements, to new floating island or giant roots, trying always to improve the looks. 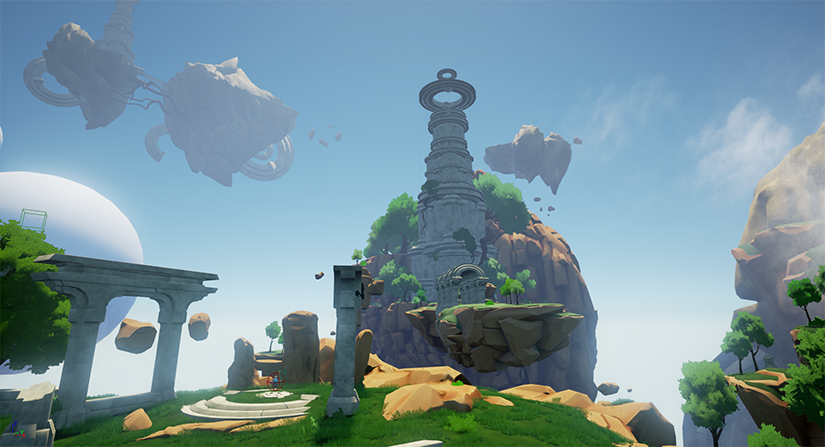 We are close to end our pre-alpha and, even though it is a small demo, we are working extremely hard for the artistic performance part to be something gorgeous and unique. We still need to add some things to assure that the trip through the meadow is going to be enjoyable, but also impressive, and breathtaking due to its dimensions and details.

This looks pretty neat (and pretty!). Got yourself a new watcher :)

This is a really interesting article and the final product looks amazing.

Nice screenshots in the end!