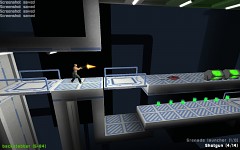 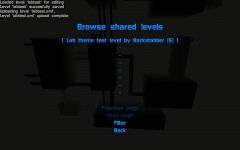 Here's a full list of changes since 0.8.0 alpha release:

In the next release I will be focusing on improving the level editor and making it more intuitive. One of the most important changes that I have planned is some sort of level element selector "widget". Current way of blindly scrolling through over 50 different level elements is really slow and awkward. I'm also hoping to remove separate edit and insert modes, but I don't know how I'm going to do that yet.

If you have ideas on how the level editor should be improved, now is a good time to let me know.