Public alpha version 0.8.0 has been released. It brings three new levels along with miscellaneous improvements and bug fixes.

I haven't been able to do much work on this project during past month, so progress on the user created level sharing functionality has been very slow. Fortunately I have created some new levels and completed some smaller tasks from my to do -list. Since it has already been quite a long time since the last release and the level sharing won't be ready anytime soon, I decided to release what I have done so far.

These are the changes since 0.7.0 alpha release:

And here are screen shots from the new single player levels: 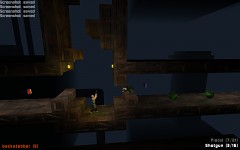 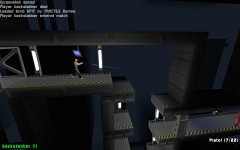