In the meantime, Patch 0.4.9 went live mid-December and all the goodies it brought can be checked out below or in-game, of course! I hope you enjoy the fixes and additional features, we'll be back soon with more.

Additional milestones delivered that will only appear in the main campaign

Here is a little quick guide to the Crew Combat: 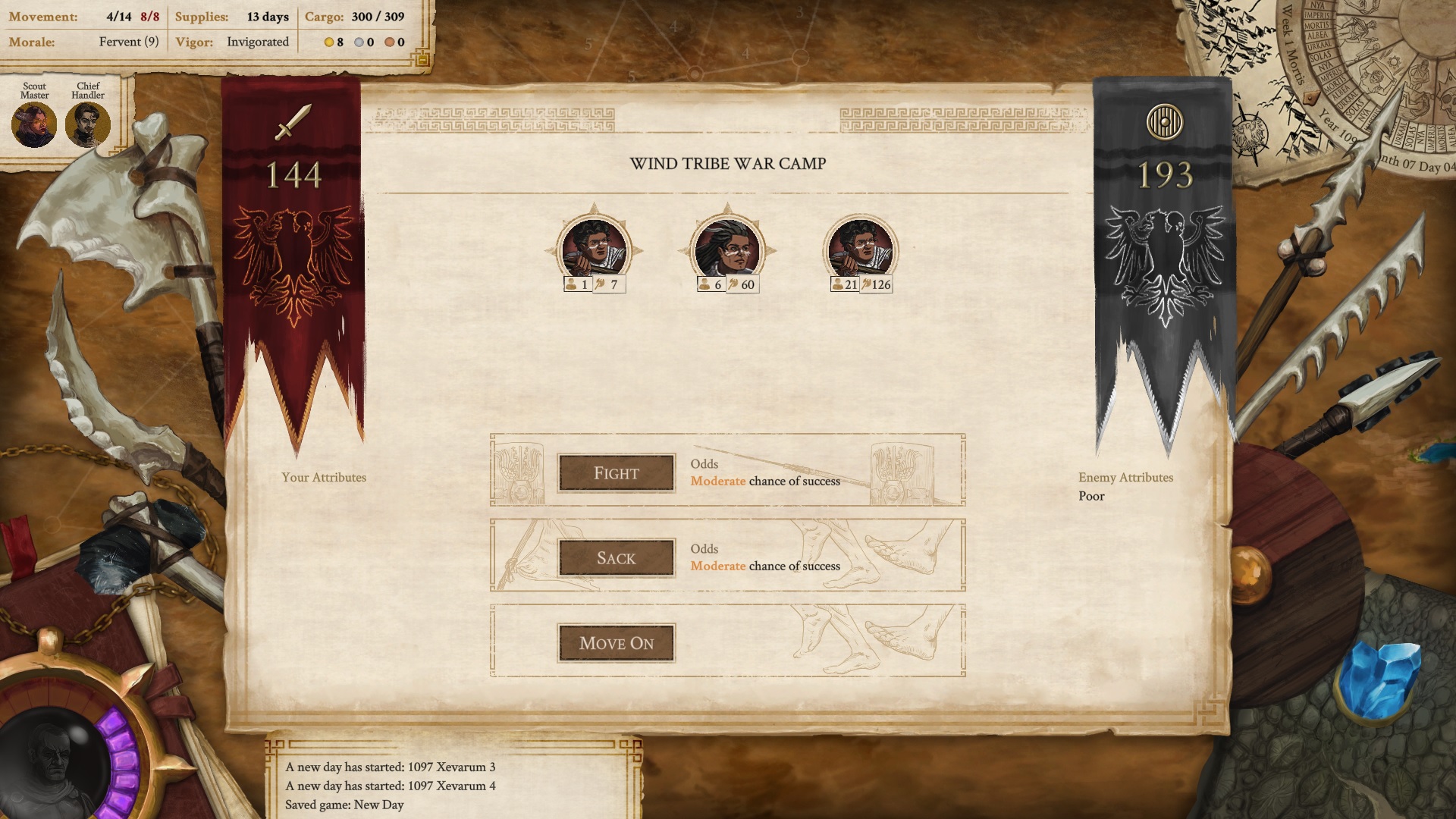 On the picture above you can see how the Crew Combat starts. Depending on the situation you may Fight, Sack or Move On. 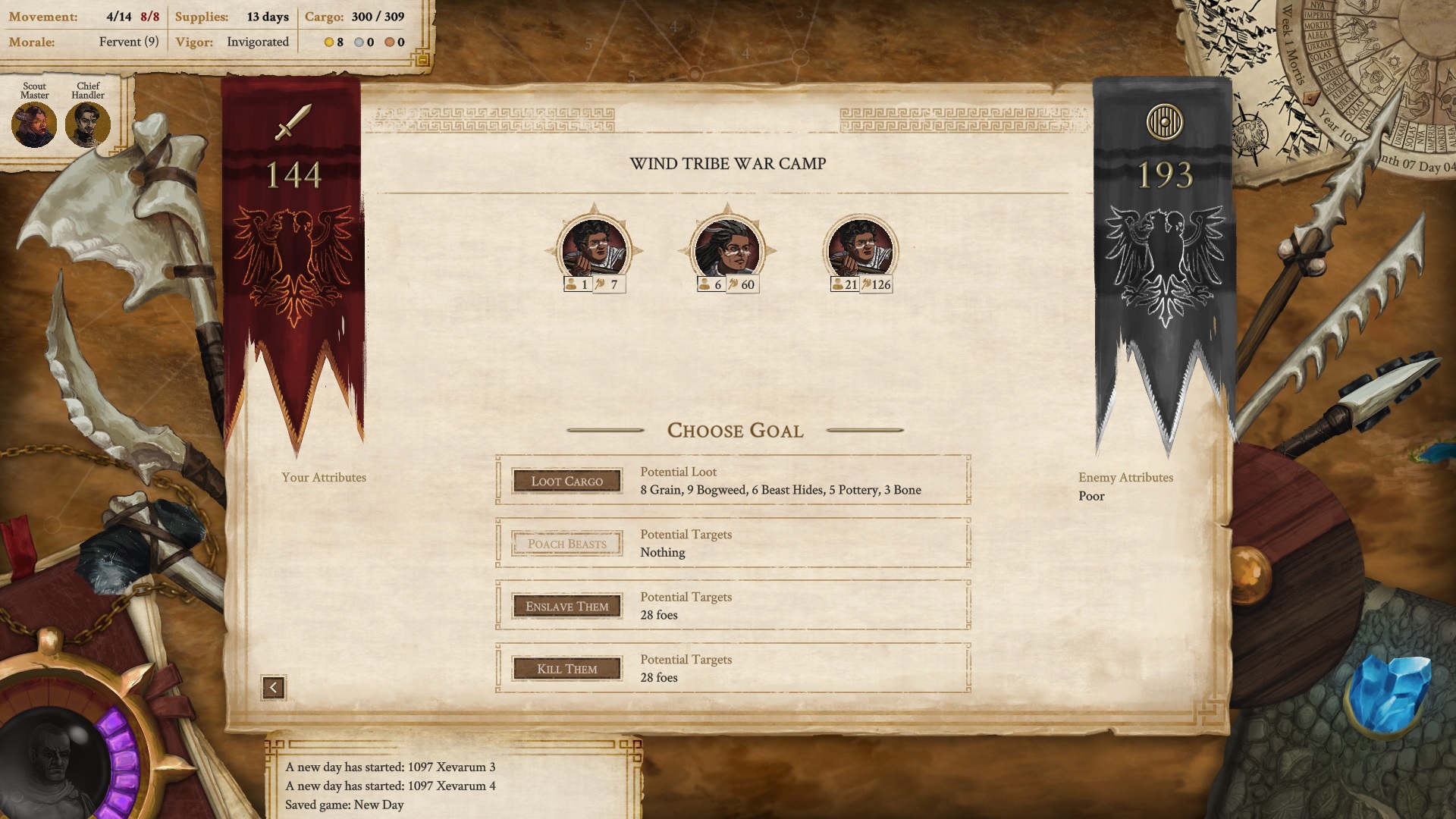 If you decide to fight you may choose a Goal to pursue. Again the available choices are situational. 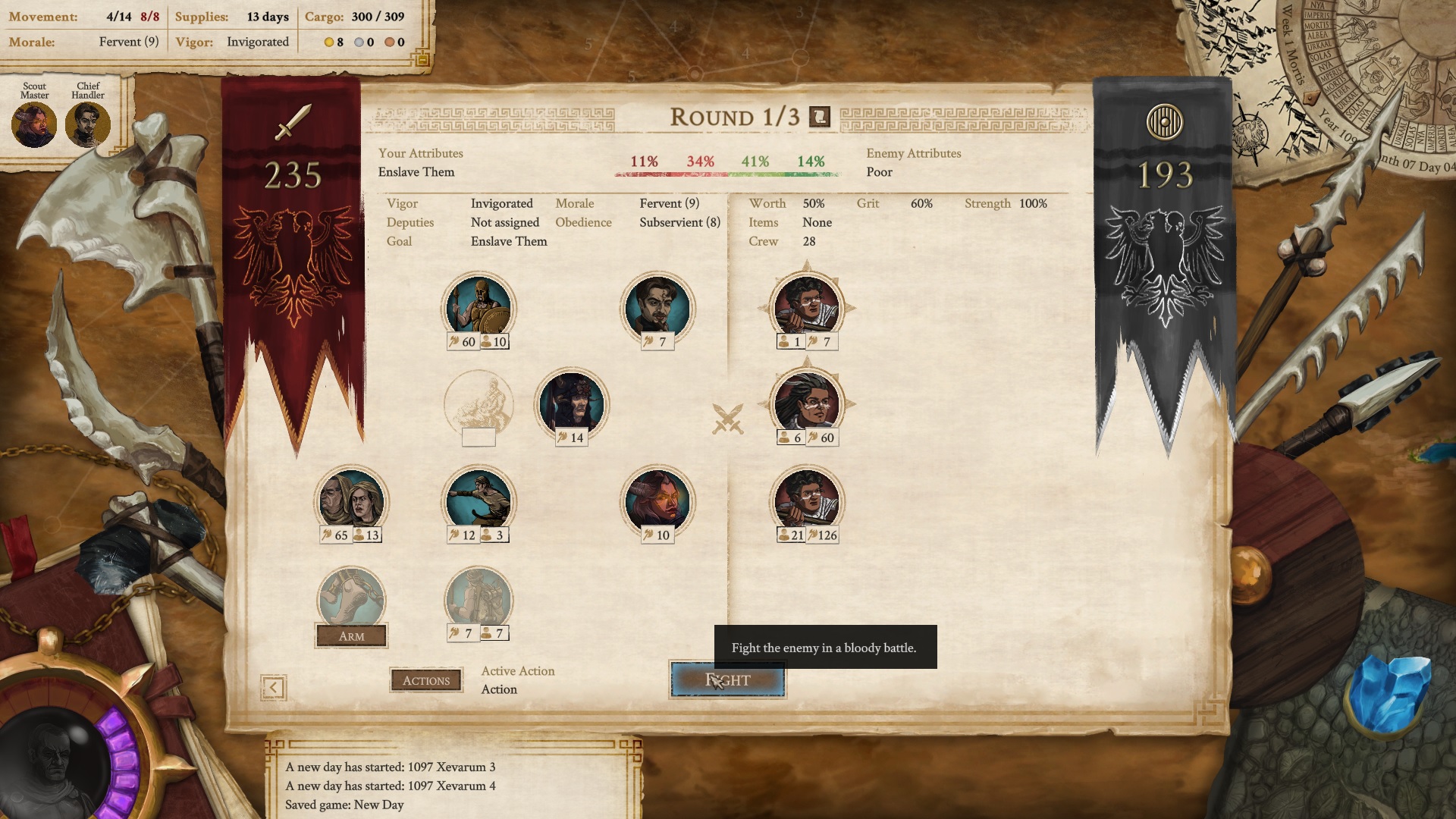 After we have chosen to fight the next step is the combat. The combat is maximum of three rounds and an aftermath. As to how long an actual fight will be depends on many factors, including your pursuit, the combat strength of both parties and the success or failure of an individual round. You may add extra combat strength to your side by adding your passengers, slaves and workers to the fight. You may select/deselect your attackers/defenders at the end of each round. Now we have selected our passengers to join the fray boosting our combat strength. 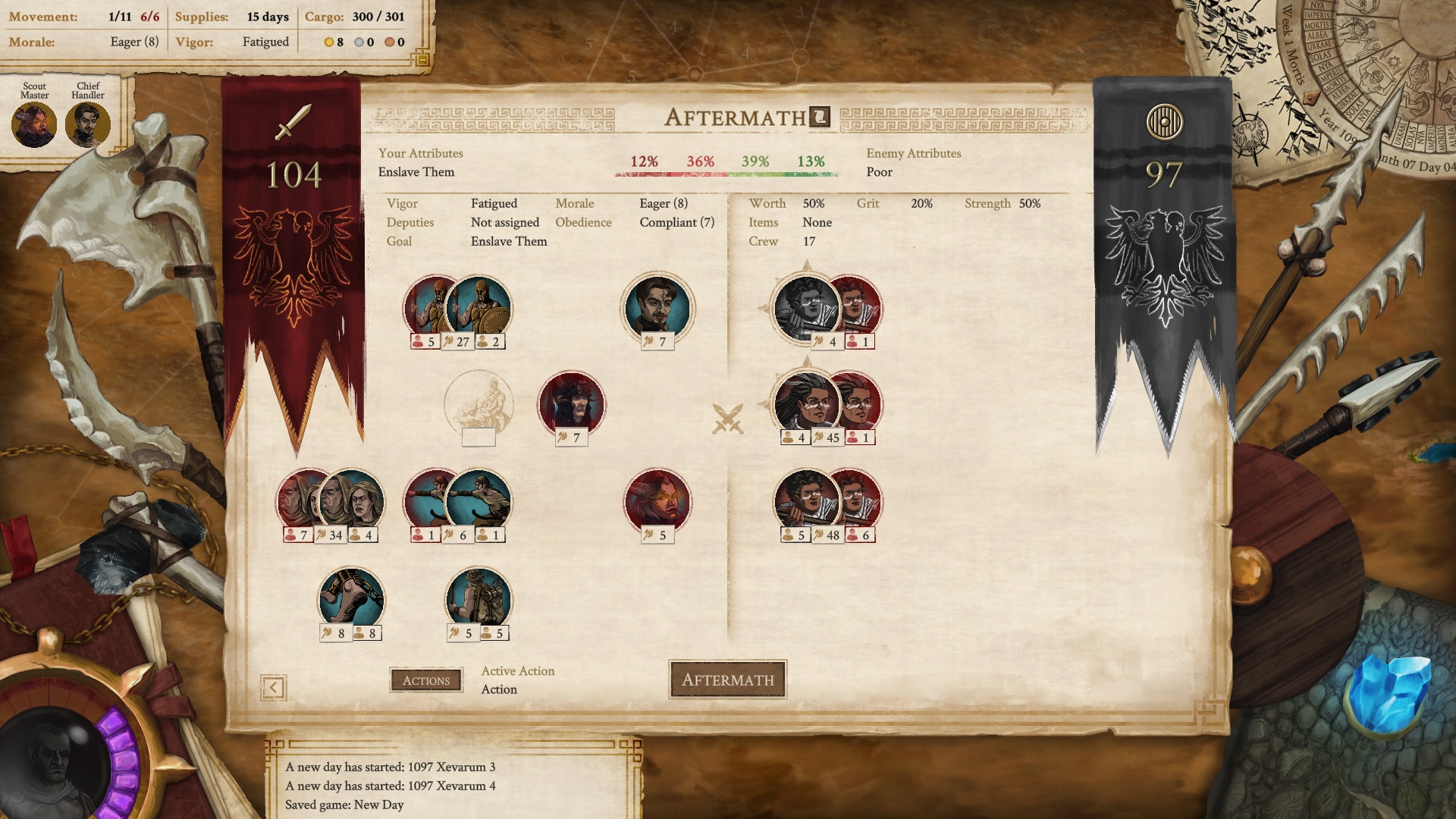 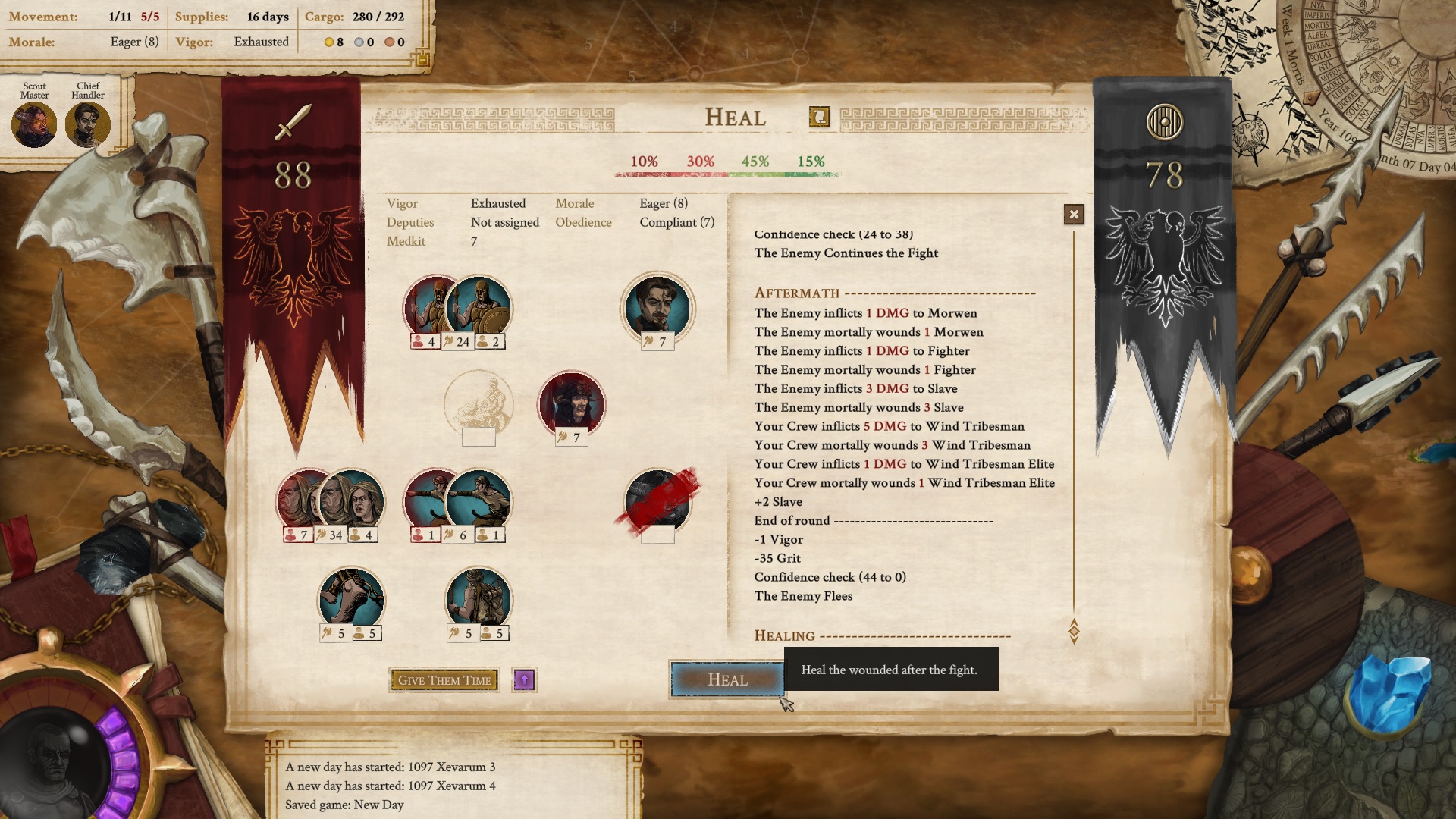 Then there is the Heal step where you may spend some time (Movement Points) and/or Resourcefulness to patch up the members of your comitatus. 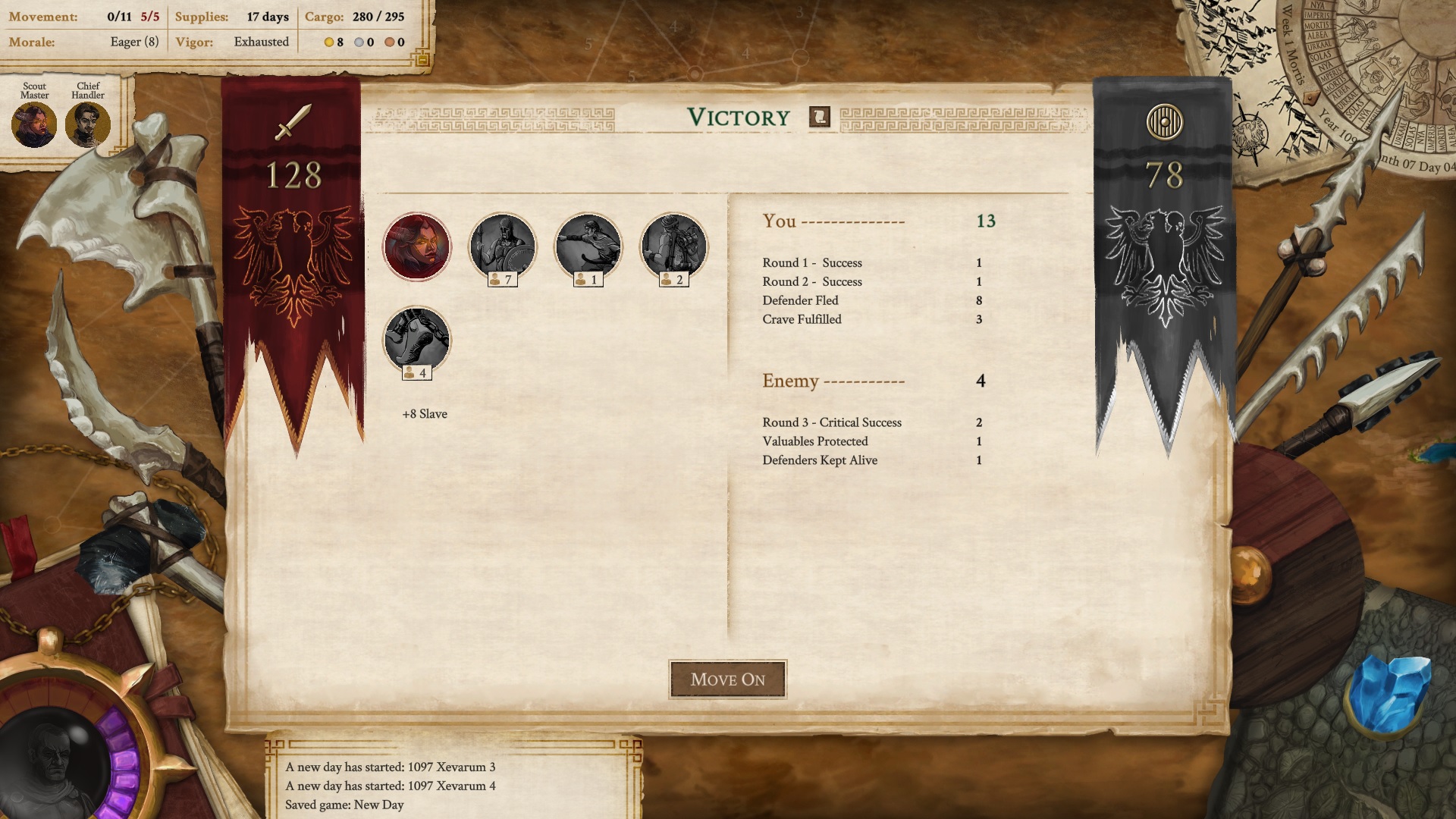 And the End Result screen. Was the fight worth it? You be the judge!