Richard Jackson has been doing some stellar work on the music and sound design for { adam }. We asked him to share some of the secrets behind his technique and what goes into his thought process . . . 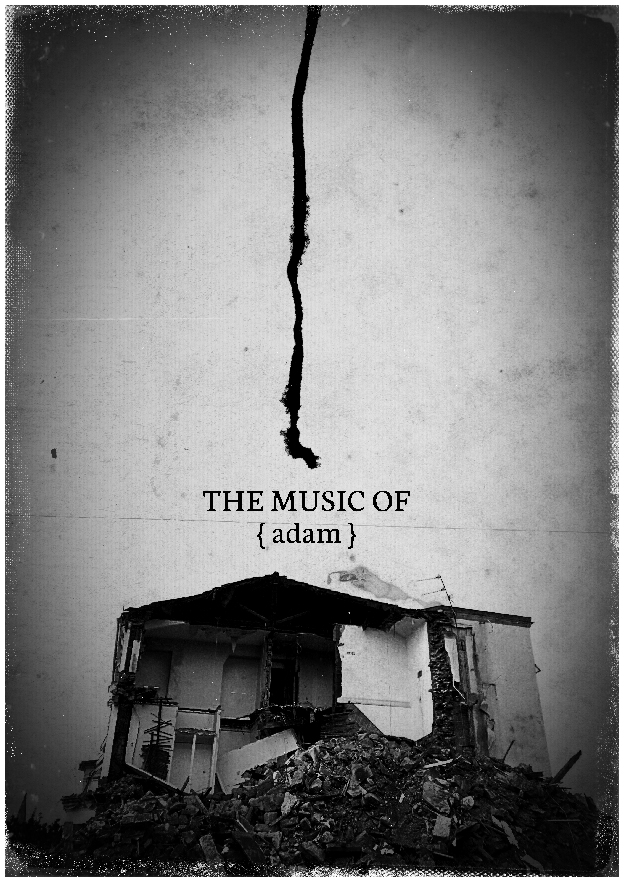 { adam } is my first venture into the video game music genre, and what a game to start with! With the initial spec of “minimal lonely haunting piano themes” to go off, it’s grown into a real study of false stability and repetition - plus the game’s black and white artwork implied a perfect opportunity to stick with the black and white keys of my weapon of choice!

One of the first things you realise when you start working with music for video games is the necessity for looped audio. While there are more elaborate, responsive systems that’ve been set-up (and we’ll be looking into that later in the development process), in general much of the foundation of the audio will be based on a fragment looping, potentially indefinitely. What I wanted to do was to make something that, regardless of how many times you heard it, it would only ever feel familiar and never quite settled.

To go about this, I made a musical scale that is ‘roughly’ major, but never quite fits perfectly - a knight’s move away from diatonic harmony. It’s built up of groupings of 5 notes of a whole-tone scale, then the next grouping starting a semitone up from the last (which strictly means that both transpositions of a whole tone scale are used within the same octave - more info). Since this is shifted on the way up compared to the way down, this means that, with one exception (‘A’), no note is played in both directions, giving an even more shadowy sense of ‘almost-but-not-quite’ tonality. To compliment the ‘complexity’ of this, the music then just floats up and down this scale, which gives an almost ‘nursery-rhyme-like’ feel to the idea:

To underpin this constant melody, it felt natural to have chords underneath, so I found some notes that maintained that same sense of pseudo-familiarity - typically, when there’s a ‘logical’ method to making one side of the music, I like to go with an ‘intuitive’ side to fill in the other, so that both the logic and the instinct work hand-in-hand. Here’s the first section of the menu music:

As can be heard in the gameplay video, the music is still focused around solo piano, now with some more sfx coming into play. While there are some organic ‘house’ sounds (creaking floorboards, the hum of lights…) a few of the sounds are also built from the ‘inside’ of a piano, which is definitely going to start taking more prominence as the game continues. Again, as a first experience into game audio (and ‘accurate’ sound design in general) it’s been fascinating learning about how the real sound of something (say, a punch) doesn’t sound real enough (which I guess goes into ideas such as hyperreality) but you can warp a piano to sound like a door closing - of course, which ones are and aren’t made from a piano you’ll just have to work out!

As this was the first piece of music after the menu loop, with it’s rigid melodic structure, I wanted the very first note to be one that wouldn’t fit into that world - so, as the top note of the menu was an F#, it felt only right to start this on a G, which feels like a subtle end to the cycle. It’s little things that might not be noticed by anyone else but they keep me happy!

In general the main melodic material is loosely based around the two inversions of a whole tone scales being separated by an octave, and jumping around the available notes, almost like a tonal game of hopscotch. The overall structure is much more relaxed, much more improvised, just with a few key signposts in mind. Another element that I wanted to play around with is the idea that as you’re in a game, you’re expecting the audio to loop, so by repeating sections and then moving off into different directions (like a warped rondo) to again lend to the sense of distorted stability that’s being created by the game right from the get go. 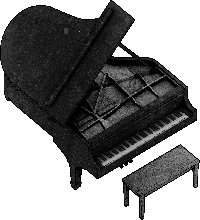