Full draft of the game finished: moving on to replacing placeholder art and animation with final content.

Since the The Last Time was successfully funded on Kickstarter three months ago, I've been working hard as a solo indie dev on writing and coding a rough draft of the full game. Now that that's been finished, I've finally moved on to replacing all the placeholder art and animations with final content. I've learned more about pixel art along the way - adding texturing and small details has definitely made a big difference. Below is a gameplay screenshot, chosen to give a taste for what the game will look like without giving away too much of the story: 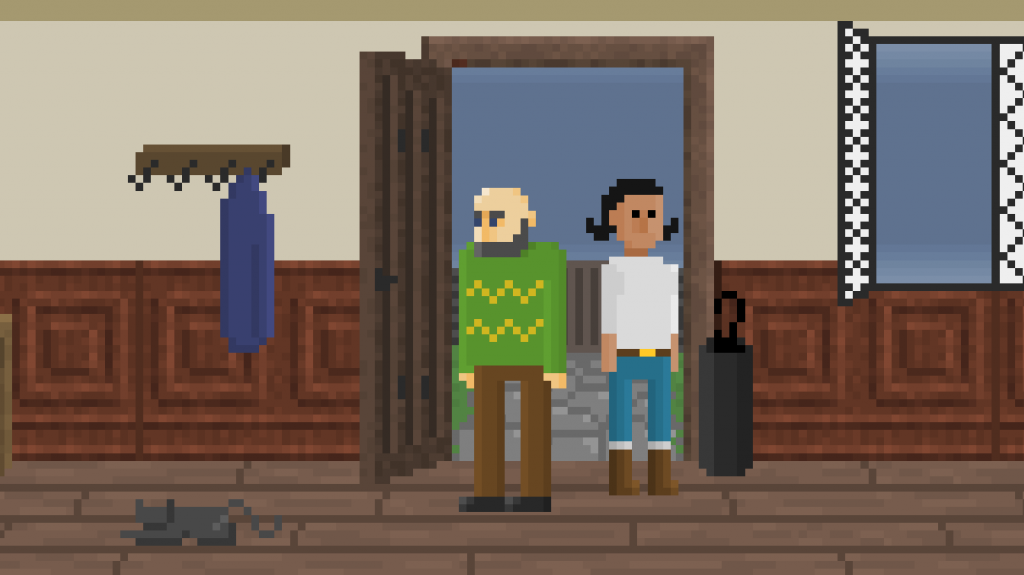 The Last Time is all the narrative; tough moral choices, tense action sequences, and deep characters and relationships. The plot is nonlinear; decisions that you make, will influence how the narrative plays out. You can keep up to date by following the game's progress on Facebook, Twitter and via my devblog.