We're happy to present our new game, a tactical RPG with rogue like elements called "The Last Spell"!

It’s been a while now since the last time we wrote something about our games! I missed you, my beloved web-based text-editor <3

So what have we been up to?

At last, we stopped working on Dead In Vinland, almost exactly one year after its initial release! We didn’t think it would take us so much time, but well, we wanted to leave the game in the best shape we could. We’ve released 3 DLCs, made a lot of free patches too which enhanced quite a lot the overall experience (ie. ultra detailed difficulty starting options for the game, a cool hotbar for tracking important items, sorting options in the character bar, fast-forward options and rapid share the food/water interactions). We also released the game on Nintendo Switch a few weeks ago, it’s an accomplishment for the studio because it’s our first game showing on console!

For that last year, part of the team has been working on our new game, and we’re now sufficiently advanced in the development to officially announce it. So I’m glad to present to you our lastest baby’s name: 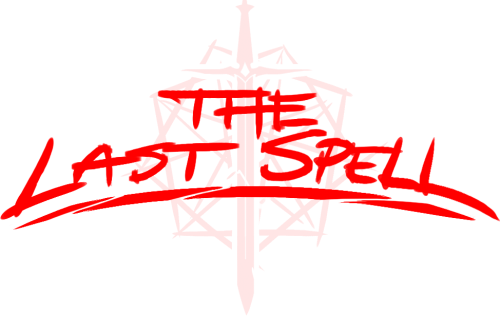 The Last Spell is a tactical RPG game at its core. But of course, we can’t possibly make a game which would fit in only ONE genre… It would be too simple… So the little twist here is that we built up the game around a rogue-lite gameplay loop. 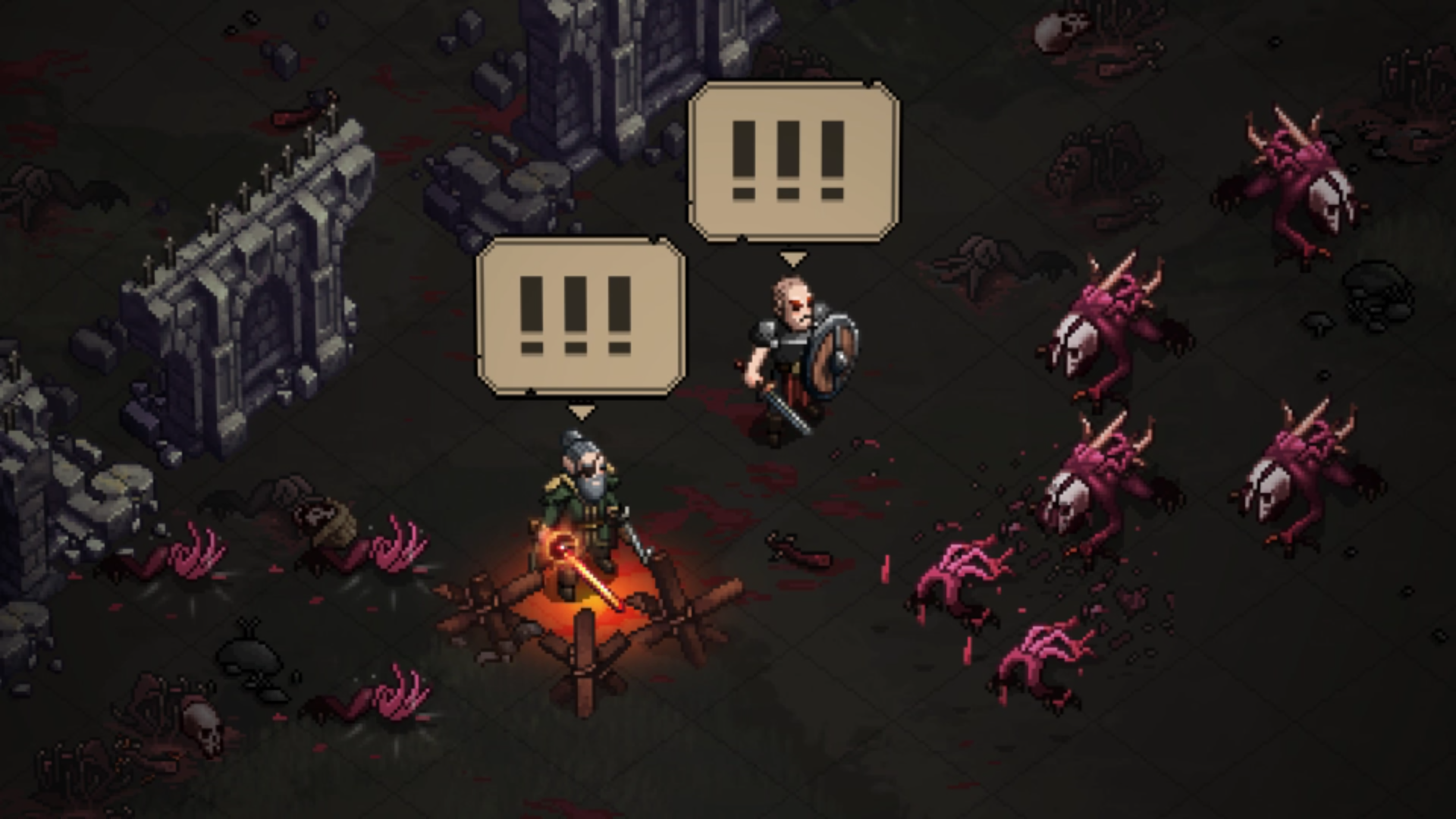 You lead the few remaining heroes of earth and try to protect the last bastion of humanity with everything you have against hordes of mutated monsters who come out at night from a strange purple mist.

You are strong. But also tired and under-equipped. Mana doesn’t come cheap and munitions are scarce. 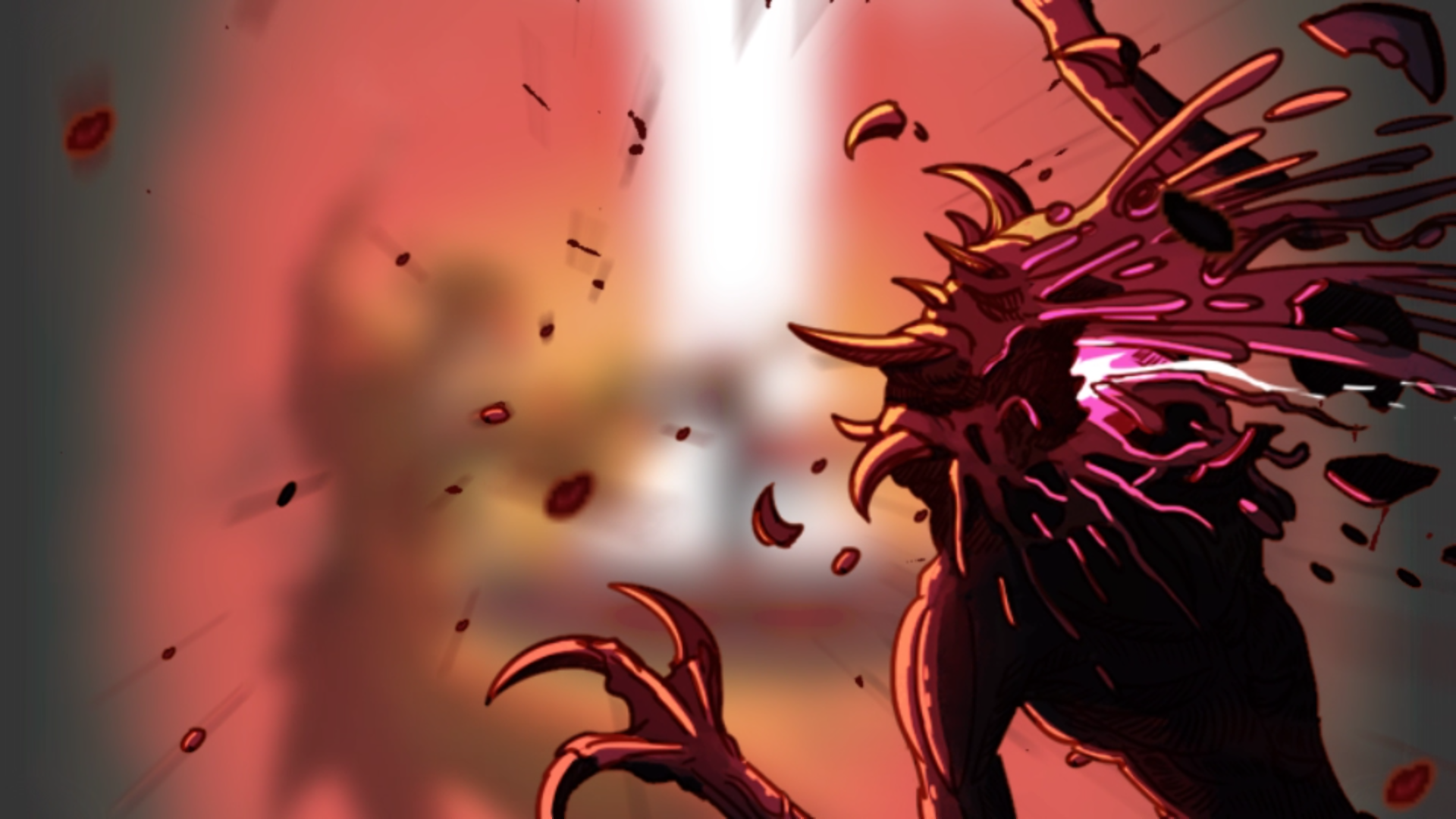 Will you use those precious resources you scavenged from the ruined city you defend to make arrows… or to build makeshift walls? 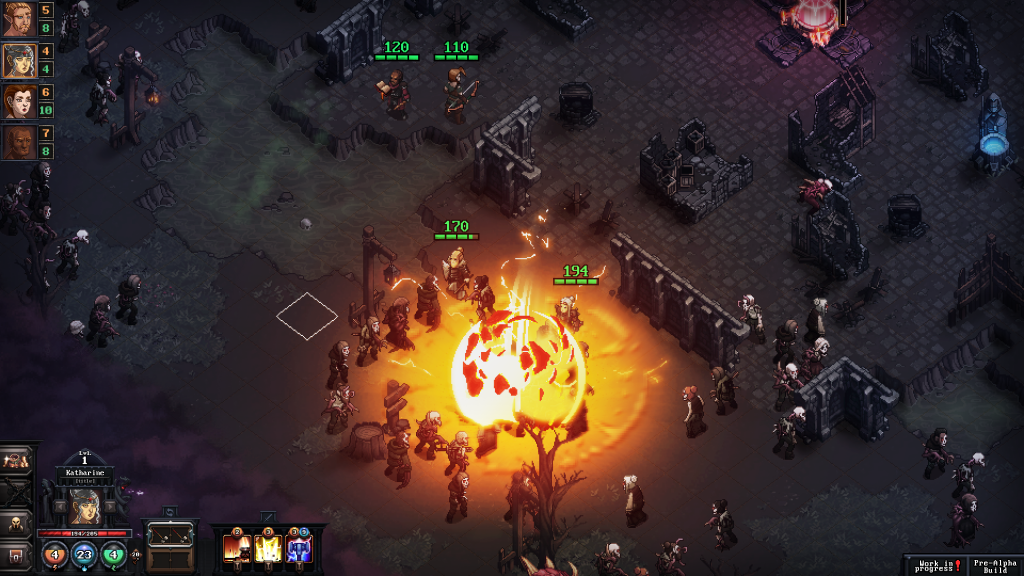 For those who missed it, we have a cool video that you can check here:

Important: this is NOT actual gameplay footage. It’s rather what we call a “mood video”, to show the atmosphere of the game and pitch a bit setting.

I’ll talk a bit more about the lore of the game in another blog post, but as you can see we are dealing with a medieval post-apocalyptic world, with glorious pixel art graphics and an isometric view. We also want to spice a little bit everything with some “arcade feels”, both in terms of gameplay and visuals. 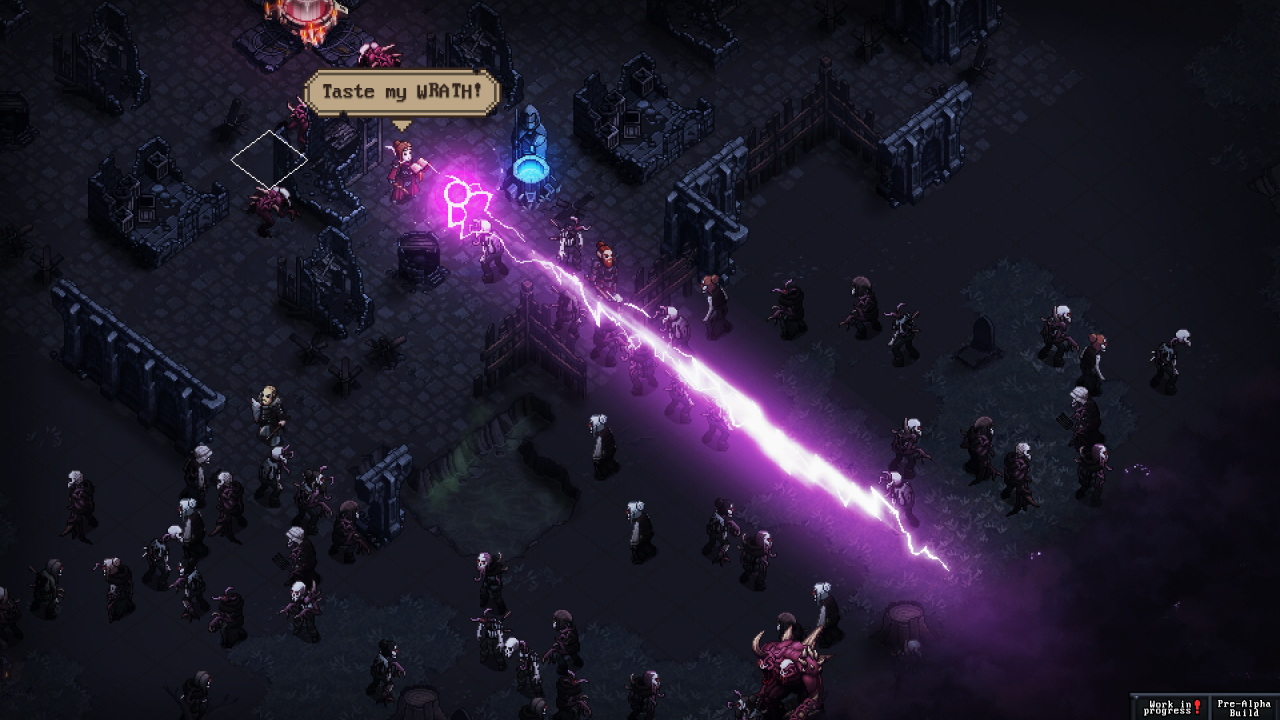 BLOG OF THE DEAD

Let’s keep it short for now, but don’t worry we will have a ton of features to explore with you in subsequent blog posts! As we did for Dead In Vinland, we want to show our progress here and discuss the gameplay mechanics behind the game.

We have some fun things in store too to keep you waiting until the release of the game, and we will definitively try to some more live videos to show you our work.

You can follow us on Twitter or you can come to our nice little Discord Server if you want to chat with us, so that you’ll be informed in time about new blog entries and important news.

One thing’s for sure, we’re super excited by this new project and we hope that you’ll be too! Can’t wait to show you more of it.

It looks great! Big fan of their work and cool to see them trying something different :D