Ahoy Buccaneers and welcome to our first build update and bug fixing report. We want say thanks for all your awesome feedback. If you find any issue with the game or just what to make a suggestion, don't hesitate do contact us. 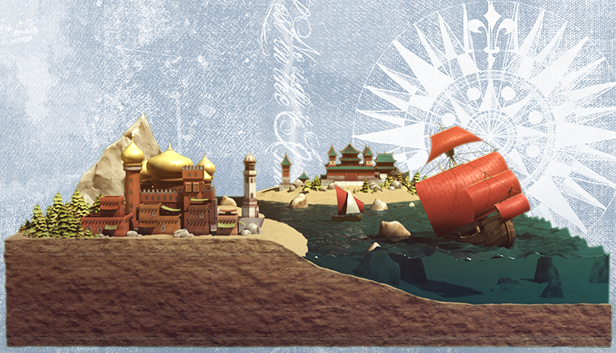 Here it is the first list of builds released, since the release of the at 30th March.

If you have a suggestion or bug to report, don't hesitate to contact us :)

We released another build today with more fixes and a few requested features!

We've gotta say your feedback has been awesome, thanks for taking the time to report the issues that come up. As the game gets more stable we'll have additional time for features!

- pressing 'C' will now center the camera on the player's flagship
- added camera panning with the mouse (press & hold middle mouse button and drag the mouse around)
- available crew to hire at cities now replenishes slowly (no longer possible to spam the hire crew option at the tavern)
- can no longer harvest resources while paused
- can no longer harvest resources repeatedly (both fish & walrus have cooldown timers to replenish)
- forts & sea monster skeletons now provide treasure / blueprint
- if the game fails to create a rendering context (due to lack of support of opengl 3.3 for example) it should now show a message
- possible fix for missing text

Here's another update, this time apart from crashes and bugs, we've tried to address a few issues related to the gameplay balance.

Here's another quick update, fixing a bunch of issues people have reported!

Issues addressed:
- fixed issue where the crew would be completely healed after loading a game
- when on a lifeboat player can't attack anymore
- blueprints are now correctly unlocked on the shipwright menu when loading a game
- added save option to the in game menu
- fixed crash related to user having save paths with non ascii characters (windows)
- fixed issue where it was possible to spawn in a lifeboat with 0 crew members

We've just uploaded a first update fixing a few of the crashes reported by the users so far. The complete list of changes is:

Thanks to all the Captains for the feedback, wishes of a smooth sail to everyone.