Post news RSS The importance of visual direction, and why Rogue Dungeon wont have any.

"First, what is “visual direction?” I would define it as using visual elements on screen to give the player a specific direction to reinforce her gameplay goals. For example, a giant arrow pointing down a hallway telling the player to go this way, not that way." - Joshua Nuernberger

"First, what is “visual direction?” I would define it as using visual elements on screen to give the player a specific direction to reinforce her gameplay goals. For example, a giant arrow pointing down a hallway telling the player to go this way, not that way." - Joshua Nuernberger

This blog post will briefly go over what visual direction is and why I wont be using it in rogue dungeon.

Assuming you read all this you be asking yourself "Visual direction is great, so why are you not using it?" and honestly its because...I want to force* the player to CAREFULLY explore.

Games like the elder scrolls series use excellent visual direction to guide you through dungeons but also give you the opportunity to go down side caves in search of treasure. The problem I always had with this is that no one ever does this exploration carefully. To many times have I seen my brother run through 2-3 traps, be bashed open by orcs and charge head first into a pit of spikes only to respawn 10 feet away and do it all again.

Rogue Dungeon is an attempt for me to try some different level designs in an attempt to see what is fun and what is not. I want the player to carefully explore the world not only for loot but also the way through the level.

I am hoping the lack of direction as well as the inclusion of perma-death will make the player really worry about what is coming next. I want to force the player to think through every decision. Risk opening the chest for a chance of awesome loot or ignore it as not to wake any sleeping monsters and lose your hero?

*That's not to say that the game is completely void of visual direction. Door triggers still glow and have a standard particle effect to signify they "do" something. Actually there is still a fair bit of visual direction, but that is almost exclusively for mission objectives (IE things that should be destroyed glow red). 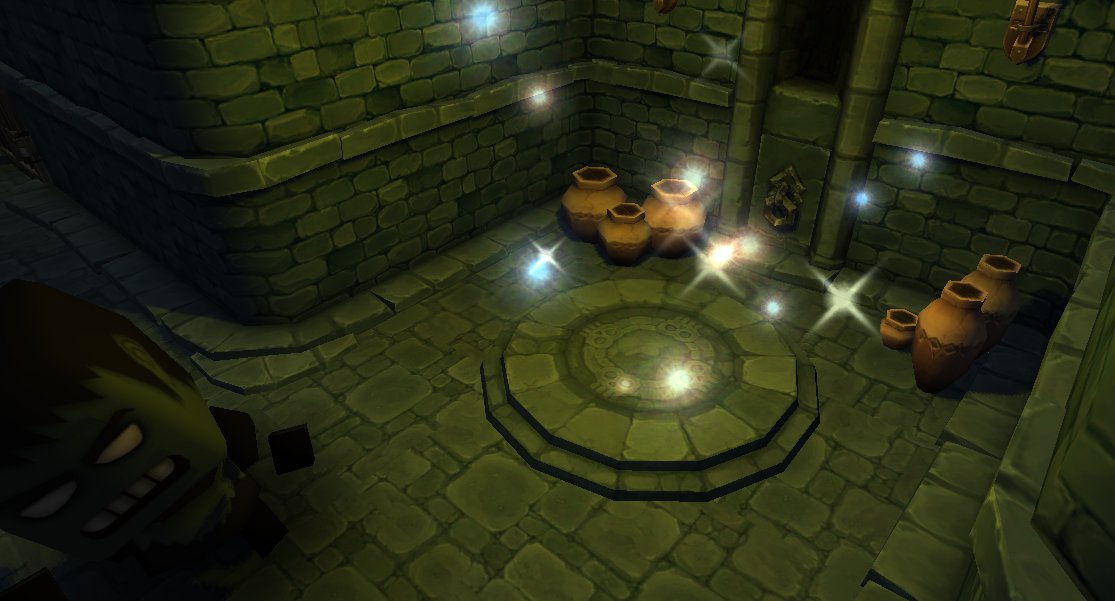 So do I think this will be successful? Honestly..yes and no, at least in Rogue Dungeon's case. I think I have a special case being indie.

I honestly think that having minimal visual direction in and elder scrolls game could do wonders for it , removing the compass for 1 thing would significantly improve the game. Another example is far cry 3, its kinda ridiculous that every enemy wears bright red uniforms..and it adds very little.

I will just have to wait and see what kind of feedback I get from people. I am hoping for "It was tough and I think I deserved to die there" and not "WHAT THE FUCK WAS THAT??? HOW THE FUCK DID I DIE!".

Be a braj and follow Rogue Dungeon to keep up with the latest news!