Glare started out as a project over 2 years ago. I chronicle the design changes made throughout it's production as it went from idea to fully finished game.

Glare started out as a project over 2 years ago. I was going to do all of the game myself so when it came to art I was basically screwed because I have no ability whatsoever to draw. I then looked at simplistic art styles because of this. Geometry Wars then became a big influence along with Pac Man Championship Edition. These simple vector based graphics could be easily replicated and end up looking good.

The main idea of Glare was to be a side scrolling shooter as that was in line with my ability at the time: 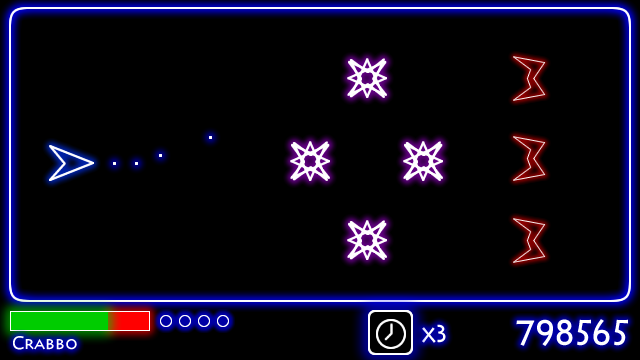 That was a mock up made in fireworks of how the game was going to look. You can note the horrible free XNA fonts used for all the text here. Further revisions to the design were then made including the idea of co-op in the game: 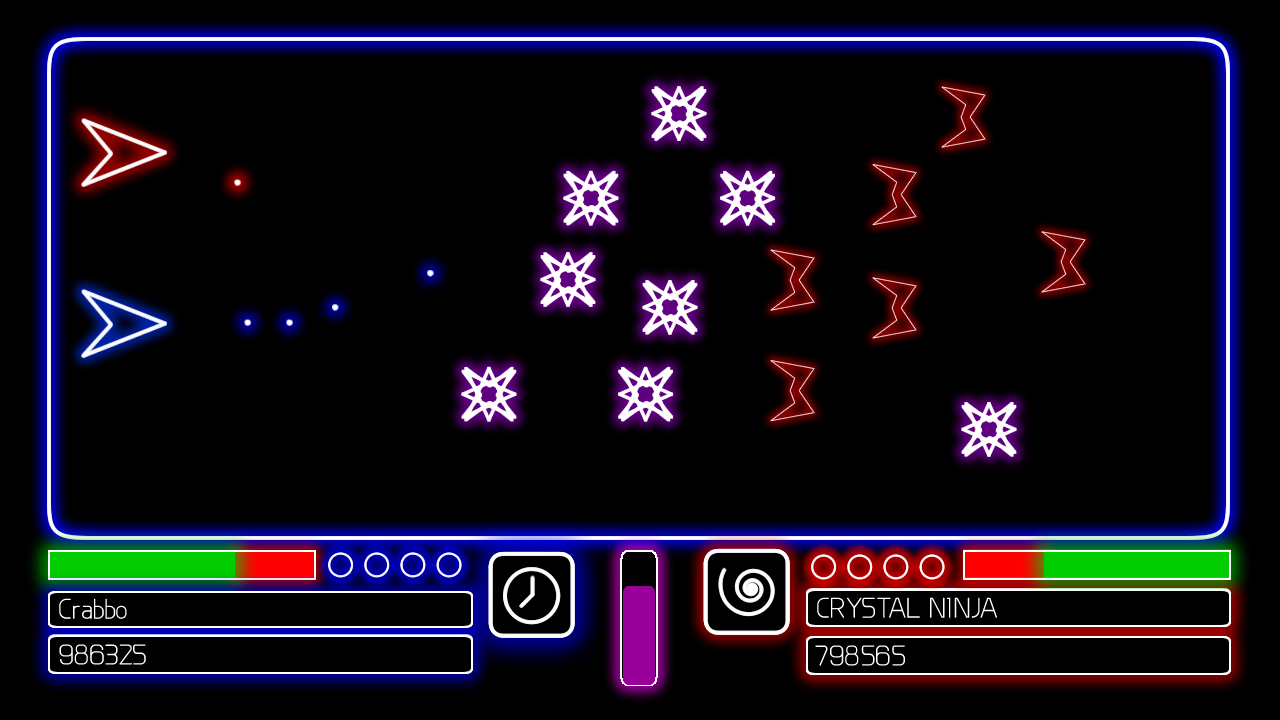 The inclusion of special weapons was thought about here. One idea was time dilation where the enemies would move slower than you and another was a wormhole/black hole thing that would suck the enemies in. After all this designing, university got back in the way so time was better spent on my assignments.

Then just over a year ago after I was finished with university I picked up Glare again as a project. Thing was I still wasn't sure what I wanted to do. I had just finished a game in XNA which was a top down shooter that based it's difficulty on how well you were playing. Because of this I looked at making Glare top down instead of side on: 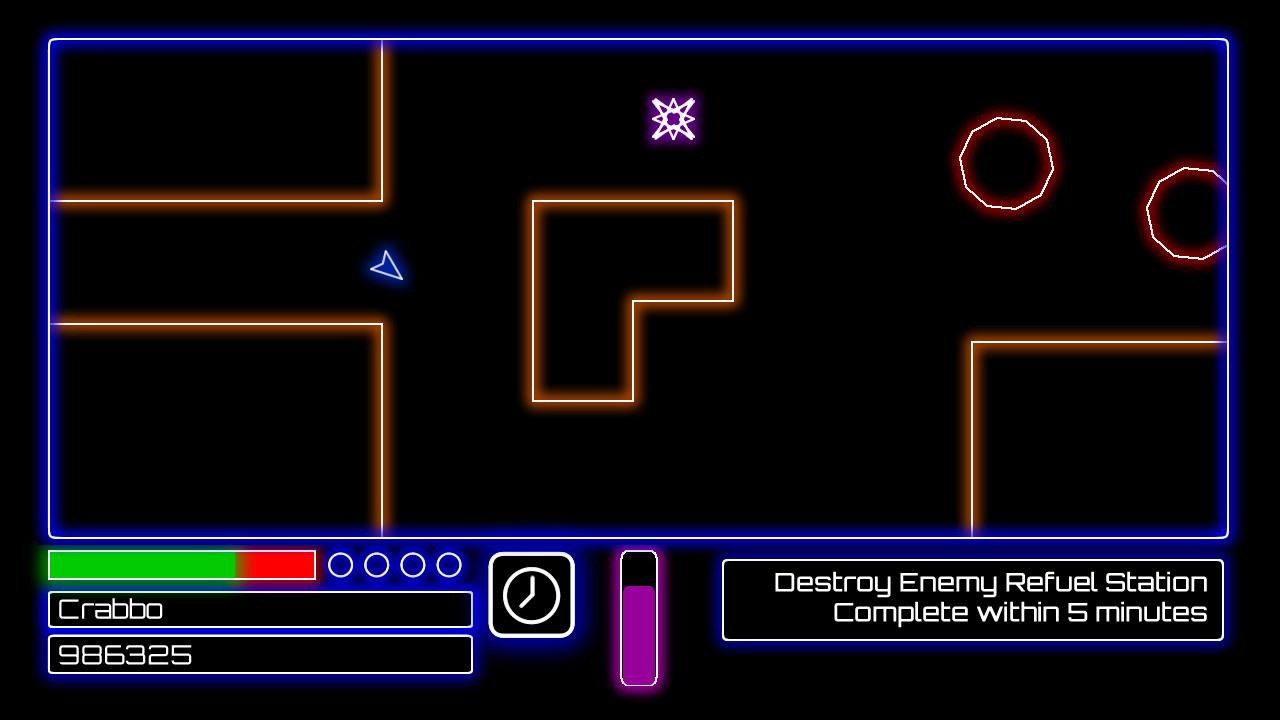 This would also mark the first use of the font: Orbitron. A lovely looking free to use font. A story was to be included in Glare with mission objectives as you can see.

So coding properly began and I started making the game engine using Farseer Physics and a level editor so I could easily make up some levels: 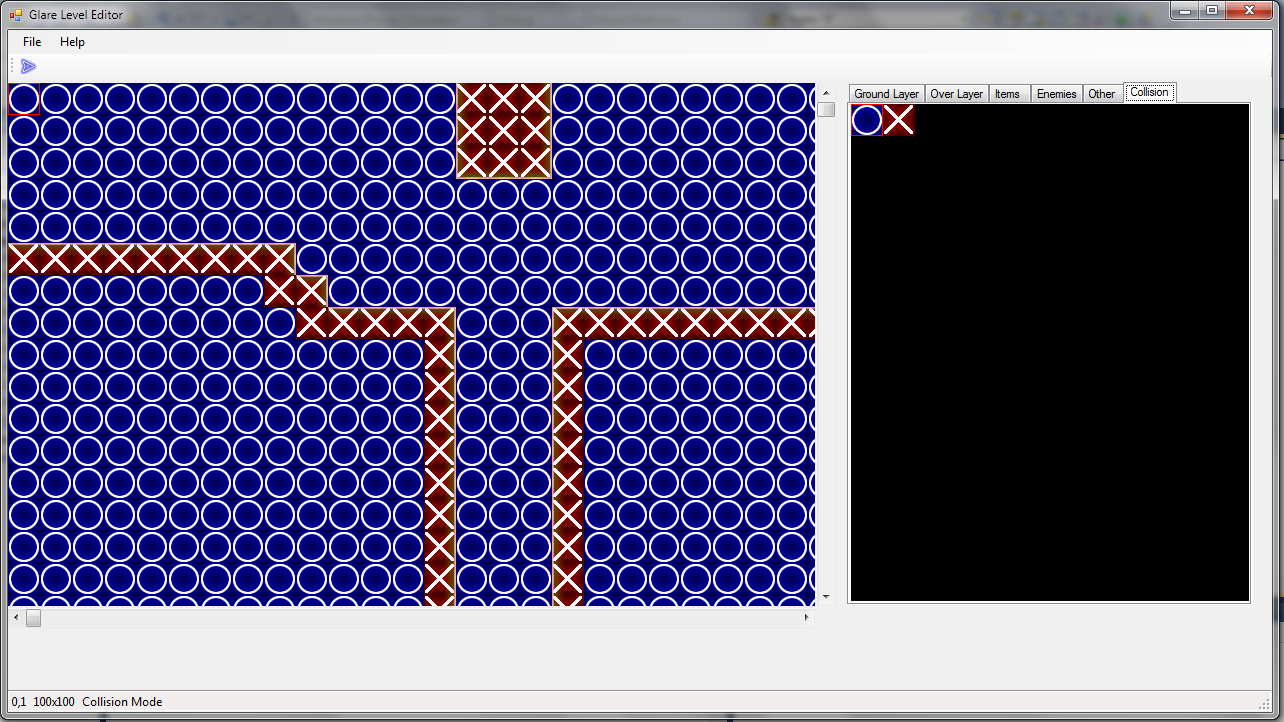 A lovely set of collision markers there. 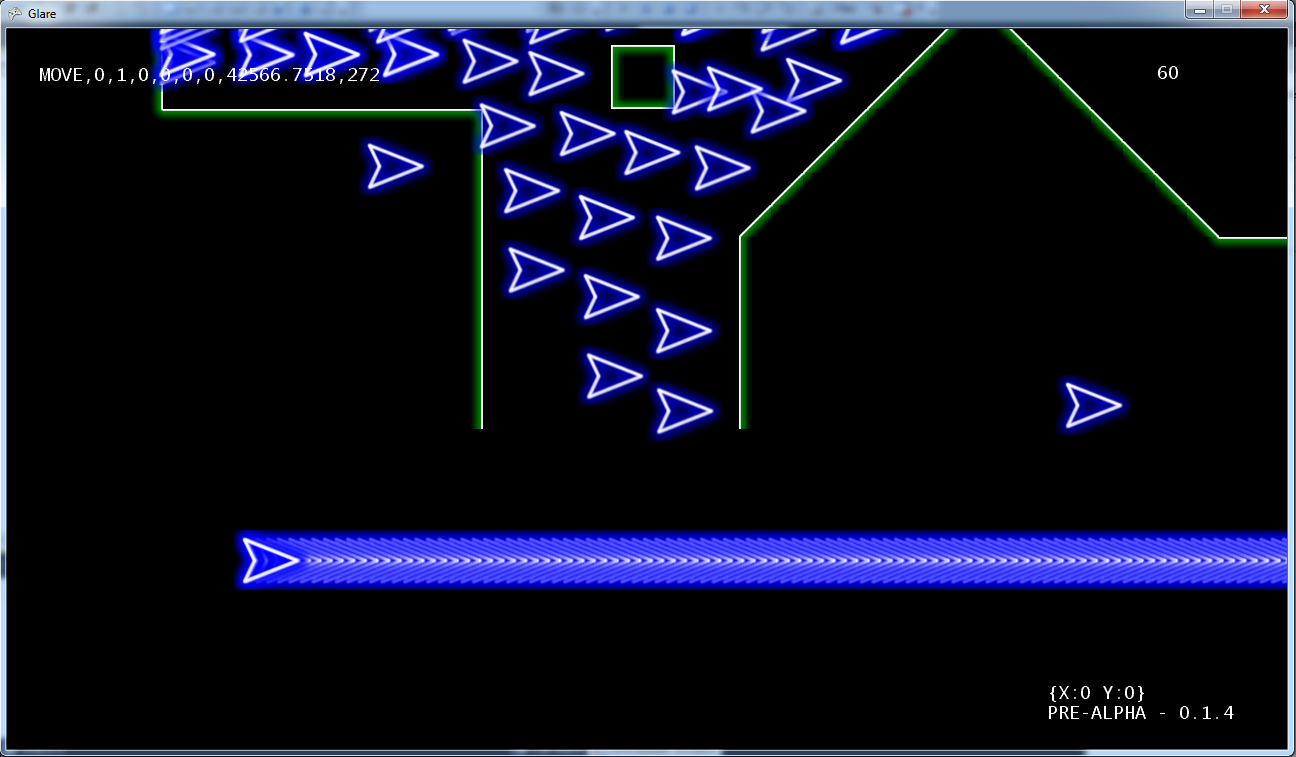 The first build of the game was interesting to say the least... If you are wondering I had only one sprite so the bullets shared the same sprite as the player. Also the bullets didn't die when they hit anything so they stacked up. Couple this with being able to fire as fast as the code can run, you end up with something looking like that. 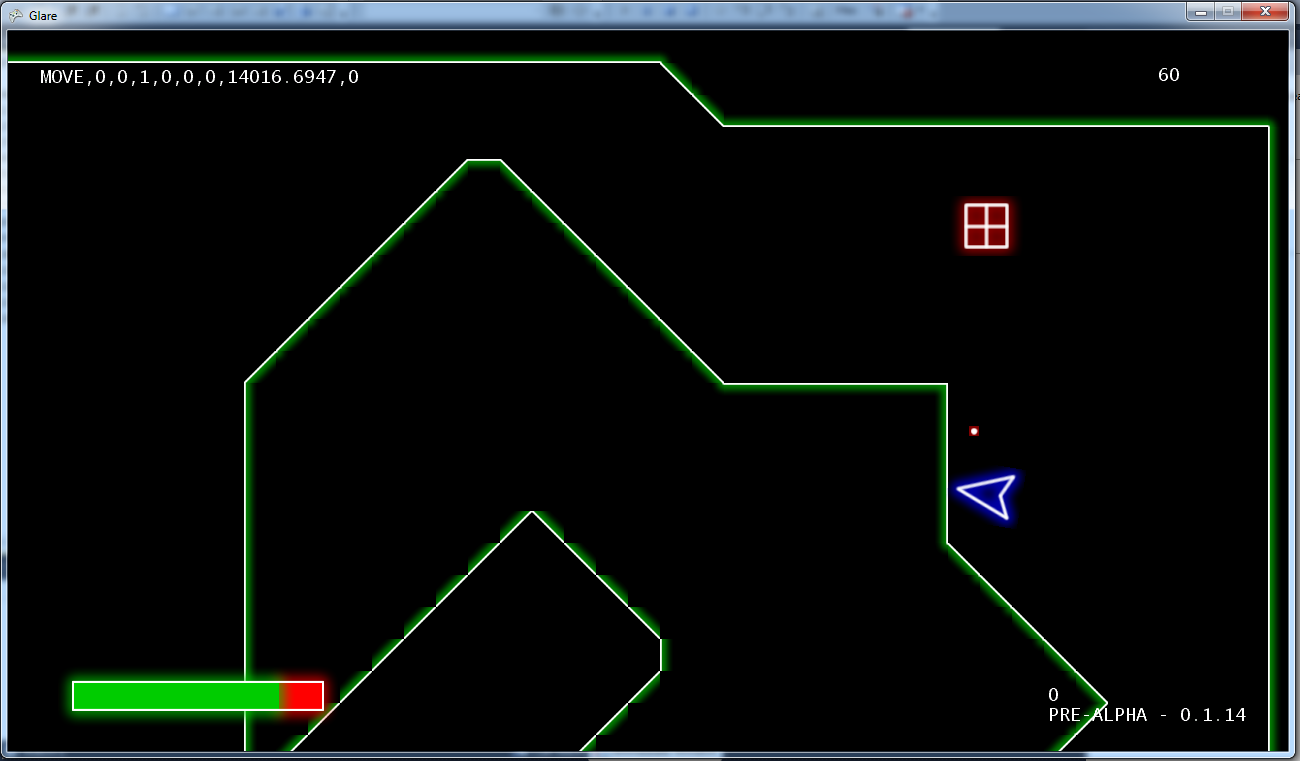 Small improvements were then made including adding enemies.

It was then becoming apparent that to create a story that people would actually want to play coupled with my programming experience would mean the game wouldn't be all that fun to play. It was decided that I would concentrate on making an arcade mode instead which would feature lots of enemies and score hunting. 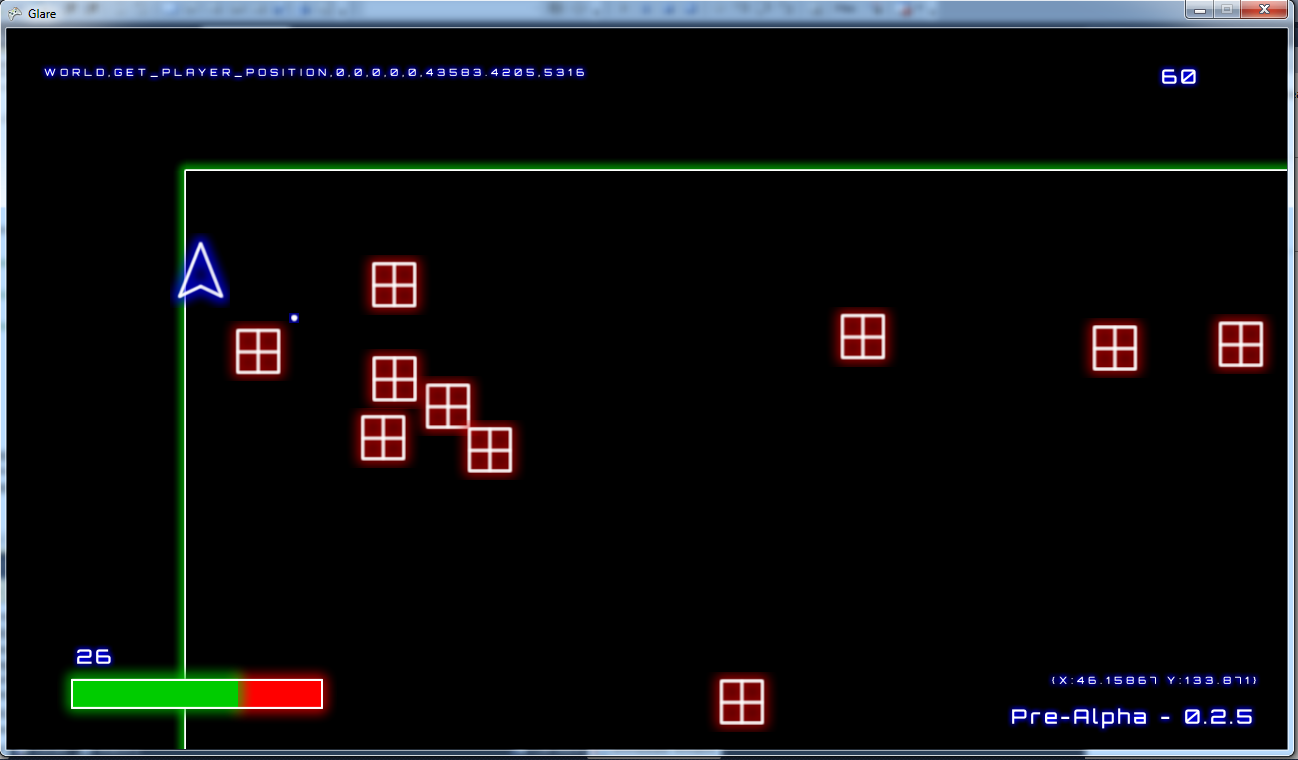 The first iteration of the arcade mode the Glare would grow up into. 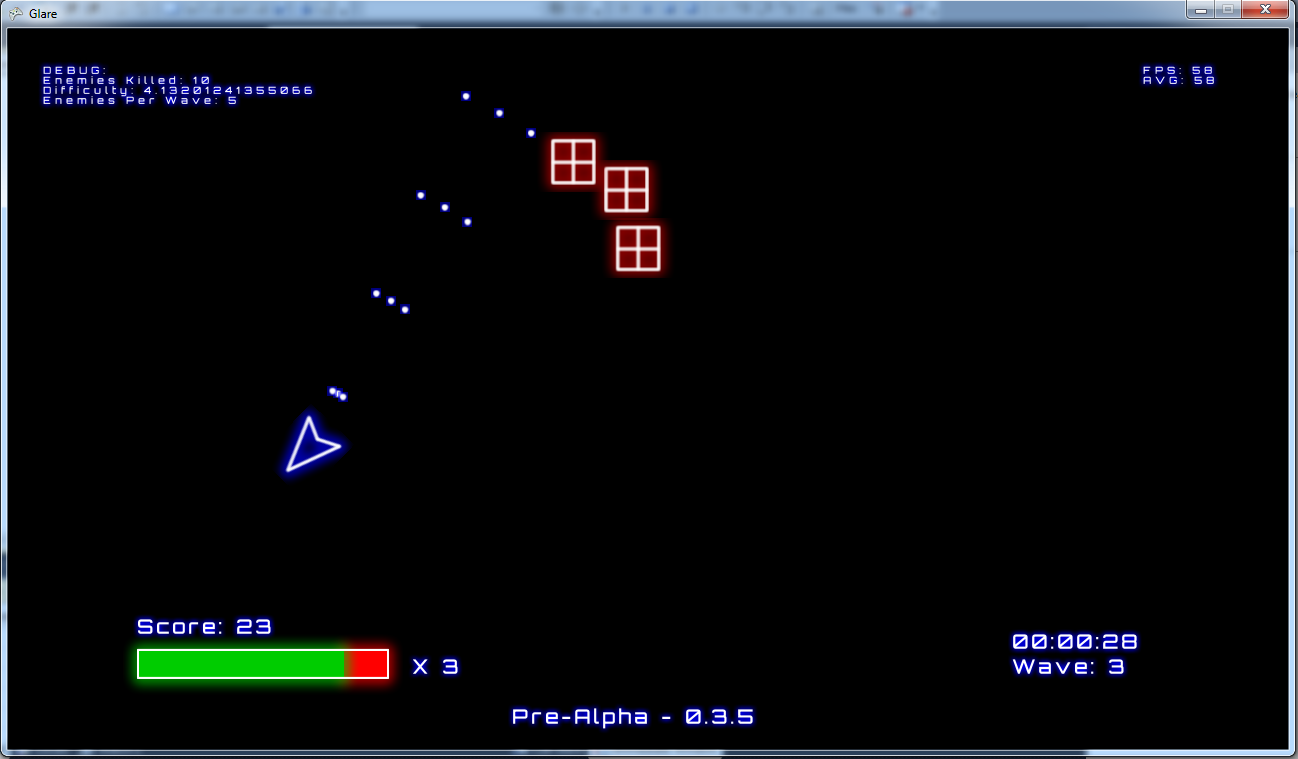 Waves got added along with different weapon types. The game was finally starting to take shape. 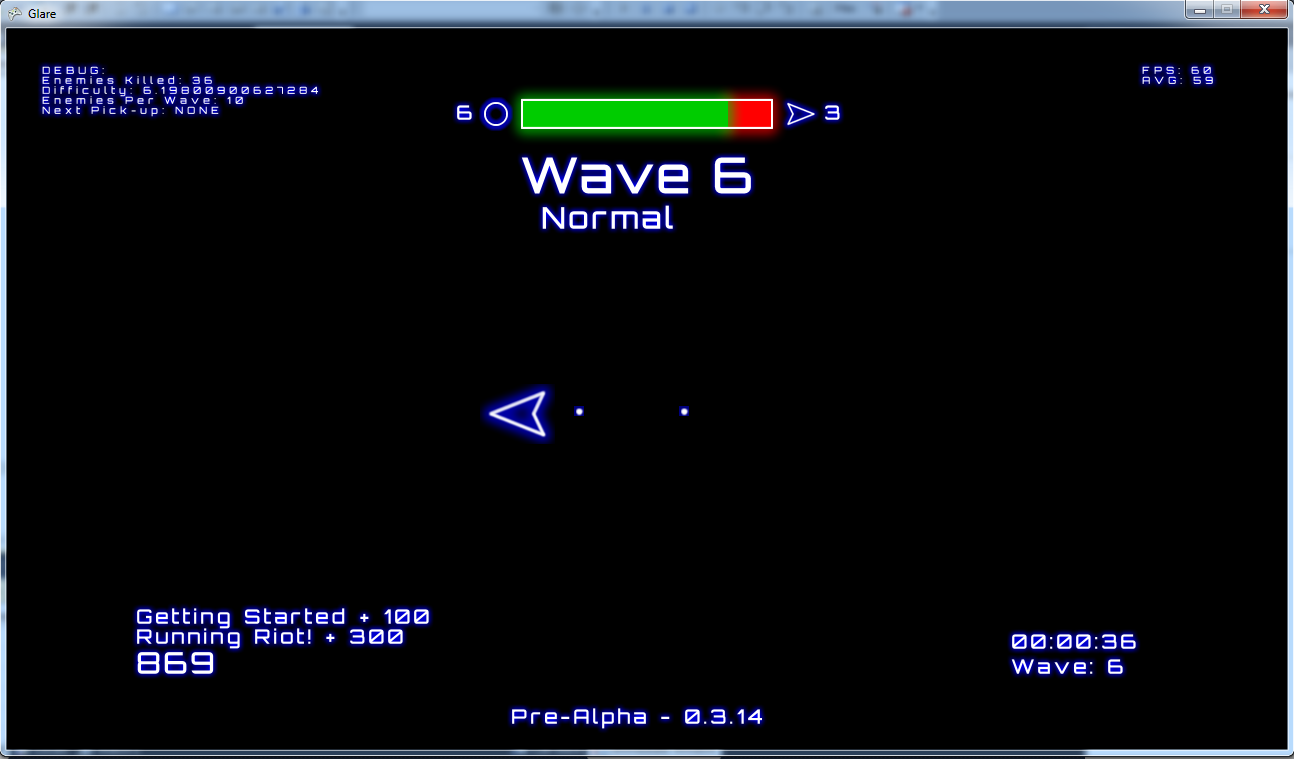 Did some re-arranging of the HUD and added medals. You can see some of the parts being finalised here. 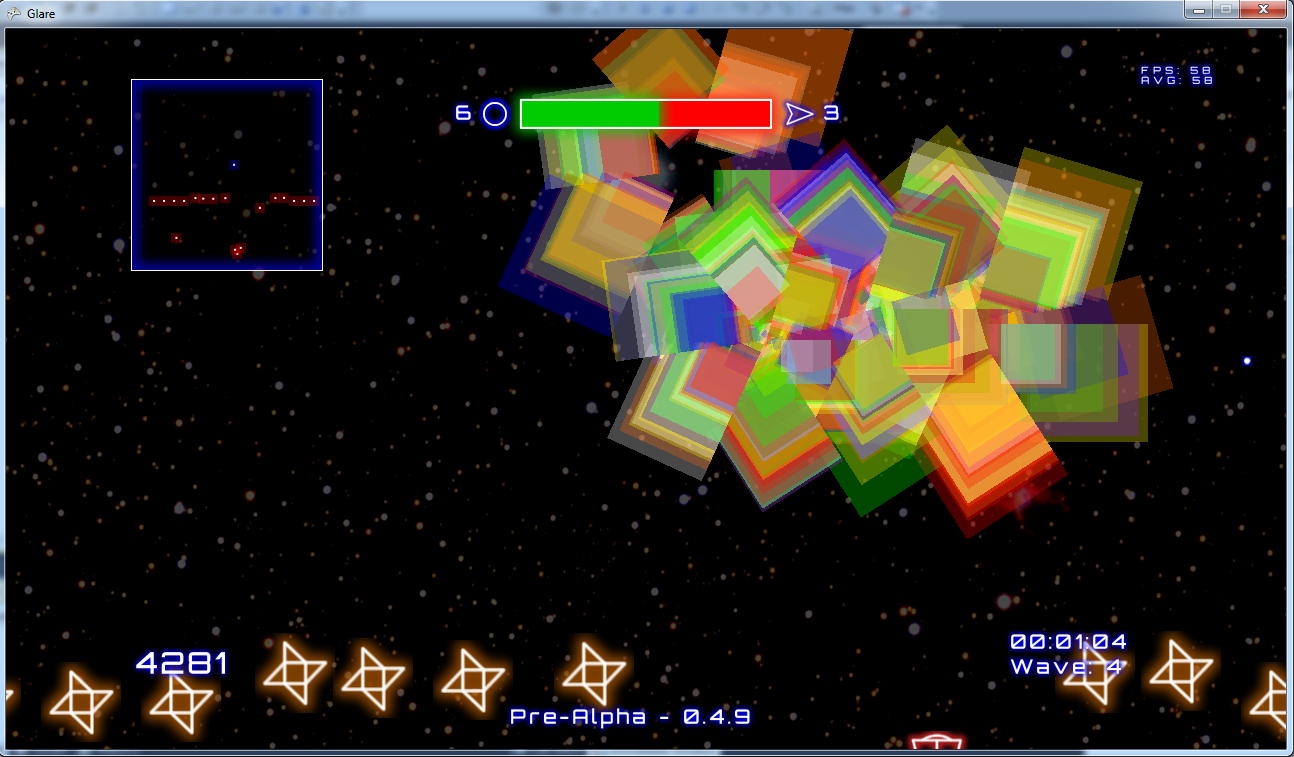 Then particles happened. As you can see, they got a lot better in the final version.

It was only now that Joe was brought on board to do a better job of the graphics. 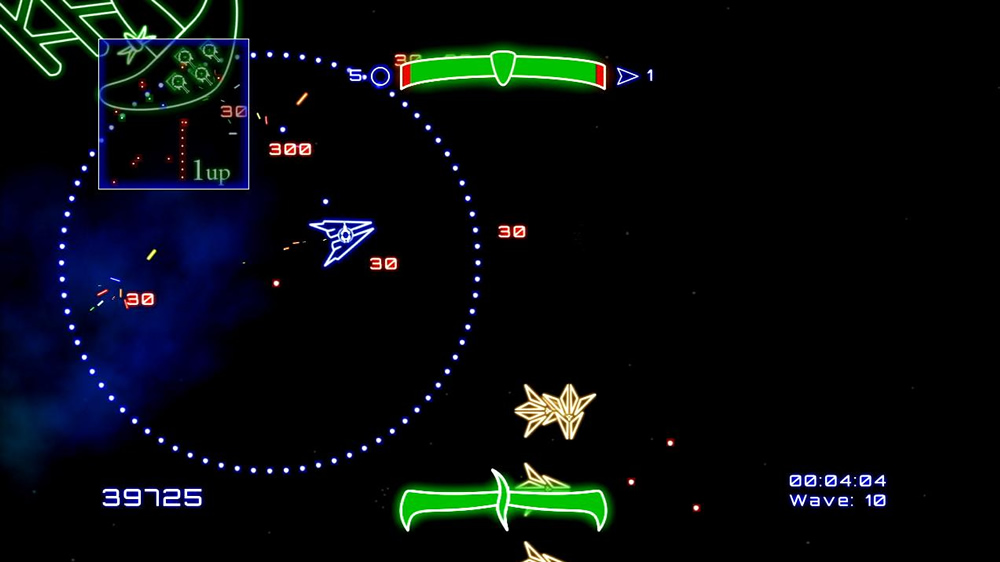 Adding the new art made the game look loads better. And after a little bit of bug fixing and making sure it hit all of Microsoft's certification requirements, it was put on the Xbox Indie Marketplace. I'm quite proud of that fact. I know this isn't the best game you could ever play but it was a great accomplishment of mine to actually get this game finished.

The weird thing is, even after all the hard work and many nights programming it, I want to do it all again with a new project. This is my new addiction.

Nice article. Did you ever reach a stage where you wanted to pursue a different project instead?

There was definitely times where things would be so broke that I didn't want to do any more. But I really wanted to get it finished and I'm glad I have done.
I learn't a lot about programming through basically trial and error. That alone should at least make my next game more awesome.
It would be nice to get the game out to people to see what they think.