Post news RSS The game is almost complete! Here are the newest features

A-Star Theft is rapidly nearing its completion, here are some of the latest features. Especially interesting points include Improved Visual Effects, better AI, and a new real-time lighting engine!

A demo of A-Star Theft can be found here:

The story is nearly done, from start to finish.

I only have a few levels left to make, and after that, the game is almost complete.

Two new music tracks have been added, increasing the total amount of heist tracks to... three.

Of course, this is not enough music for the full game,

but will make the soundtrack less repetitive nonetheless.

New miscellaneous sound effects are also in the game,

and will continue to be added in the future.

I have now added some well needed AI improvements: 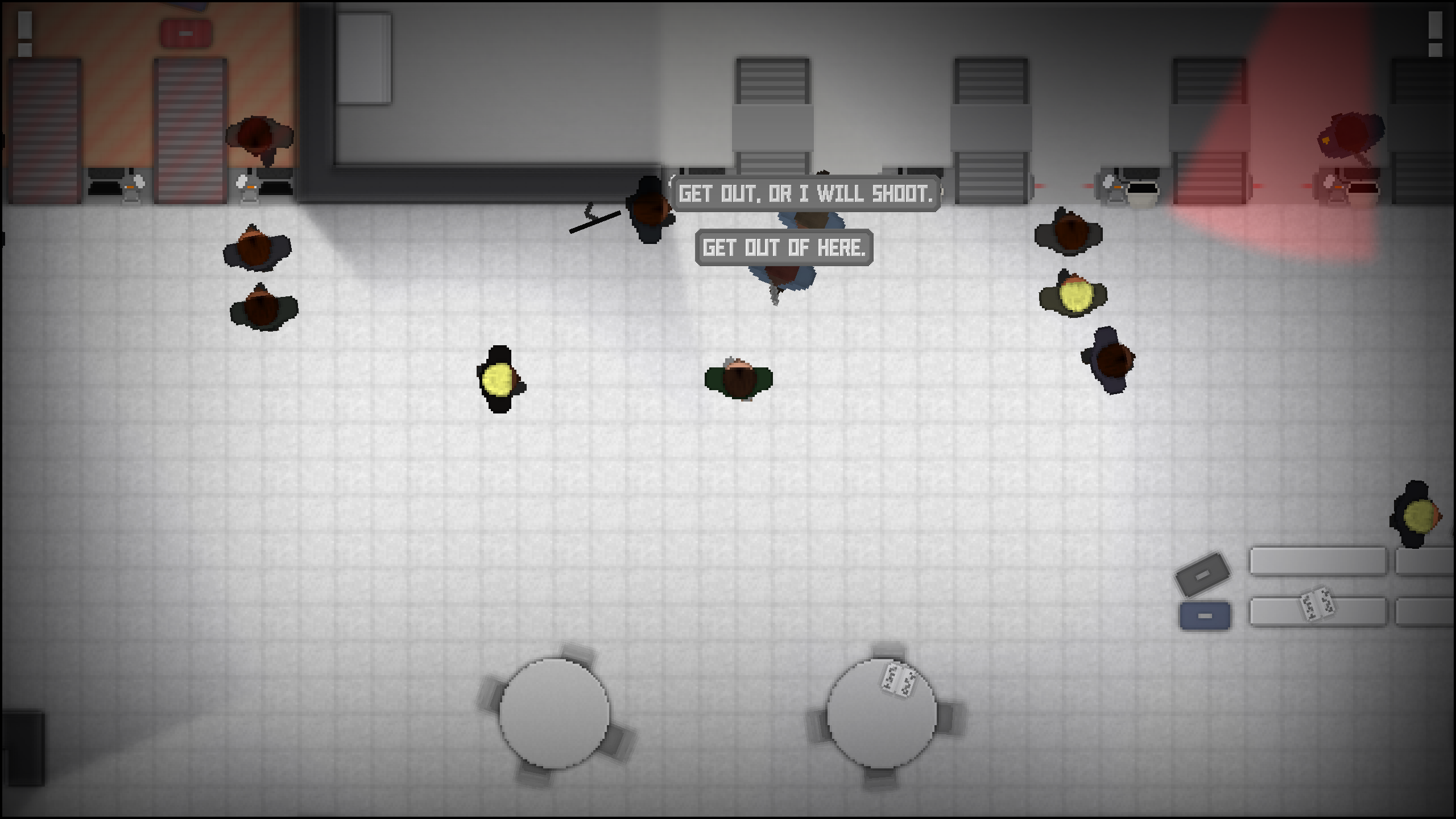 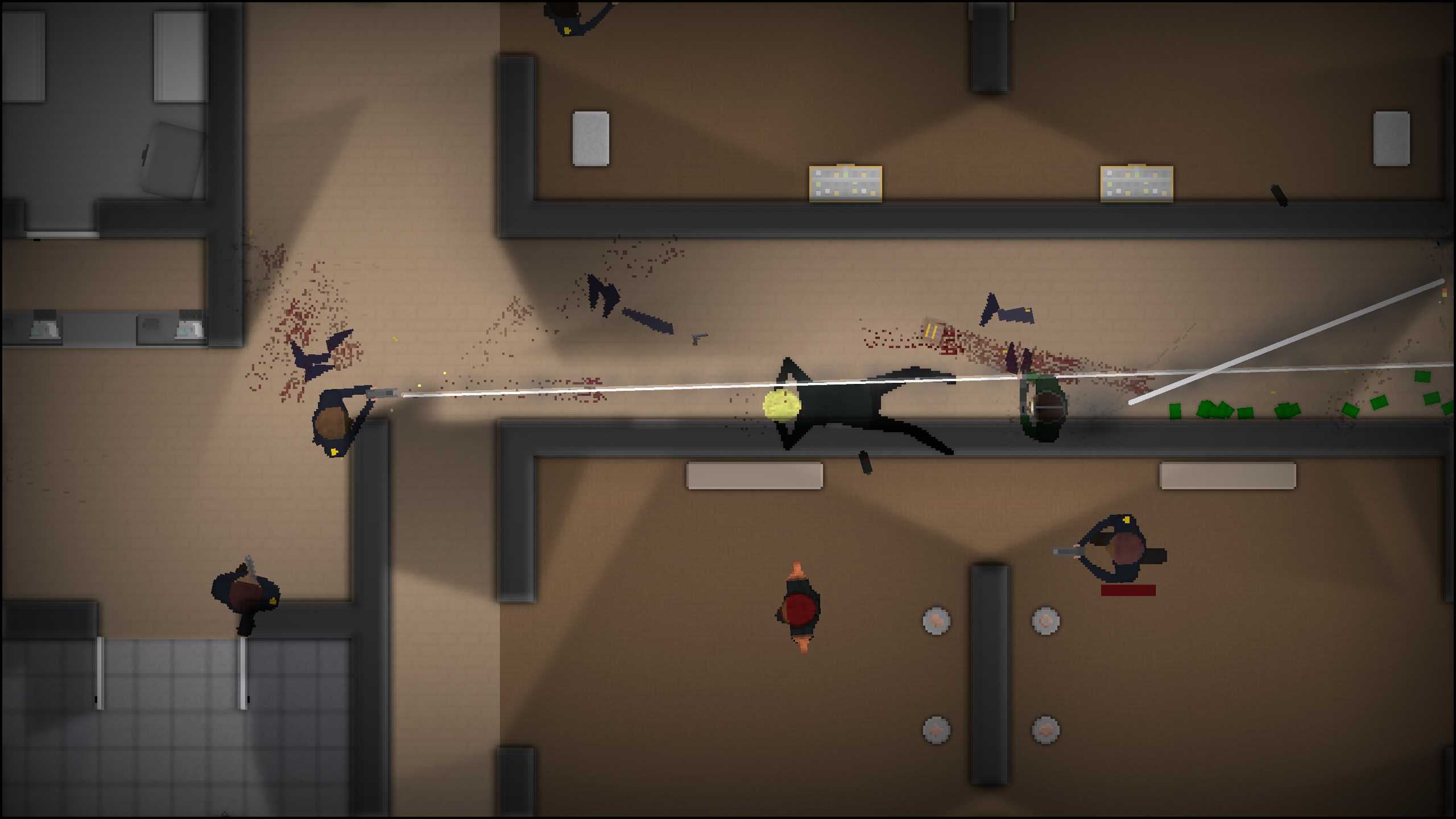 I have built a new system for handling visual effects.

This has allowed me to greatly improve blood and debris effects,

as well as adding more details without worsening the performance.

There is a new enemy in the game: The moving turret.
This new threat is similar to the regular turret, but will follow the player while in open spaces.

Instead of them all having the same kind of pistol,

some more challenging guards will have rifles and other more dangerous weapons instead. 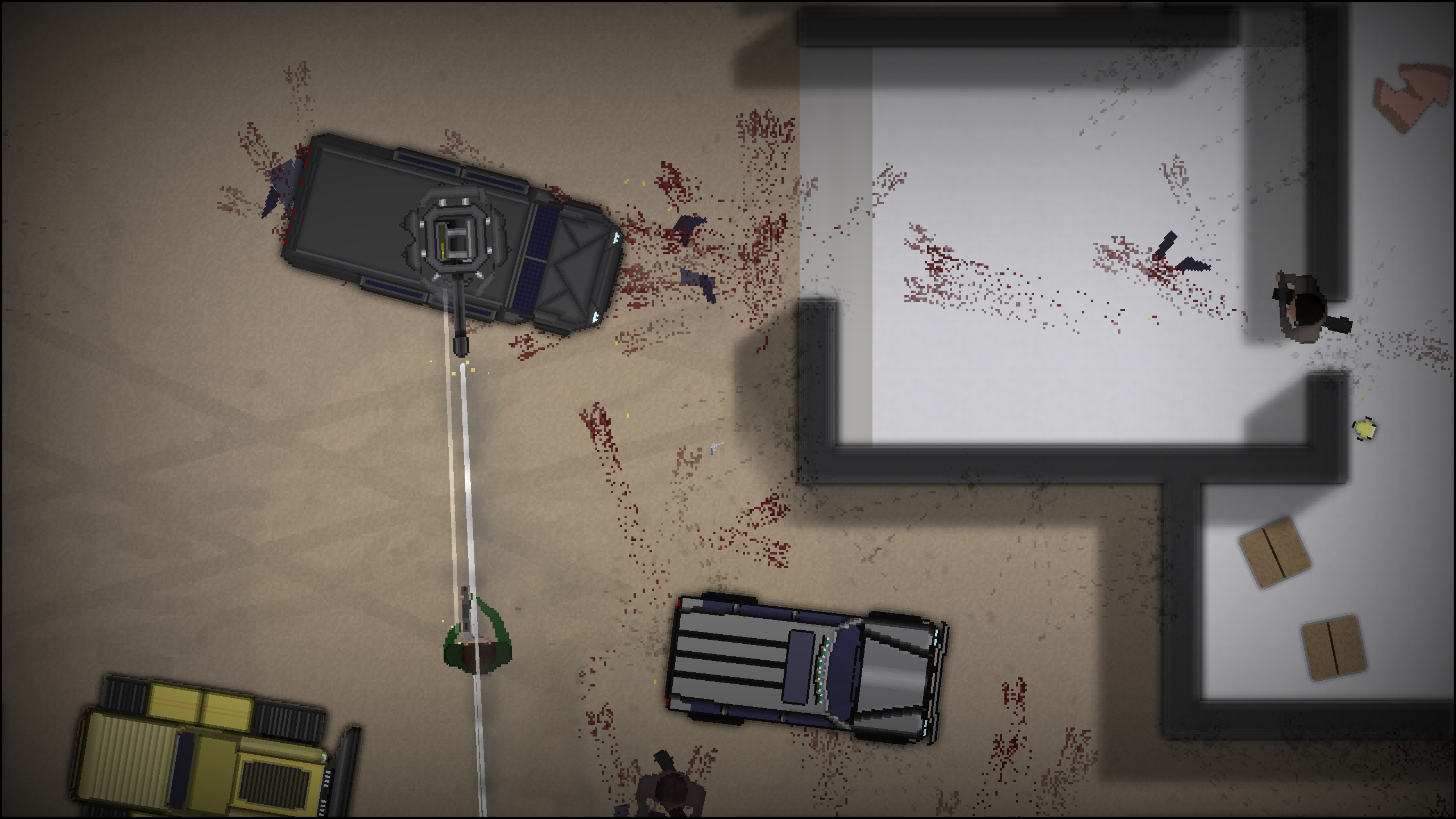 One of the most significant changes is the implementation of a new lighting engine.

I now use a customized version of the Glare Engine to enable real-time lighting and shadows.
Not only does this make lighting more immersive, smooth, and realistic, but also improves an existing feature in the game, as well as adding a new one: 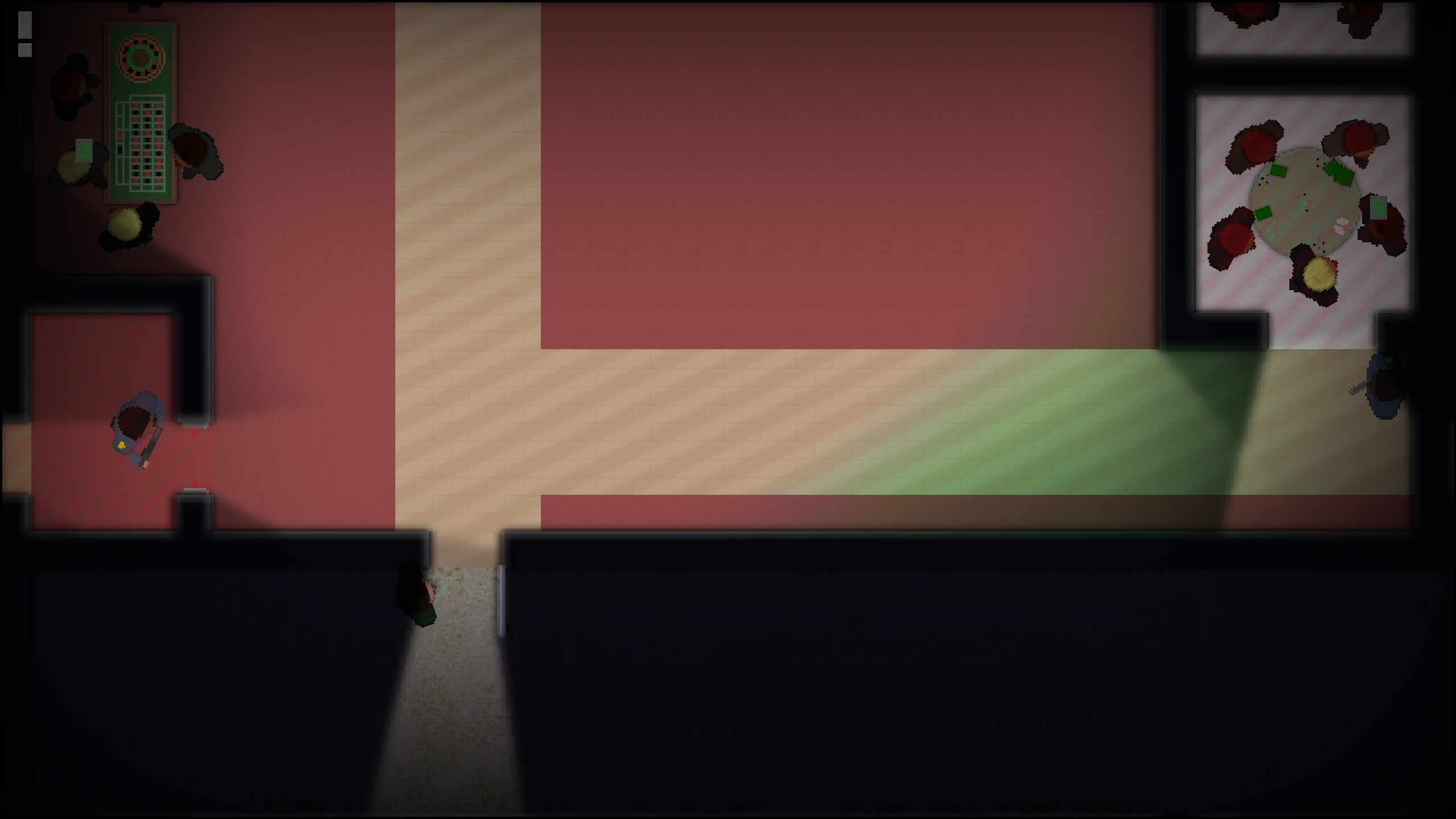 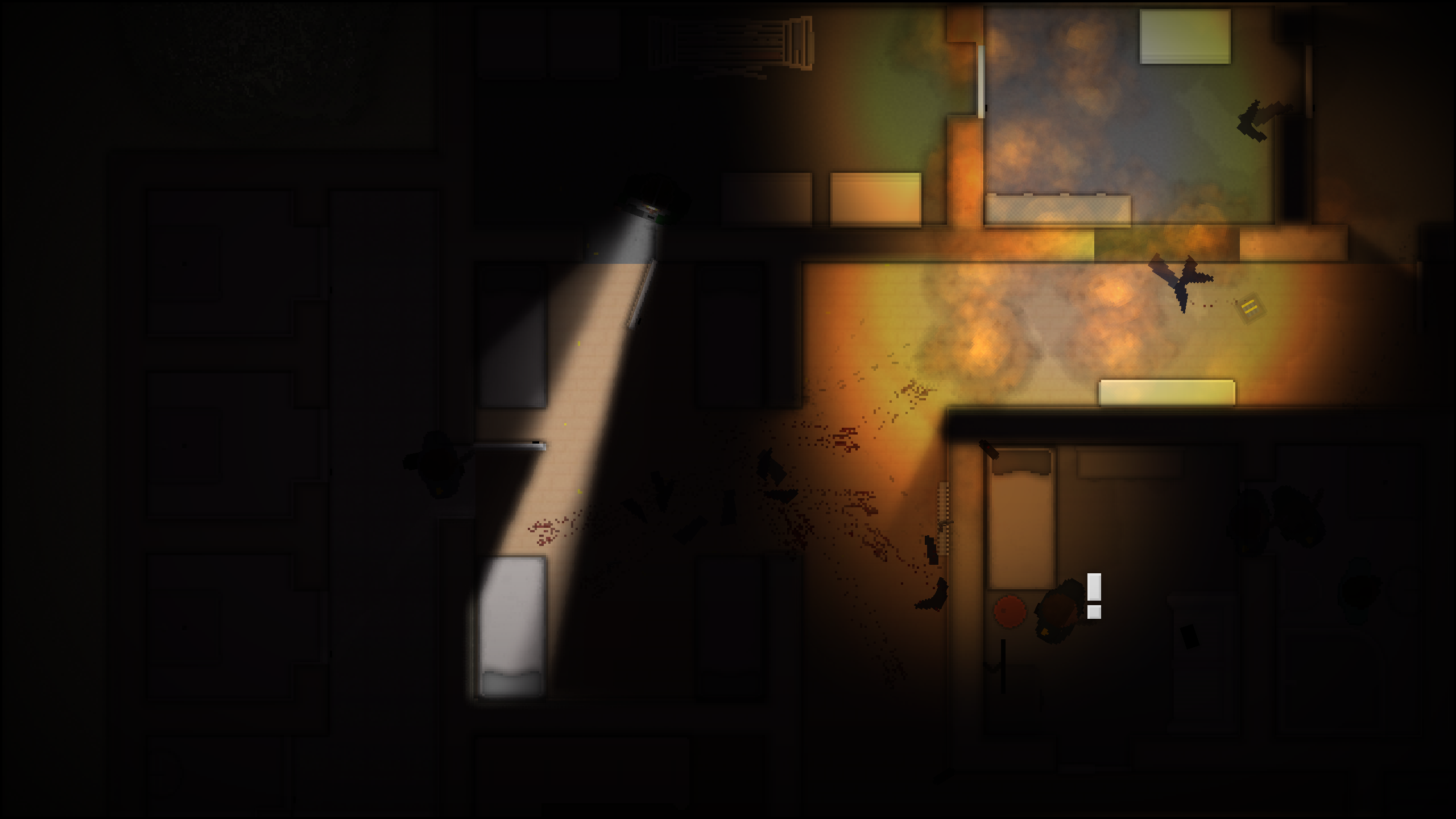 Along with these improvements come the regular ol' bug fixes.

Many long-standing issues have now been fixed, here are some examples: