How the game will work:

This game will be the first part of a series called "Out-Casts." It will revolve around four juvenile delinquents named, "Josh, Simon, Sarah, and Claire." The first game (This one) will be revolving mainly around Josh and his car. A man will hold him at gun point and have Josh drive him around places so he can fulfill certain needs, and commit crimes around the town. Now I know what your thinking, "Why doesn't josh call the police while hes alone in the car?" and the answer to that is, Josh knows that even if he does explain everything to the police... they won't believe him! He is a young offender driving a man with a gun around town to commit crimes... that's a little suspicious don't you think? For the color scheme, it will rely mainly on bold colors that are solid and alone with a lighting and flare effect attached (As seen in screenshots below.)

How the scoring system will work:

I'm more planning towards creating levels more than having a scoring system involved. If I do at any point put a score system in I think it will mostly revolve around how fast things are done.

How will the Levels work:

There will be a list of levels of which I am going to assume will end somewhere between 20 and 30. As you rank up, the harder it will be to get the masked man to his destination in time without being arrested or killed.

I am a 14 year old Indie Developer, therefore I am not legally allowed (By Canadian laws) to create video games with a maturity ranking. I can however just not have it rated. Although that is a loop hole I would just like to keep it in the maturity level of 13+ (Thirteen years of age, or older.)

Police man and his car: 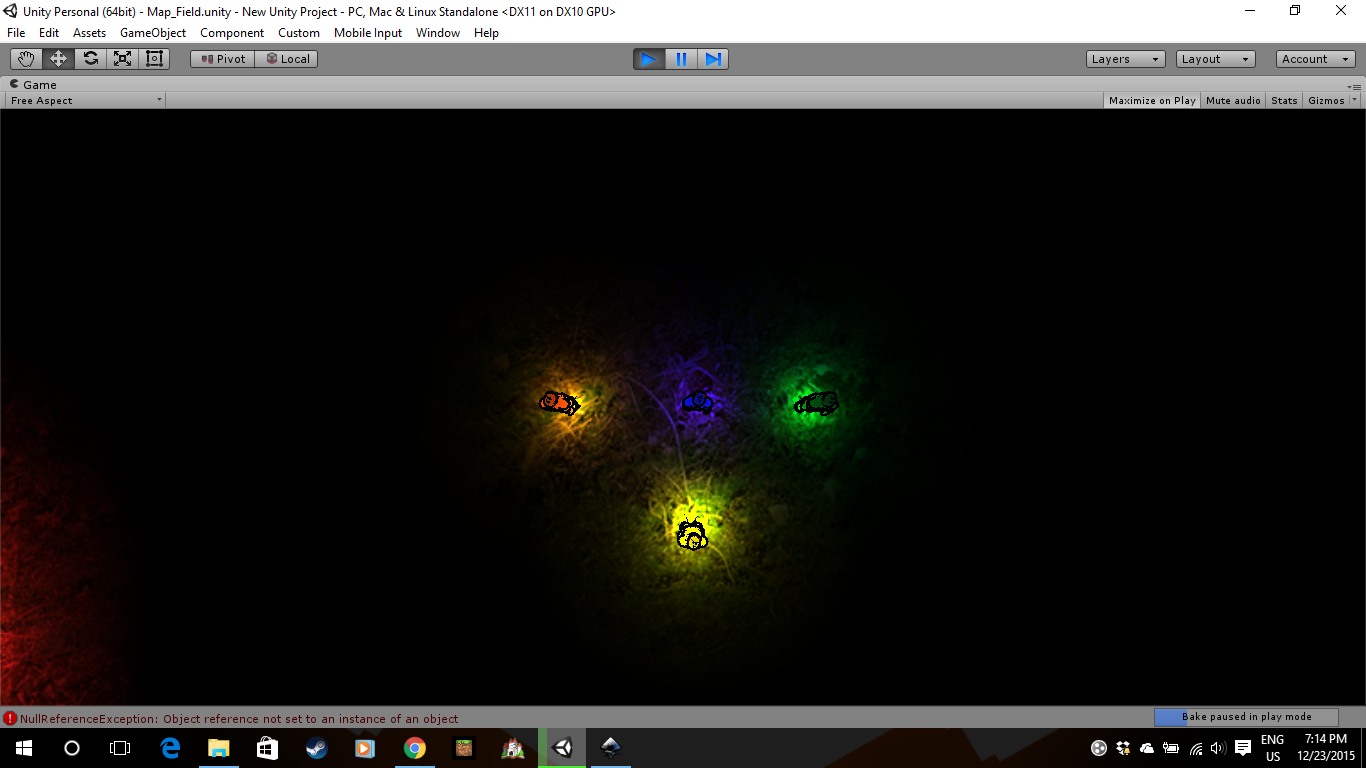 Want to check out my homepage where I try to keep everyone updated, and it even allows you to contact me via email? check it out:

My email where I always respond is on the contact page.