Tiberian Sun: Reborn is back! The development team has begin work on version 2.0.0.0! It is with pride to announce that the team has begun work on the Tiberian Sun: Reborn 2.0.0.0 release!

Several people have been questioning the future of Reborn, along with what has been happening behind the scenes. This post is here to clear up a lot of things and answer these questions, as well as present a small preview of what is planned for Reborn's next major release.

Below is an excerpt from Lead Producer of Tiberian Sun: Reborn, Wallywood.

A lot of you know that the game is a hobby for us so, sometimes real life steps in the way of that. This past year, I have been struggling with a lot of real life issues. These have included: A hand surgery, unemployment, and even the loss of my father; all this while trying to maintain a healthy family environment. So-needless to say-these things have taken up the majority of my time. Much like life, even the roughest storms will calm, and life starts to level out. With this hobbies can become relevant again. I am proud to announce the team has begun work on the Tiberian Sun: Reborn 2.0.0.0 release!

The team will be revisiting the entire game and will prep it for what could very well considered a final release. Development will not stop necessarily, as future items can always still be implemented. Tiberian Sun: Reborn will be made to feel complete. If future items were to be included, this will not directly affect the core of the game.

Much like Red Alert: A Path Beyond's Delta Release, balance will be solid and adding new units or vehicles could be added on a whim without disrupting the current gameplay.

You can expect several things in this new release, including (but not limited to):

■ A complete overhaul of the gameplay and balance, making TSR more fun overall!
■ A complete redo of several of our buildings and units! Perhaps even some new ones!
■ Overhauls to existing maps, reintroduction of some old maps, and even some new maps!
■ Some brand new features to make your TSR more interesting!
■ And of course, bug fixes.

We are still working out of most of the details regarding TSR 2.0, and will provide more updates soon. Expect pictures, videos, and in-depth details about what all to look forward to.

Thank you for your continued support! 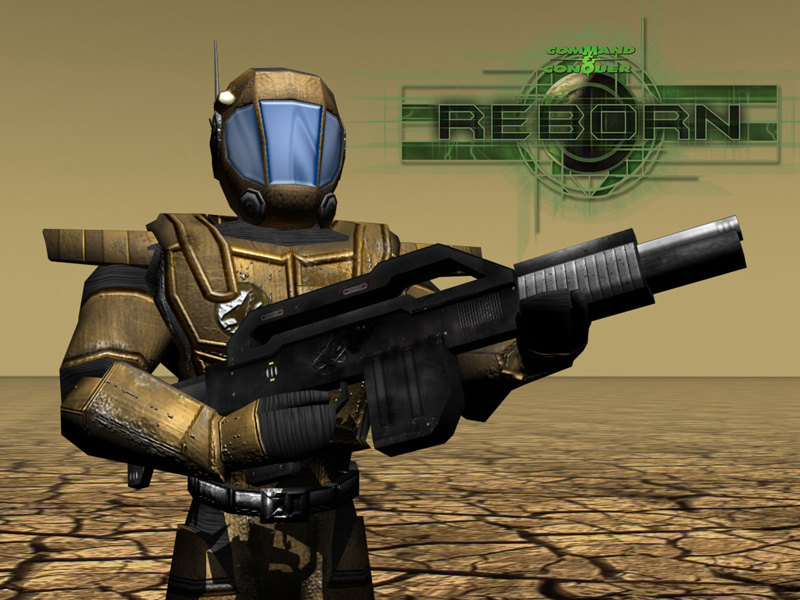 It gets better! Interesting developments are coming, count on it!

Looking forward to it :D

Sounds really nice! I've said this several times but I'm really not a fan of how infantry combat works in Renegade and it's spinoffs.

Tactics and cover should play a much more important role and you should probably die a lot easier.

You make good points, I would agree. Infantry combat will be seeing a rebalance from the current iteration.

and still not bot map?

i mean with vehicles... renegade had this kind of maps made by community and they worked good with waypoint system for vehicles, so why not for TS reborn?

This was actually accomplished too in Red Alert: A Path Beyond with Camos_Canyon_Bots.mix

With new maps in development for TSR 2.0 and Scripts 5.0 integration, such a map would very well be possible.

Holy crap! I though this mod died months, if not years ago! I just pokes around for a spare glimpse og hope. One quick question though: Is it still inf. only, or are there vechles too?

Actually, we have a public Beta release with a lot of vehicles already ingame. Head on over to W3dhub.com and download our launcher and give it a try :D

Considering the low demand on system specs this could quite possibly engage the an audience on the PS4 free-games market.