Post news RSS The First Tree announced, a third-person adventure game about a fox and a family

A new exploration game is coming to PC and Mac the beginning of 2017. A narrative-driven adventure game for fans of Journey, Gone Home, and Firewatch.

I thought I would take a break from game development after I got it out of my system with Home is Where One Starts... (which you can visit here on IndieDB), but I'm happy to announce that isn't the case. The First Tree is a story-driven, exploration game that I'm incredibly excited to share with you all.

It's a third-person game centered around two parallel stories: a fox trying to find her missing family, and a young couple dealing with a death in theirs. Players take control of the fox on a poignant and beautiful journey that crescendos at the source of life, and perhaps results in the understanding of death. Along the way, players can uncover artifacts and stories from the young couple’s life as they too become intertwined in the fox’s journey towards The First Tree. 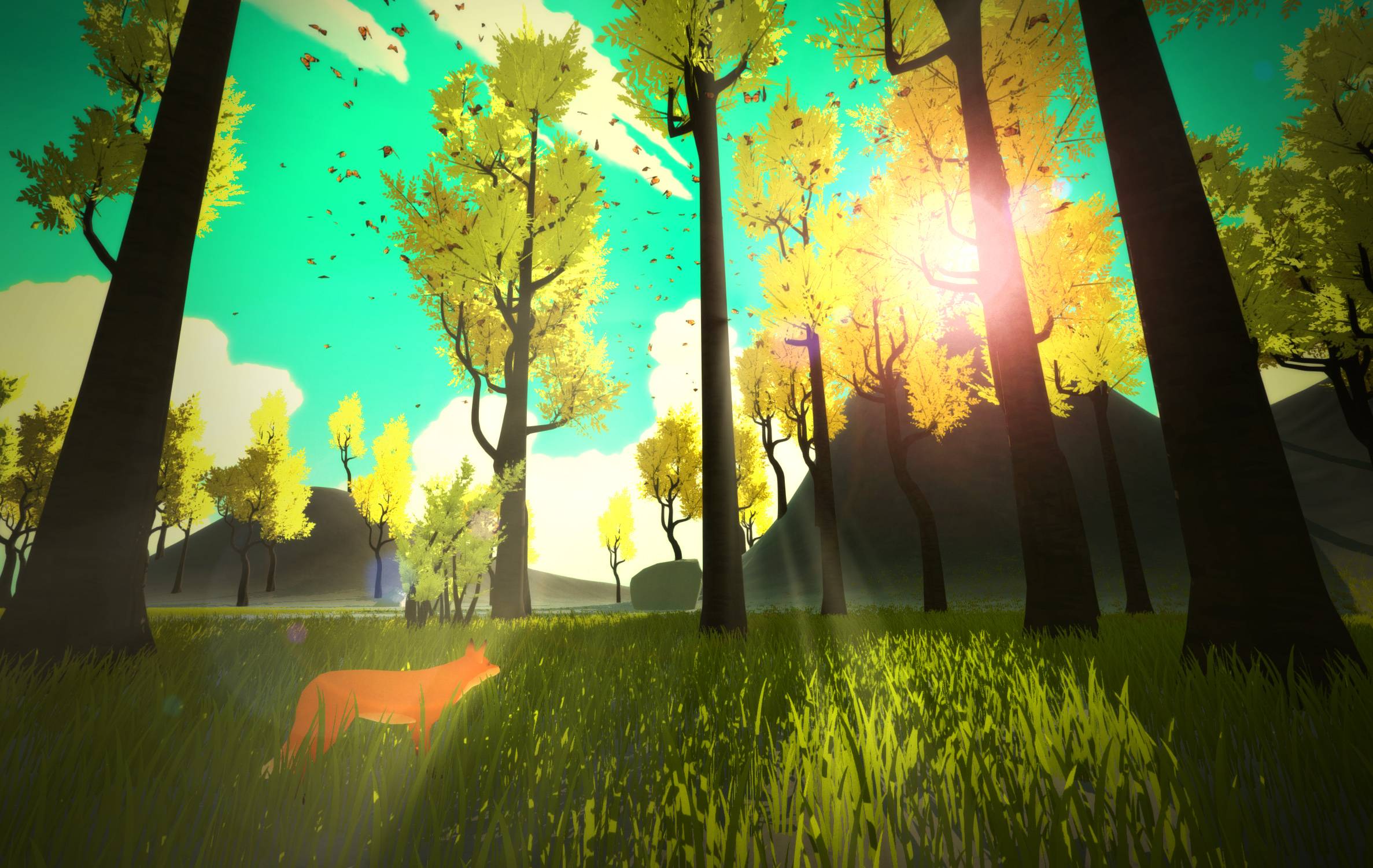 Experimenting with butterflies in level 2

There has already been some articles written about it, even though there's a lot of work left in development. Kill Screen elaborated on my inspirations for the game, including The Road by Cormac McCarthy. OnlySP also published a small piece with some screenshots. Basically there isn't a lot of clear information, but that is intentional--I want the journey to surprise you, because this is a game that will have surprising elements. The journey to The First Tree will have its unexpected turns and discoveries. 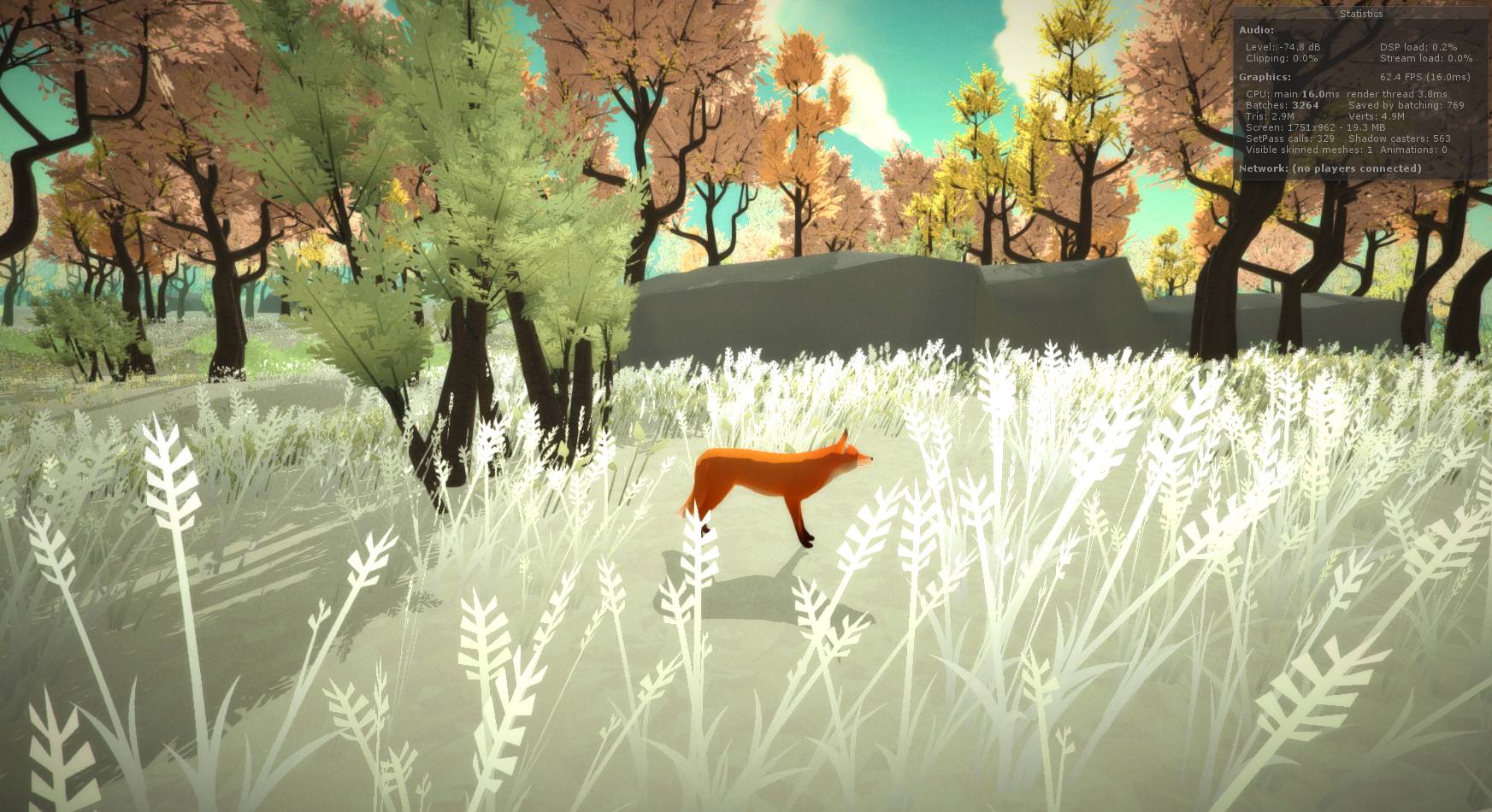 A newer polished version of level 4

As far as other news (without giving away more of the plot), the public reaction has been amazing so far. Unity retweeted a main menu GIF which was a fun thing to wake up to when checking Twitter. Screenshots have been #1 on three different subreddits on Reddit (here's the r/Unity3D one). I'm not trying to boast, just expressing my gratitude for people's interest. I hope it lives up to expectations!

As for the technical details, I'm using Unity Personal 5.3.2, along with help from the asset store since I'm working full-time at The VOID. I'm using plugins like Gaia, Third Person Controller, Stylized Nature Pack, and Playmaker (all of which I would totally recommend!). Almost all of the music and sound is taken care of, so all you composers can stop emailing me now. ;) 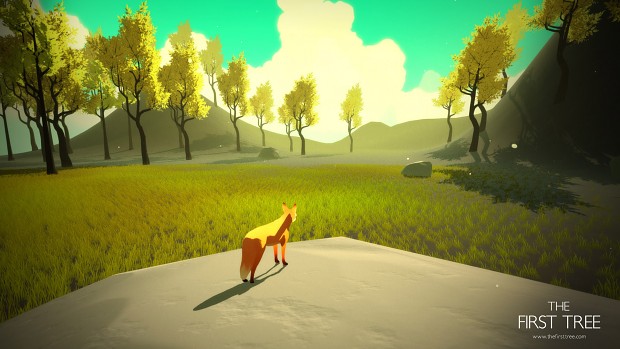 An original concept from the 2nd level

You can sign up for a one-time email when The First Tree is released at www.thefirsttree.com. You can also follow me on Twitter where I post small updates on the game's progress, and I just started a Tumblr I'm planning on updating with art and all around cool images. Stay tuned for a reveal trailer coming very soon, which should answer questions as well as bring up new ones. Thanks for reading! 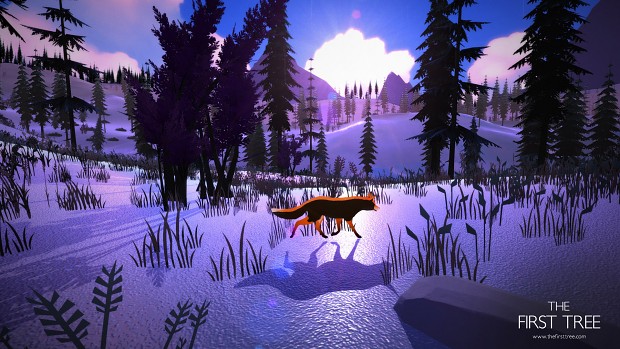 The path to The First Tree will be cold and venturous! Take care.