Dive deep under the development process and see how it looks to make an entire world from pure concept to fantastical real time landscape.

It have been a while since I post anything about The Fallen Chronicler mainly because I was busy working on the game and adding new stuff. Many things to show and many things to discuss and play test.

I mainly worked on the game world itself, adding new models of buildings, props, terrain etc, and making it feel alive and fantasy in looks and spirit. The game world is made of both snow covered mountains and green grass pastures, and a job that I have is enormous one. Still i used all my knowledge and experience with world building and started placing models across the map.

It all began with a simple concept map that covered every area of the game in form of textures painting and model placing. 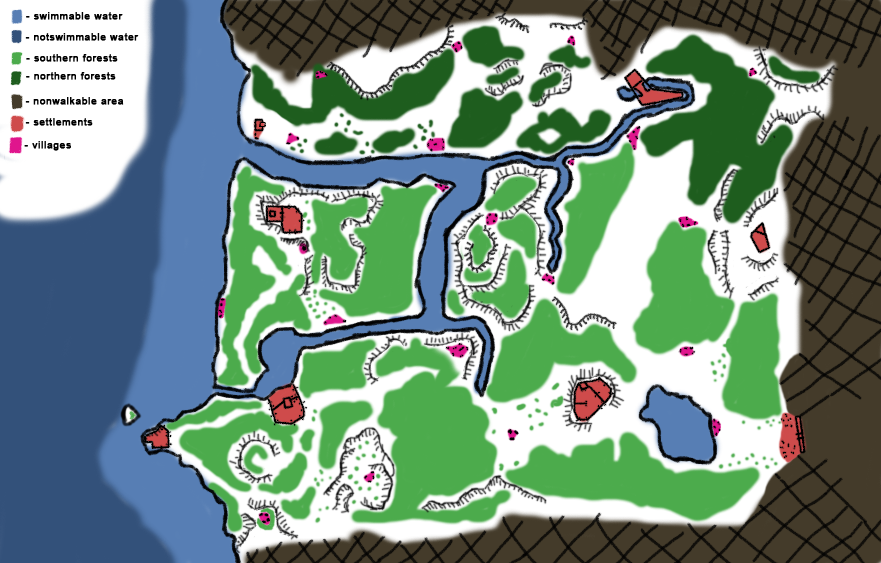 Then when the main concept was done, I needed to create a height-map that I will use as a skeleton for terrain editing. 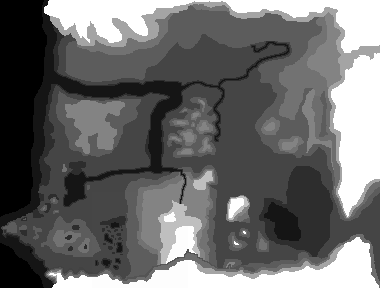 After some tweaking on the height-map I imported it to engine and started painting the terrain with some of dozens texture sets of the game. At the end, following the concept, the base in-game world was done. 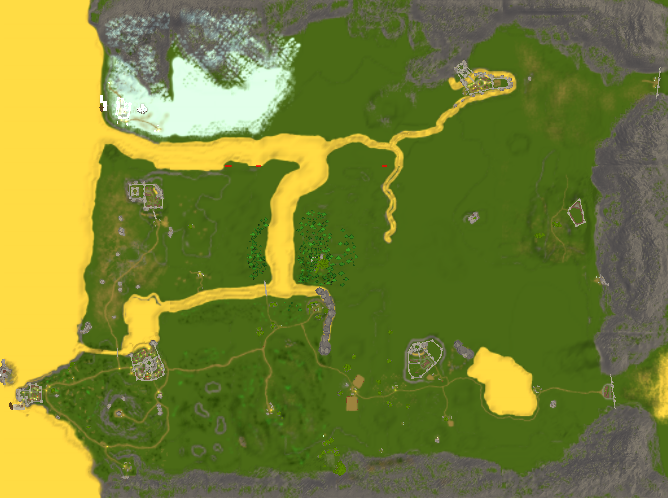 When everything was in place, the real world sculpting could start. Firstly I set bases and outlines of all settlements of the game, in time filling them with houses and other models and props. Then I did villages, hamlets and various other locations and points of interest that player will come to. The last and most time consuming is making interiors for all the houses and enter able buildings. That yet stays to be done. While the world feels finished and polished it is far away from that. Still there are many areas to populate with buildings and props and most importantly Npcs. 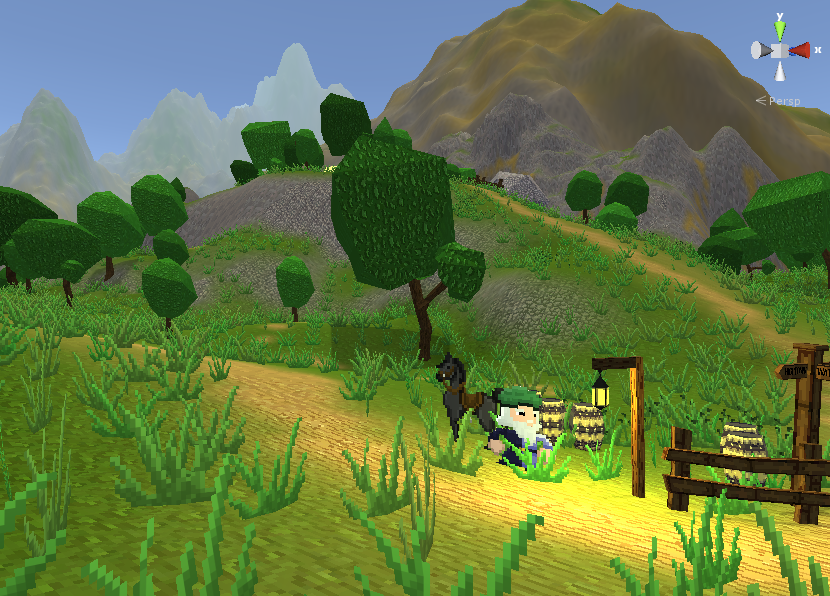 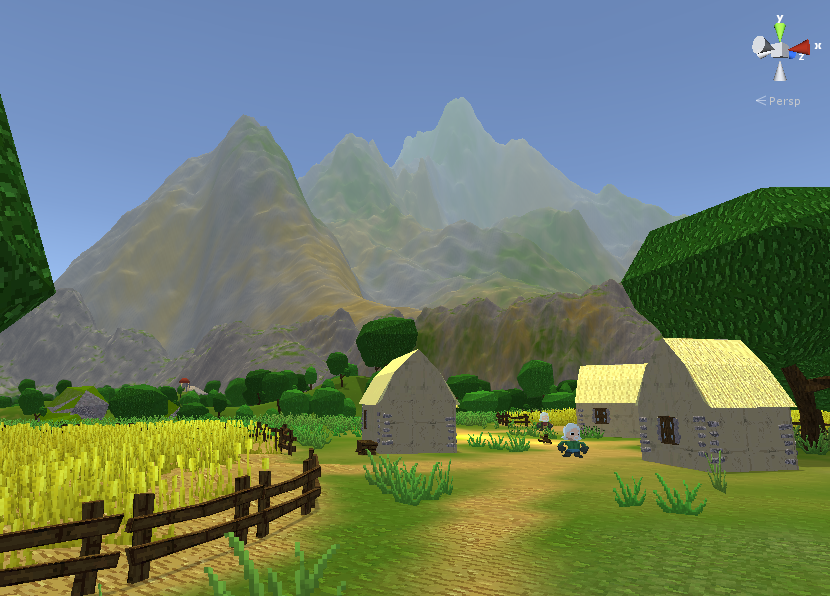 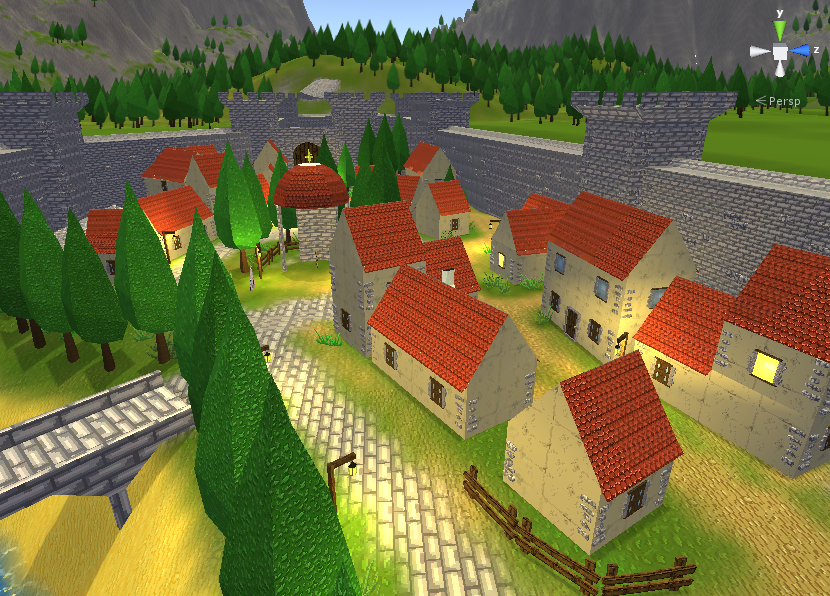 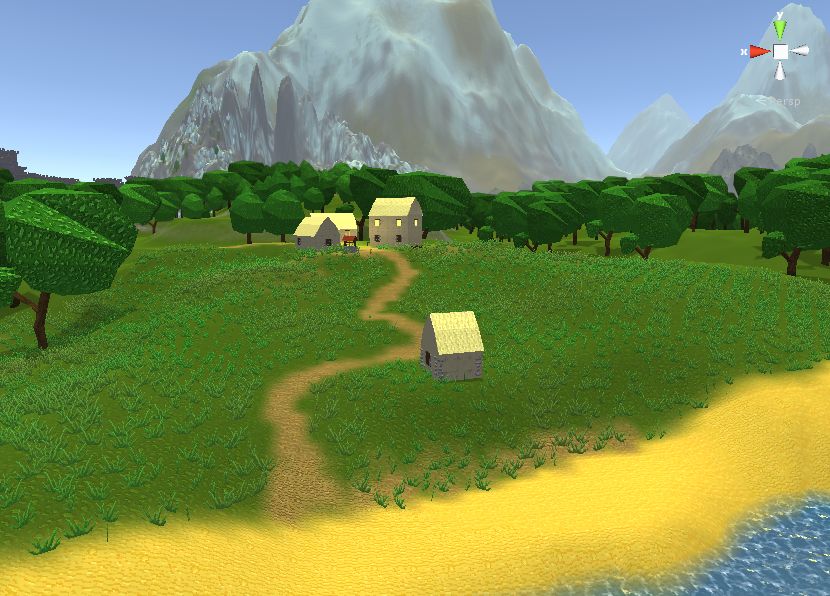 (Those images are screen captures taken from inside the Unity Editor)

Lastly, one minor but nice addition is the new water system with improved shader and stability. The player can jump and swim in water going in any way he desire, and will be able to set sail across the wide blue seas.

(Here you can see difference between the old and the new water shader.)