It´s a long, long way from stock asset for quick & dirty prototyping to production-quality architecture and gameplay-relevant building construction. Take a walk with us!

Good morning and greetings from Austria!

As part of our Kickstarter campaign, we are also paying close attention to other projects out there, especially those from Indie game developers like ourselves. And we are quite impressed about the speed with which some of those teams can roll out their creations.

When we take a look at (and don´t worry, we asked permission for mentioning them) those, we see it´s possible to deliver quite stunning results very fast. It is understandable in a physical cards Games like "Orc Office Party", as we assume that all the planning and prototyping has been done on printer paper before, and the execution no rests now on creating the final Art, Layout and then of course manufacturing the cards.

It is even more impressive in a full-fletched MOBA like "One Tower", where we have also the full scale of game content creation, level concept to level building, HUD e.t.c. - and the SkyReacher team aims for a release in August 2016, with the development having started in October 2015. We can only applaud and congratulate.

To be honest, we can´t do THAT.

We have 20 square miles of world to fill, we have thousands of buildings that not only need a pretty face on the outside, but also to be filled inside - which we do manually, at least most of the time. There are some tricks involved, there is some procedural magic being tested by our 3D Lead Mihai with the Romanian unit (where magic is important, especially when the Vampires come out at night...), and of course there is some copy & paste involved, especially when I get lazy during night shifts (and regretting and polishing that the day after).

And we are constantly improving, rebuilding and sometimes re-creating the assets we use from scratch. 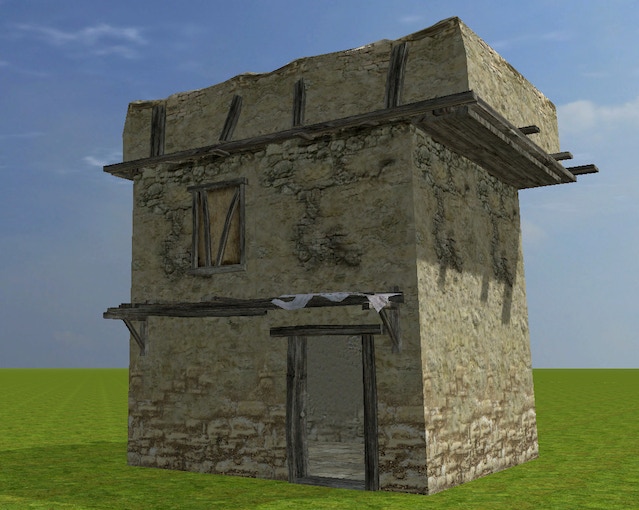 This is a stock asset from the GameGuru engine (which we still heavily recommend for fast prototyping and learning the use of 3D world and level editors!). It was used in the very first GG prototypes.

The 3D team took those, and quickly built some new layouts for rapid prototyping, it was the same basic architecture, the same textures, but with different layouts and polished corners and some smoothing done. 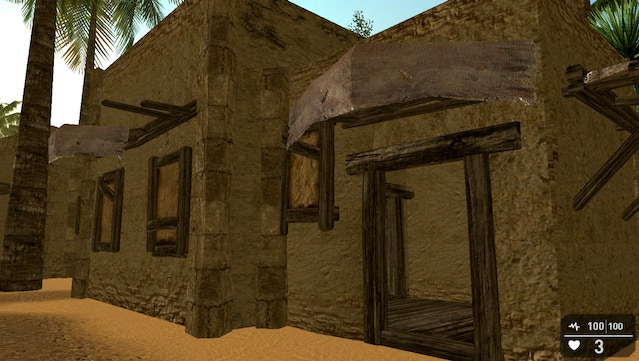 When we switched to Unreal and therefore to Production Quality, we had some buildings where the basic layout and some minor elements were still based on their digital ancestors, however, heavily improved, redesigned and with new decorative and architectural highlights: 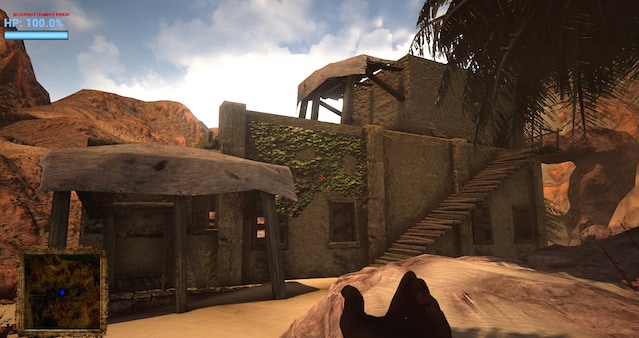 However, with the first bunch of reference photos coming in from our team members in the Middle East, we had suddenly far more inspiration and went out to create buildings that are... 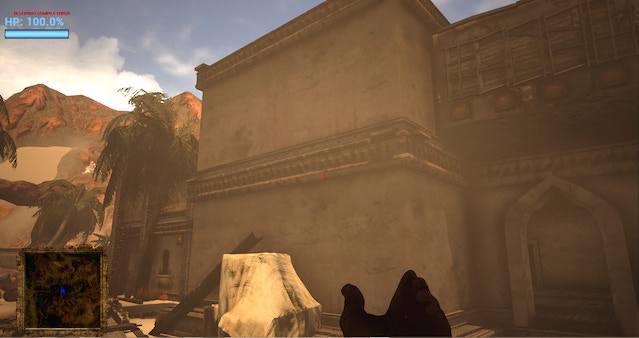 real-life-inspired and detailed on the outside... 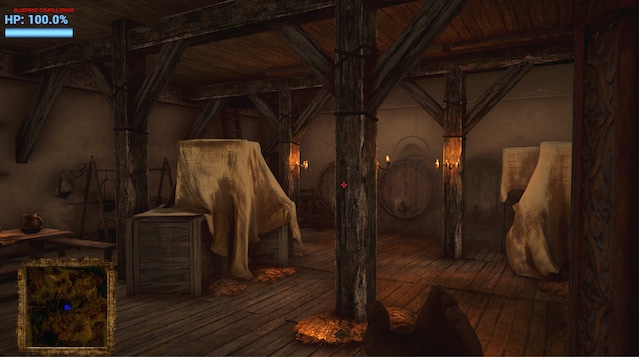 ...and thought-through and gorgeous on the inside!

Right now, we have dozens of DIFFERENT such buildings in full production quality, and dozens more coming soon in, and those are only the "basic residential" buildings! If you have seen the video from the Al-Hamra entrance, you already know that there is far more "special architecture" in addition to that.

A long, long way to go - but we have already went very far, and with your support, we come even further. The mission, the goal is clear: We want to create the most believable and stunning Middle East Open World possible.

Looking great! I've been working on my own game's playability for now, but I'm pretty much at that point to become my "art department" and start making the transition from provided assets to custom assets.

Fortunately my own project has been in the Unreal Engine from start to finish. I'm not familiar with the GameGuru engine. How was the process of switching from one engine to another? Or did you use GG for mostly just prototyping the world and buildings, but no real gameplay elements?