Post news RSS THE DEV DIARIES #2 - Games That Made Us

What is common in Grim Fandango, L.A. Noire, Policenauts, Alan Wake, Sam&Max, Blade Runner and Bioshock? These games not only determined our childhood, but they pushed us on the road that led us to Chicken Police. Check out the 2nd Dev Diary about the main inspirations of our game 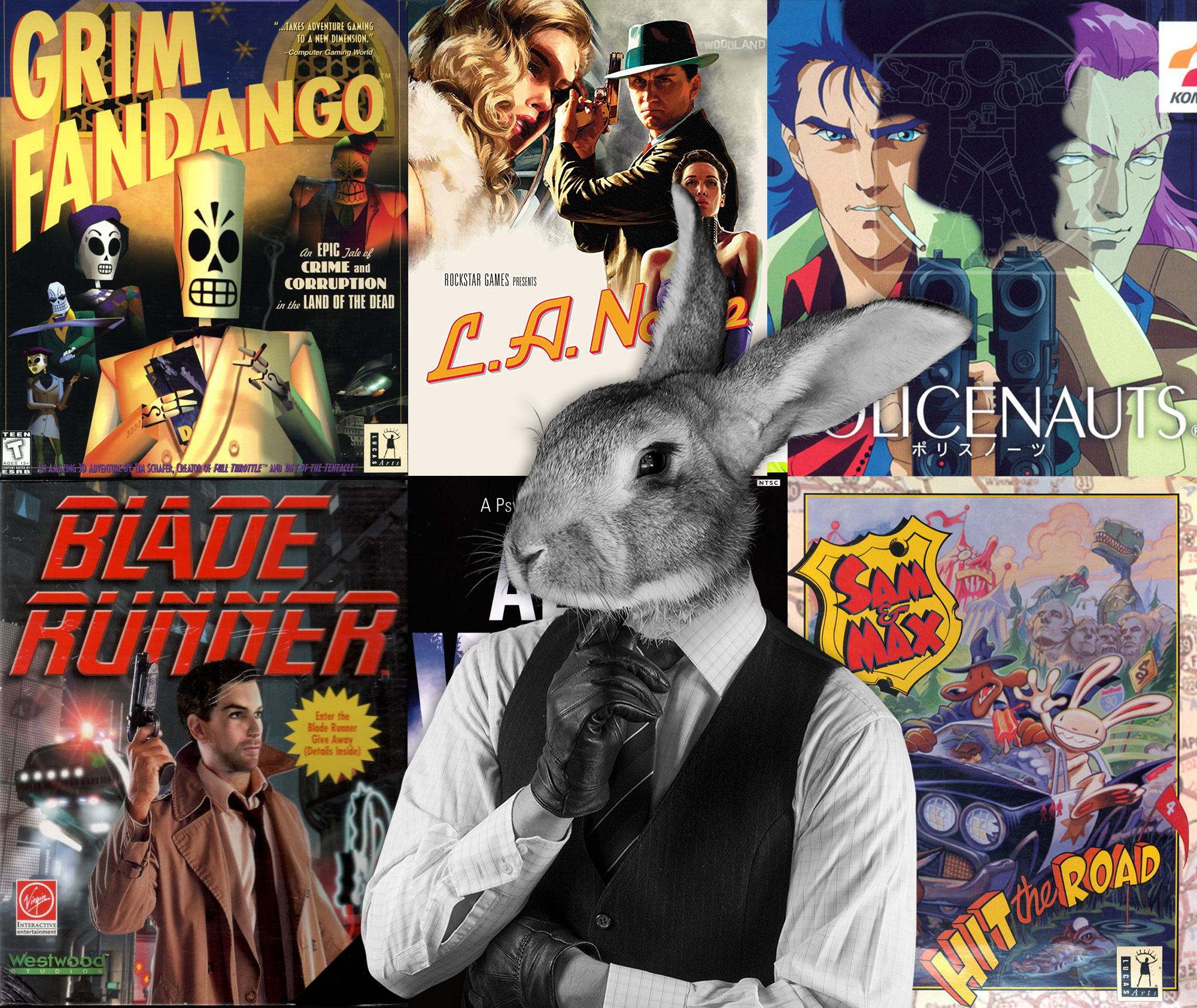 THE DEV DIARIES #2 - Games That Made Us

Bánk, the project's writer-director gathered for us which games were especially influential in creating Chicken Police's story, world and characters. They might not come as a surprise, but the reasons are. ;) If you read the arcticle, you will become a little bit closer to the spirit of Chicken Police.

Bánk "I wanted to be a videogame developer since my childhood. Among other things, these games were the ones that eventually drove me to this fantastic journey and even played a huge role in the development of Chicken Police."

GRIM FANDANGO – For Love and Bones

Grim is everything! It was maybe the most definitive gaming experience of my childhood, and also turned out to be one of the most determinate experiences of my adulthood too. Amazing characters, endlessly exciting and insane story, simply... everything about it! For a long time I only had the demo version of the game, which I've completed about 10-15 times if not more.
I didn't even understand the text completely. I learned English from video games and then I was less than a beginner. So I came back to it again and again and I understood more and more every time. Not just the text, but what the game really wants to say.

Grim taught me that no matter how great your setting and your story is, the characters are always the most important! - That's why I've created my own character generation formula (which I use ever since), and Grim, among others, made me fell in love irrevocably with the noir genre, and movies like Gilda, The Big Sleep, Double Indemnity or (the actually not even noir) Casablanca.

Oh and Manny's adventure also taught me that music is one of the most important elements of moody games like these. "Un dos tres cuatro... ta ta taaaaa!"
Huge heartfelt thanks to Tim Schafer, Peter McConnell and Tony Plana amongst many others... 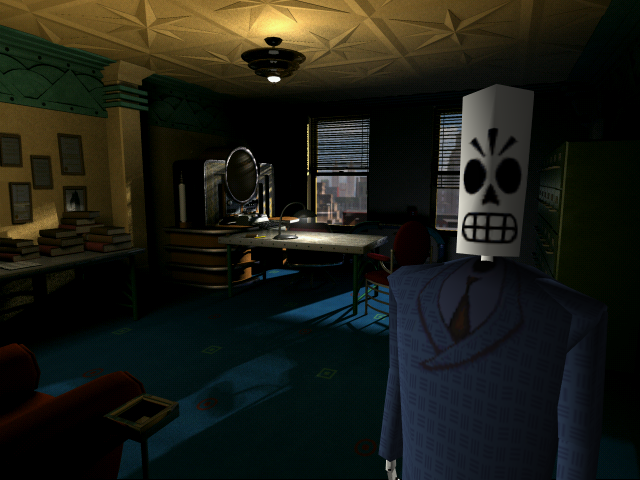 Not even a question. By the time this game came out, noir was already one of my favorite genres. L.A. Noir was not only an almost perfect story with a fantastic mood, but the definitive investigating simulator. Unfortunately the project was bleeding from a few wounds, but it still inspired us immensely. So, huge respect and thank you, Team Bondi! 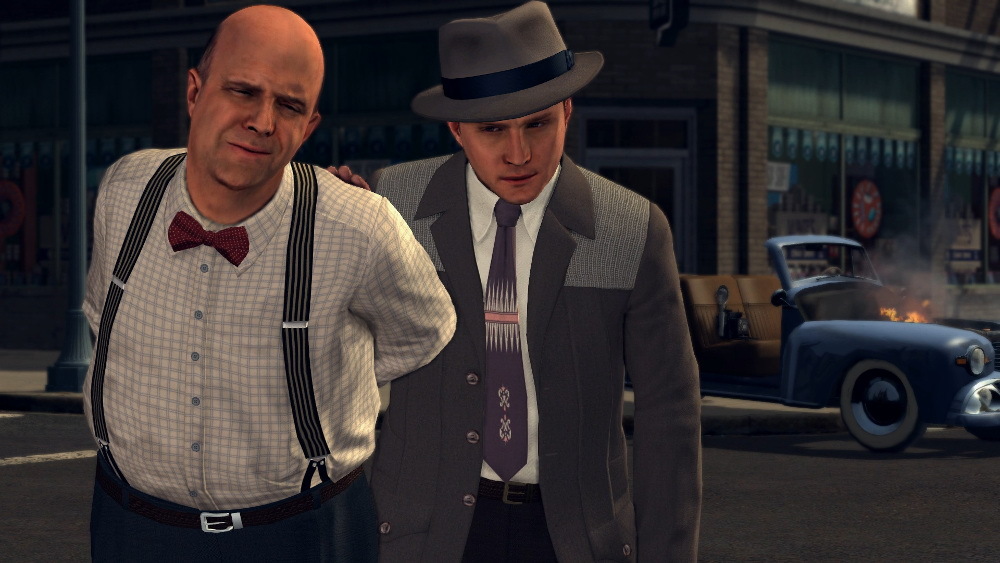 Both of them are amazing detective games in Mr. Kojima's unique storytelling, featuring real, alive characters (and incredibly funny dialogues at times). Policenauts is closer to my heart because of the buddy-cop theme, which Chicken Police also borrowed in the end. Actually it's Lethal Weapon in sci-fi version, and it's hard to come up with anything cooler than that...

Furthermore these games' gameplay is similar to what we created, with dialogues and interrogation being in the focus. Cult classics, that's true, but still undeservedly ignored. (REMASTER, anyone??) 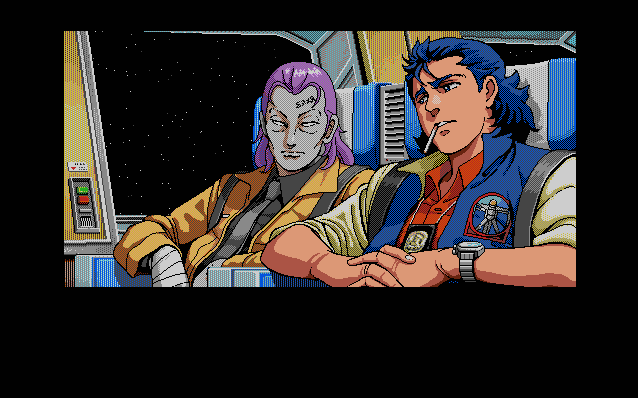 BLADE RUNNER – Do the androids dream of good videogames?

When I first saw it as a child, it made my brain explode (it still does even today, when I get back to it from time to time). It was a little bit of adventure and a little bit of action, and the "camera-photo" riddles were almost surreal, the like I've never seen again ever since. (If you know about something similar, tell me!)

It was a groundbreaking game! To be honest... I never finished it because of some sort of bug, but it was still an unforgettable experience. I also LOVE the original novel by Philip K. Dick, and the movie version is very close to my heart too, so it's a no brainer BR is in my top games. (and yes, Deckard was an andorid!) 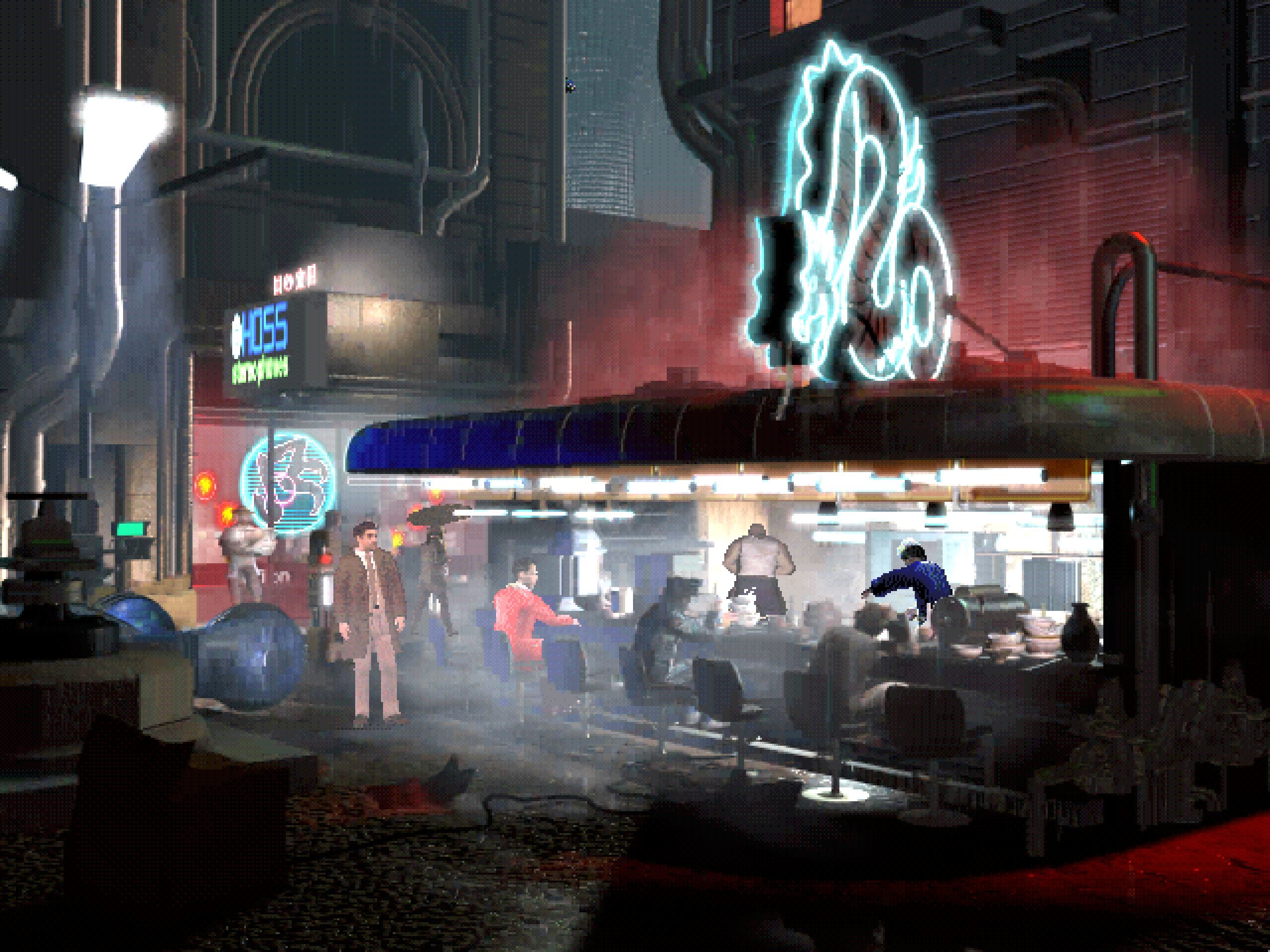 Another undeservedly ignored game. It masterfully twists the literary topoi of classic pulp-horror novels and their movie versions. Simply a forgotten masterpiece. I've completed it a thousand times, and - when I'll have time to play anything -, I'm sure I'm going to reach for it again.
"Previously on Alan Wake" I'm never going to get this sentence out of my head. 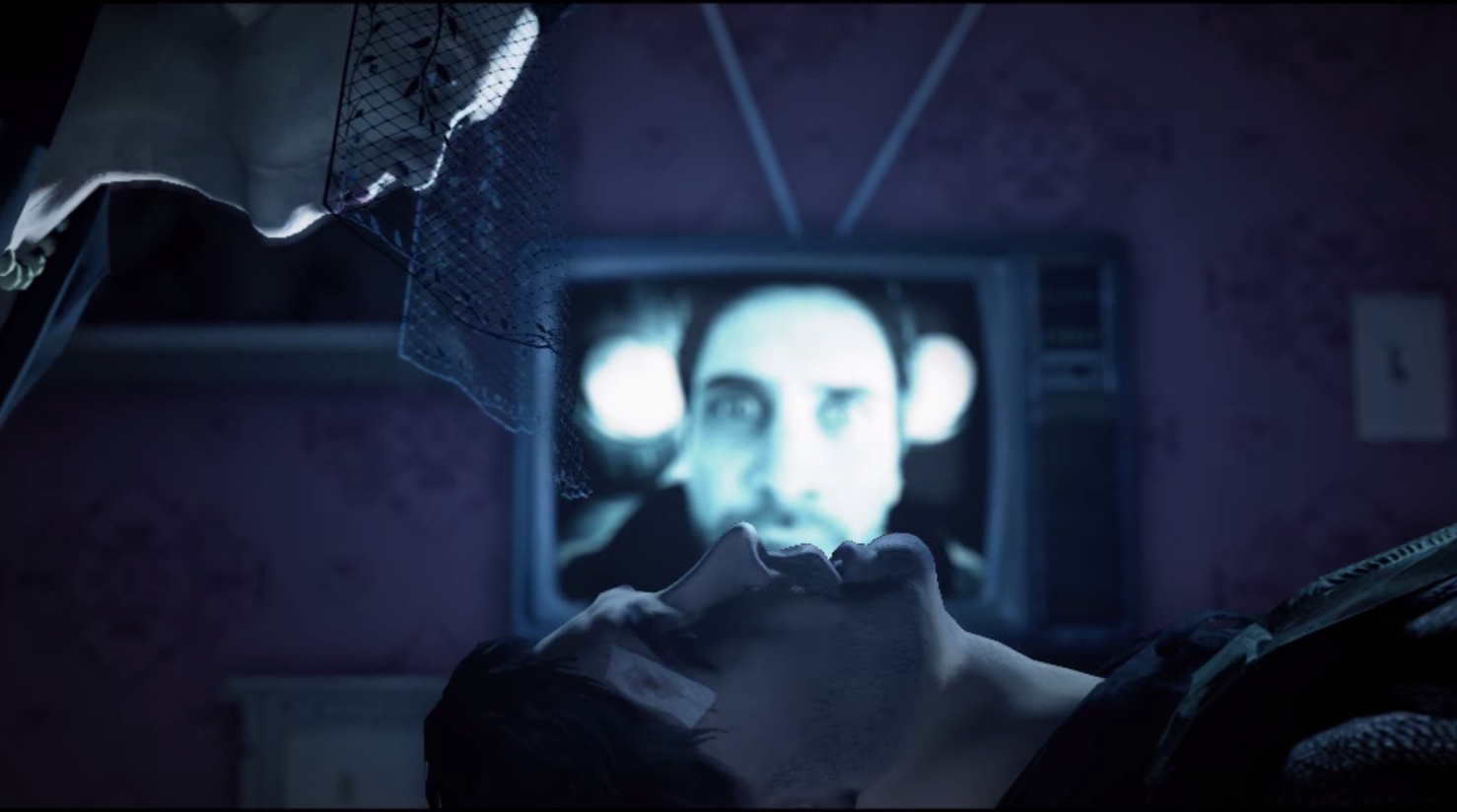 Shame or not, I've only run into this game in my adulthood. I started to play with it at the insistence of our programmer, Péter, and its humour, breakings of the fourth wall and the two main characters blew my mind.

I'm still trying to recover from it, with more or less success... (probably less) 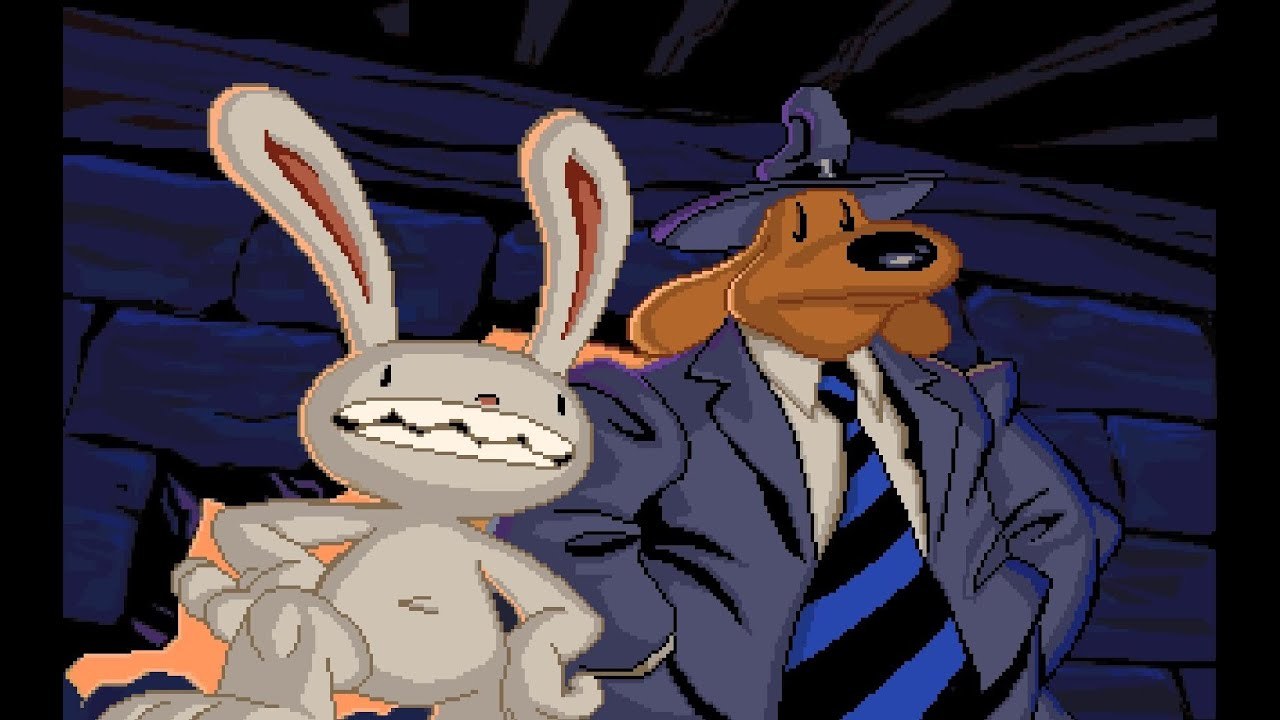 +1 BIOSHOCK - Would You Kindly?

There's Bioshock and there's everything else...Narrative design, writing, characters, setting, music, mood. Bioshock is one of a kind. Whatever game I'm working on or will be in the future, Bioshock will always affect me one way or another. I'll have to shake hands with Ken levine once. 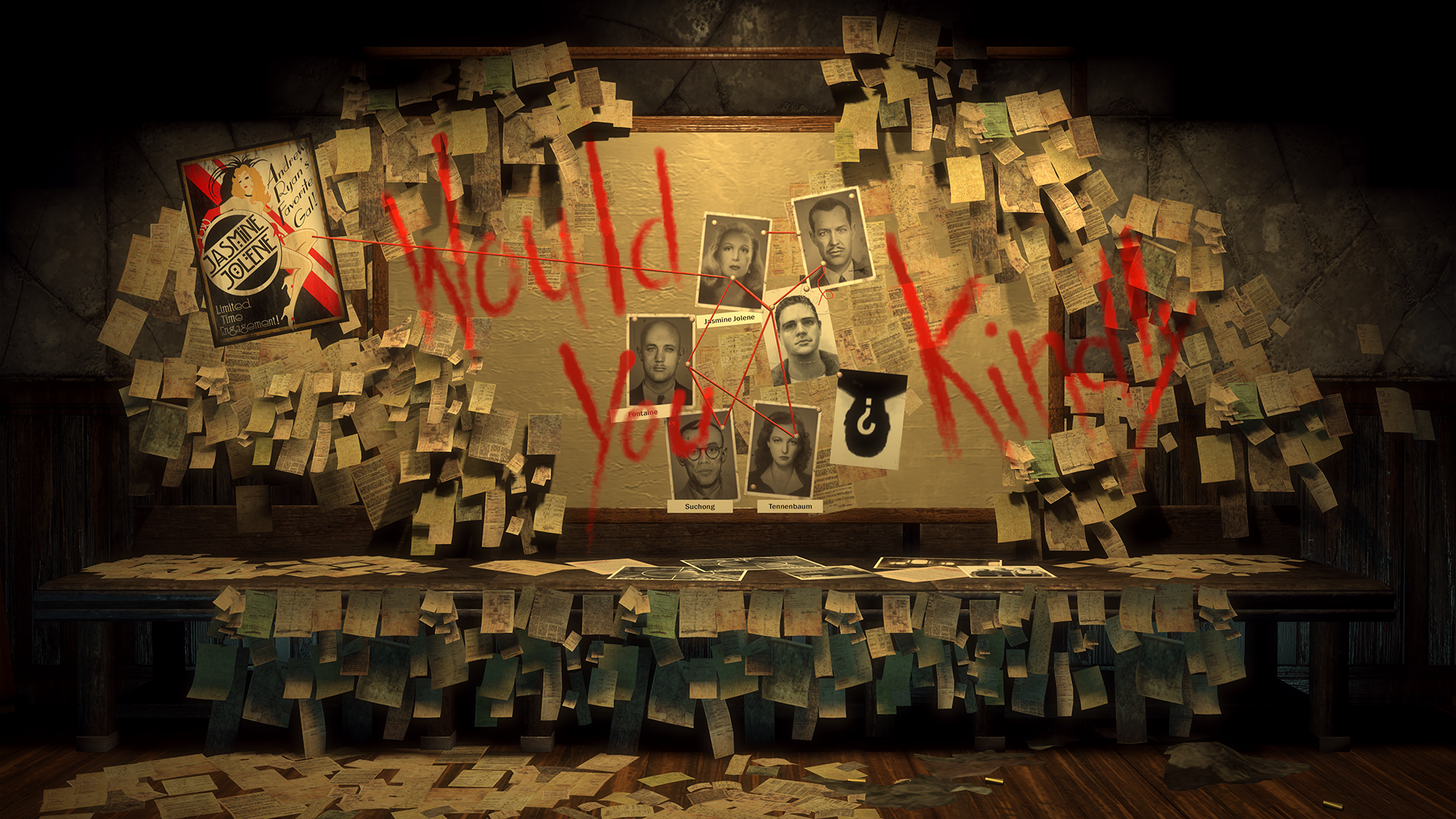 "Maybe the most important thing is that the mood and the atmosphere must be coherent. In creating narrative games, you must pay attention to a lot of things that the player maybe won't even notice (or will be affected only subconsciously), but all in all I believe everything stands on the characters, who we'll learn to love or hate in order to be breathing with them within the world they live in.

It all depends on whether you, the player, want to know, is the character have a life outside of the game? If the answer is yes, you, as a writer, did your job well. " 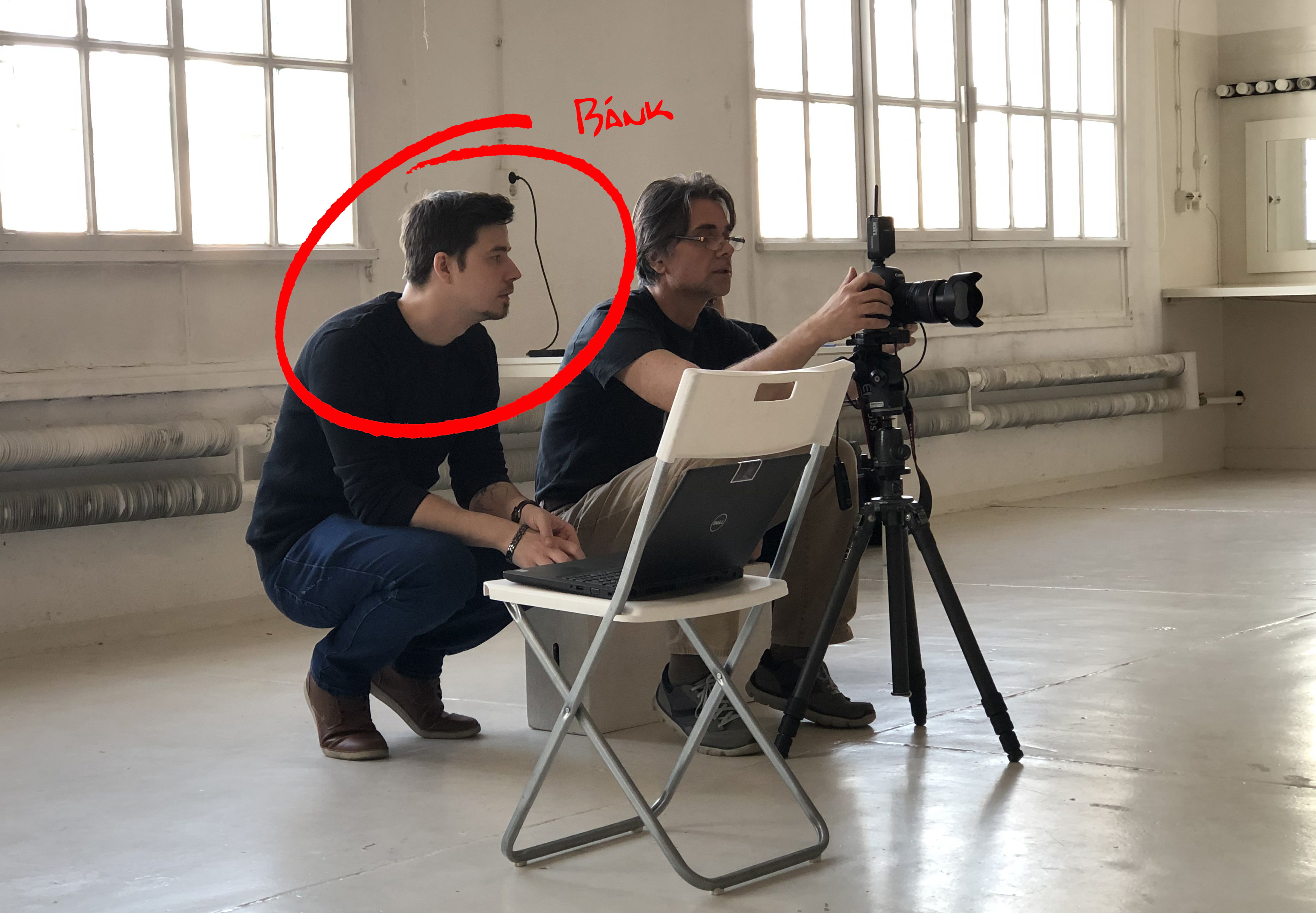 In a later developer diary post, Bánk will elaborate on how he builds his characters and their world, and even unveil his "top secret" character generation formula.

Until then we'll be back with lots and lots of exciting developer posts, soon for example we'll talk about character animation with our animator, Alex.

Stay tuned, folks and don't forget to spread the word: The Chicken Police is coming... ;) 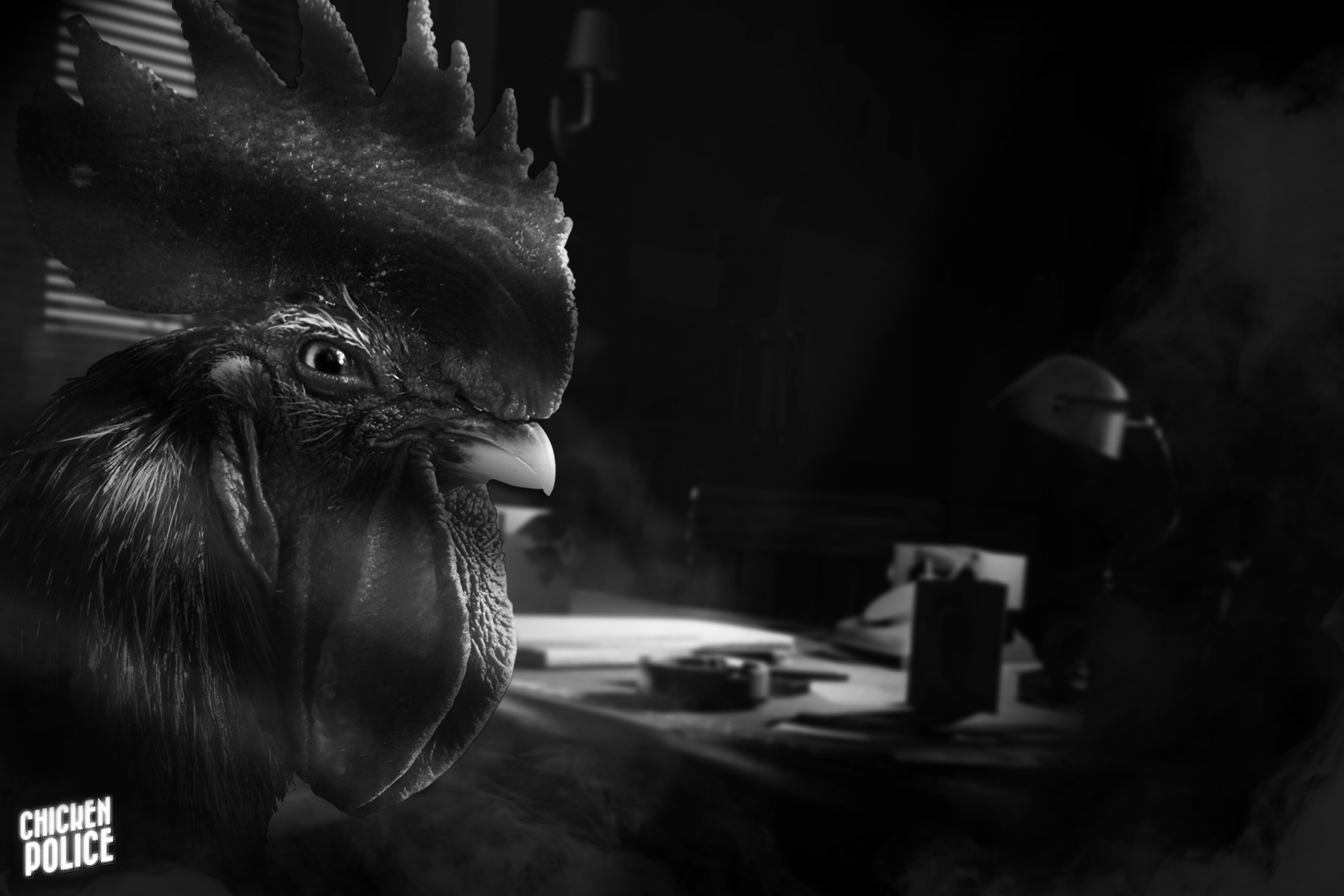