Post news RSS The burden of command on Black Talons

The choices the player will have to take when leading his mercenary unit. 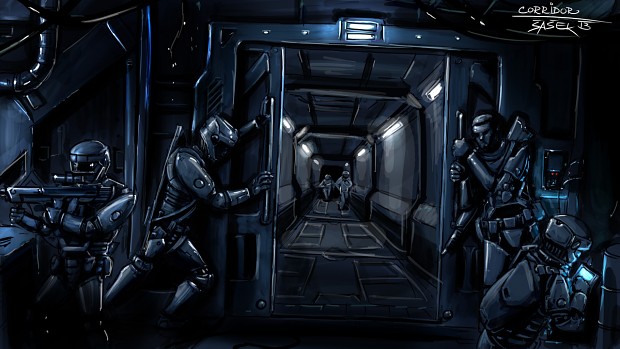 As the commander of a mercenary unit and its mobile base – the Battlecruiser – the player is constantly called to decide about different matters and courses of action.
The most direct is the decision of whom to attack, and whom to ally. This has an impact on the campaign, as the player not only earns new allies, he also earns new enemies. And these enemies can suddenly appear in the middle of a battle, helping the opposing side.

Besides this, the player will also have to decide about the action to take in other matters: conflicts aboard the ship, civilian rescue signals and other random events that might seem trivial, but that will surely affect your troops, supplies and the global campaign.

Some decisions will be easy to take, others will be harder.
The burden of command is not easy, and this is something that we want the player to feel when leading the Black Talons.

Still sounds as awesome as it did before!