Post news RSS The Bugz Update is Buzzing in! 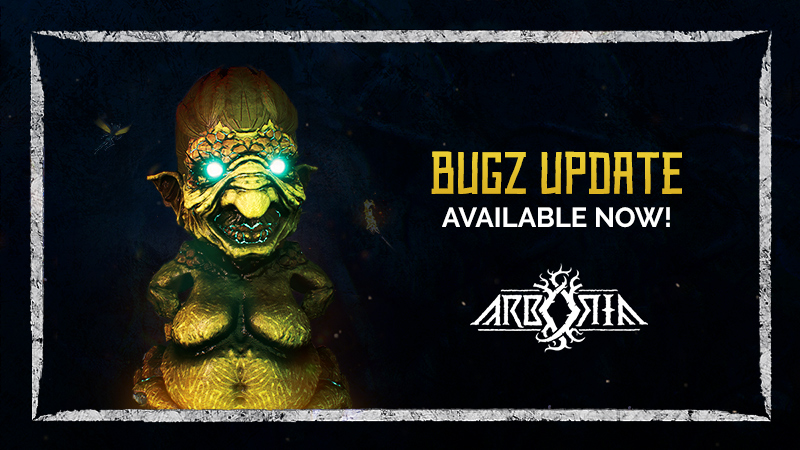 We’re introducing Arboria’s second major update, the Bugz Update, which introduces plenty of new features, such as symbionts, mutation, enemies, and much, much more. Now grab a potion, sit back while the update downloads, and check out the full patch notes

Smash and slice your way through Durnar with new deadly weapons. Each one encourages you to adopt a different combat style.

The force and strength of every blow makes an impact. Especially against opponents.
Slow but deadly, wide hammer swings crush enemies’ bones like toothpicks.

With blades on both sides of your arm, your enemies will never feel safe. Wreak havoc amongst the creatures of Durnar while spinning fiercely.

Spew a stream of energy at your enemies from a safe distance.

This drink causes Yotun’s speed to increase so much that everything around him appears to slow down as he shoots his enemies with lightning.

Die and be reborn… with new traits:

Just when you thought it couldn’t get any harder to survive in the dungeons of Durnar, new enemies have arrived to prove you wrong. Scorpen, Breeder, and Rampart will put all you’ve learned so far to the test. Maybe you should surprise them with your new weapons or invest in new passive bonuses?

Big Momma’s has reopened for clientele. Pay her a visit (and some Veri) to unlock Rata’s ultimate skills. 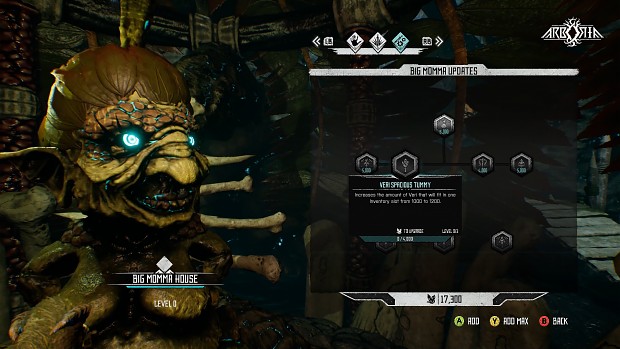 The Bugz Update is the second major update of multiple that we are releasing on a monthly basis. The third one - the Queens Fall Update is now looming on the horizon with a brand new biome, boss, enemies, symbiont, and more!

Soon after that, you can expect the Reptilz Update. Check the full development roadmap to find out what’s planned for the future: Arboria - Roadmap of Updates.

Have you played the new update yet? Head to the comments section, Steam Discussions, or Discord and let us know what you think!