Post news RSS The BTD developers’ diary, part 4: the variety of weapons in Beyond The Destiny

The Beyond The Destiny development team has completed the weapons development, both firearms and cold weaponry and is excited to tell you about the huge choice that a waits each player.

We thought long and hard about how to make a universal weapon that will suit all players with different preferences. In the end, we decided on a modular weapon system. This means that players can assemble their own rifle or pistol with the characteristics that they need and for the conditions of the new tasks which they find themselves thrown in by command. But the first weapons that appear in the game are a not rifles or pistols, but swords. 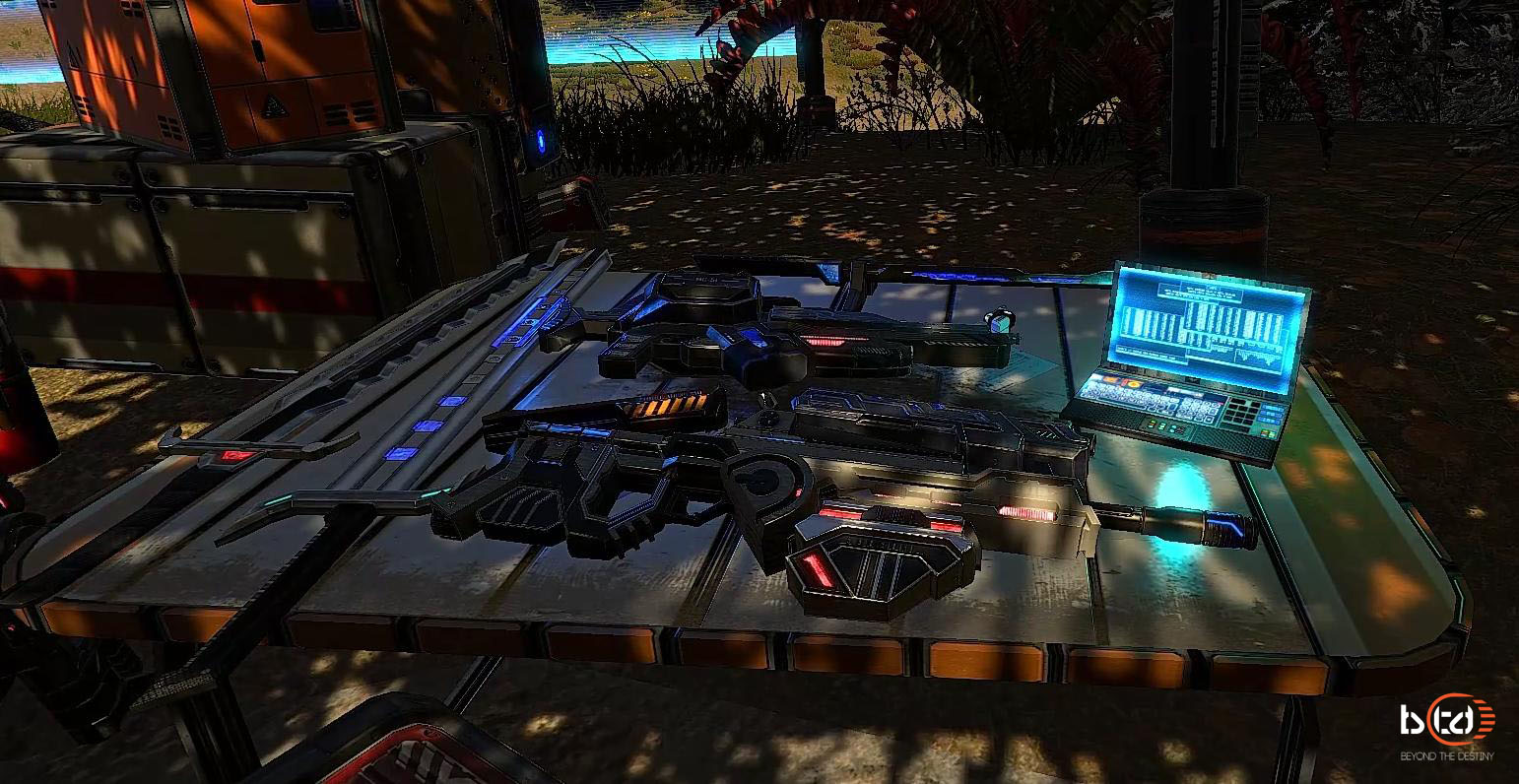 Historically, the first weapon at the "Kosuga-1" aerodrome were swords. After the explosion of the teleporter, the graphic drawings of themanufacturing tools of ranged weapons were lost. As a result, the expedition had to use any available means to defend the mselves against armies of monsters. In the end, after hours and weeks of work on perfecting the weapon, scientists created a model using Luxurite crystal. Later, an improved production method of ranged weapons was introduced, but there were still devotees to swords. 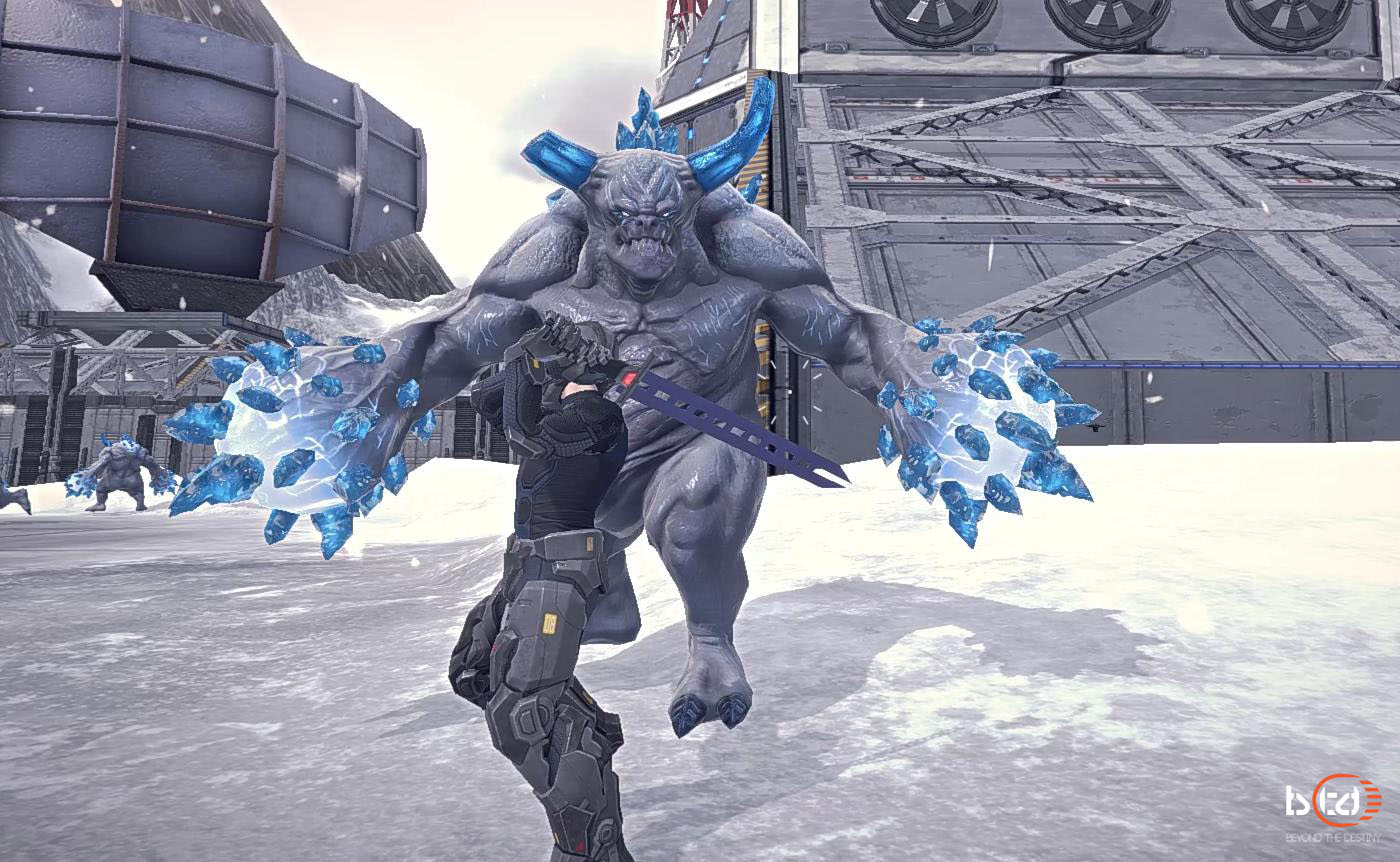 The cold weaponry device is made using built-in luxuriate batteries in the handle, which form a static energy field of a given length after passing through a few sections. Naturally, to increase the damage it could inflict, parts enclosed in different metal alloys were added. At the moment, the swords are made up of two parts: the charged handle with the built-in battery and the blade. 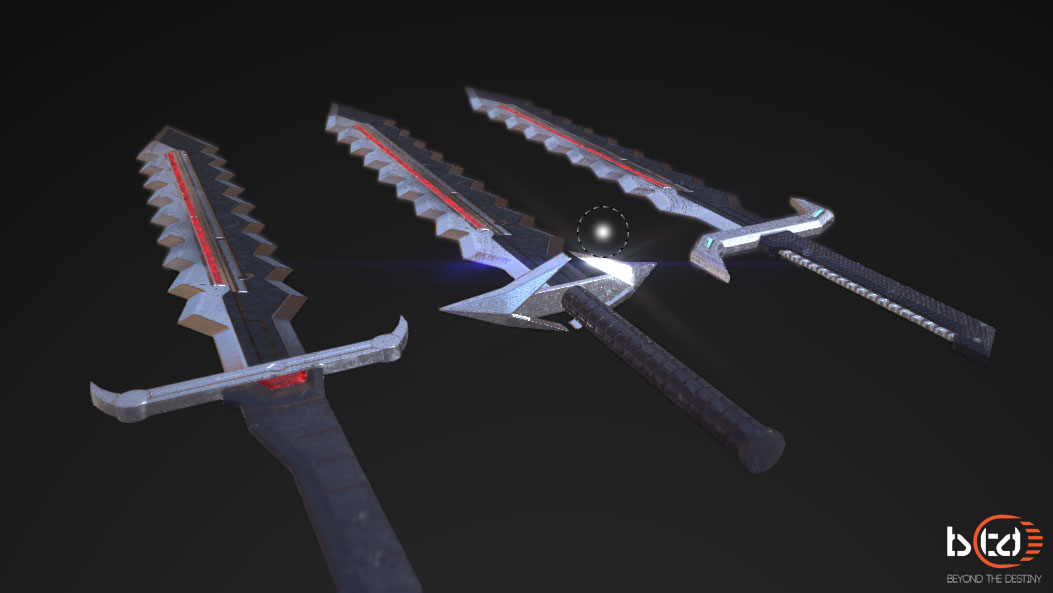 SwordHandle_Palladin has a classic straight handle with a boomerang-shaped crosspiece made of a lightweight version of iterbium with a double coating. It has a built-in battery (20mW), which provides several months of continuous operation of the energy field.

SwordBlade_ Palladin- has a direct dagger blade made of an alloy of iterbium and protactinium with two carvings under the energy field.

SwordHandle_ElecktroShok_Animals– the handle of this model has a unique elegant diamond-shaped crosspiece made of an alloy of protactinium and iterbium. The main part is made of lightweight protactinium with a triple coating. Its built-in battery is designed to provide 25mW.

SwordBlade_ ElecktroShok_Animalsis made from combining two dagger blades from protactinium with a as esquialter-sharpening that is interconnected by iterbium squares that are engraved. The connection point has an engraving under the electric field.

SwordHandle_Cromvel – the futuristic design of this model’s handle is made of protactinium with a double coating. It is not only stylish, but also a durable part of the sword. Its built-in battery is designed to provide 35mW. According to the designers, it will serve you for years

SwordBlade_Cromvel – the fang-shaped dagger blade of this model is made of an alloy of protactinium and Californium. In the center, there is a recess covered with bezoarium to increase the damage that can be inflicted by the energy field. 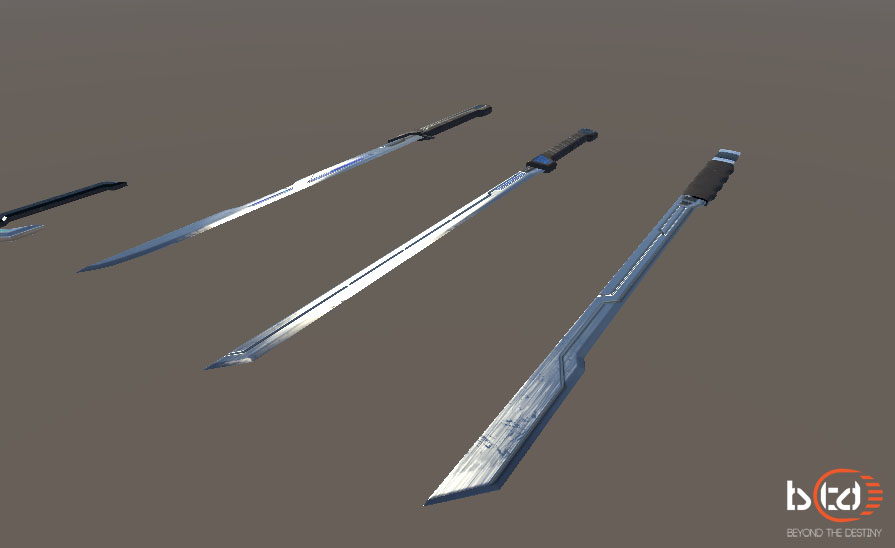 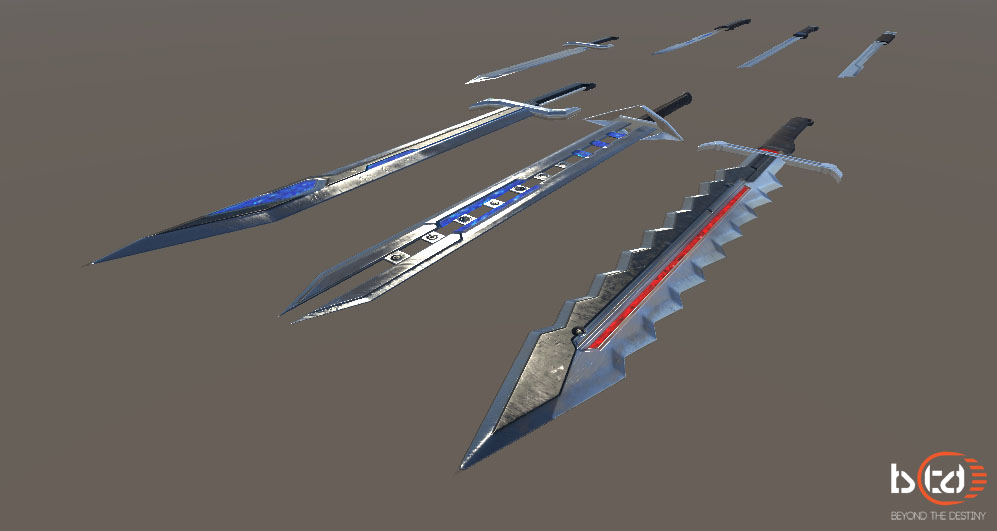 In the next part of the BTD developers’ diary, we will tell you about laser assault rifle LMR-155 "Inquisitor".

But as a parting gift of this part of the BTD developers’ diary, we offer you a small fly-through of the finished mini-location, the "Star Cluster" bar. This is where the cadets will get trained and be given the first tasks from the command.

Now you know a little more about BTD in time for the imminent launch of the alpha testing session. Follow us on VKontakte, Facebook, Twitter and Instagram and you will be kept up to date on all events.