Post news RSS The Bonds That Tie Us Together

Today’s post will go more into detail of how Shawn’s relationship to other characters influence the game.

Today’s post will go more into detail of how Shawn’s relationship to other characters influence the game. 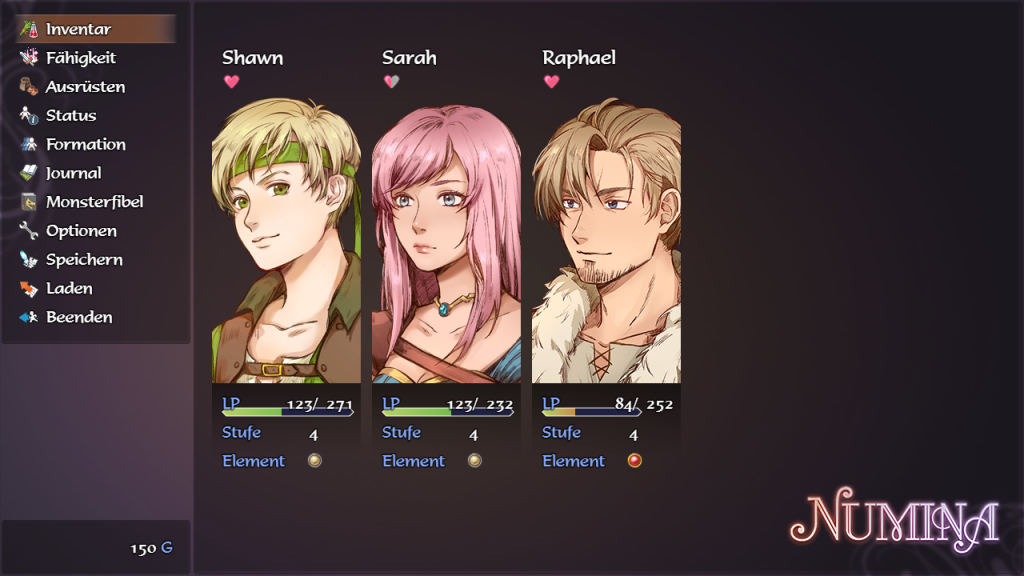 The new menu displays your current relationship level. The more hearts a character has, the closer you are!

Numina’s story revolves around the relationship of its main cast. This involves you and your special connection to Shawn through the 4th wall. But also how Shawn gets along with the other party members.

This is influenced by the decisions you face in the game. Shawn often gets into situations where he needs to decide on what to do. And you’re right there to sway in! 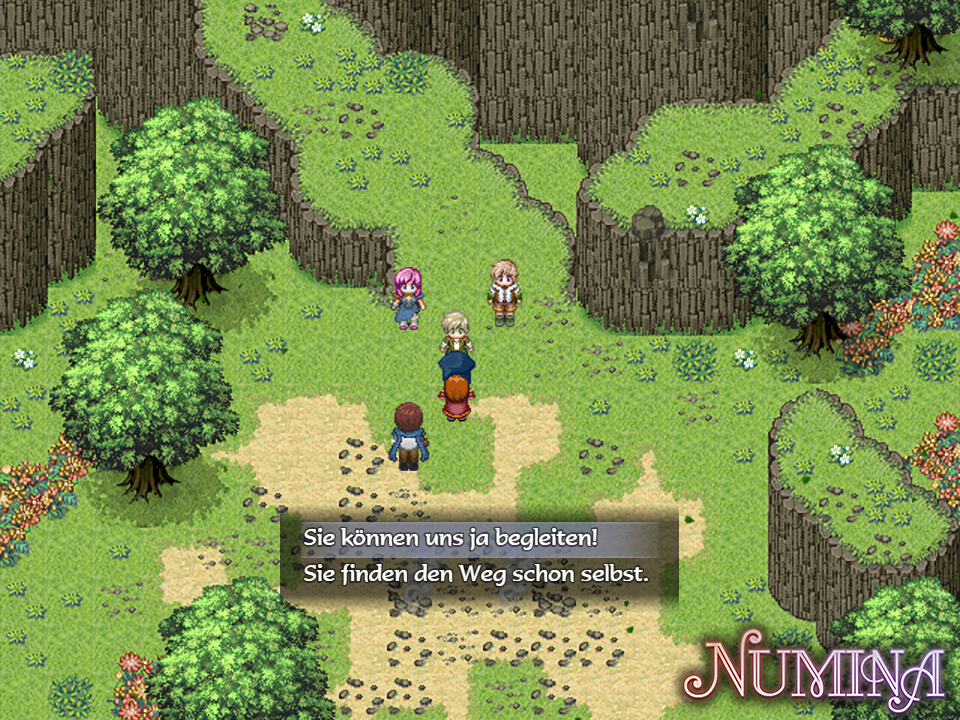 The player can tell Shawn to let Cassandra accompany the party. If Shawn refuses Cassandra’s first impression of him will suffer a bit.

Good relationships to other party members unlocks new story routes. For example: If Shawn often sides with Cassandra, you’ll get to play a special character arc in the 2nd chapter. Similar to loyalty missions from games like Mass Effect 2. 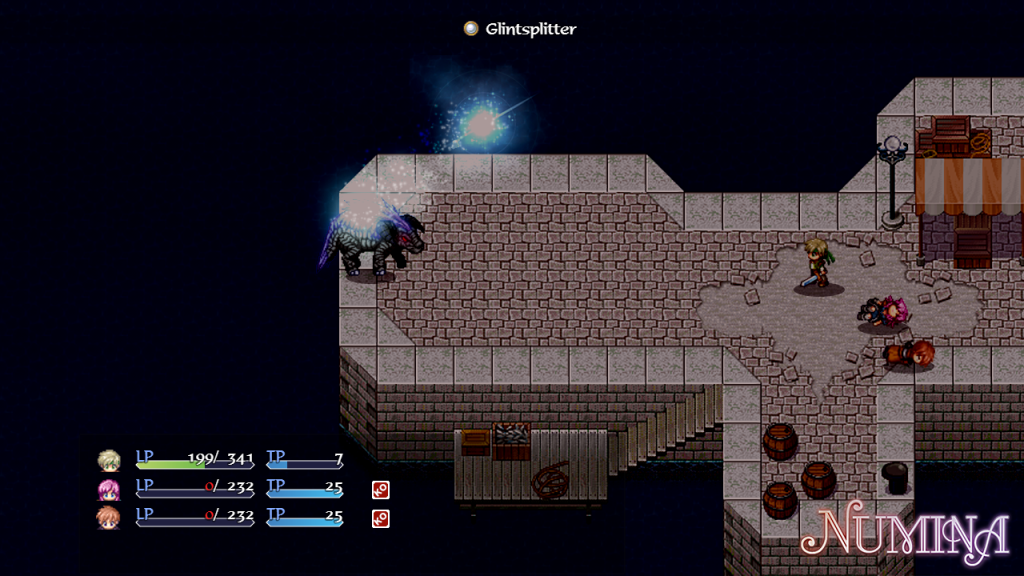 Some skills get stronger, the stronger your relationship with the character is!

But your relationship also influences battle! You can unlock skills for each character that get stronger, the better relationship with Shawn is.

I hope you’re looking forward interacting with the cast and discovering your favorite character to deepen your connection with! :) Hearing about people’s favorite character was always a huge joy for me. So I can’t wait to read your reactions for the next release! So please stay tuned for future updates!