All the new stuff from this past week and the first thoughts on Early Access. Please read and support if you are one of the interested ones ;)

This was quite a long and fruitful week of TBM development. As usual, I’m a bit lazy to update this blog, so if you want to keep in touch more regularly and see all the new stuff as it comes out, better to connect to the devlog on tigsource, indiedb or steamconcepts.

I created a playlist on my youtube account dedicated to TBM dev videos, and right now you can watch a bunch of them, where I demo and explain all the new features that got added and a few other ideas about TBM. Watch them all to catch up on the news! They are all only 4-6min long.

I’ve been receiving great feedback from several people, and many have shown interest in playing with the game right now, just to use the sandbox mode, even if there are no levels to play yet. This is my official reply: 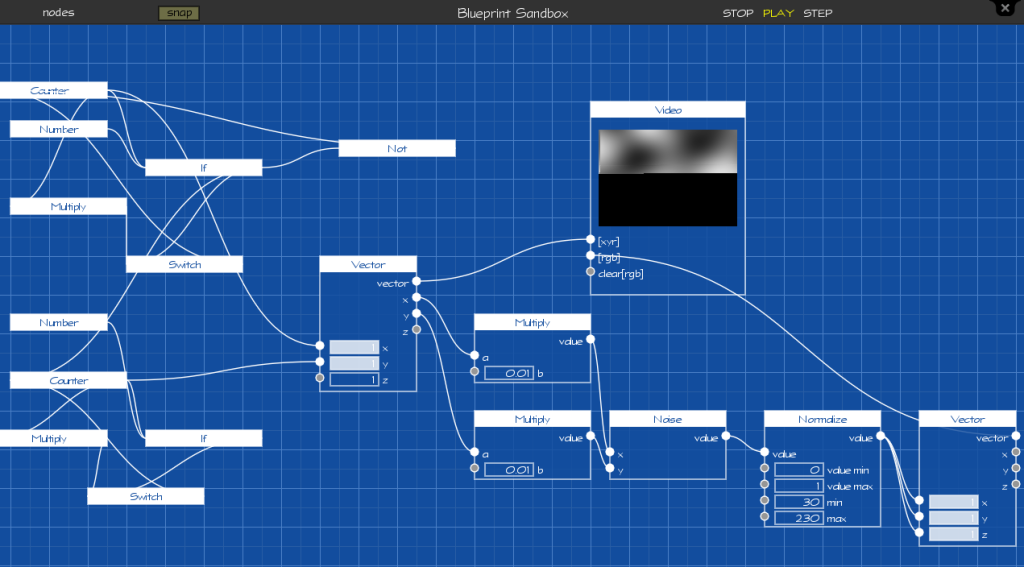 TBM will feature (at least) 25 unique levels, that will demand you to use different skills (creativity, logic, math) in order to progress through the game. Apart from this main “campaign” mode, you will have access to a Sandbox where you can just build and play with blueprints (some of which you can save and re-use in the game’s levels in order to aid your progress).

Although the sandbox mode is around 80% completion, the game itself is about 10%. I’d also like to point out that TBM will be a paid game (my estimate of price is around the 10$ tier). Release date should be Spring 2016.

Having said that, I do consider a possibility of opening up Early Access to TBM as that would give you the opportunity to play with the Sandbox mode, and to play the levels as they get done. It would also help me as well, as I would get the chance to receive valuable feedback from players and, who knows, more interesting ideas to take in the game.

As a reward, the Early Access adopters would have access to the game at a huge discount (maybe 70%).

But doing an Early Access also demands more work and time from me, to prepare it, to create a tiny closed community, a way to give regular builds to players, etc. For now, I need to understand if there is really a sufficient amount of players interested in such a thing. So, if you are, I would request you to show your interest in become an early access adopter (either in IndieDB, Steam or other).