Devlog #3 of The Sixth Sun! The game mixes ancient Aztec mythology with the return of the retro first-person shooter genre in a frenetic action game following the biblical fight between one holy warrior and fake Gods from the stars.

Today we´re gonna talk about the art process for this awesome game!

Give us your support by commenting in the end if you like it!

For the art devlogs we're going to try to walk you through every step of the artistic process for the game’s visuals. In this one we will start with our first line of thought and what we started doing in artistic terms.

From there, we go on, to each theme in specific and show concepts and much more so stay tuned!

SETTING THE LINE OF THOUGHT

So… We started with some research for the principal themes of the game such as the Aztec culture, the ambience, first-person shooters and how the art is implemented there, and the kind of mood and how it can we make it the best product for our players. With so much research and information we had to select what we thought was best suited to the type of game we were creating, and for this we made several mood-boards.

The game takes place in the height of Aztec civilization, while it’s being affected by an apocalyptic event.

The player will be exploring sacred ritualistic pyramids dedicated to the gods of the cardinal directions. The game world will have 2 “areas”:

-An area with vegetation and ruins. There are occasional boulders and ruins that allow for the player to initiate verticality to reach flying foes and use the “crowdrunning” gameplay mechanic, with player having to use the open spaces to control the hordes and an area mostly covered from the sky, not allowing for free use of the “thunder strike“ ability and creating a more high risk and challenging experience where they must use the closed environment’s verticality to be more effective with their ammunition.

Here we set de mood for our concept with some concept art, inspiring us a lot from space to color palette. 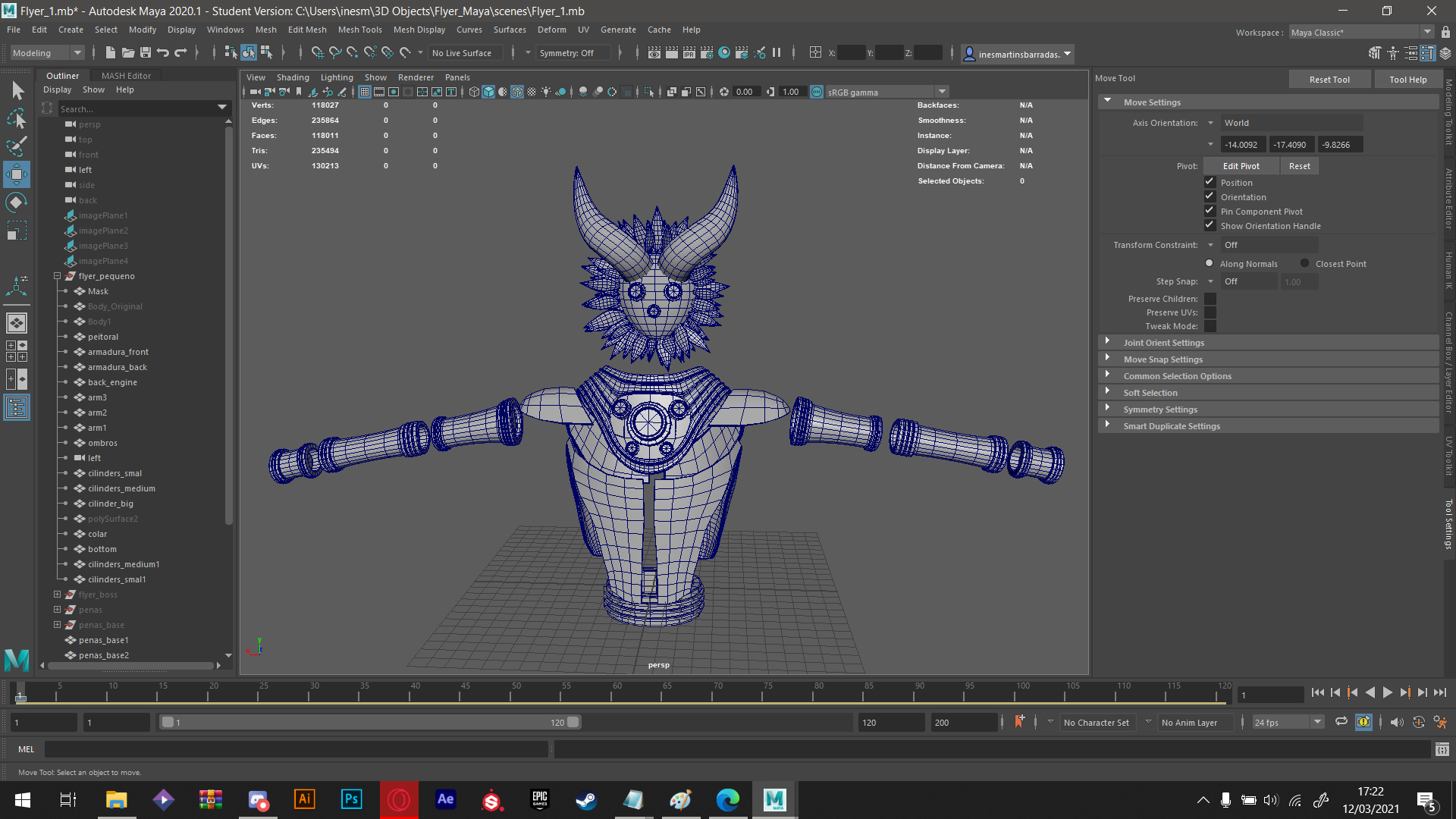 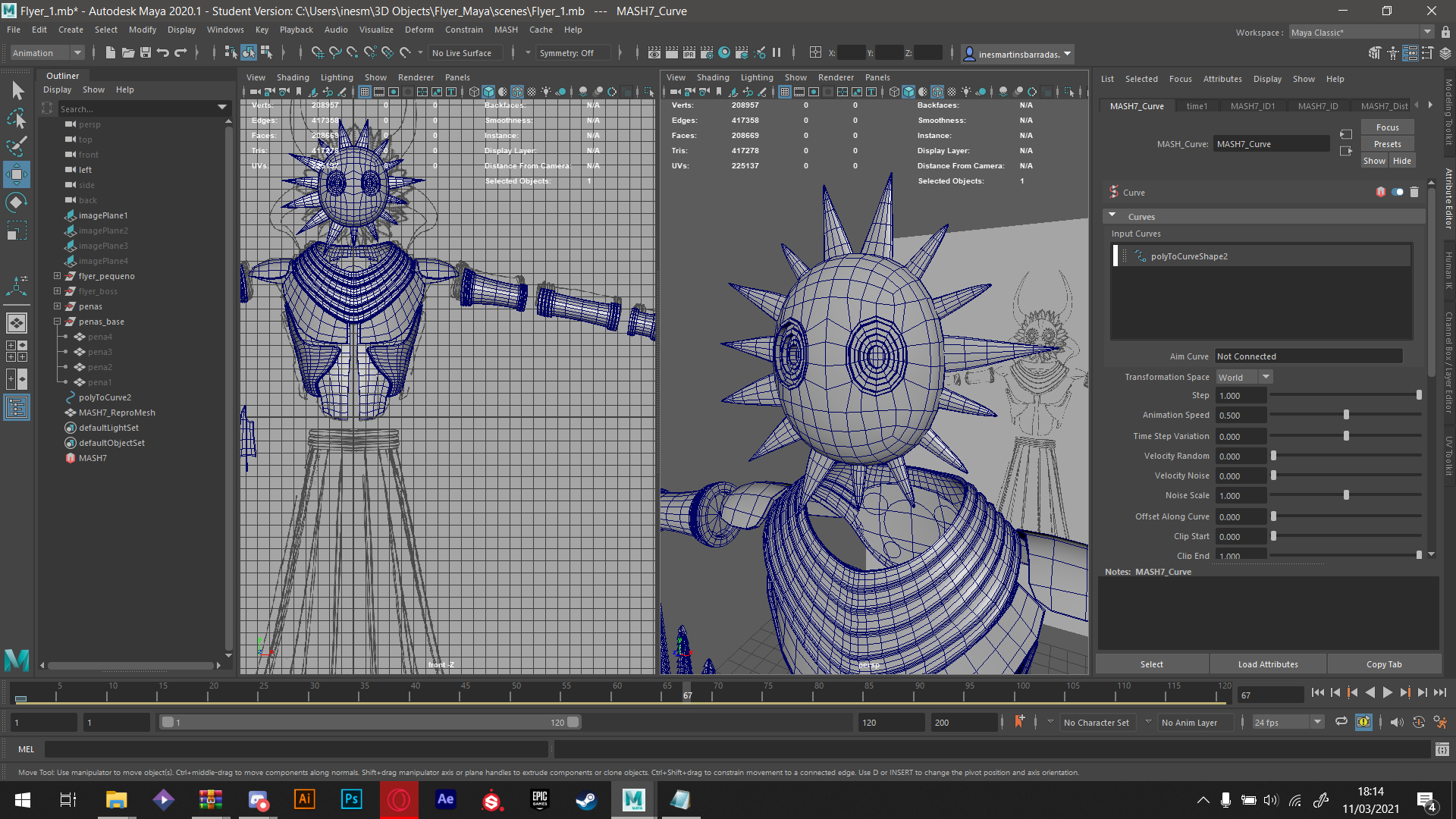 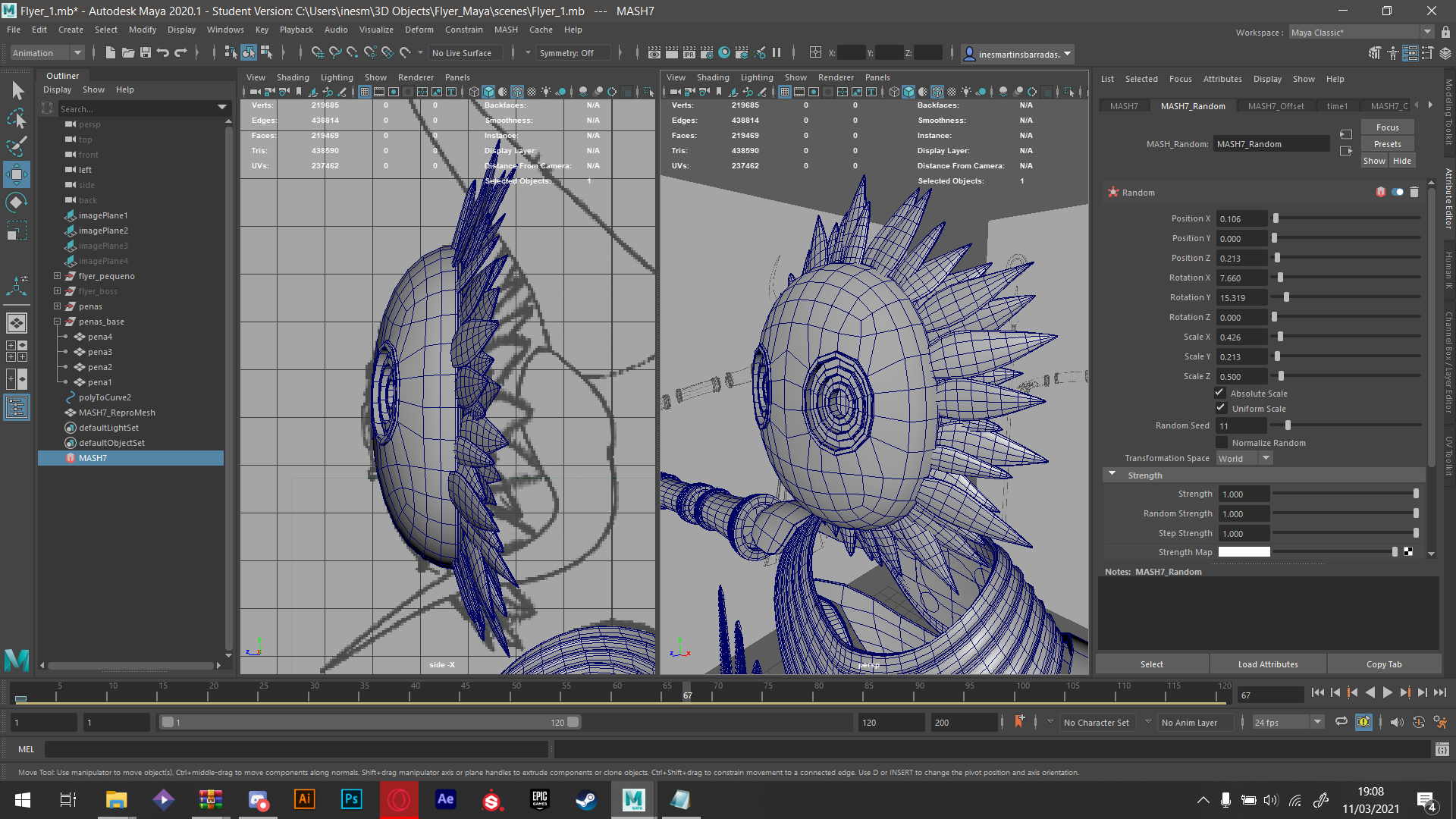 An Aztec warrior accepted by the gods and tasked with striking down the god of night and preventing the apocalypse. This character is a warrior with a great bearing, who has always been taught that war is the only way. For the main character, though never physically appearing in-game, we did extensive research regarding its artistic and psychological aspects. For this reason we researched the visual style of the character, especially in clothing, weapons and culture so we could understand the Aztec culture better.

At a first approach we conducted a more conceptual and fantasy centric research to give us less traditional foundations from which to work from, after this we found more historical concepts. After this research we can draw inspiration from these 2 approaches to create richer character.

This character is a monster/ghost with an ascetic reference mainly in the mask he carries. It floats and is quite aggressive. The Flying enemy has its aesthetics conceived from joining the two opposite visual themes of Aztec and Technology. The objective for the concept of this enemy is based heavily on the designs of the movie Atlantis: The lost Empire, principally in the mixture of high technology with an archaic and nature based people, much like the aztec one.

The monster's mask will be heavily inspired in tradition Aztec masks and paintings but with the inclusion of light blue LEDs to, once more, show its more technological side.

This character is a monster hybrid with human and jaguar characteristics. With medium height (slightly shorter than the player), jaws and jaguar skin. The Jaguar enemy doesn't have a finalized shape, our first approach to this monster is create a human-jaguar hybrid. The structure of the body will depend a lot from the following concepts, but the body will feature a pattern similar to jaguar fur.

The feathers, large stature and fur pattern of the character are its most defining visual characteristics, so we focused our research on these concepts and found some examples that would be inspiring.

For the game cinematics we decided to tell the game's backstory and epilogue using a 2D art style.

Our initial inspirations were the 2D cinematics from “The Witcher 3: Wild Hunt” (CD Projekt RED, 2015) with their strong aesthetic, but, upon further research we found several art styles that would fit better with our Aztec theme. From perfect lines to graffiti like drawings, it will be a decision made based on how our experience and game concept evolve. But for a starting approach we'll take inspiration from the next images, creating our own version and visual style.

We hope you enjoyed this sneak peek behind the scenes! We are always open to new ideas,

so let us know yours and, if you want, discuss how you start the art of your games!

Love how the art process is being demonstrated. Keep going!!!

Thank you for your feedback and we will!! We also will keep updates on significant milestones in the game's developments also as articles, but for more frequent small updates you can check out our twitter @bottomtext_dev at: Twitter.com

Thank you for your interest in this process, we have so much more to show you so if you want you can see our updates on daily basis in our twitter @bottomtext_dev at: Twitter.com

Thank you for your love! We have so much more to show you so if you want you can see our updates on our twitter @bottomtext_dev at: Twitter.com

This is very good!

Thank you, your opinion is very important to us! We have so much more to show you so if you want you can see our updates on our twitter @bottomtext_dev at: Twitter.com

Love the concept its pretty cool :D love it