Post news RSS Teresa Moontyners - In the lair of the beast

Teresa Moontyners In the lair of the beast, is born from the desire to independently create a video game that can, in its own small way, bring back the memories of the 80s and 90s, when the first point-and-click graphic adventures were released.

Teresa Moontyners In the lair of the beast, is born from the desire to independently create a video game that can, in its own small way, bring back the memories of the 80s and 90s, when the first point-and-click graphic adventures were released.
Entire afternoons spent with friends in front of a monitor, trying to get to the next scene of the game; being amazed and pleasantly surprised when our hero turned to us to indicate what would be the best solution to face, or to scold us for an action performed. Finally facing puzzles that seemed impossible, and once solved understanding that it was really the only way to do it.
Equipped with a sufficient knowledge of the three-dimensional modelling program Blender3D, we started to create the main character, Teresa and a couple of environment assets, and to import them in Unity engine, making the first experiments. 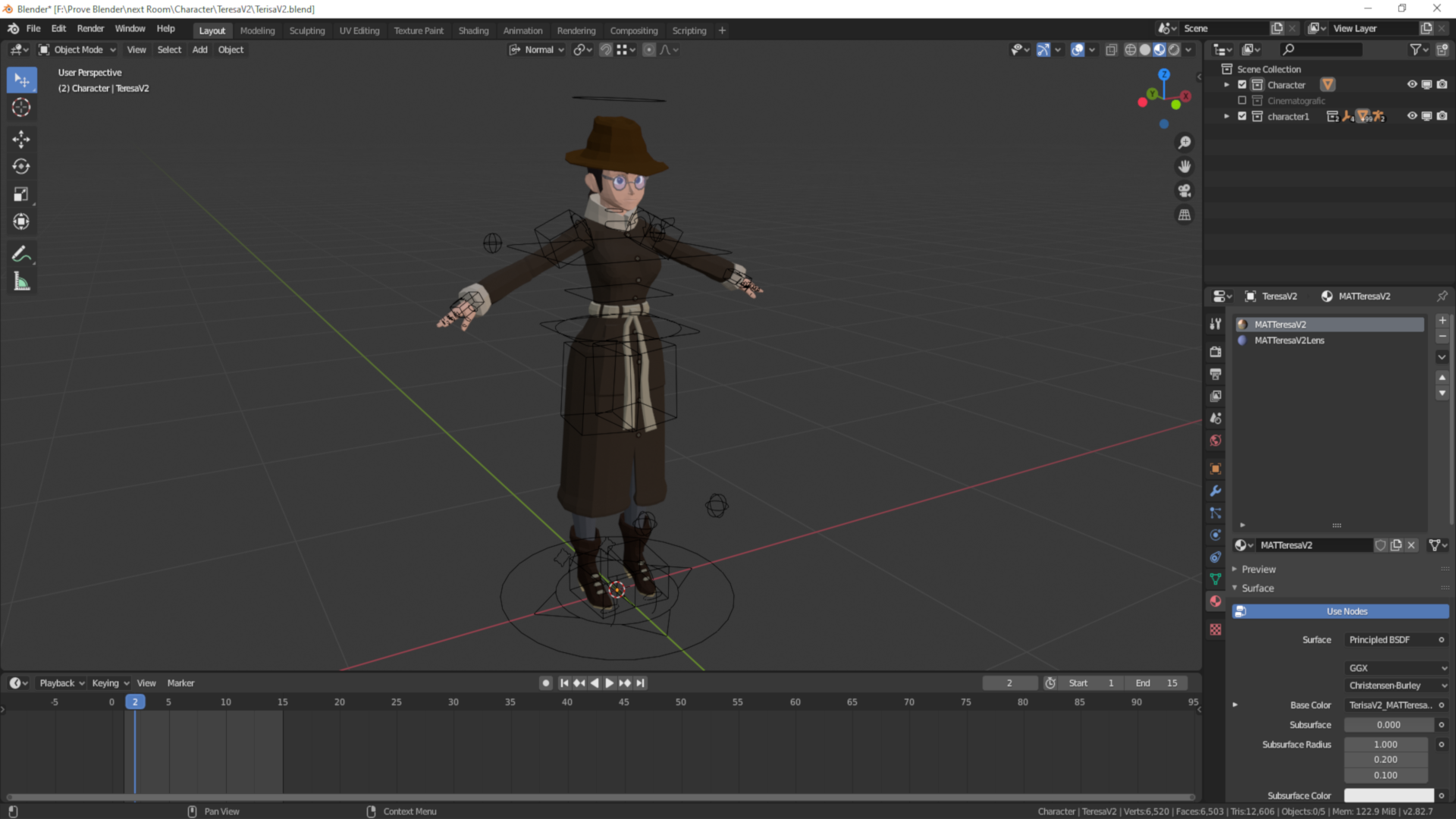 To develop the adventure, we started some tests with a Unity tool called Adventure Creator, which gives the possibility to develop adventures in 2D, 2.5D and 3D, without necessarily knowing how to write code. Everything is done through visual programming that you can easily learn after a few days of experiments.
After a few weeks of testing, we realised that it’s possible to create a video game. The point is not to create a triple-A game or one with extraordinary graphics, but seeing it growing day by day, tackling the problems that arise. A thing that brings that satisfaction you feel when you finally see it working and you think to yourself “this is what I've done”. 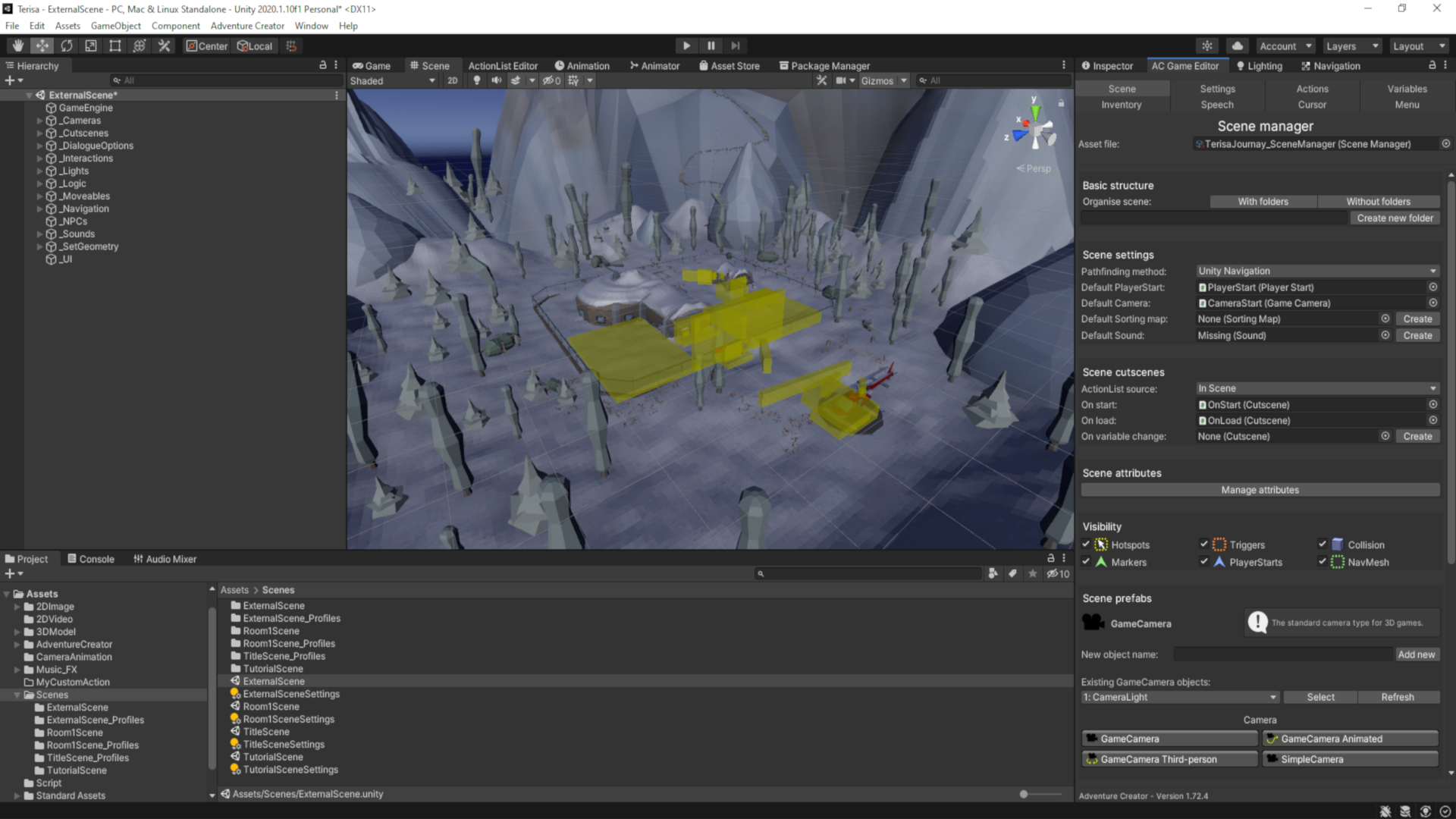 Regarding the music, we relied on a thorough online search for free licensed tunes, while the sound effects were chosen and edited using Audacity to bring them all up to the same volume level and make them compatible with the game.
At this time we have come to finish the game intro, a full-working demo lasting about 30 minutes during which the player will be taken through a tutorial on the basics of the gameplay and will then be catapulted into the first act, which introduces characters and story. 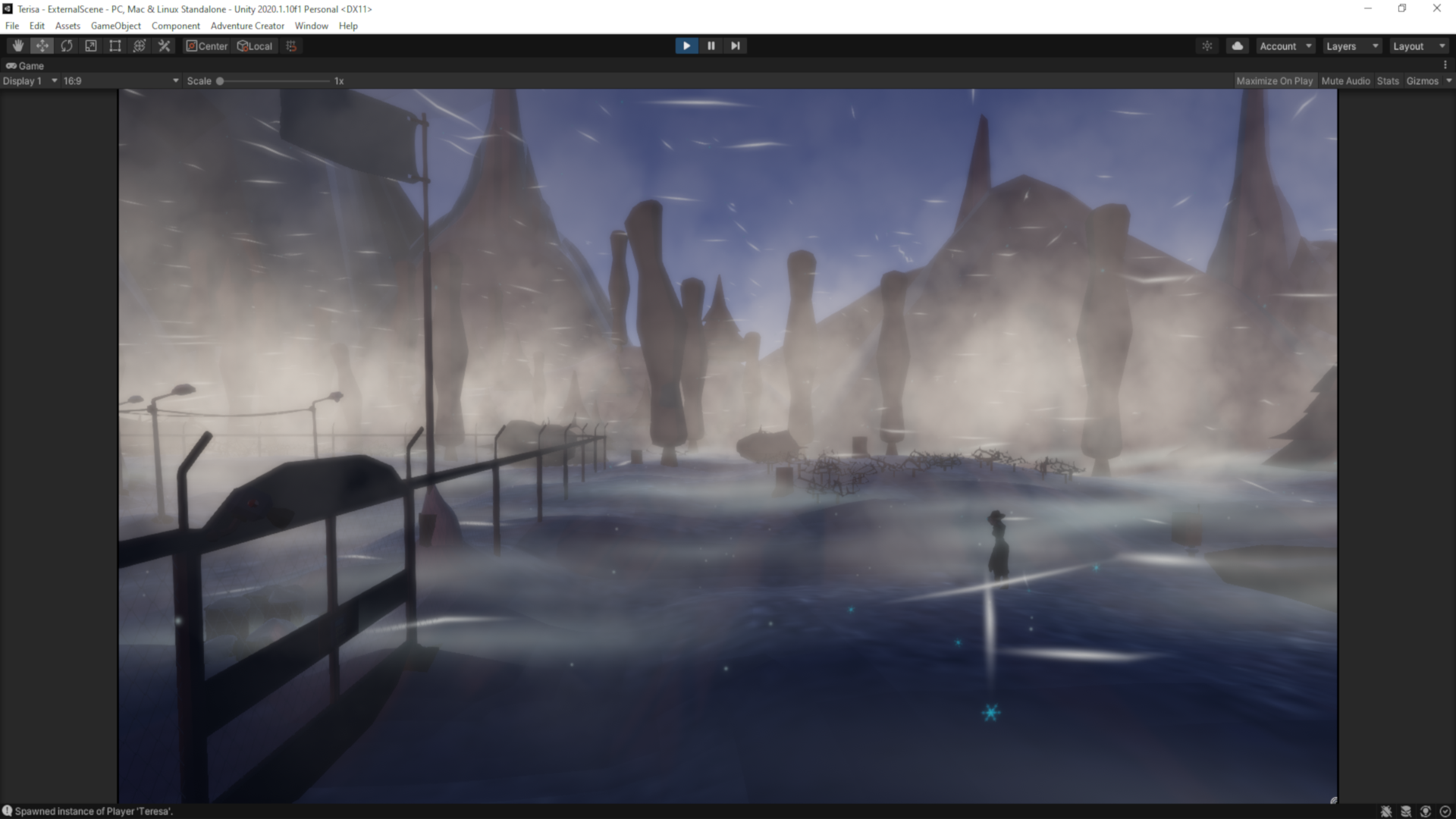 The game is developed in Italian, and "temporarily" translated through online translators in 4 languages English, French, Spanish and German. We are aware of the fact that these translations are not entirely correct and certainly will make many people smile, but at least they can make the sense of the story.
We are very proud to have made it this far, we realise that we still have a lot of work to do and a lot of changes to make, but we can assure you that playing this first part of the game and finishing it, will bring to you an original story and some light-hearted moments.
We hope you will enjoy playing this adventure and we remain at your disposal for any advice or criticism you may wish to give us.
Enjoy the game
the 1Monkey2Brains team