This is a technical article. If you're looking to make your own little brawler or just interested in how exactly the combat in Megabyte Punch works, this is for you.

As you may know, Megabyte Punch is a smash-like game. As in, similarly to Super Smash Bros. series, it uses a damage system that increases knockback instead of plain ol' health bars that kill you off when depleted. Despite being a lot fun and very dynamic, the system hasn't really seen much use beyond companies looking to cash in on their vast amount of franchises. They don't normally build upon the system and probably think the popularity of the featured characters will sell the game (and they probably do). But we're not looking for that today, we're looking to make a fun game first and foremost.

In this article I'll explain how I implemented combat (specifically hits) in Megabyte Punch. It doesn't really assume the reader to have any knowledge of making games. Feel free to use this approach, create your own variation or maybe even improve on it. 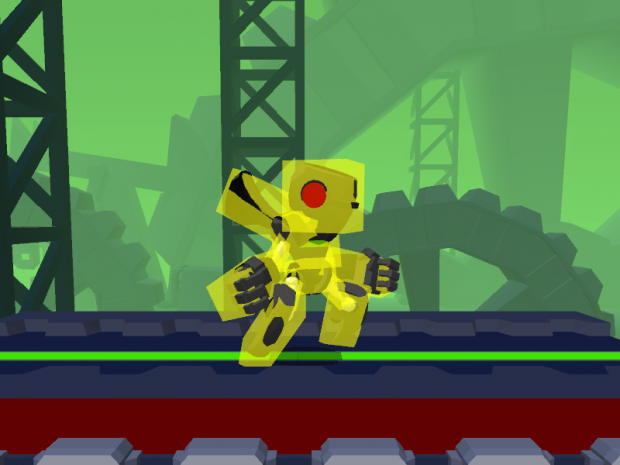 To start off, we have hurtboxes and hitboxes. Hurtboxes indicate the volume where a fighter can get hit. For a hit to happen, the hitbox spawned by an attack must intersect with the hurtbox of an opponent. Hurtboxes can be shapes fit around the limbs of a fighter or maybe just a single square around the whole character. Both types are invisible, however, the more it fits the visual layer of the game, the more clear and fair it is to players. 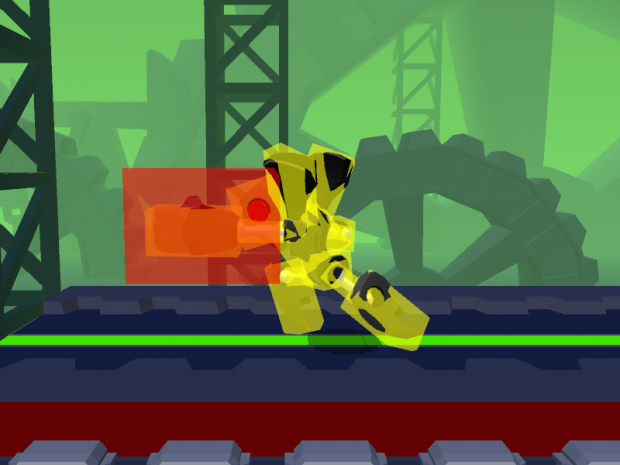 Hitboxes are spawned by attacks. Heavily simplified, attacks have these attributes:
- attack animation //which animation to use
- duration //how long the attack should take
- hitbox //which hitbox to spawn
- hitbox position //the position to spawn the hitbox relative to the fighter's center
- hitbox spawn time //when to spawn said hitbox

Now, why the duration? Doesn't the animation already have a duration? Yes, it's optional, but it's nice to be able to tweak the exact duration without messing with the animation itself. This is easily done by setting the playback speed of your animation to it's original duration divided by the new duration. If you use this, you should also scale the spawn time of the hitbox similarly of course.

PROTIP: Give the animation of a powerful attack a relatively longer ending. This means that if you happen to miss it, you can get punished more easily, thus creating something known as a risk-reward tradeoff. Basically, it's fair and more exciting. 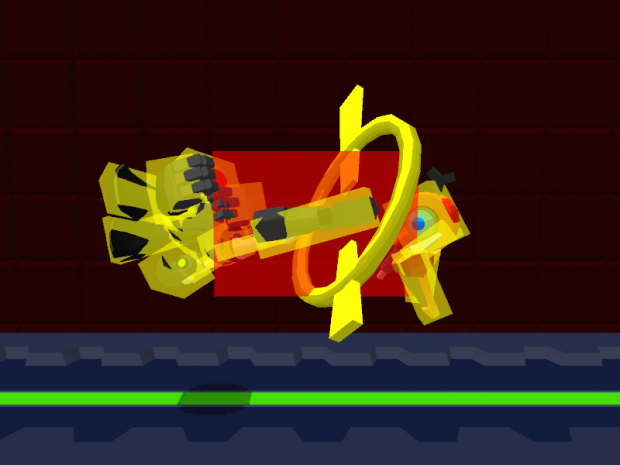 So we've spawned a hitbox and, miraculously, we hit something! We'll want a hit that sends our opponent flying. We use two attributes for that:
- hit power //the speed of the knockback
- hit angle //the direction at which the knockback occurs in degrees

First, we need to convert the angle to a direction with x and y components using the functions Sine and Cosine. Most libraries and engines already have these, often abbreviated to Sin and Cos (otherwise look them up). Do check if the functions want degrees or radians, if the latter, convert them by multiplying your angle by 180/PI. Feed your angle to Sin to get x and to Cos to get y, multiply both by the hit power. If you happen to be facing the other way, you can flip the x direction by multiplying it with -1.

As you can see, I'm using hitDirection and hitVelocity as 2D points (vectors). How can a point in space be a direction? Don't we need two points for that? Yes, but we do in fact have two points if we count the zero position. Draw a line from (0, 0) to for example (0.5, 0.5) and we have a direction. Now, we set the victim's velocity to hitVelocity and watch him fly. 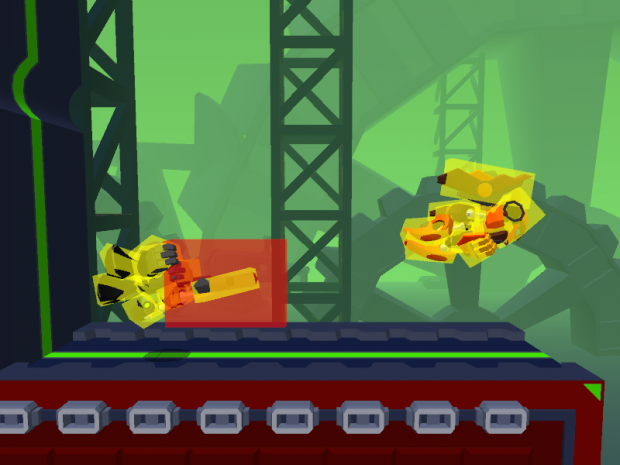 We're not there yet though. There is no damage given and the knockback doesn't scale up. So to the hitbox, we add some more attributes:
- damage //damage inflicted on hit
- hit scaling //how much the knockback scales up with damage

With these we can have different attacks scale up differently (like a small punch always giving the same knockback and a big punch have high scaling knockback). To get the velocity of the hit we can go:

Make sure to add the hitbox damage to the damage of the victim before calculating the velocity so the attack has maximum effect.

This is all very basic and there is a lot more to be looked into such as stun, hit freeze (also known as hit lag), projectiles, making sure hitboxes hit once and hitboxes that do knockback outward from their center. Nevertheless I hope you've enjoyed this and maybe even learned something new.

awesome new idea. You know how when two hurtboxes intersect, both attacks are miraculously cancelled? I can understand why it's done like this, because being able to hit each other (as you can see in the developer match vid on this site) kind of ruins the aerial combat. Still, having your attacks disappear when an enemy just so attacks you at the same moment, is kind of stupid-looking and anti-climatic. I've got this wild idea to solve it: power contests! When you hit an enemy at the same time he hits you (or when hurtboxes intersect), you'll be locked into direct contest of strength, i.e. mashing the attack button! (add epic slow-motion to your heart's content). the loser of the battle will take a massive hit & knockback (or perhaps an insta-death? that would be a cool reward for totally owning your foe in a in massive buttons). anyway, this would resolve the stupid attack-cancellation issue, but better yet, it would add an awesome new feature to the game.

I would assume it'd be a complex feature to implement in the combat system, and I feel kind of too late for coming up with this now, while the game is already seemingly far in development. But better late than never, and this article just looked like a fitting one to post this on.

that's all for now.

Please, no button mashing. It may be interesting the first few times it happens, but it will get tedious over time.
To solve the attack-cancellation issue (though I doubt it is on the developers list of problems, since it seems very minor) you could put a little effect (like that of a missile explosion) and let it play in the center of the two fighters, then let the fighters experience some blowback based on their damage. This way you feel the impact of your attack without breaking your controller/keyboard.

Fonsj, there's a mechanical problem with your solution. Some people like myself can essentially vibrate their arms, which would be a stupidly large advantage. I have yet to meet someone who can come within 20 presses of me in the mario party games that use the "press A repeatedly" mechanic.

On top of that, anybody with a programmable button (both my mouse and Nostromo have 3+ could get a macro turbo function that would basically be one keypress to win.

Having a special parry animation (or a special effect, as Poklamez said) or allowing the person with lower damage to hit would be workable solutions, but I think the cancellation is fine as it is.