We are slowly but surely working towards our Early Access release. Here’s what we’ve accomplished within the last 2 weeks:

• There's now a Strength requirement for hefting objects and you will lose stamina based on the hefted object's weight. Items within a container will also add on to its weight, increasing the Strength pre-requisite and the stamina consumption of the lift.

More progress on the alchemy system, although we are still experimenting with how to do the effect combinations. Here’s what we’ve progressed on:

• Opposing elemental effects now cancel each other out, eg. Healing (Vita) & Health damage (Mort). It should now be impossible to create a mixture that heals you and damages you at the same time.

• You now receive a message, “Insufficient ingredients,” when attempting to use a Mortar & Pestle with less than 2 possible ingredients.

Some of this stuff may change in the future, as we are still trying to decide on a lot in Alchemy.

Weapons that are sheathed will now be visible on your back or on your side. WIP. Previously only shields & a couple of weapons were setup. We’ll have to setup every new weapon we add, but we’ve setup all the current ones that don’t look silly (e.g. the Club/Ancient Stone Sword).

• Attack speed for the Longsword & Scythe have been decreased, to give them more of a feel of their weight and length.

• Dagger’s attack speed has been increased.

• Hitting “actors,” versus inanimate objects, will now reward you with more experience points.

MESSING AROUND WITH FALLING & HEIGHT DAMAGE

You no longer take the steady 10 damage per any fall beyond the “safe” threshold. Now you actually have a chance to get killed from falling when you have more than 10 health remaining, since the damage increases with height.

• Selecting the ‘Dump Items’ button in the inventory menu will now dump all of your items into a container, if looking inside one, as opposed to always dumping them on the ground.

• Windows are now destructible and have a graphic (glass chunk particle) when destroyed.

• Doors can now be destroyed, no destroy graphic yet.

• Damage popups now appear for any damage taken, except gradual every-frame damage like poison. Previously, certain damage values such as height damage would not spawn a damage popup.

• Stamina damage popups now appear, when enabled, after any stamina exertion aside from every-frame depletions such as sprinting.

• Repair tools can no longer be used (entering repair menu) when there’s nothing in your possession that can be repaired.

A NEW CRITTER JUMPING INTO THE ARCANE RELICS™? 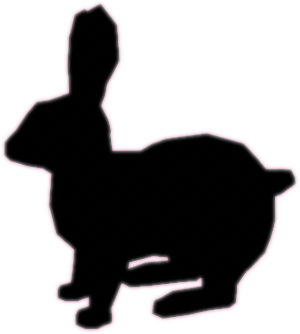 AND WE LEAVE YOU WITH SOME SCREENSHOTS!

Shield in the face!

How did you put the crate onto the players hand???

We are currently using a fixed joint.

When the character picks up the crate, which is a non-kinematic rigidbody, we position the crate to where we want it relative to the character then add a fixed joint and assign the connected body to the target. The target, in our case, is actually the character's hips. The hips are also a rigidbody, but kinematic.