Information on the Tank Warfare Mechanics and some new concept art for the vehicles.

People asked for a wider variety of vehicles in the game, and so you shall receive. Here is a small collection of some of the vehicle concept we are working on. 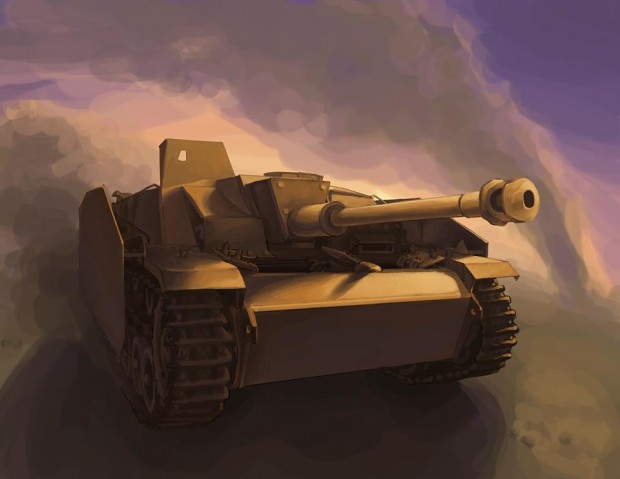 The StuG III was designed to fill an infantry close support combat role, early models were fitted with a low-velocity 75 mm StuK 37 L/24 gun to destroy soft-skin targets and fortifications. After the Germans encountered the Soviet KV-1 and T-34 tanks, the StuG III was equipped with a high-velocity 75 mm StuK 40 L/43 main gun (Spring 1942) and later the 75 mm StuK 40 L/48 (Autumn 1942) anti-tank gun. These versions were known as the Sturmgeschütz 40 Ausführung F, Ausf. F/8 and Ausf. G. 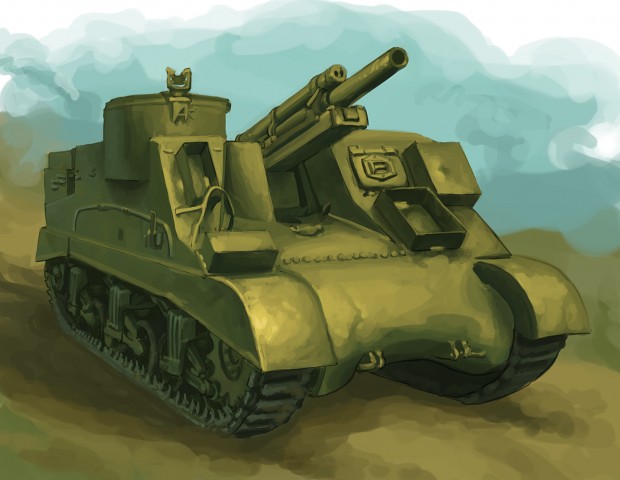 The M7 was a great success. During the Battle of the Bulge, each U.S. armoured division had three battalions of M7s, giving them unparalleled mobile artillery support A total of 3,490 M7s (4267 including the M7B) were built and they proved to be reliable weapons, continuing to see service in the U.S. and allied armies well past World War II. 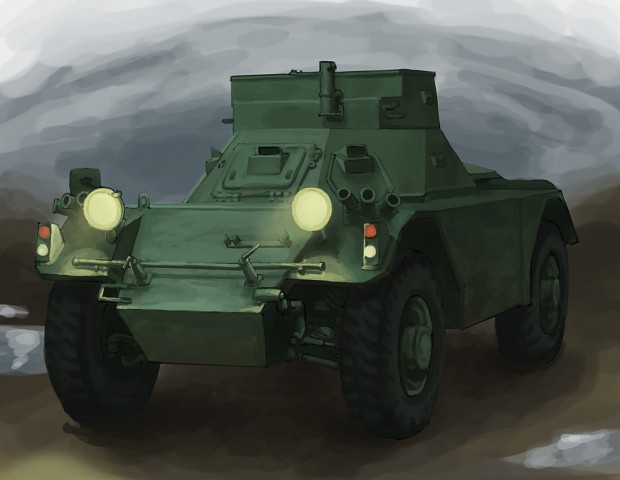 The Daimler had full independent suspension and four wheel drive. Epicyclic gearing in the wheel hubs enabled a very low ratio in bottom gear. It was credited with managing 1:2 inclines. The rugged nature combined with reliability made it ideal for reconnaissance and escort work.

Now seems like a good time to give you some more information on how tank operations work. Squads will work in small teams of four people, and just like everything in DoV teamwork and tactics are essential.

Commander:
The commander's job is to keep a full 360 degree look out, your job will be to spot enemy combatants and relay this information effectively to the other squad members using the build in Squad Commander tools (more on this in a future update).

Gunner:
The role of a gunner is to lay down covering fire suppressing the enemy's movement and offensive capabilities. Your primary targets will be infantry and lightly armoured vehicles. Your eyesight will be limited to approximately 90 degrees.

Cannon Operator:
Your main role will be to destroy heavily armoured vehicles and fortified locations. Your team members will rely heavily on you for protection. The timing and accuracy of your shots is crucial. Although you can rotate your weapon and thus your purview 360 degrees, you will not be able to see any more than approximately 90 degrees of the battlefield at any given time. You will be relying heavily on the commander to spot and relay information about what targets to engage and in what order.

Driver:
As the driver the whole unit will be relying on you for their safety. One wrong move and the tank could get stuck or be lead into an ambush. Your view will be limited to only what is directly in front of the tank.

At any time a player can choose to open his personal hatch on the tank and have a full 360 degree view of the battlefield. But be warned exposing your self so readily might just give a sniper the perfect opportunity to shoot you or worse a stealthy infantry man might throw a grenade into the hatch killing the whole crew.

Remember soldier as a tank operator its not only your lives you hold in the balance, but the whole teams. Other infantry based squads will be relying on you for support. Fail them and the whole team could lose their lives or worse a region of the map you fought so bravely for could be occupied by enemy forces.

can we get a complete list of what to expect ingame? or maybe the armies involed or what fronts we are going to see first

A very good question. We do not want to release to much just yet and spoil the anticipation.

The core mechanics for the game are nearly complete, I am proof reading through the document now before sending it off to the rest of the team.

However the plan is to release these core mechanics ("what to expect ingame") in small chucks once a week.