On update #002 we will get into the battle system and cover a couple of basic commands, spells and it's status effects.

We are going to show you a little about the battle system and how it works. We will be using our protagonist, Guilliam the knight Templar of Vancroft and our aspiring sorcerer Liliana from the School of Magic. 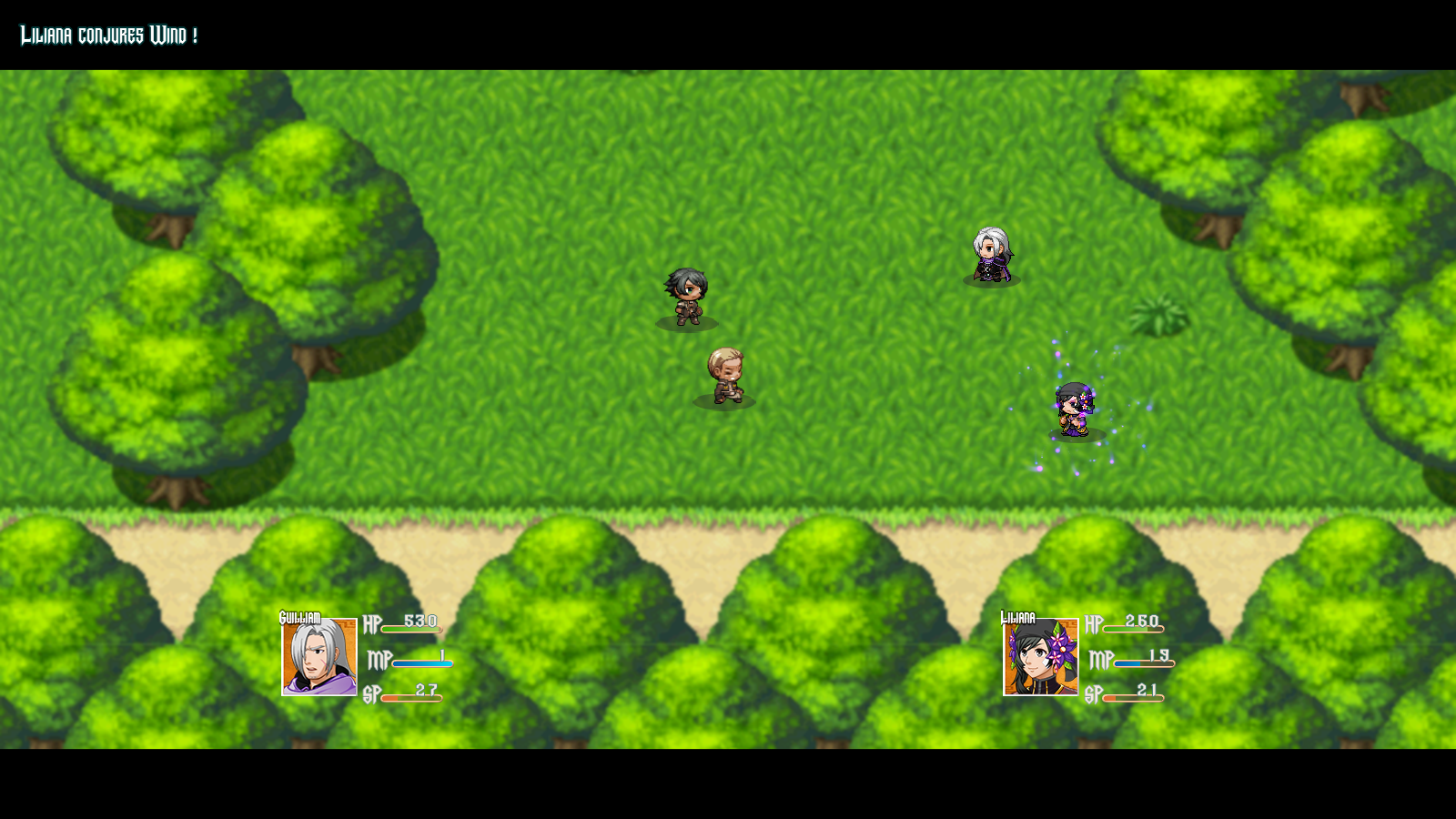 Like previously mentioned every enemy is rigged to give it's best against you and with that said every battle is meant to be your last. 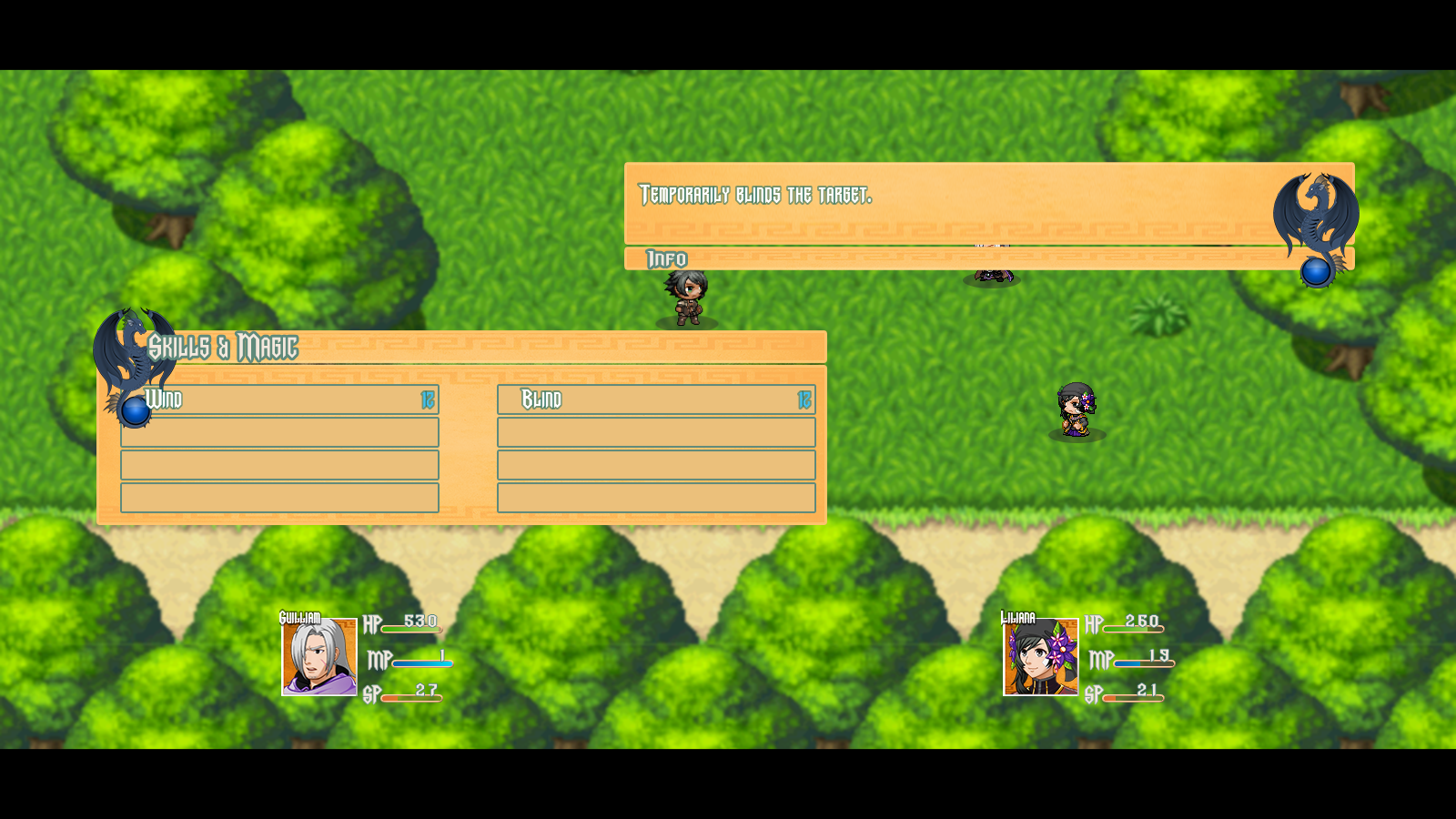 It's up to the player to decide which battle tactic will suite your strategy best.

Not all spells come with status effects, but here are a few examples. 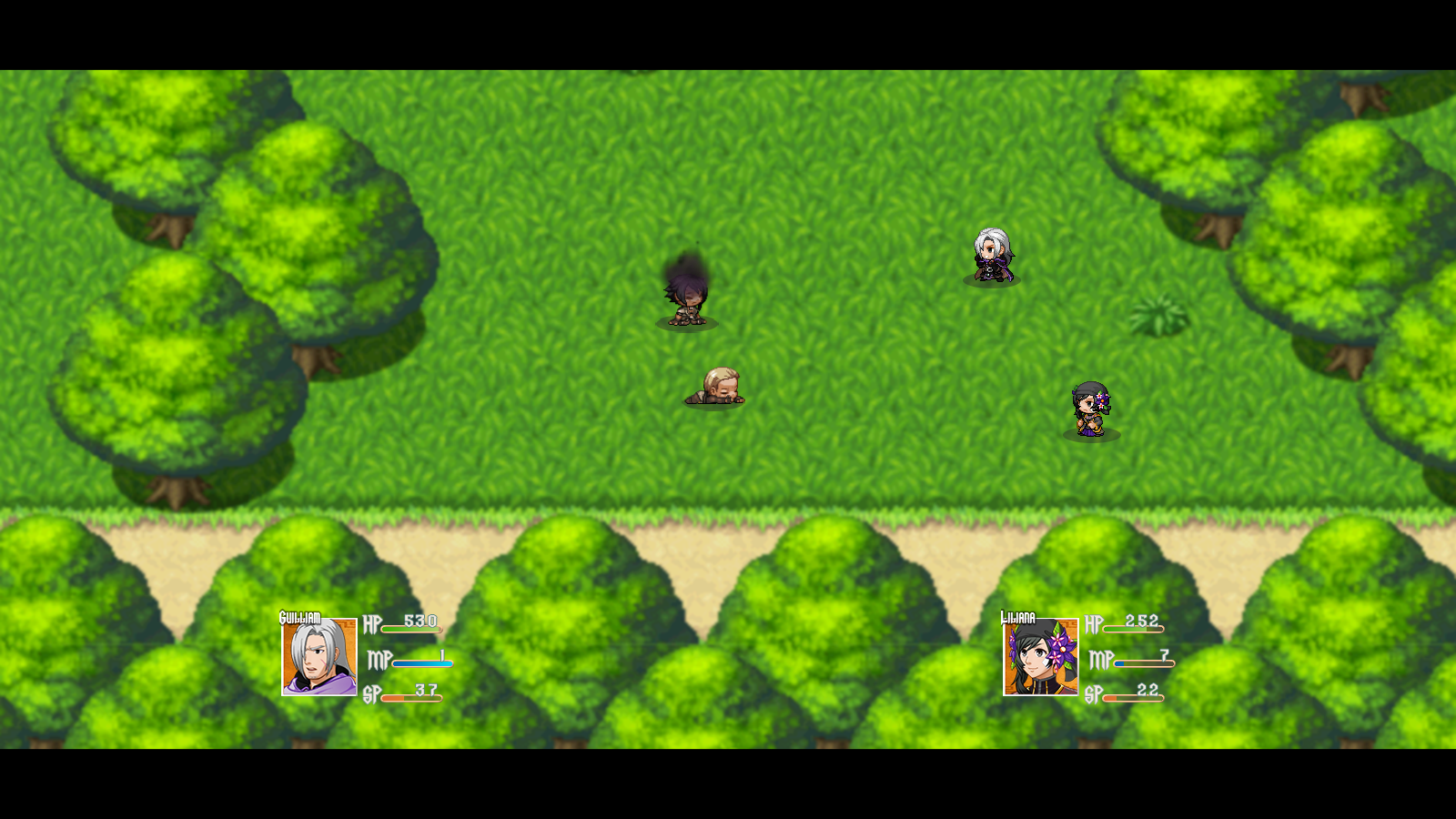 As for Physical Skills with Sword, Bow & arrow, Crossbow, Dagger and knife.

There's a possibility of inflicting After every battle your HP & MP will regenerate completely. Every battle will have a fresh start.

Certain Skills or magic depending how advanced, may require preparation in which it may take one or more turns to be used after selected.

In some battles it will be possible to try and run but success will depend of how nimble the party is compared to the enemy.

Most items can be used right away upon selection, however more advanced items such a scrolls and other enemy damage items may be subject to wait time 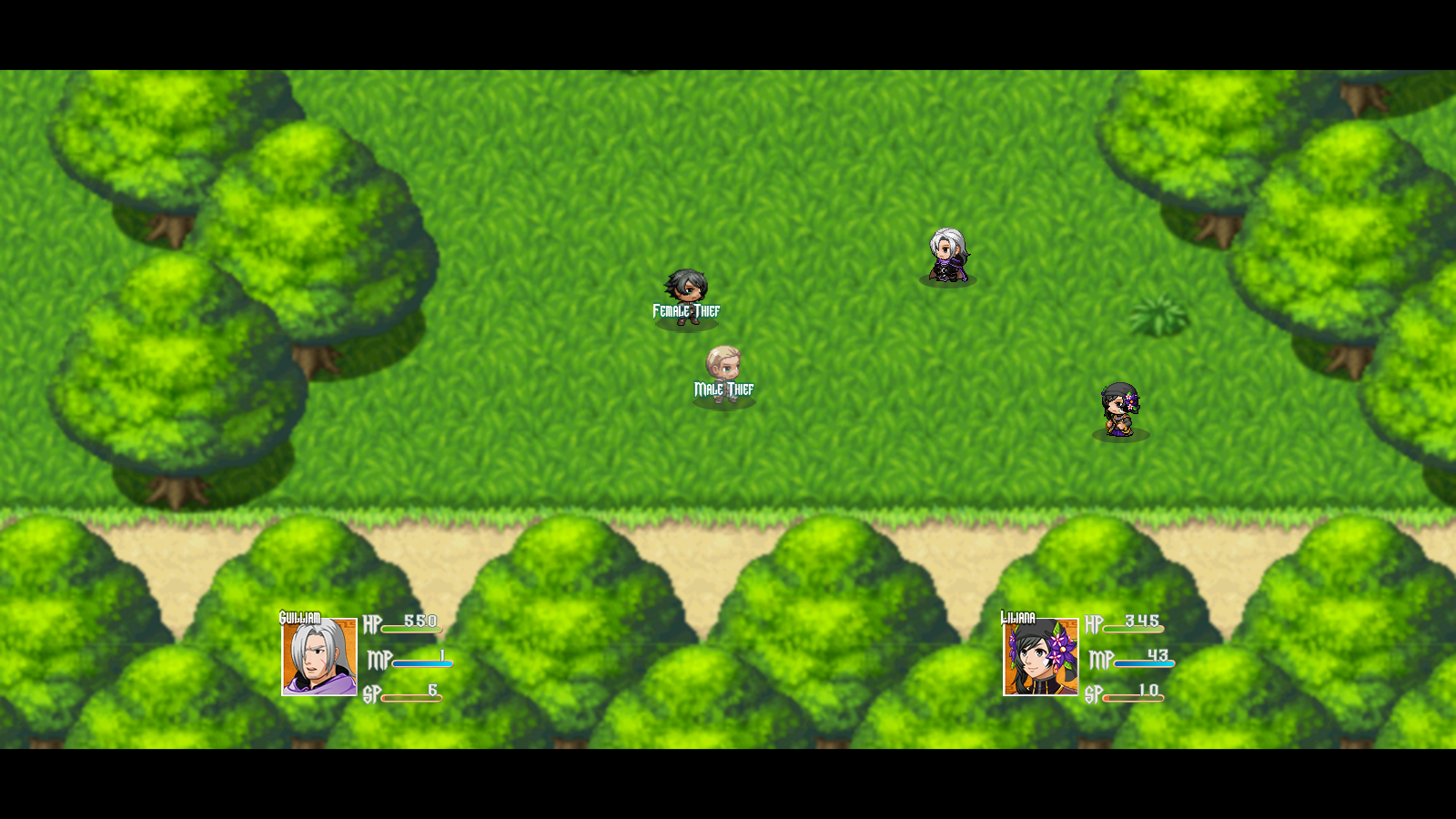 Champion - skilled with Heavy armor and powerful with swords.

Mercenary - A jack of all trades and a master of none.

Some classes will have support characters during battle.

Champions have their loyal squire.

Sages and sorcerers have their assistant/apprentice.

Each class has its pros and cons

Champions have higher physical defense and moderate magic resistance benefiting from a higher than average attack attribute but suffer from an agility penalty due to the heavy armor, making them not so nimble.

Mercenary can fight with any weapon being a sword, bow & arrow, crossbow, dagger or staff.

A mercenary has a moderate attack and defense status as well a decent advantage in agility due to their light armor. This class is ideal as a backup damage dealer or caster.

Are skilled with magic and benefit from a higher than average magic attack accompanied by a moderate resistance to magic, however their lower than average physical defense attribute makes them an easy prey for the enemy.

This covers the battle system and fighting classes for now. More will be discussed at a future update.

Start tracking Swords of Colossus and check our weekly updates!

Next week we will explain a bit more in details the south eastern realm of Elmora.