Folks just to let you know the British can now use a sword whilst the Zulu have access to a club. We've also configured blood plus included many other changes.

Hi folks I thought I'd give you a short summary of some of the many changes that we've made:

Cattle, these have been added to the Mbilini map as the cattle are part of the gameplay. The Zulu must steal the cattle and escort them back to their territory or alternatively (different game mode) the Zulu can capture the various location points where the cattle are. The British of course must stop them

The Mbilini map that is based on the true story and death of Prince Mbilini who was fatally wounded after a skirmish with the British after they surprised him and his warriors whilst attempting to steal cattle.

Yellow Dot
BTW, you may notice the small yellow dots above the Zulu and soldier. This is another configurable option. A player can distinguish his own troops and warriors through a tag (dot or his name) which appears above the AI's head. It helps to distinguish your AI amongst all the others in game AI or help you find them when you are some distance away.

A player can only see his own AI's tag, other players tags are not visible. If you prefer it hard core then you can display no tag if you prefer, this of course makes it harder. 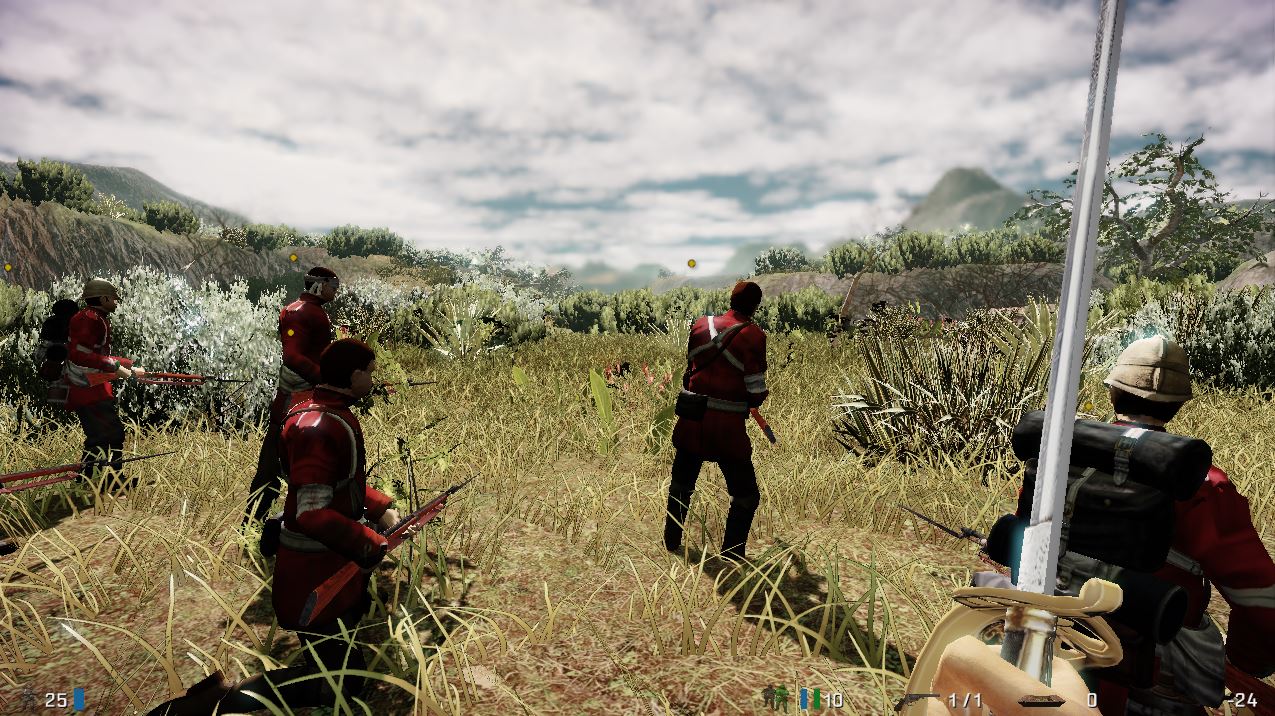 Embarking on a raid 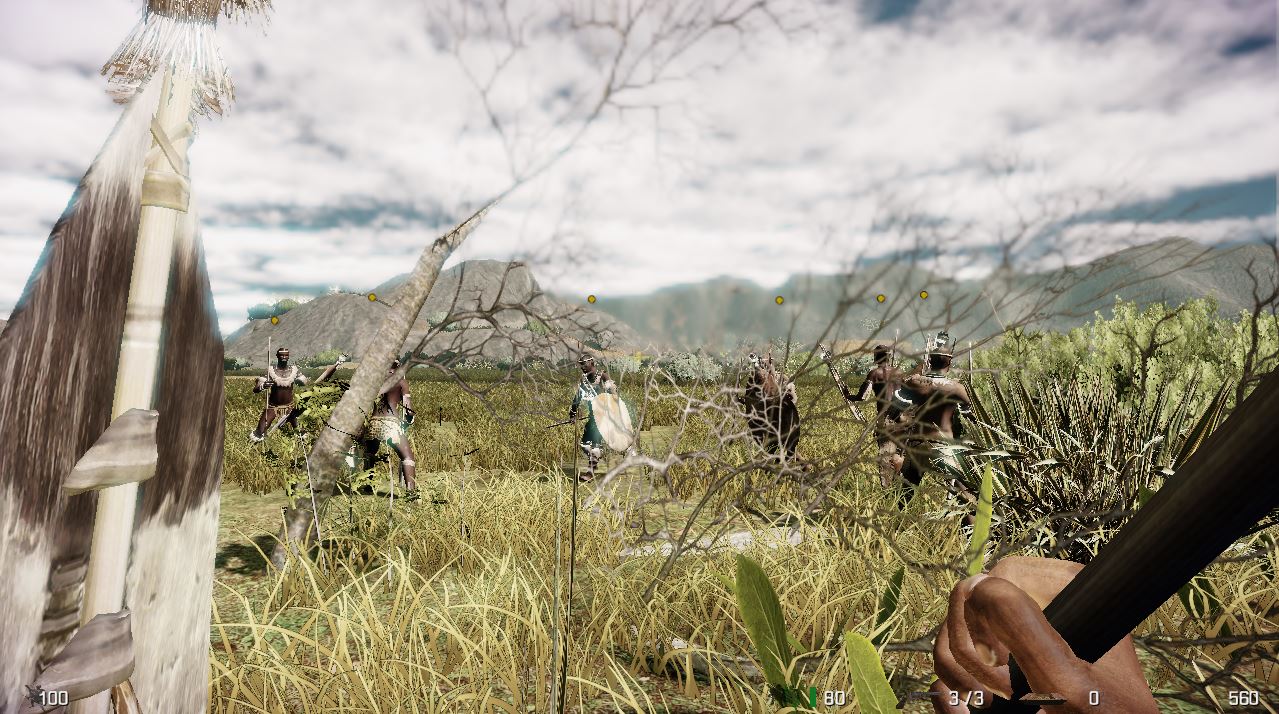 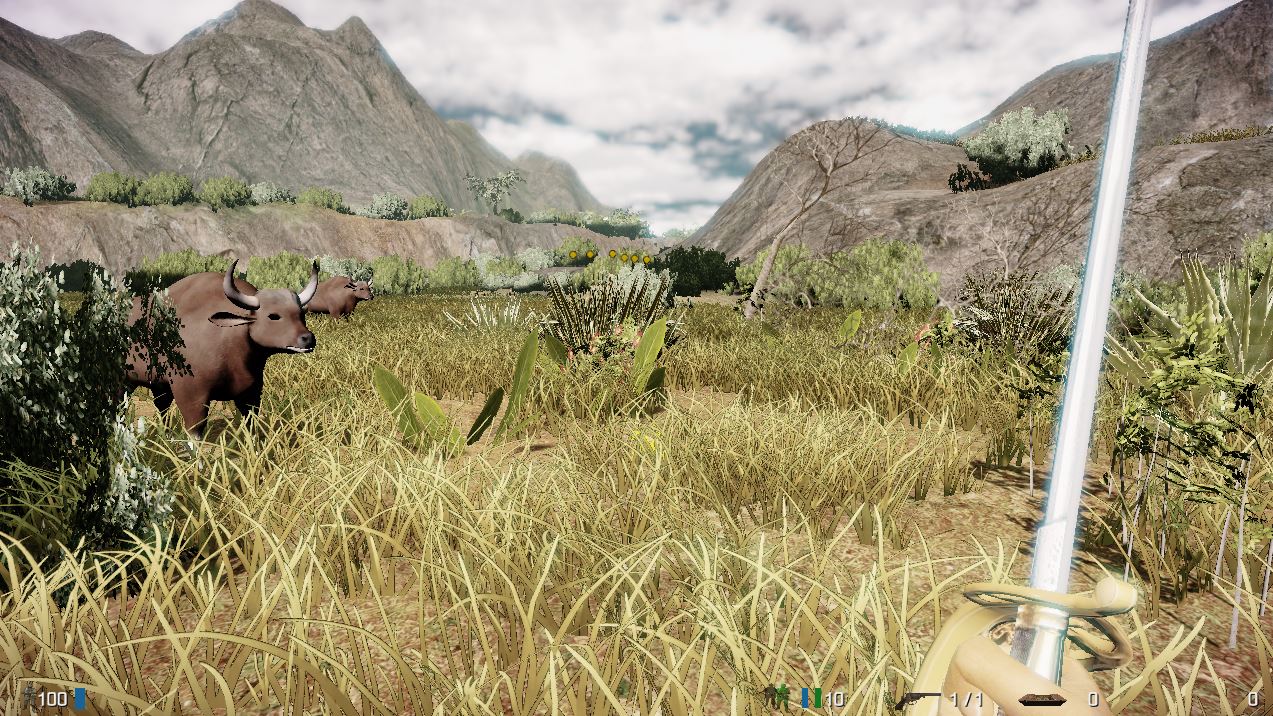 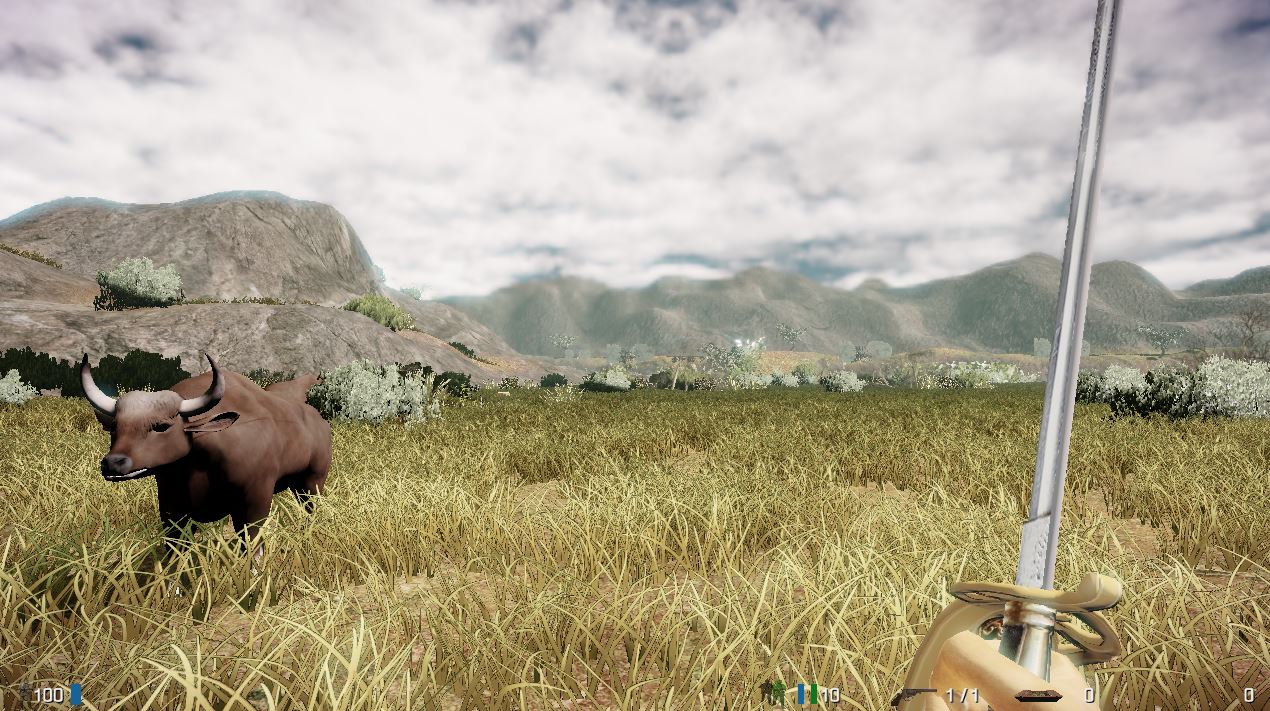 Zulu stealing and escorting the cattle back to their territory 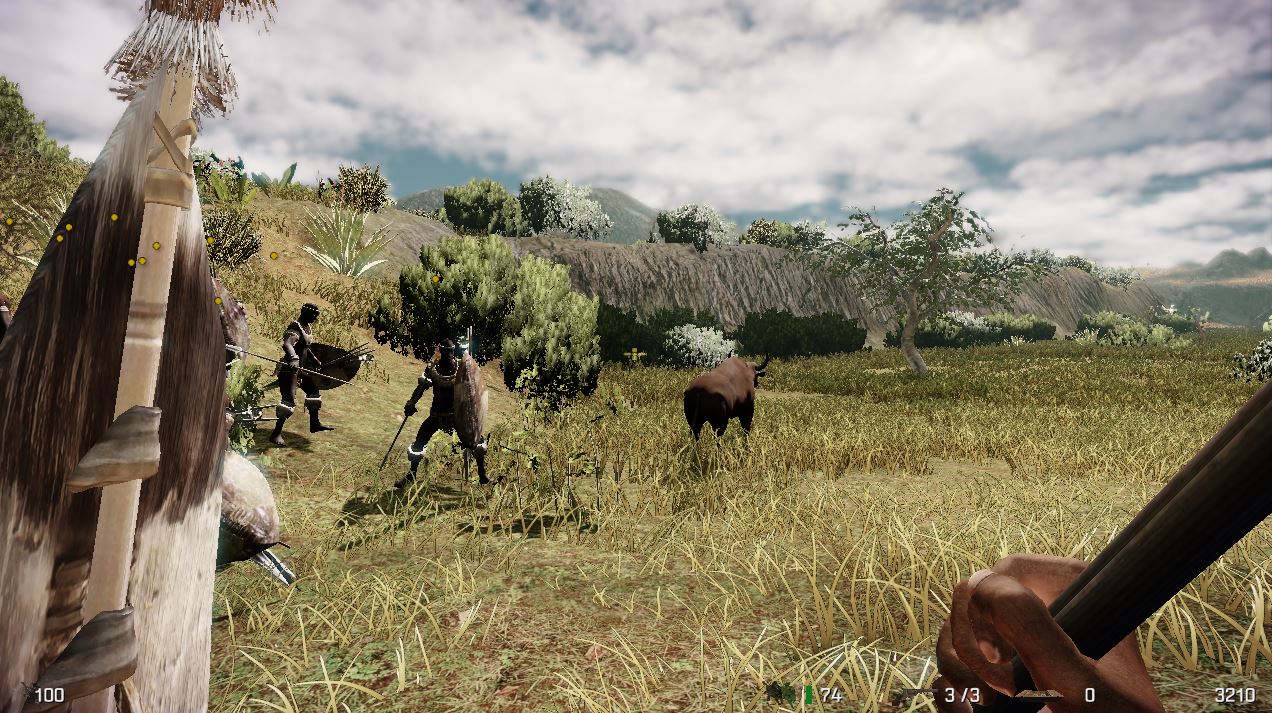 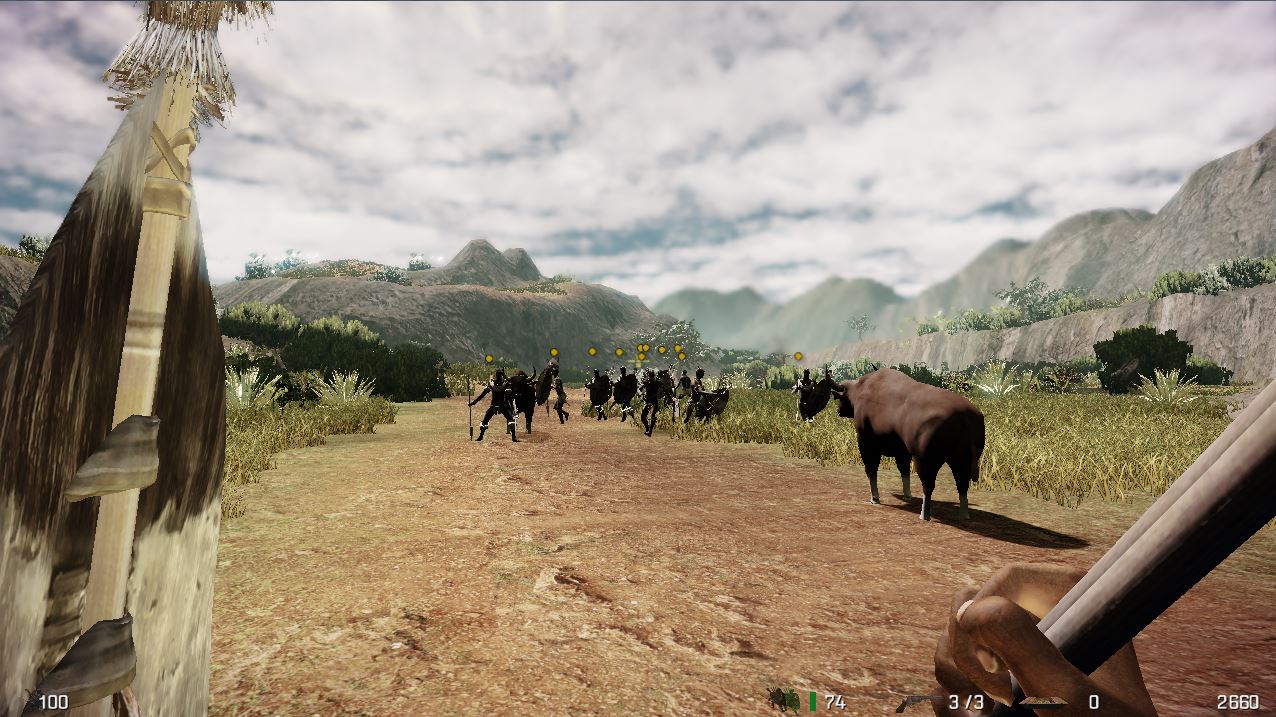 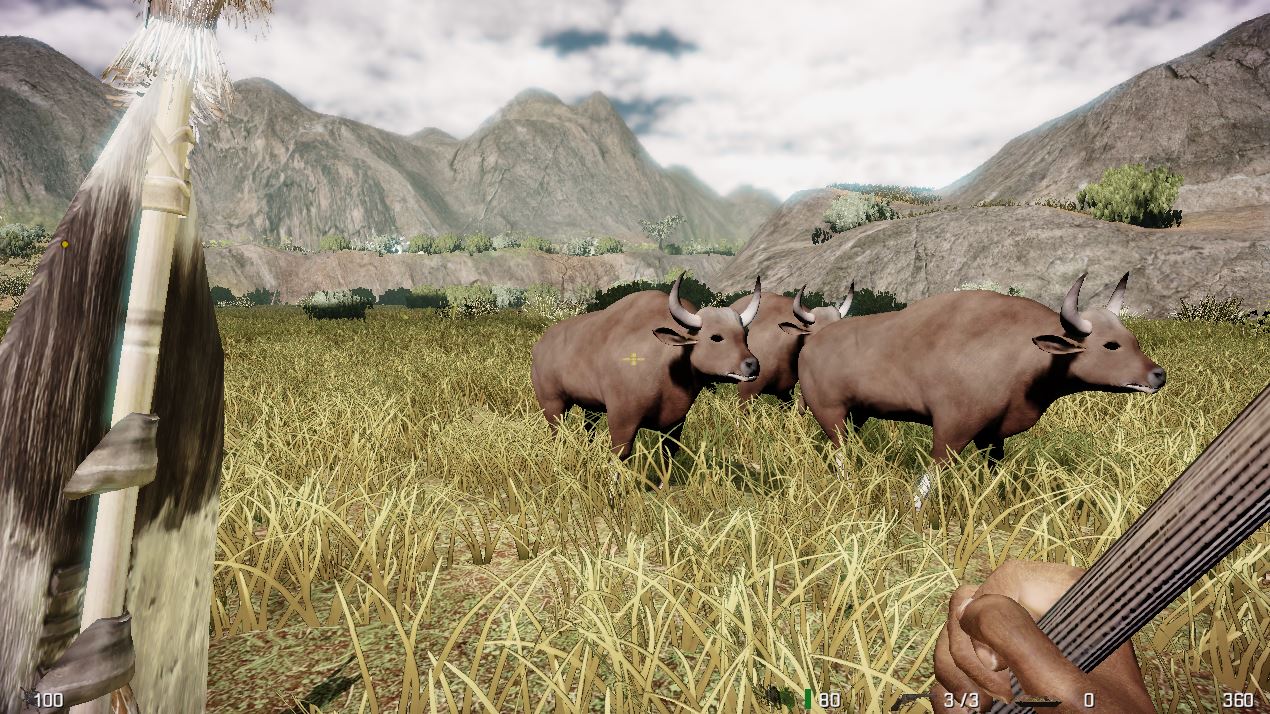 No ... the giraffe doesn't need to be catured 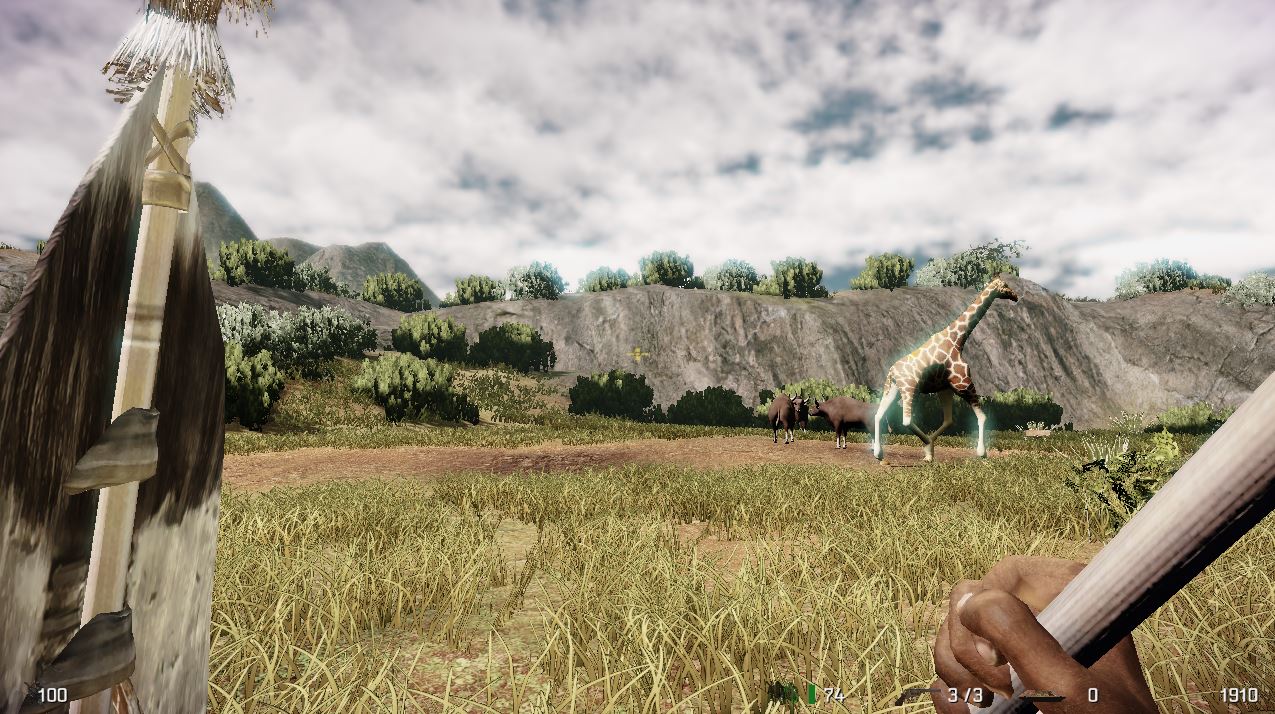