I discuss some of the new features, and show off the cool new graphical additions to the game!

It's been a while since I wrote a full post packed with new content, and I wanted to do this again for a long time now (because it's just too much fun!). I've been procrastinating a little with the whole "blogging" bit, but I'll be getting back to the weekly writing again now!

Anyhow, let's get to the new stuff!

I always considered my game to look OK, but it wasn't particularly thrilling. Well, naturally, I'm not a star at graphics and I haven't had any education on the subject neither, so I didn't expect all that much.

Than this guy came along and wrote a shadow shader. It was super easy to implement, and he helped me personally to iron out a couple of issues I had, so go check his cool stuff out! 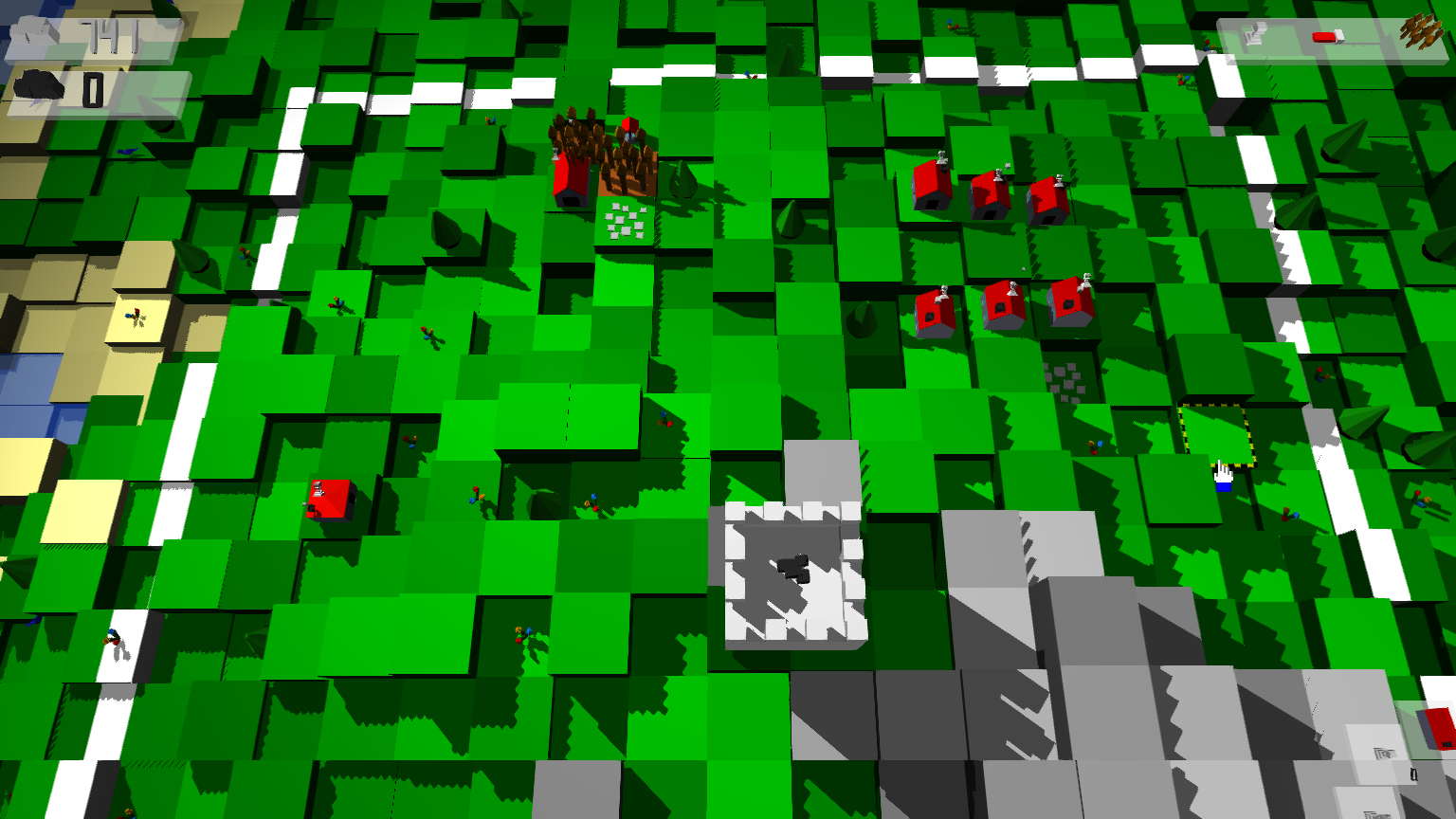 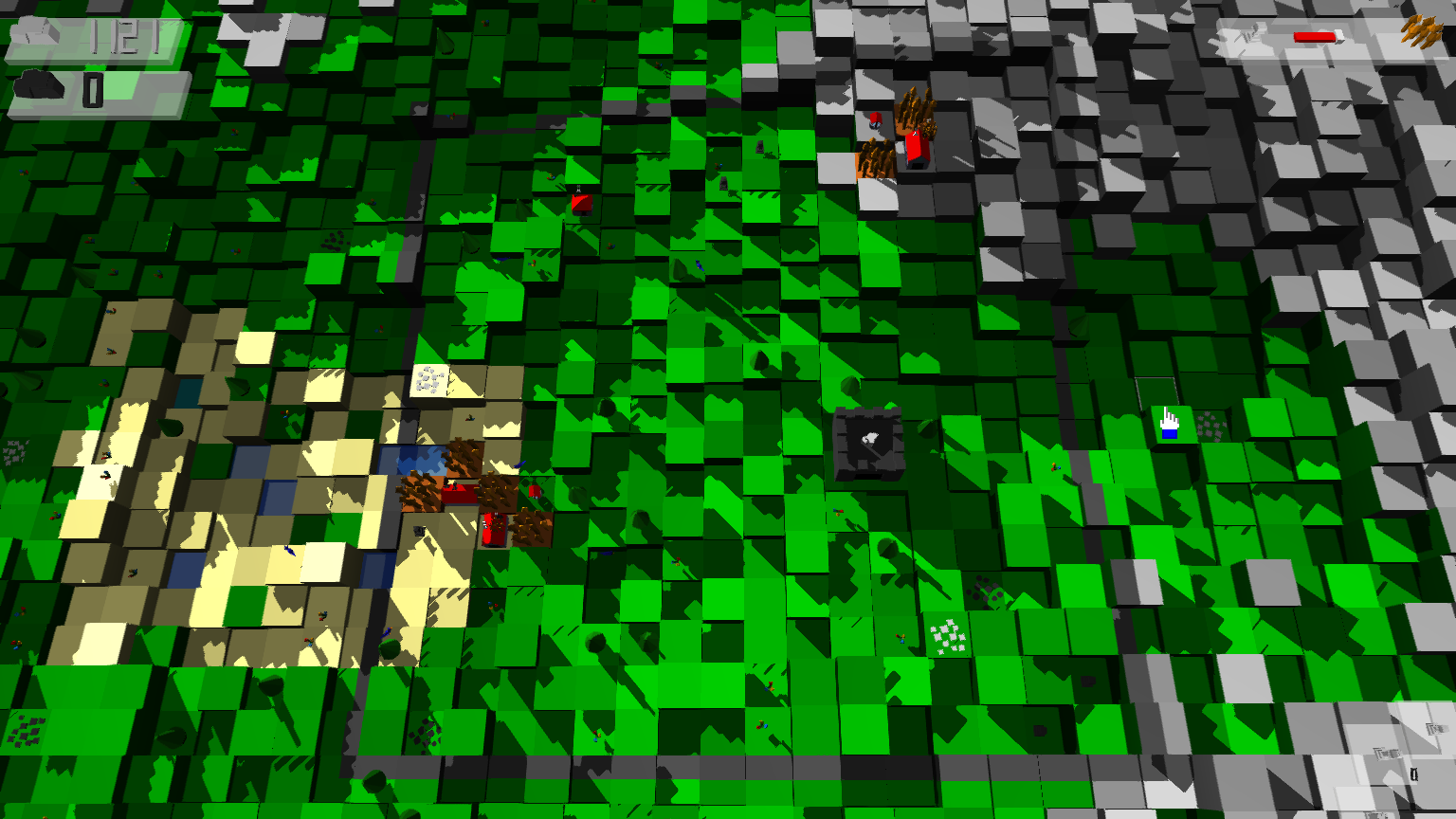 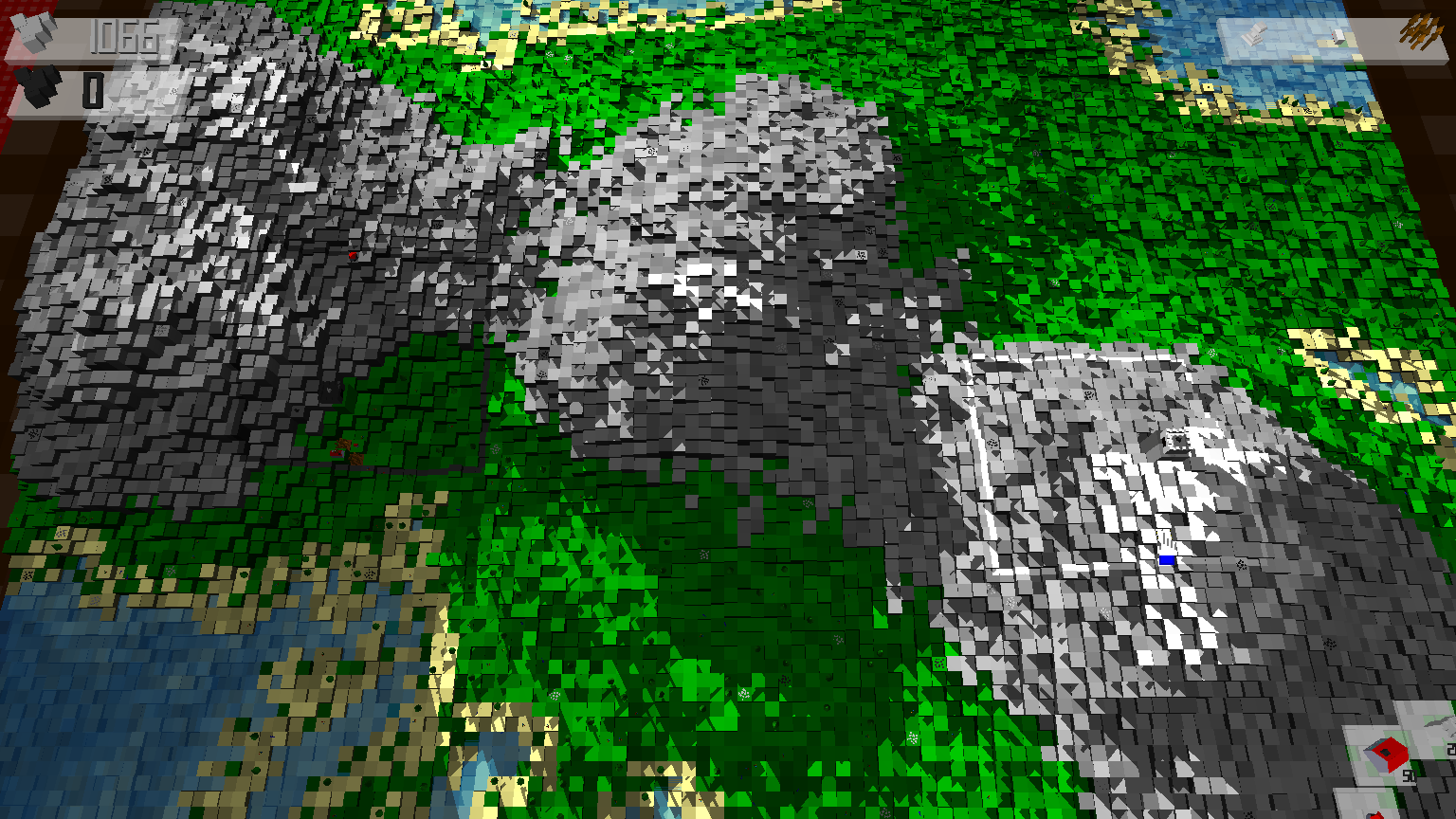 This is looking so cool now! I'm super excited to show off my game now, thanks to this amazing shader! It's absolutely superb!

As a more subtle change; I've recoloured the water a bit to make it a tad more pretty. Now the world looks like some kind of magical paradise, and I can't wait to live there!

I've been doing more stuff throughout the two weeks! As I've mentioned in the last post, I've been playing actual chess to re-design and re-shape the game to become more like chess. Particular interesting moves popped out and lot of these weren't available in Checkmate.

Note that the *.gifs you're seeing have been made before the shader update, so they're still "not so pretty".

Let's start with the first major change: You don't play a turn simultaneously anymore. This, already, didn't make a lot of sense from design perspective, so I went and redid all of the mechanics in the background to give you this:

I took a bit of inspiration from Hearthstone with the turn indicator, I will admit, but the point here is that you now control all of your pieces in one turn, followed by the other player controlling his/her pieces within one turn aswell.

You can still move all of your pieces within one turn (except for when you're at check, but that's a subject for later), which makes the game a lot more tactical. You may be able to look ahead two or three steps in chess, but in this game, you're going to have to think ahead at least 5 in order to make some proper decisions.

This new strategy might be a little too heavy for new players, so I will be adding some "play aids" in order to display as much information to you as possible, and make the game a little less hard on you.

On of these "play aids", is the tactical view, as displayed below:

Finally, I've added in another thing which is crucial to chess; Blocking attacks with other pieces. In the previous version of the game, you could just attack any piece, so the only way to prevent attacks was to actually take out the attacker.

This removes a lot of the fun from chess and prevents a lot of good moves. Now, with the new system, you can do funky things such as discovered attacks, pins and all of that cool jazz called "tactics"!

Here's the block in action:

Obviously, the black rook shouldn't have taken the pawn in the first place, but it's a nice demonstration nevertheless.

I don't have anything for the "bug fixes" category, because I haven't been keeping a changelog. So, let's just move on to the discussion bit.

With these cool new additions, it suddenly became a lot easier for me to program an AI which can perform basic movements. You already know that there's an AI, and that it builds stuff to maintain it's pawns, etc. However, it doesn't do anything yet, apart from that.

Next week, I'm going to focus on getting the defensive part of the AI setup. Have it take particular threating pieces, have it block dangerous attack and have it move the king out of the way if it's at check. Nothing too fancy, but it'll be a good foundation for the rest to come.

I've already came quite a long way (or so it feels), and I'm quite certain I'll be able to pull something out of this in the long run. We'll see what happens...

Thanks for reading, and have a great day!